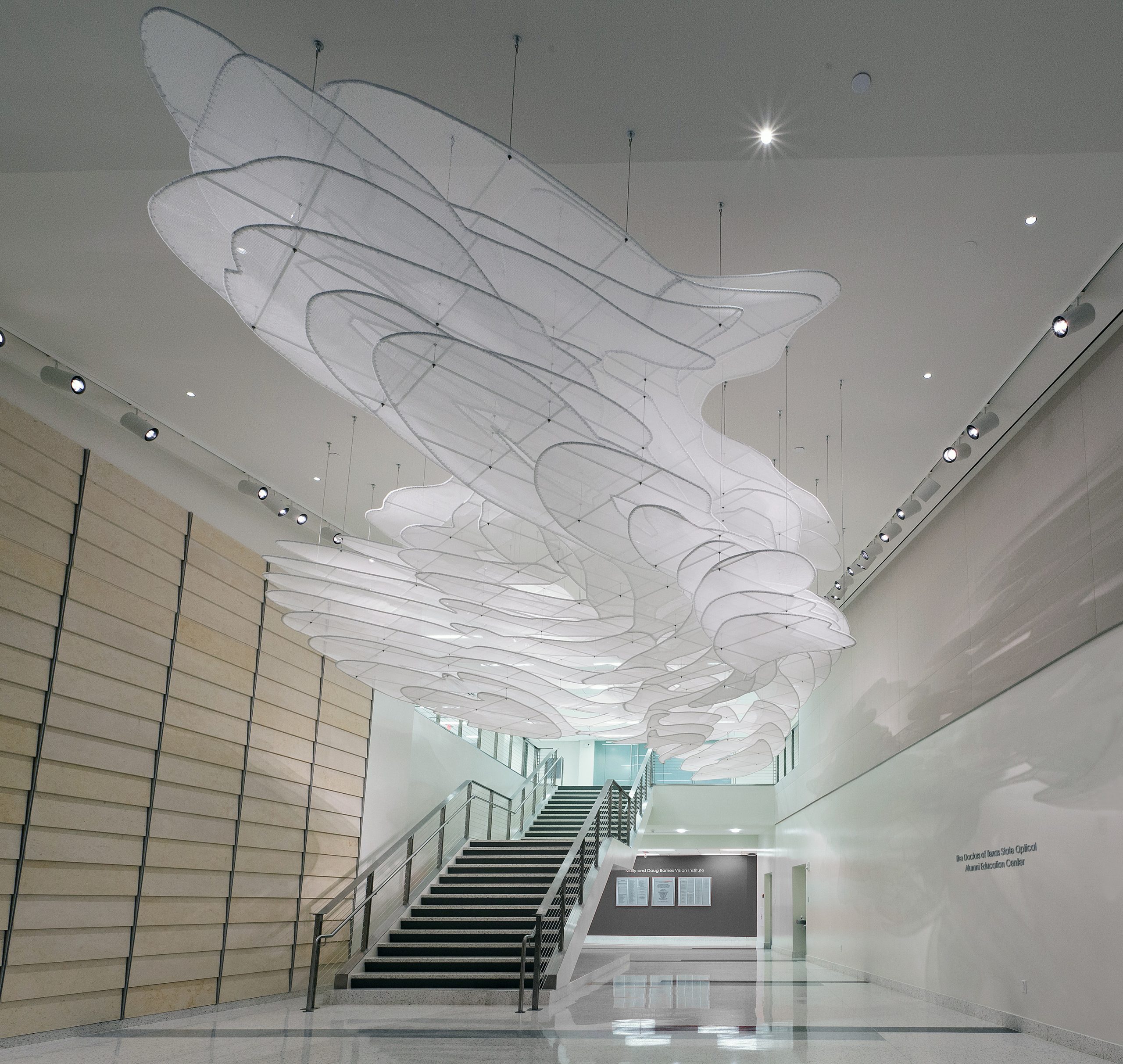 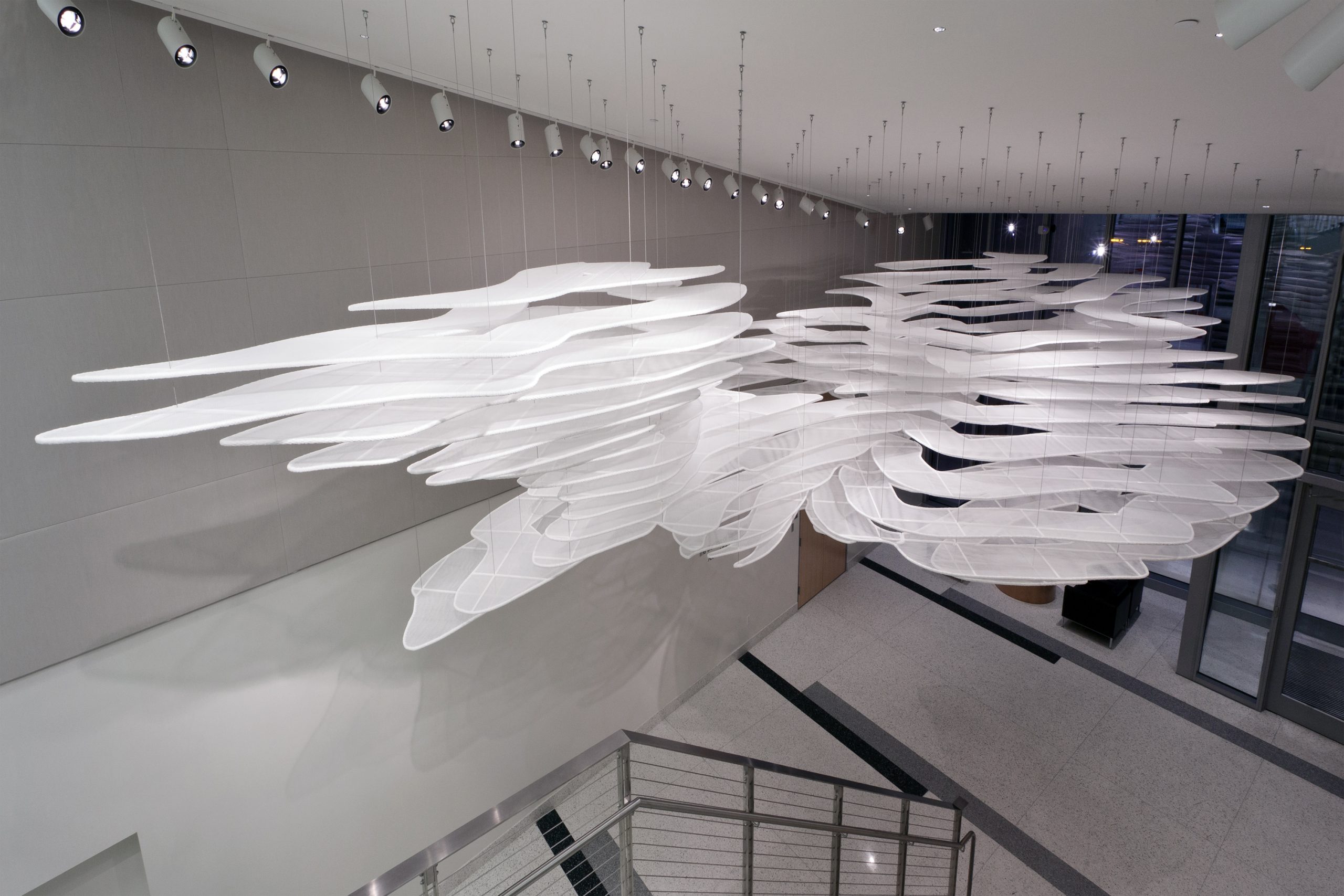 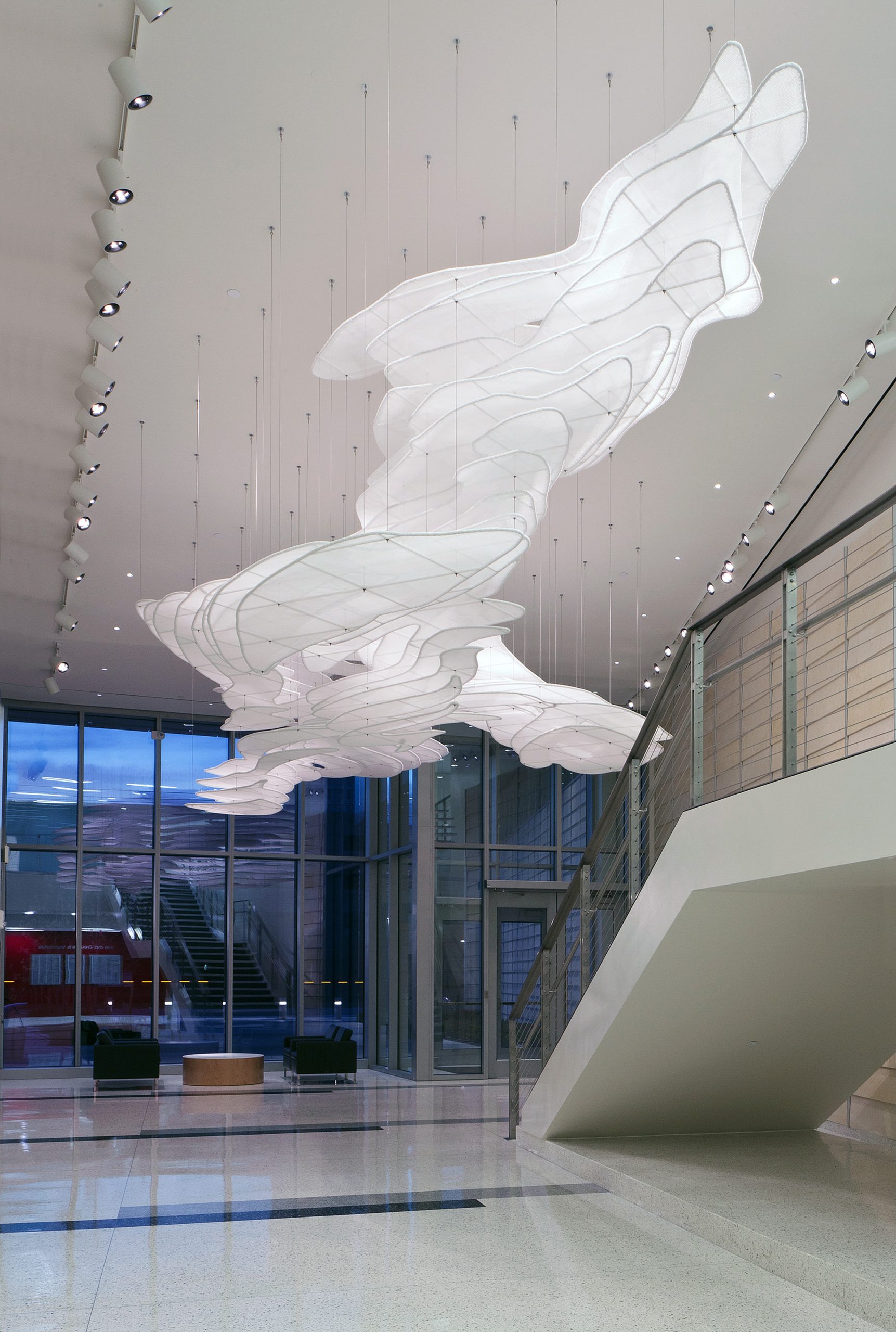 low is a sculpture commissioned by the University of Houston for the College of Optometry entry in the Health and Bioscience Center. The sculpture was a suspended lightweight semi-transparent cloud-like form. It was designed and built as a configuration of topographic-like planes that would swell and even surge from the stairway to expand within the entryway space.

The use of semi-transparent shade cloth allows for a rich overlap of layers. Though the planes that configure to create the topographic-like form are stacked, they are visible one through another. Also, the structure of the white frame behaves like a kind of drawing in space and is visible through the shade cloth membrane. The result is an almost vitreous appearance, like glass without the weight and fragility.

Though the sculpture might be said to resemble a cloud or evoke in the viewer a sense of being underwater it is non-referential and meant to operate as part of the architectural space. I imagined that sections of the ceiling in the entryway had magically become Jean Arp-like flat shapes and then accumulated to make complex three-dimensional forms. Still it seemed fitting that the work suggests notions of the fluid and the dynamic, concepts profoundly resonant with the anatomy and function of the human eye.

It was designed and built as a configuration of topographic-like planes that would swell and even surge from the stairway to expand within the entryway space.