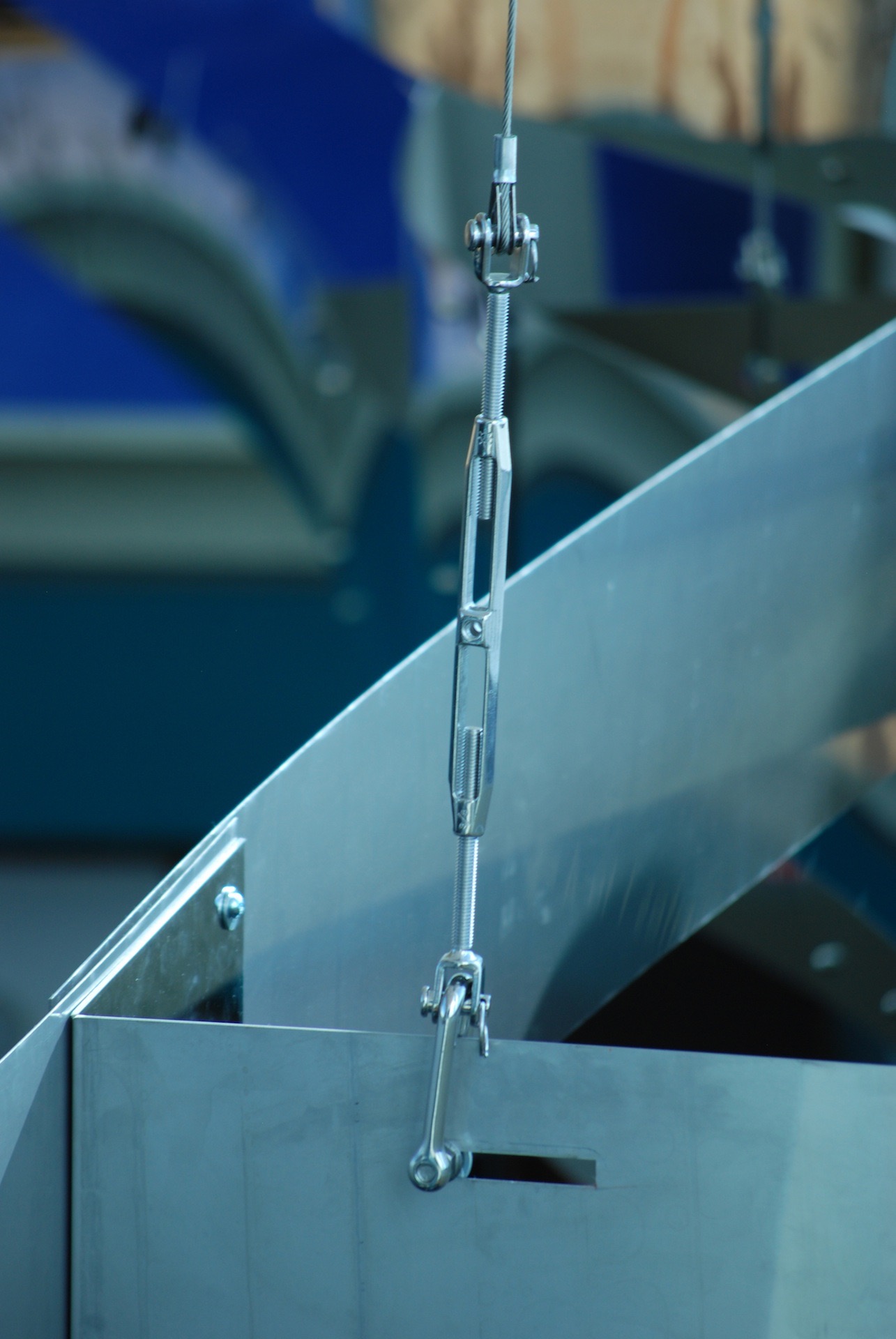 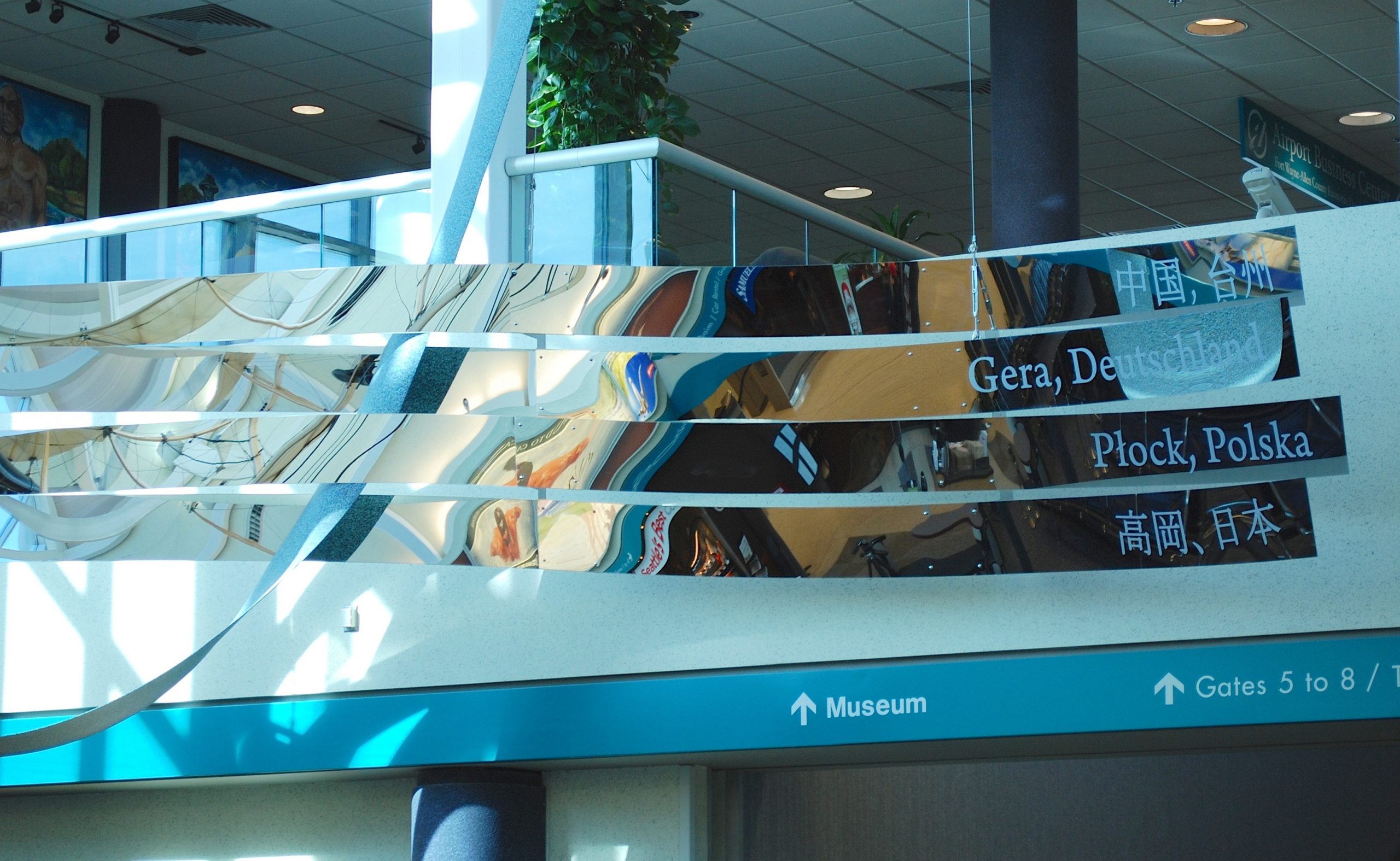 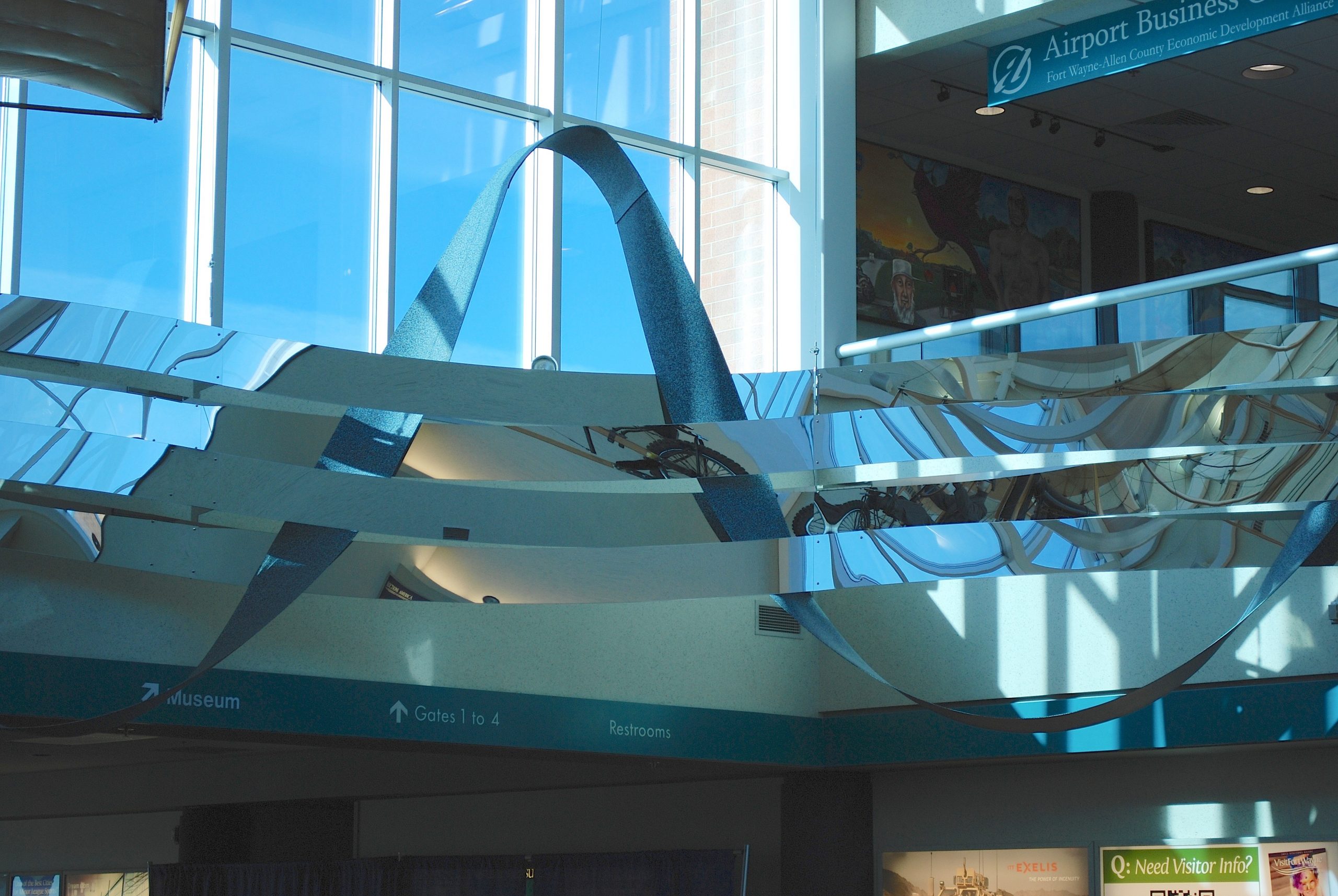 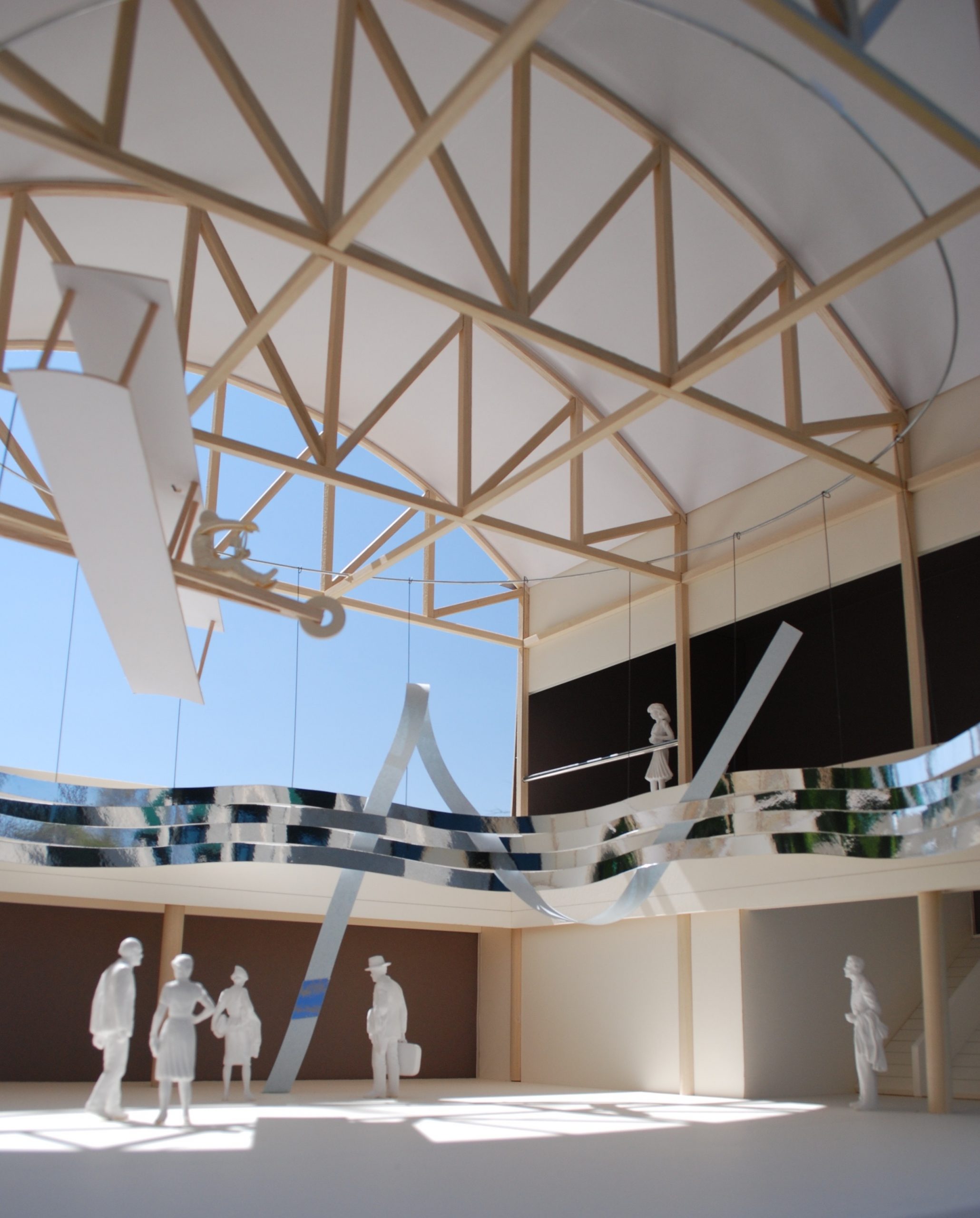 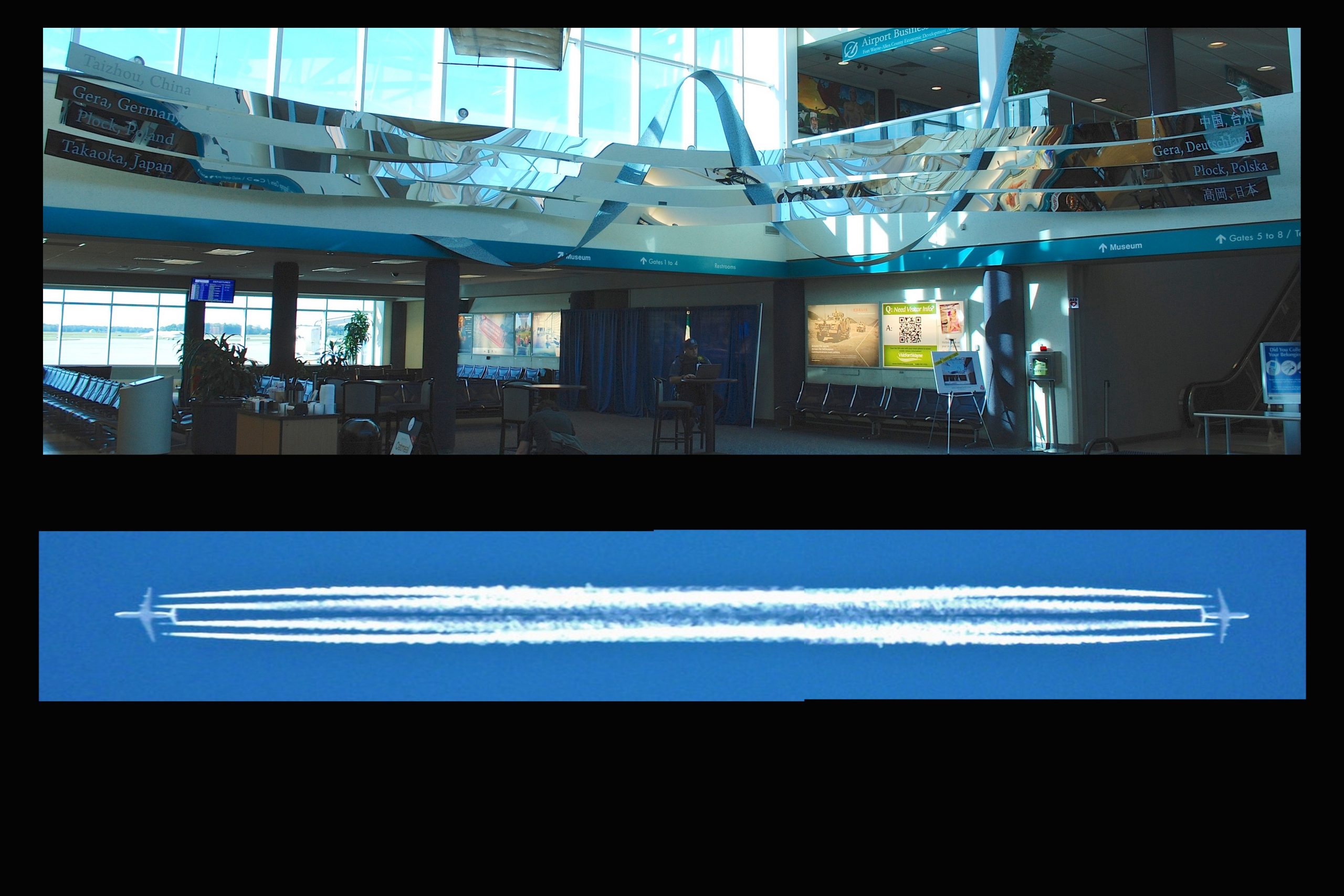 Air travel provides opportunities for the citizens of Fort Wayne and her four Sister Cities to visit, share and learn from each other.
These travels are often made physically visible by “threads” of airplane condensation trails that almost literally draw lines in the sky linking Fort Wayne with her Sister Cities.

A fifth band, representing the City of Fort Wayne (the weft thread), “weaves” the four Sister Cities together.
Each horizontal band is identified with the name of one of the Sister Cities: in English on one end and in the native language of that city on the other.

Primary goals where to provide a sculptural metaphor for "air travel" and use forms, colors, materials and details reminiscent of aircraft construction.

I worked with both the Sister Cities organization and the management of the Fort Wayne International Airport to create a piece that integrated with the architecture while expressing the importance of air travel to cultural sharing.