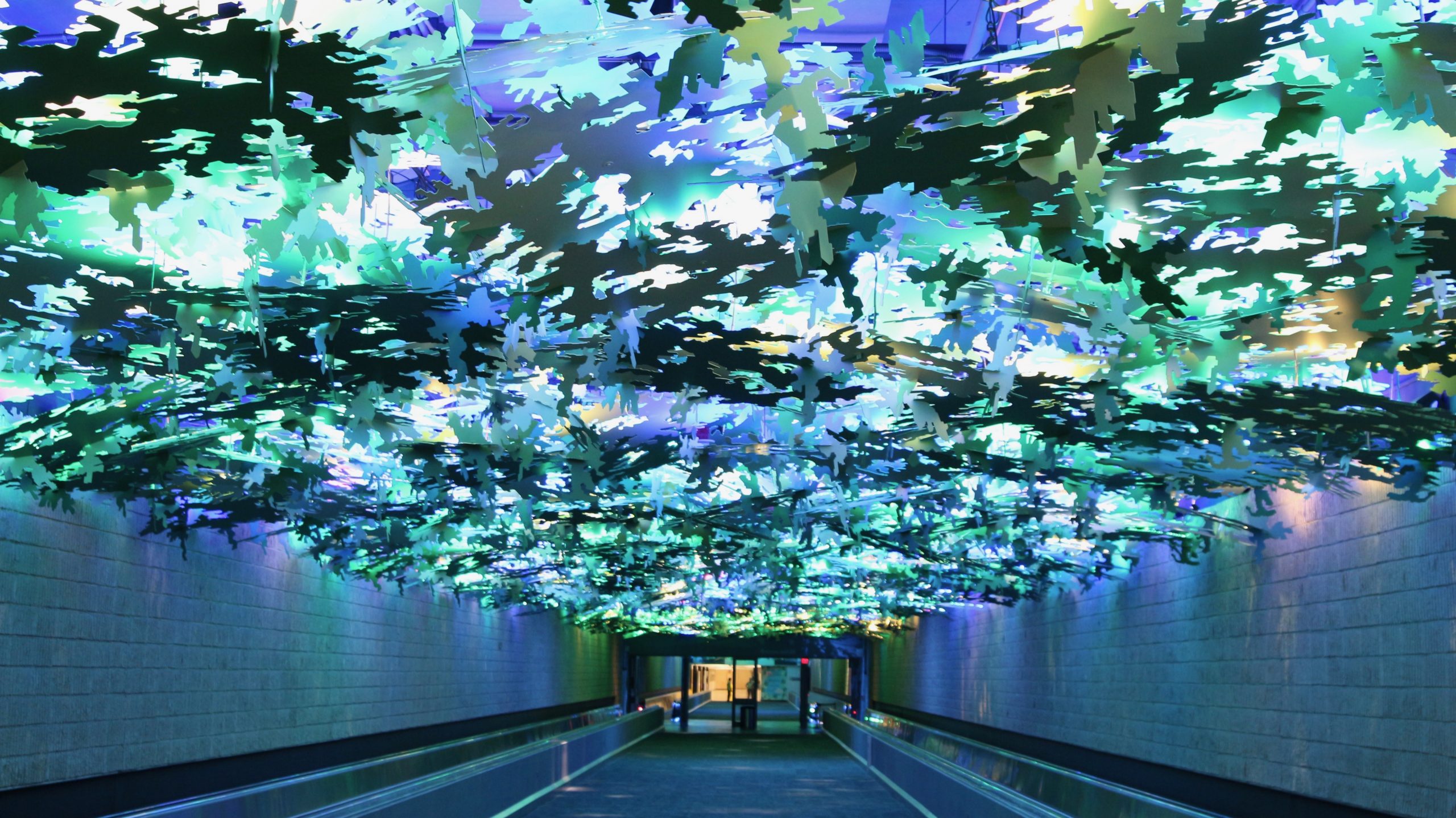 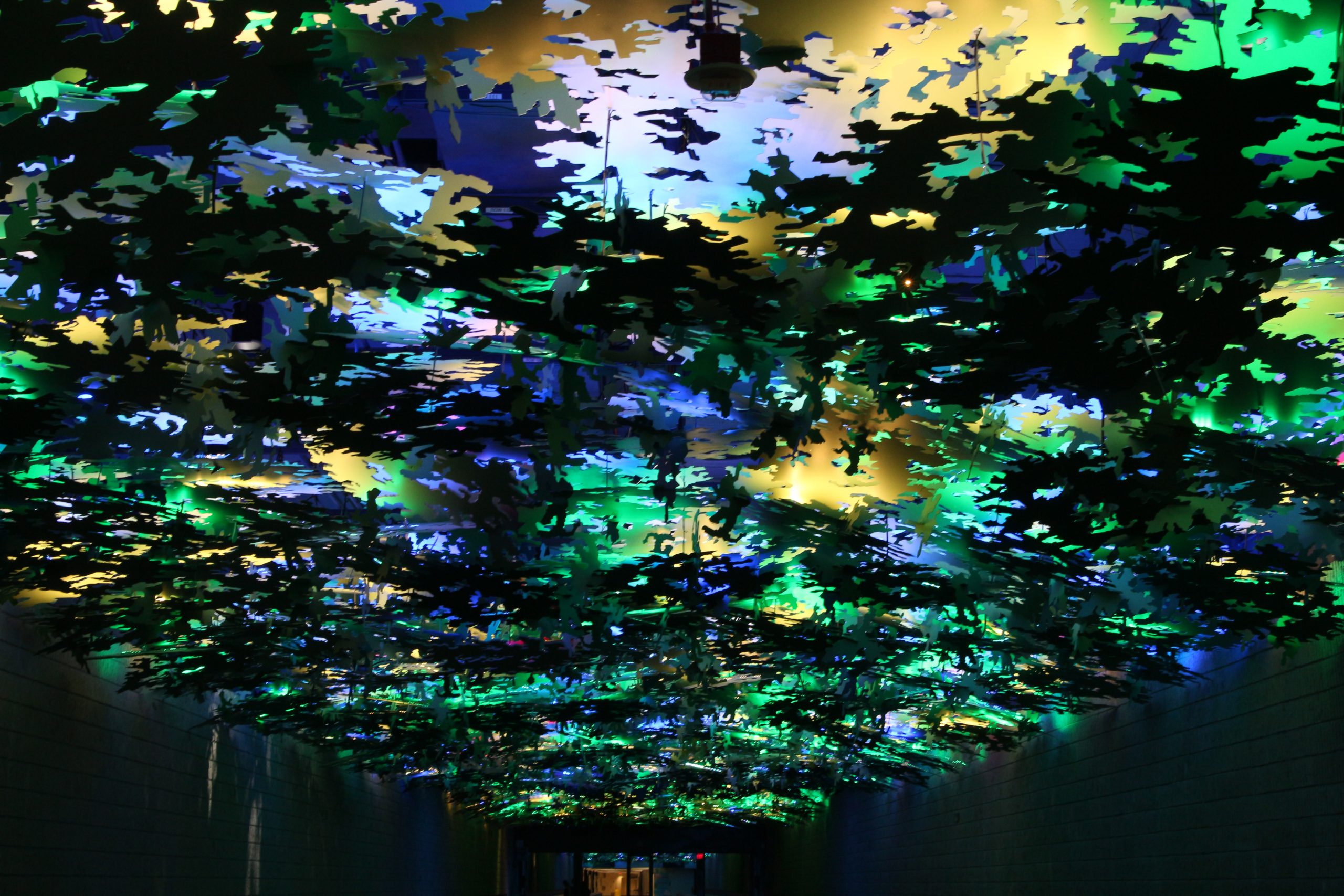 The City of Atlanta

The Flightpaths installation is an artist’s conception of a walk through the native Georgia forest. With 18,000 square feet of walkway between terminals A and B in the Hartsfield-Atlanta International Airport utilizing lighting, video, scenery, projection and audio to create the environment.

The City of Atlanta published a contest to solicit designs for the project and artist Steve Waldeck was selected as the winner. Mr Waldeck's original design was an artists conception. The challenge in the project was adding the technical infrastructure to achieve the goals of the project and bring the artist's vision to life in a repeatable exhibit under the taxiway of America's busiest airport.

The City of Atlanta originally awarded the design competition over ten years ago. Due to delays in funding and logistics a lot of time passed and the original technical elements for the project became dated. The technical team on the project stuck with it and over the years continued to seek out the most advanced technology for this unique repeatable exhibit. Many artists collaborated together to bring Mr Waldeck's vision together in a cohesive environment. This included video content creation, video/lighting direction, audio design and lighting programers who worked together to produce a unified representation of Mr Waldeck's original concept.

Installing a exhibit of this scale in a public airport was extremely challenging. With the facility never being able to be shut down the designers and technicians had to work around passenger traffic, airport, FAA and TSA regulations.