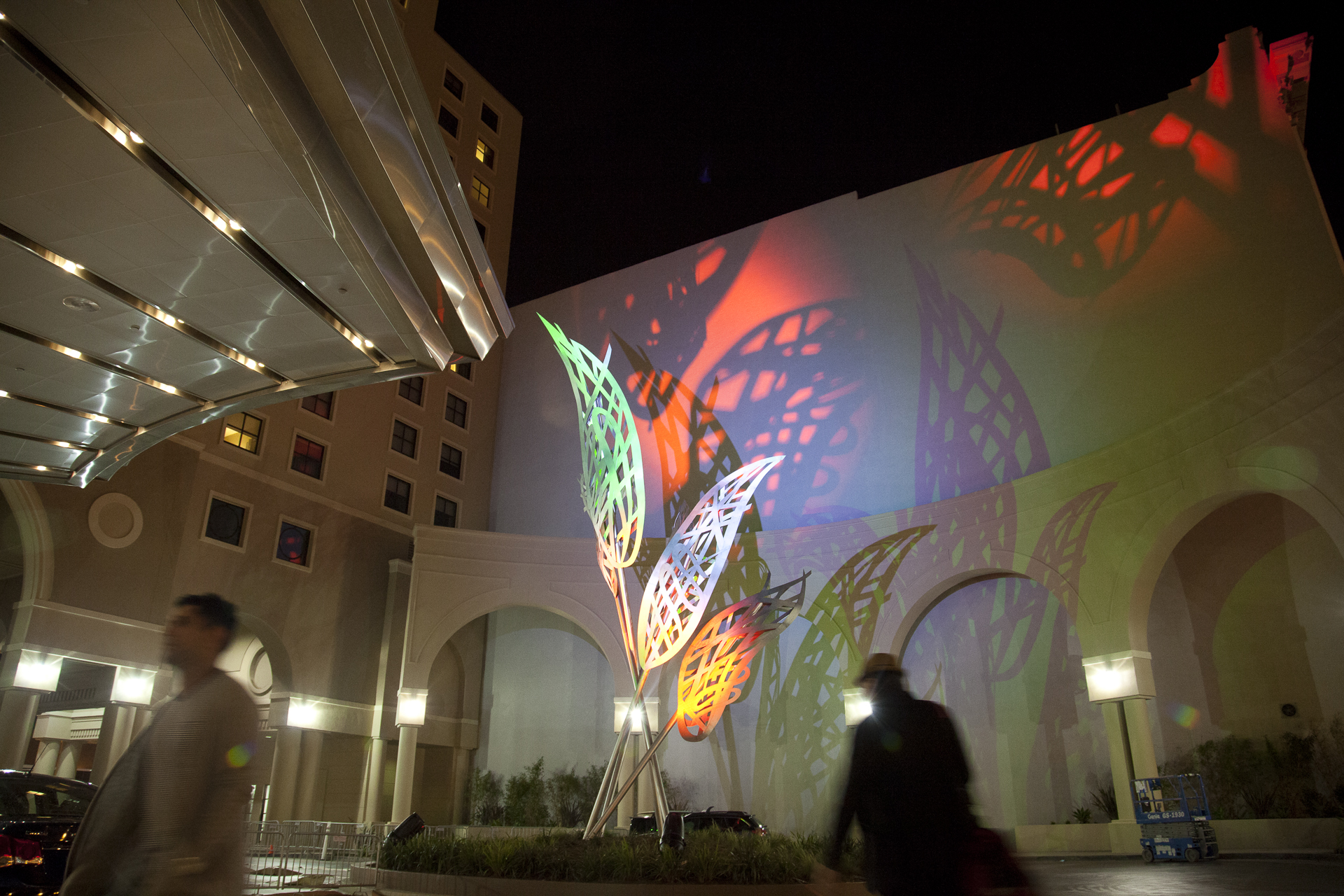 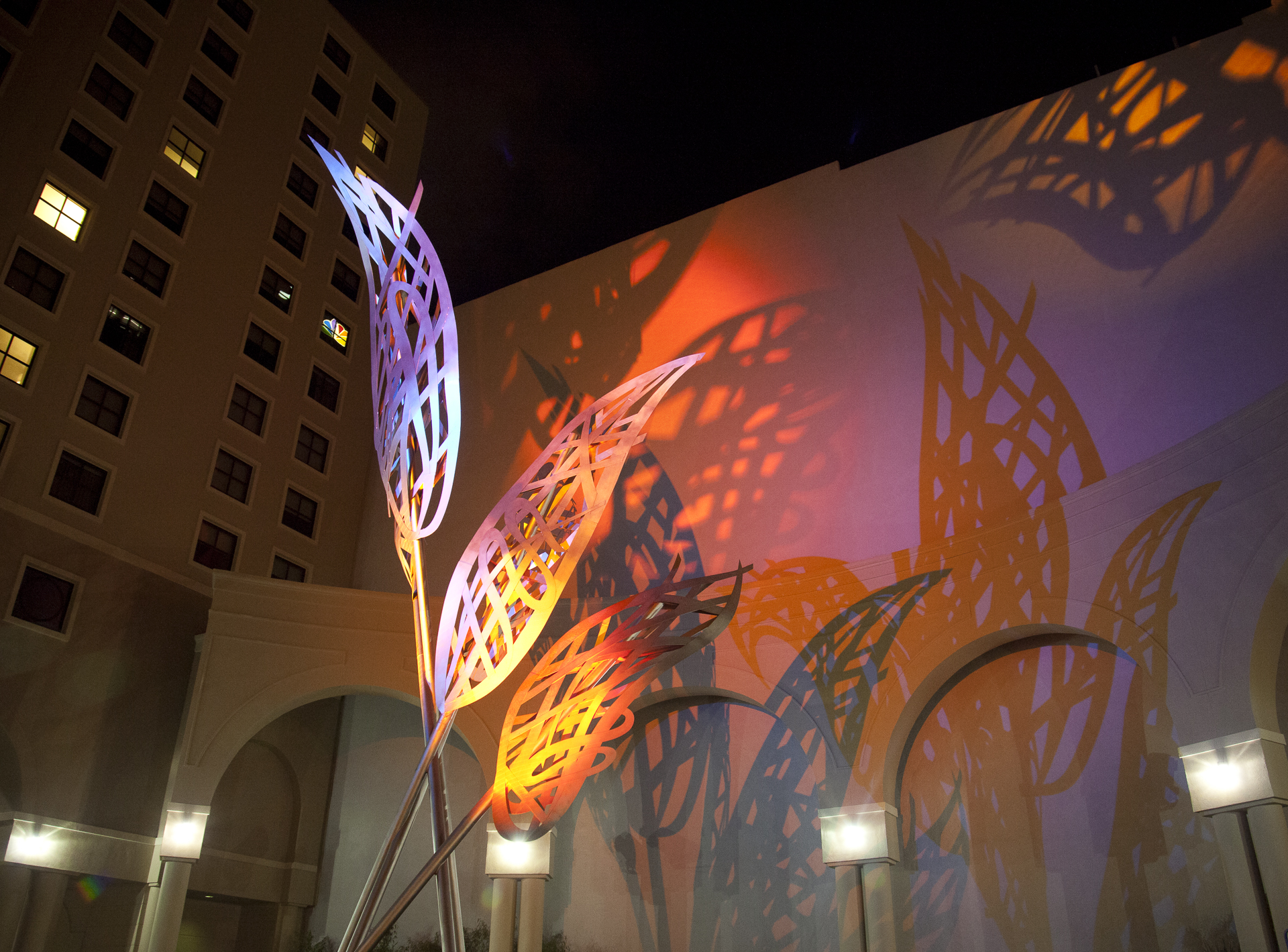 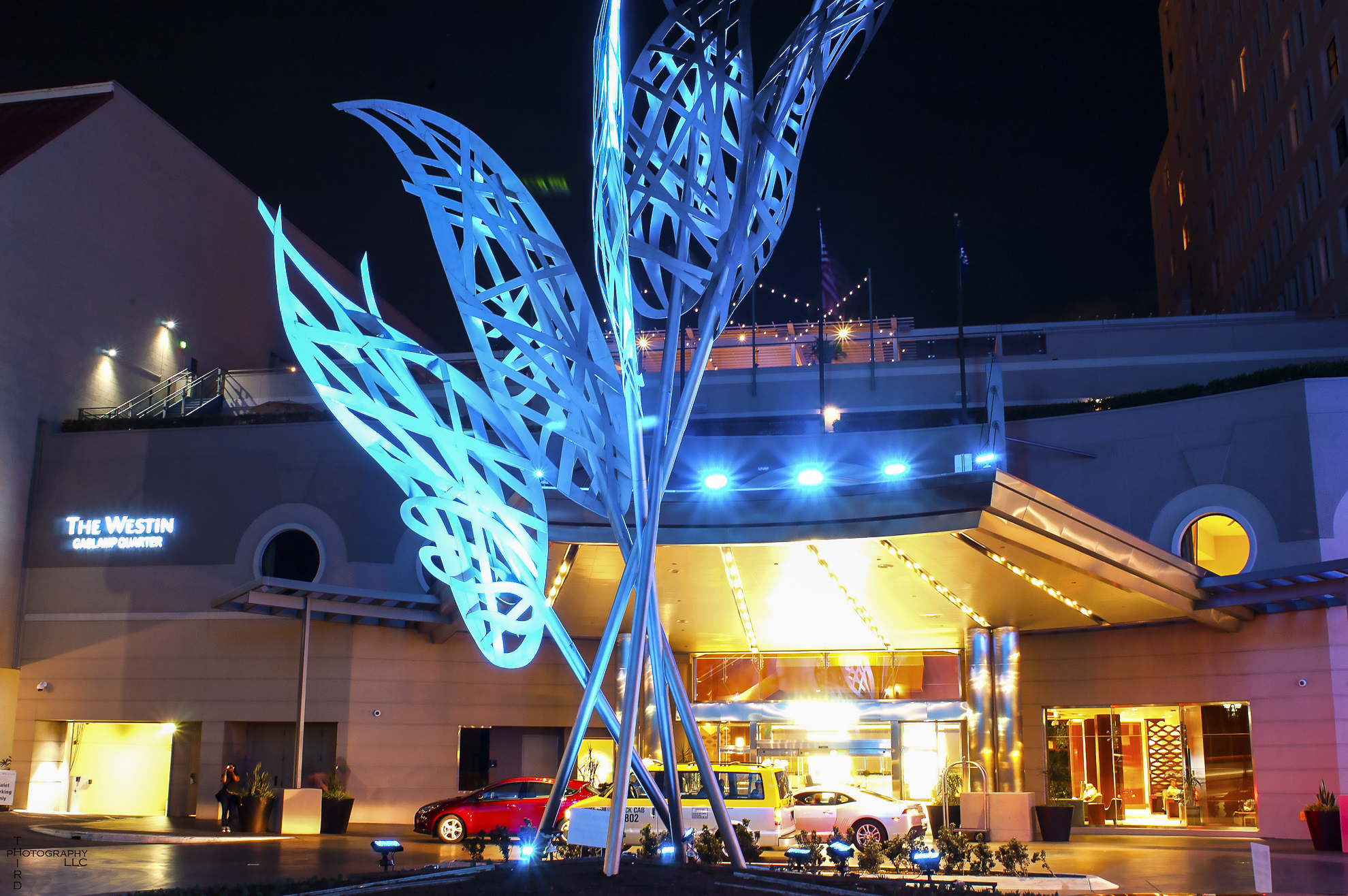 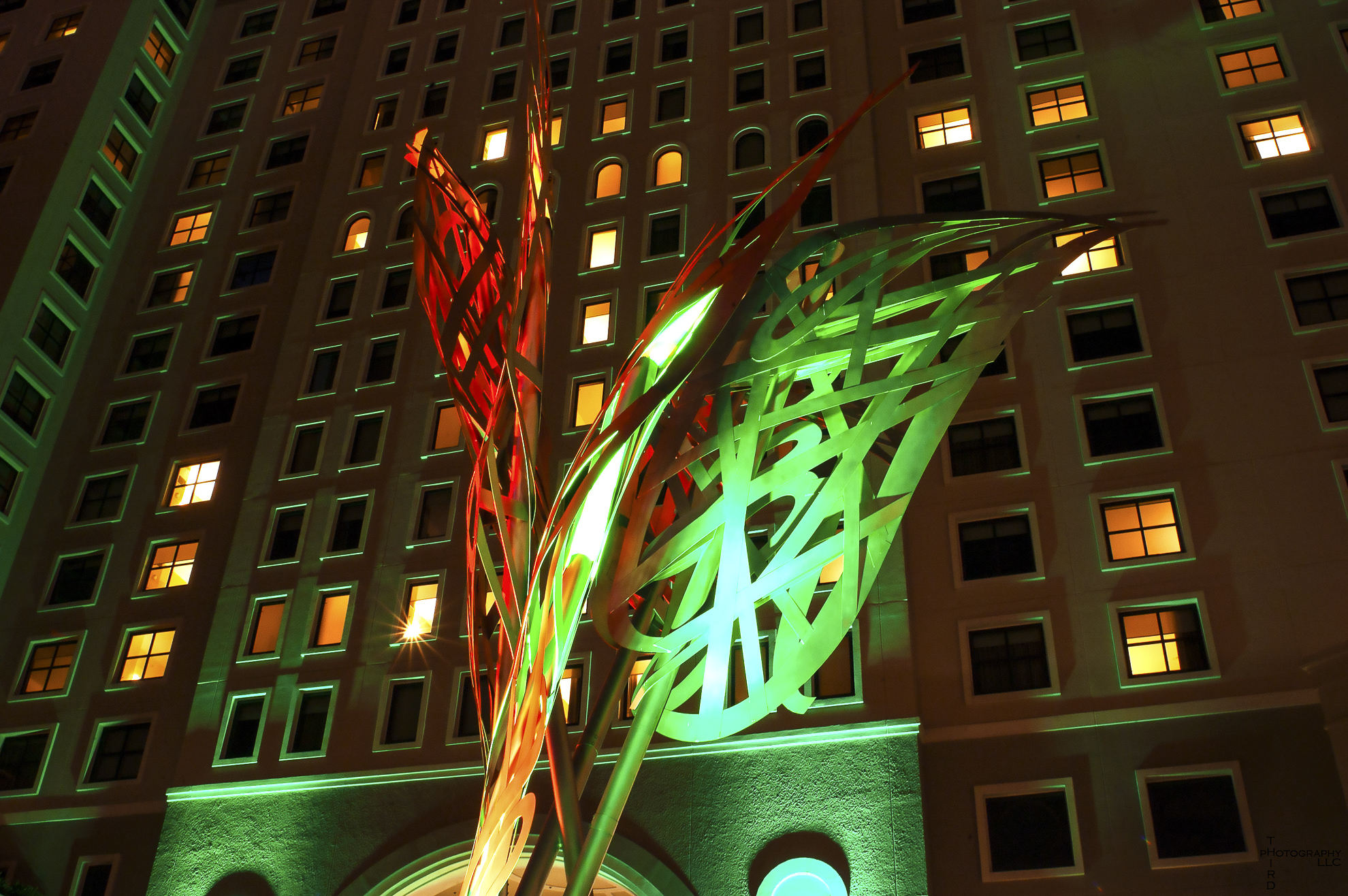 40 feet tall stainless steel forms are abstractions of the natural world around the Westin Gaslamp Quarter in San Diego. Flames, wings, sails, and leaves are referenced in a way that allows the
viewer space for interpretation, but gives an anchoring identity to the hotel plaza. Color changing lights create a nightime show of movement and mood.

The art was a part of transforming an outdated plaza into a dynamic event space. The artist's vision of a sculpture working as a shadow casting, light reflector, was a way to deal with the large, blank wall of the theater building adjacent to the Hotel. The Plaza space's biggest problem became the project's most appealing aspect.

The artist worked with the redesign project’s architects, art consultant, and owners to
incorporate elements of the art design into the plaza paving, landscaping, and interior
spaces. This was done through bringing the artist into the project before construction began. Numerous meetings, integration of the art footings into the project schedule, and collaboration with the lighting designer, led to a synergy that created a successful, seamless project.

This project was completed in April 2012.