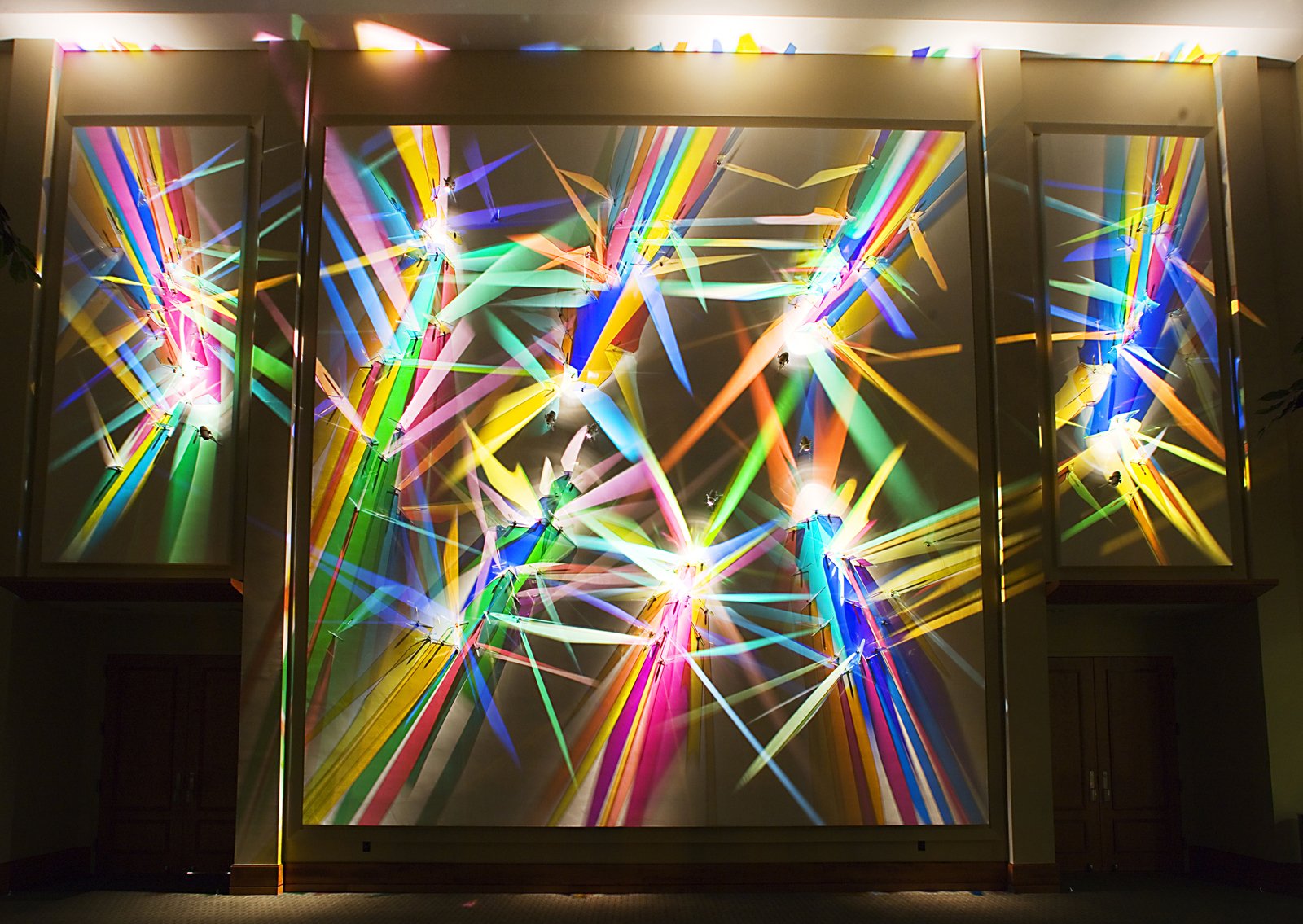 This is a 20’x 40’ lightpainting, consisting of eight 75 watt fixtures and 160 or more pieces of shaped and polished glass that has been specially coated to act like a selective prism. As light passes through the glass it is refracted into one color and the complement is reflected equally brilliantly. As the light strikes another piece of glass from either the reflected or transmitted light the process repeats itself until a lightpainting is completed. The only paint on the wall is white.

Principal design architect Michael Dennis of Michael Dennis Associates, Boston, created three large defined spaces in anticipation of a major work of art to be commissioned as the signature of the building. It was to be visible through the glass facade as well as the focus of concert goers attention within the foyer itself. From the street it was to be an advertisement for the excitement and quality that takes place within the building, much the way that Chagall's paintings function at the Metropolitan Opera at Lincoln Center.

This commission was the result of a nationwide search that included some of the most prominent artists of the twentieth century. After I was selected I worked closely with the University's architects, art professionals, facilities people and outside consultants to adapt the space for a large lightpainting. The raised panels were developed to accentuate the edges of the lightpainting, existing lighting within the space was modified and all electrical requirements were determined. The request was to create a lightpainting that captured the energy and excitement of the performances in the building which is why this is my

It is important to note that this is a "green" project. As in all my public lightpaintings this uses light so efficiently that we were able to eliminate much of the existing light in the foyer. In this case eight 75W low voltage fixtures replaced over 4,000 watts of light. If this had been a paintings even more light would have been required to illuminate the painting.