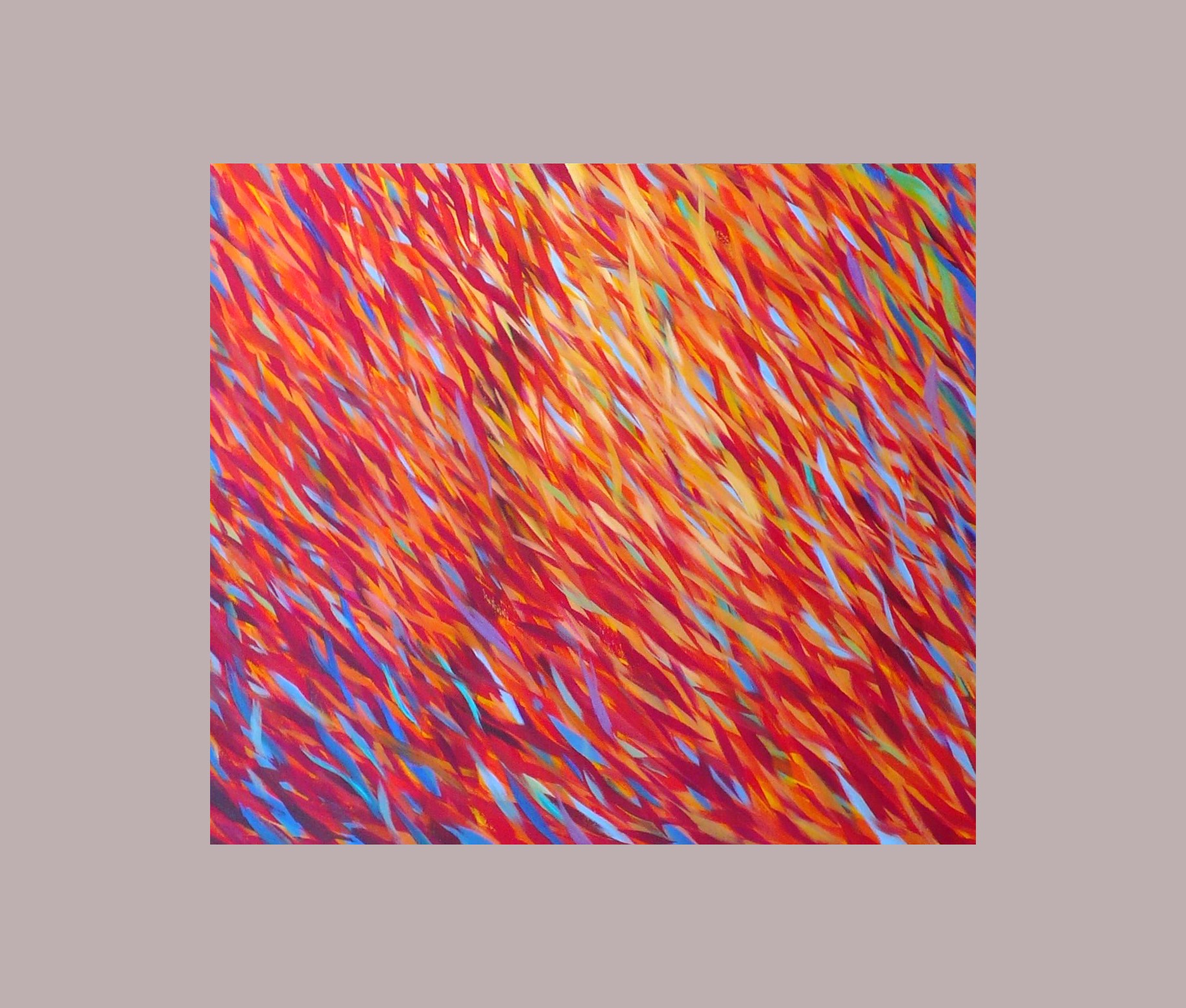 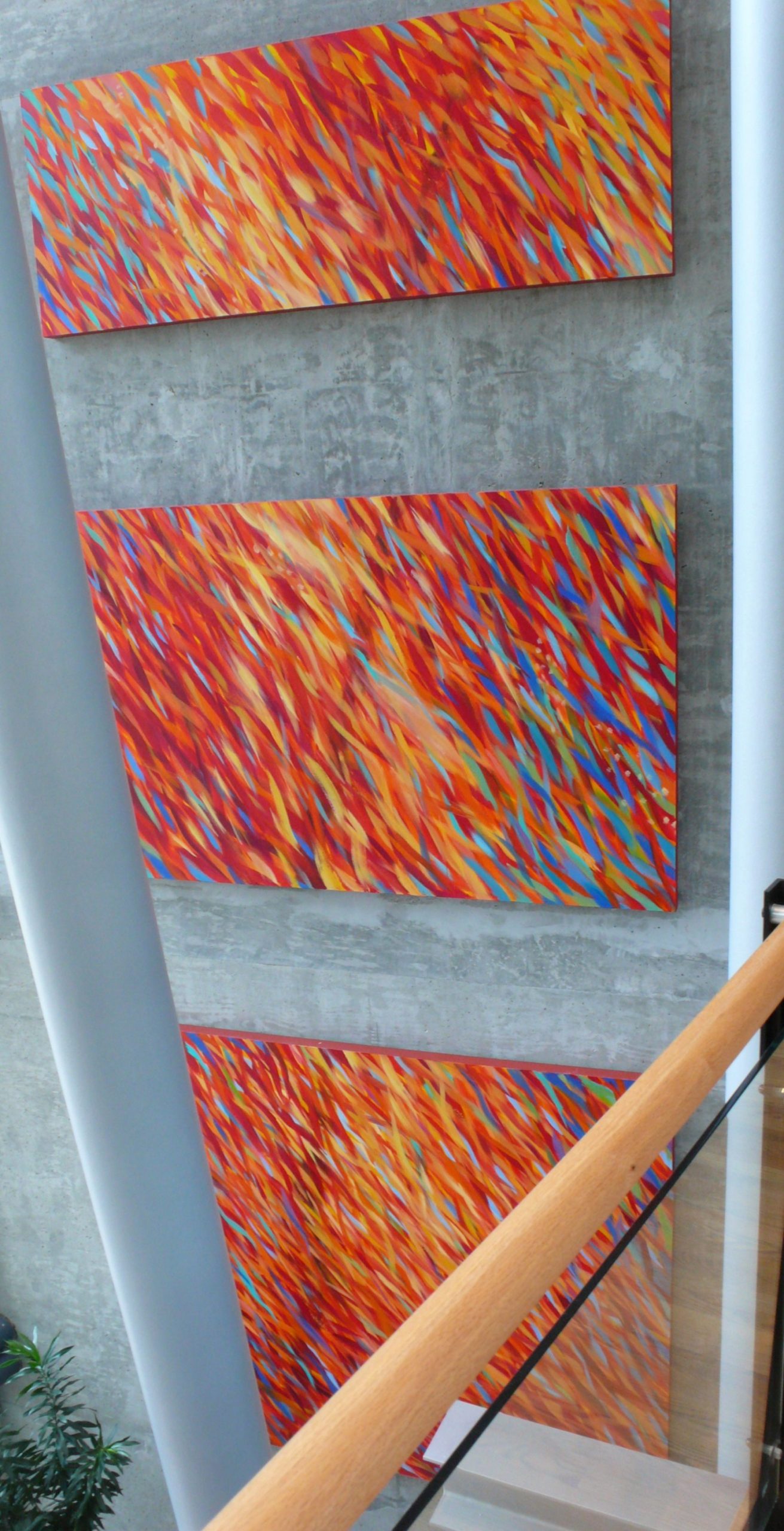 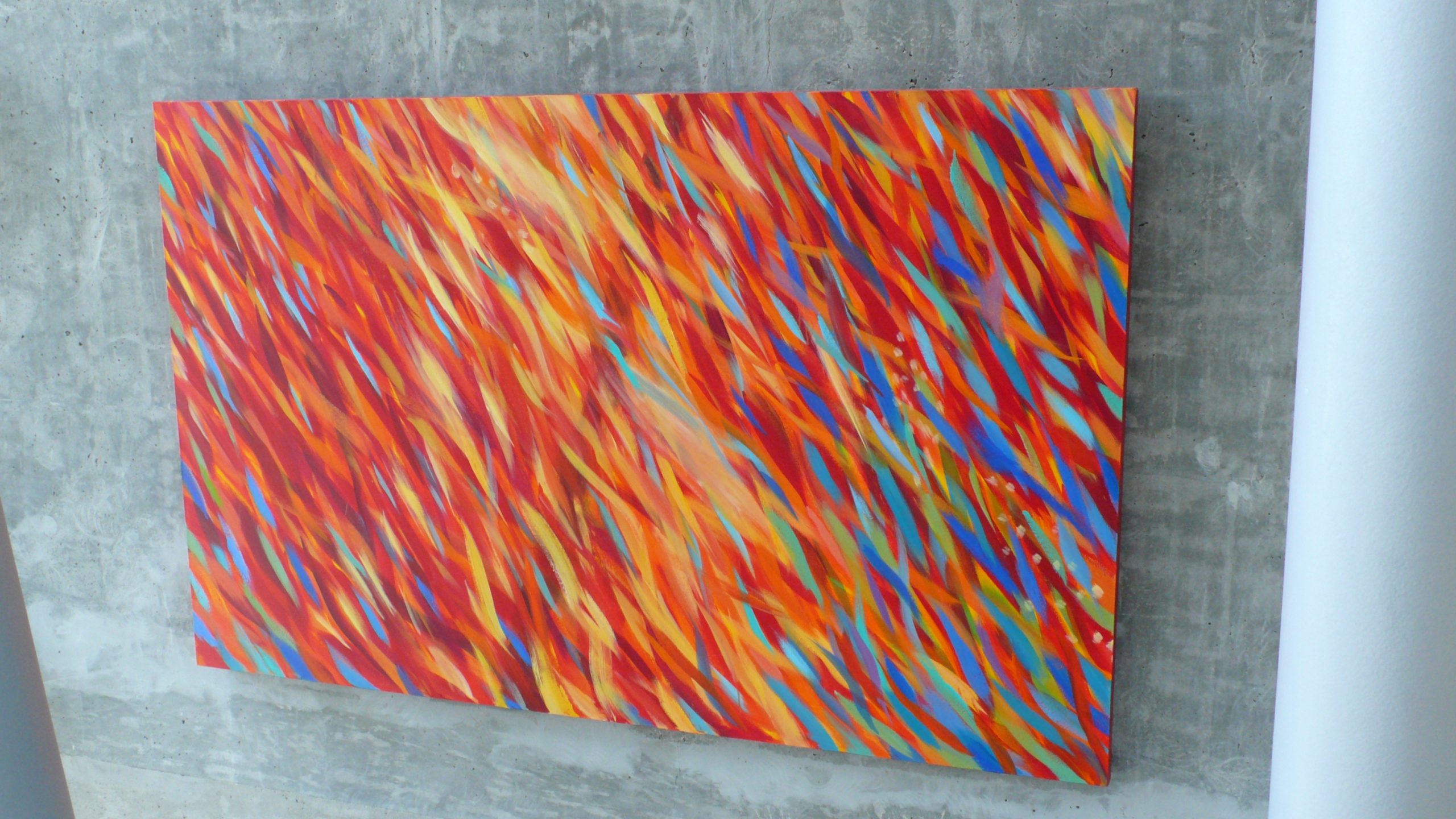 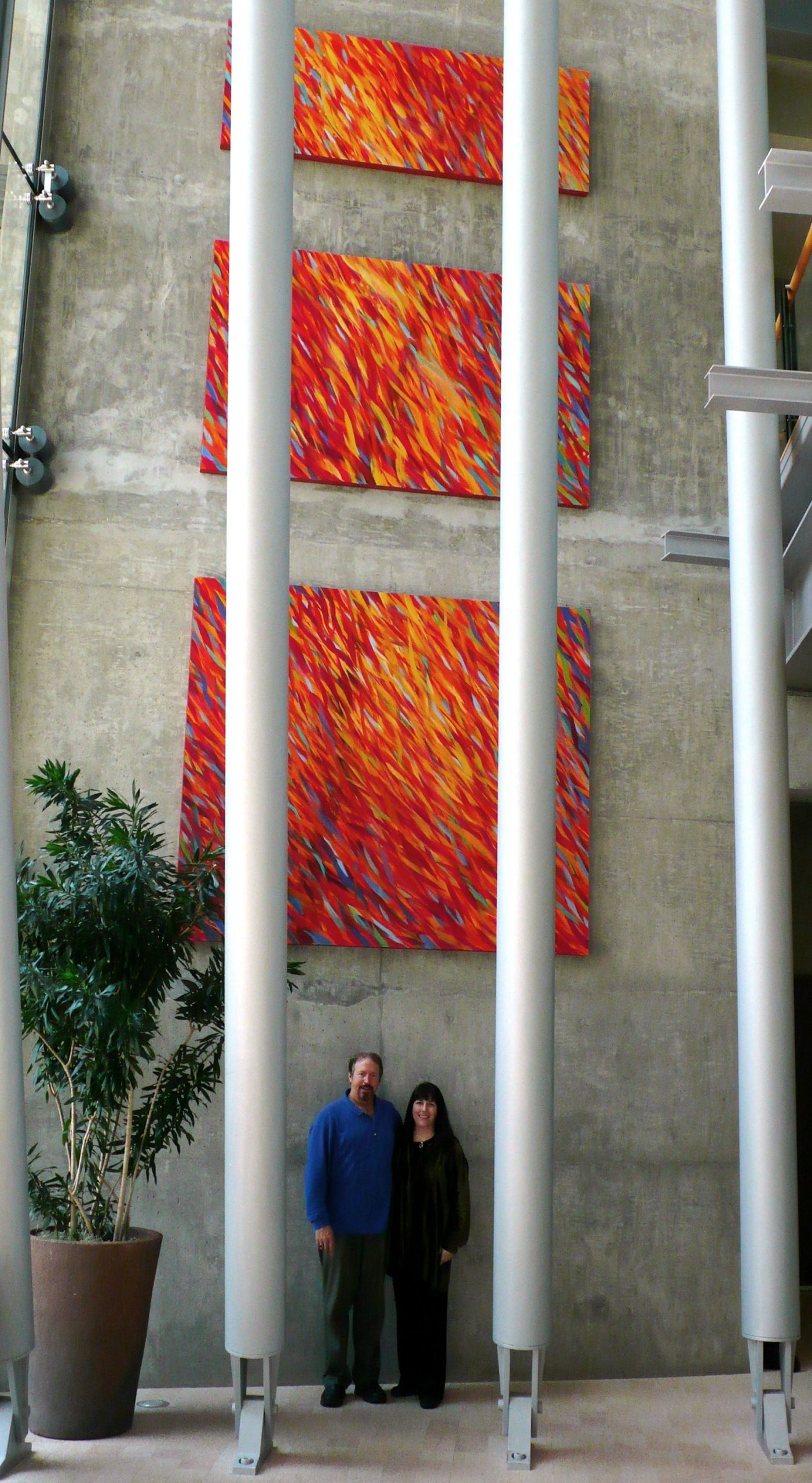 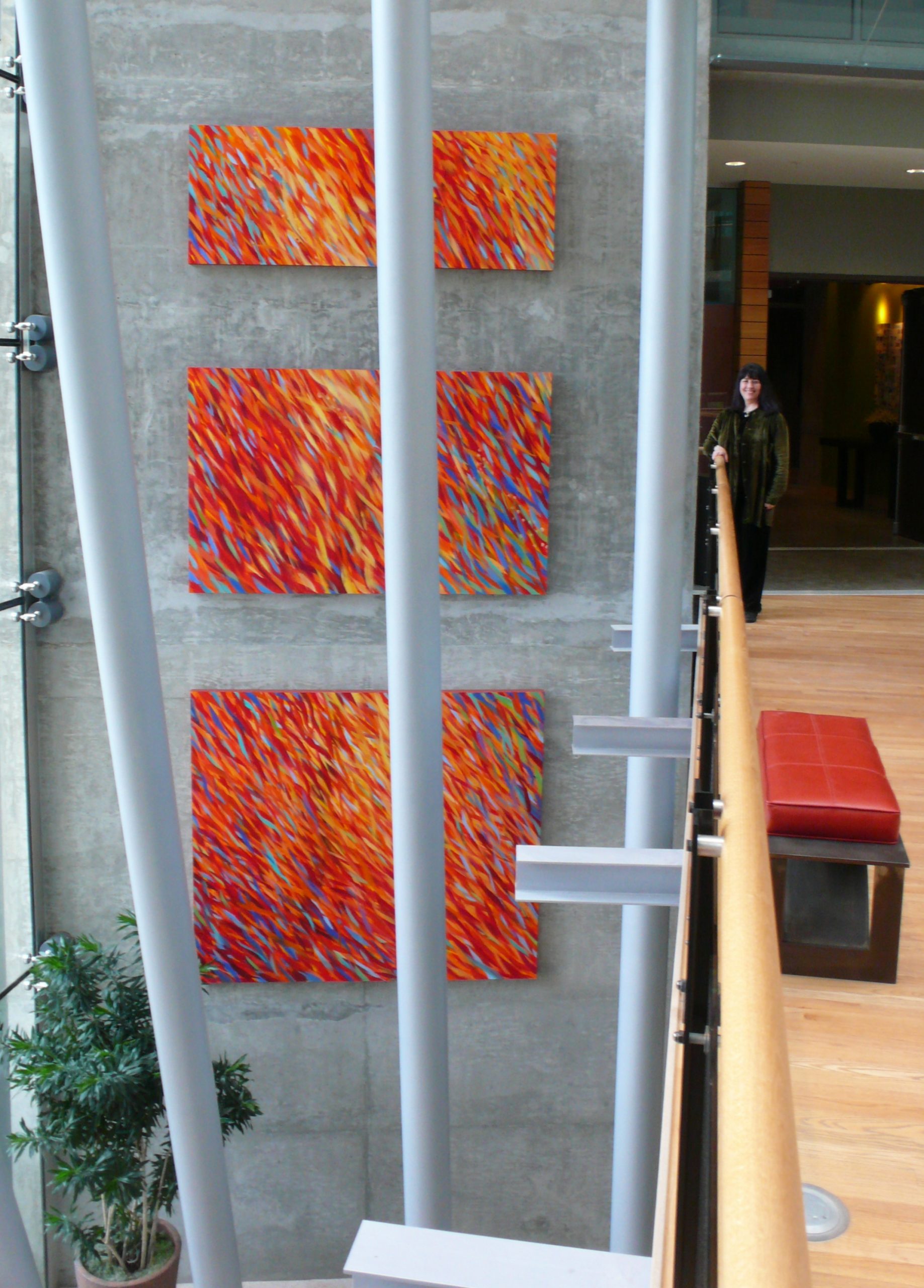 The interior artium of this building, which was designed around the theme of the Four Elements, had a large wall opposite a window-wall where a large artwork based on the idea of Fire was wanted.

The Elements Too Building incorporates the elements of air, earth and water into the structure with air in the soaring atrium itself, a water feature moving through the main level and earth detailed in the natural stone and plantings inside and outside. The fourth element of fire was needed and the designer specified a large painting triptych for the main exposed concrete wall.

The artist was contacted by the art consultant and presented with the theme of "Fire" and the scale of the 3 canvases the designer had specified. He created proposal sketches and timeline and after they were approved he had the 3 large canvases constructed, created the painting triptych and delivered the artwork on schedule.

The response to the painting has been very positive for both the artist and the art consultant. The client is pleased with the result.