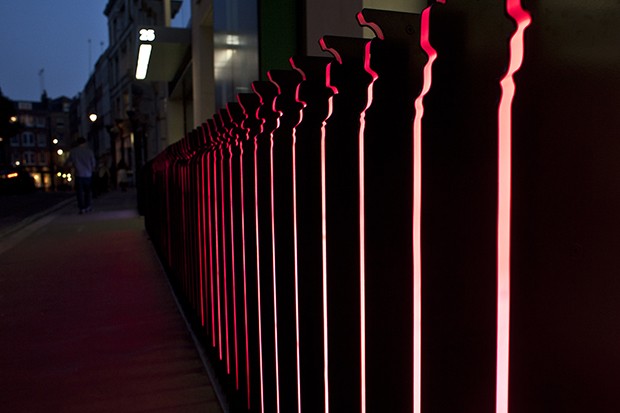 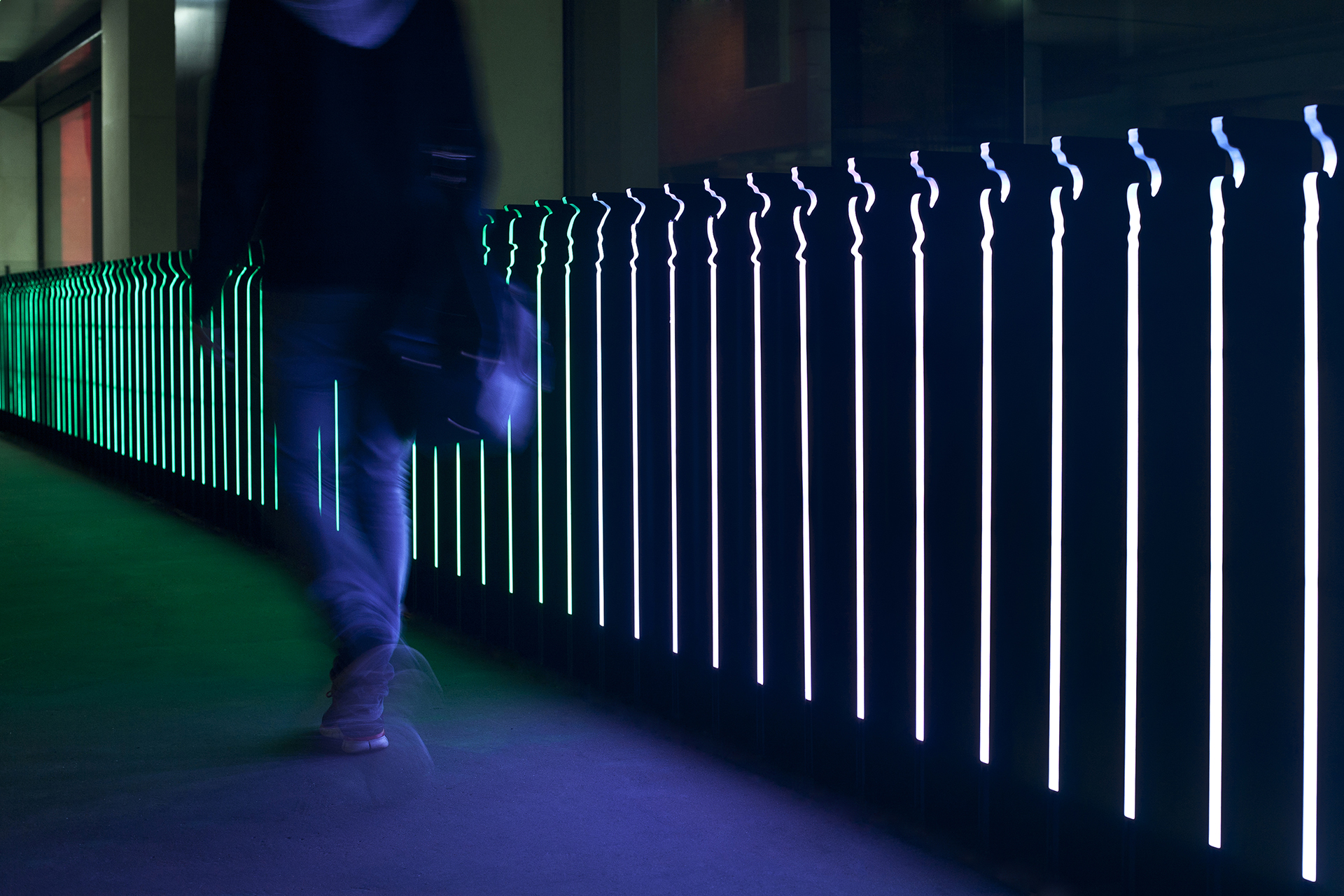 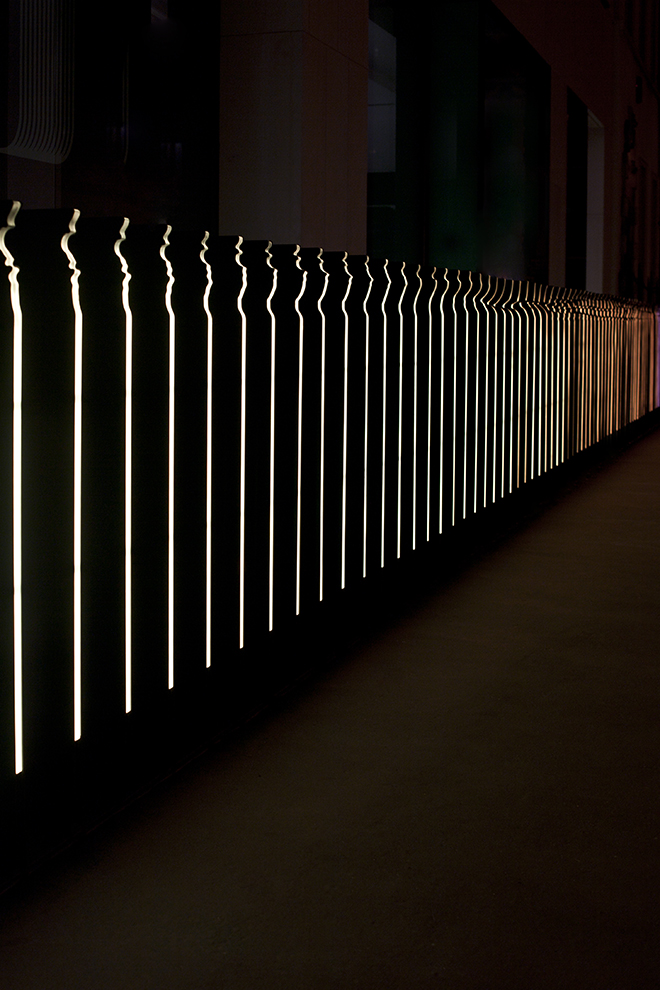 Finial Response is a permanent public artwork in the bustling heart of Soho, London. It is an interactive and light-based piece that blurs the boundaries between architecture installation and art.
The artwork covers 20 metres at street level and consists of 109 individually shaped black steel profiles sandwiching illuminated acrylic which responds to the movements of passers-by. Each profile shape echoes ornamental finials found around Westminster, connecting Soho’s decorated past with its new incarnation as a media hub.
Complementary colours offset patterns created by movement recorded by invisible sensing technology, producing a constantly changing artwork that will engage and delight.

Westminster’s streets are typified by intricate and decorative metalwork details that embellish buildings and street furniture. They incorporate thousands of permutations of classical motifs rendered in traditional ironwork and the sheer diversity suggests an underlying historical narrative of forms borne from fashion, craft, and heritage. The design of London finials varies vastly, as do the size, shape, and scale of the railings. Navigating through the streets of Westminster the shapes and shadows blend into a striking, morphing pattern of adornation.
The artwork interprets the idiosyncratic nature of these patterns and focuses on the silhouettes that finials make, and how emblems and motifs can be depicted in their simplest form while remaining instantly recognisable. This cultural ubiquity allows the freedom to depict shapes in subtle and unconventional ways while retaining familiarity, by inverting and morphing between finials. To emphasise the effect, railings were created as vertical fins perpendicular to the pavement to maximise the outline.
The lighting element follows the profile outlines, and as lighting levels drop in the evening, the focus of the piece shifts from the historical to the modern, and defined colour gradients generate attenuated glows that accent the artwork and convey the shapes using light and contrast.

Finial Response was proposed by Cinimod Studio in response to Wilkinson Eyre’s call for an artwork located in front of the site at 25 Gt. Pultney street. Cinimod Studio was awarded the commission in August 2010 following a competition between invited artists, and the proposal was subsequently further developed and refined.
Through the submission to the Public Arts Advisory Panel shortly after, and continued design development that responded specifically to the brief set by the PAAP, Cinimod Studio worked continuously to develop the piece in liaison with the architects Wilkinson Eyre and the main contractors Blenheim House Construction.
During the project, a team from CInimod worked on the realisation of this lighitng intervention, assisting at different stages of the process. This multi-disciplinary team offered a range of experience from architecture to lighting design, through to content and controls and ensured that everything from client liaison to installation was carried out smoothly and proficiently.
‘Finial Response’ was a complementary lighting feature to the contemporary building design by Wilkinson Eyre Architects. Both building and art piece are confidently modern though clearly thoughtful and informed by location.

Inspiration is drawn from Soho’s more recent evolution into a media district of London, where well-established companies supporting the international film, advertising and web industries coexist with younger experimental entrepreneurs. The addition of railings is a positive reinstatement of a largely lost characteristic of the Soho streetscape. Through the art work the finials bring about a modern reinterpretation of the historic typology. The lighting element acts as a subtly recursive digital painting modified by the interaction of passers-by. Walking by white pools of light trail alongside, making for a delicately playful intervention in a vibrant Soho street.