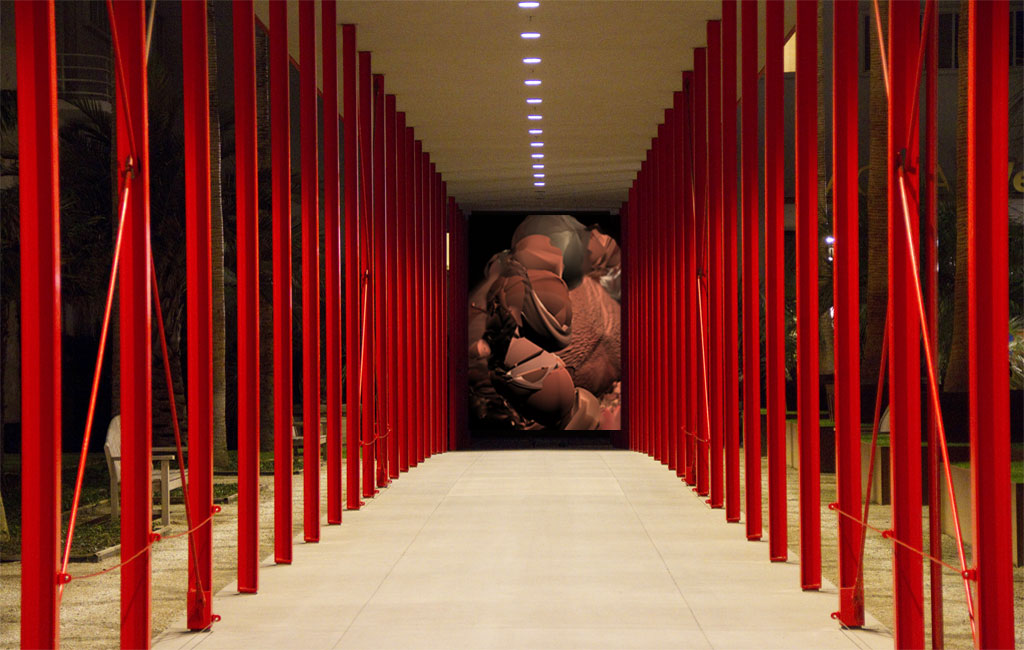 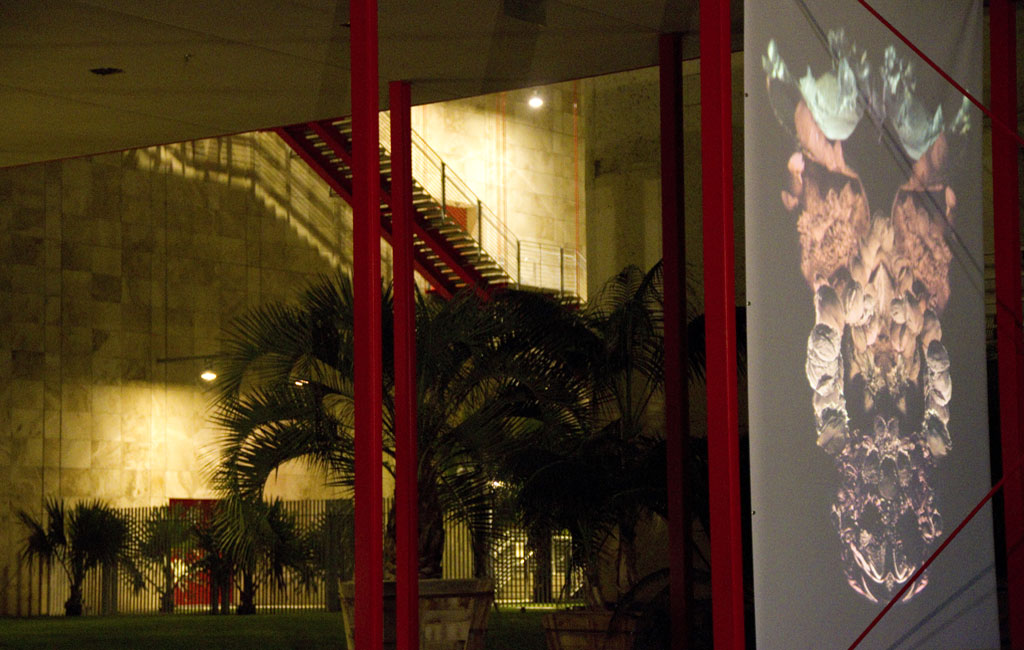 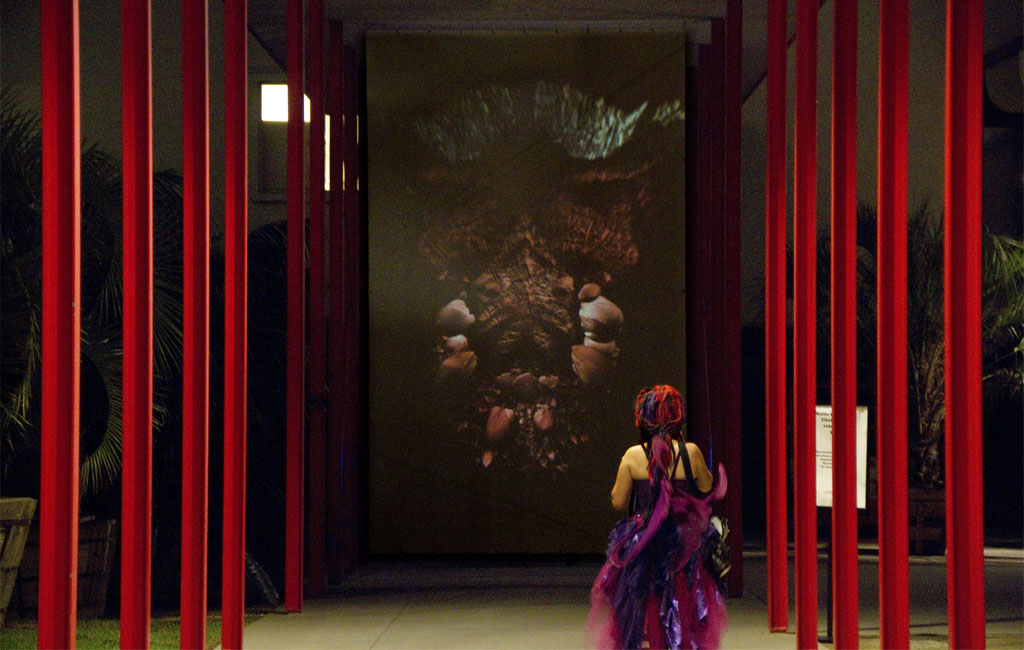 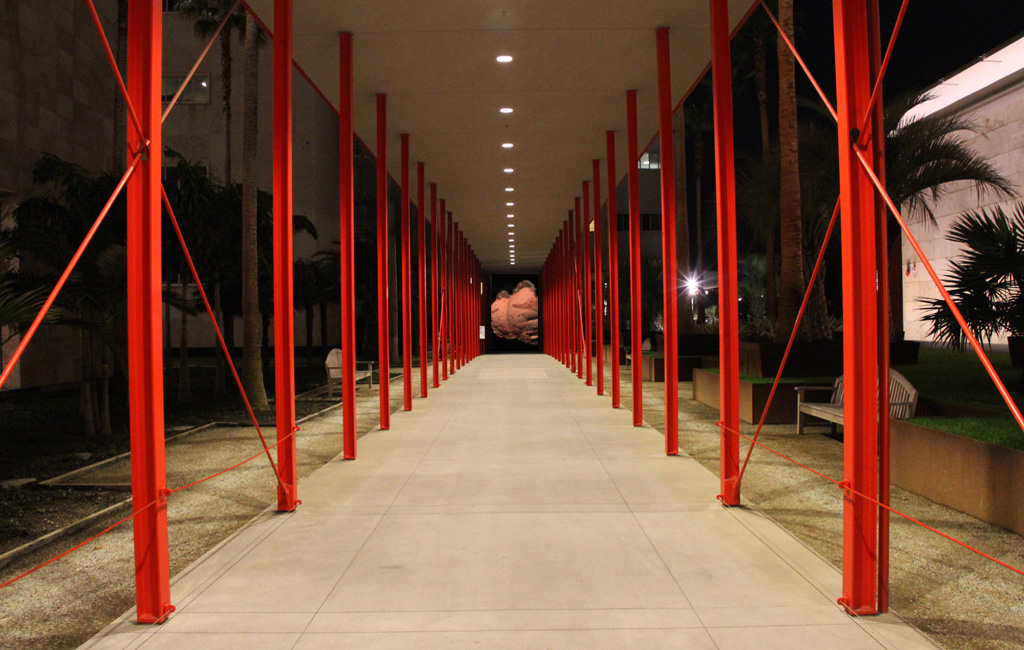 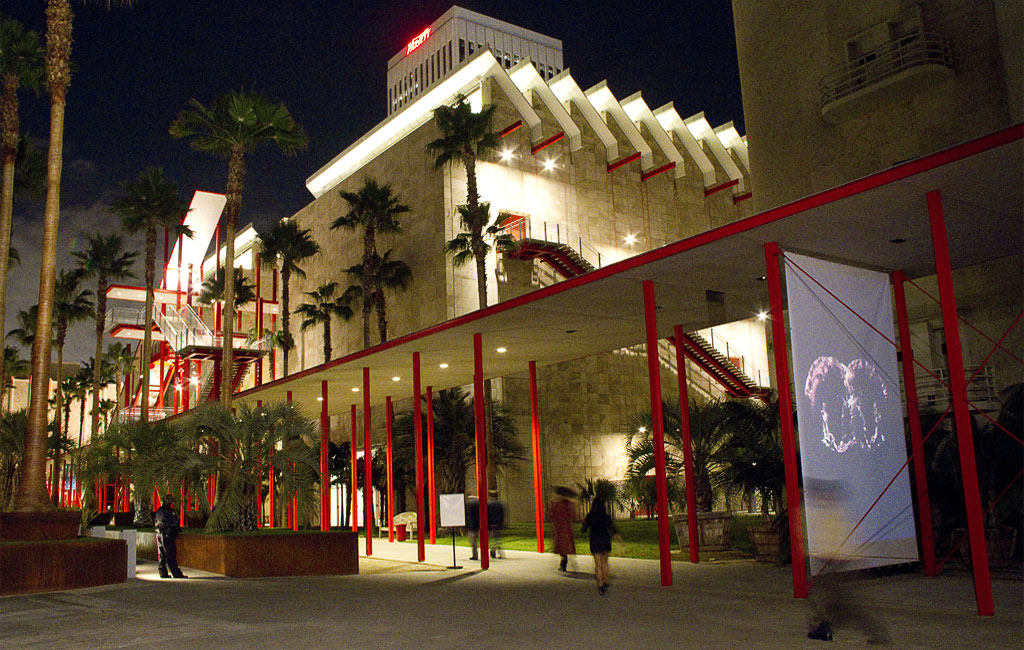 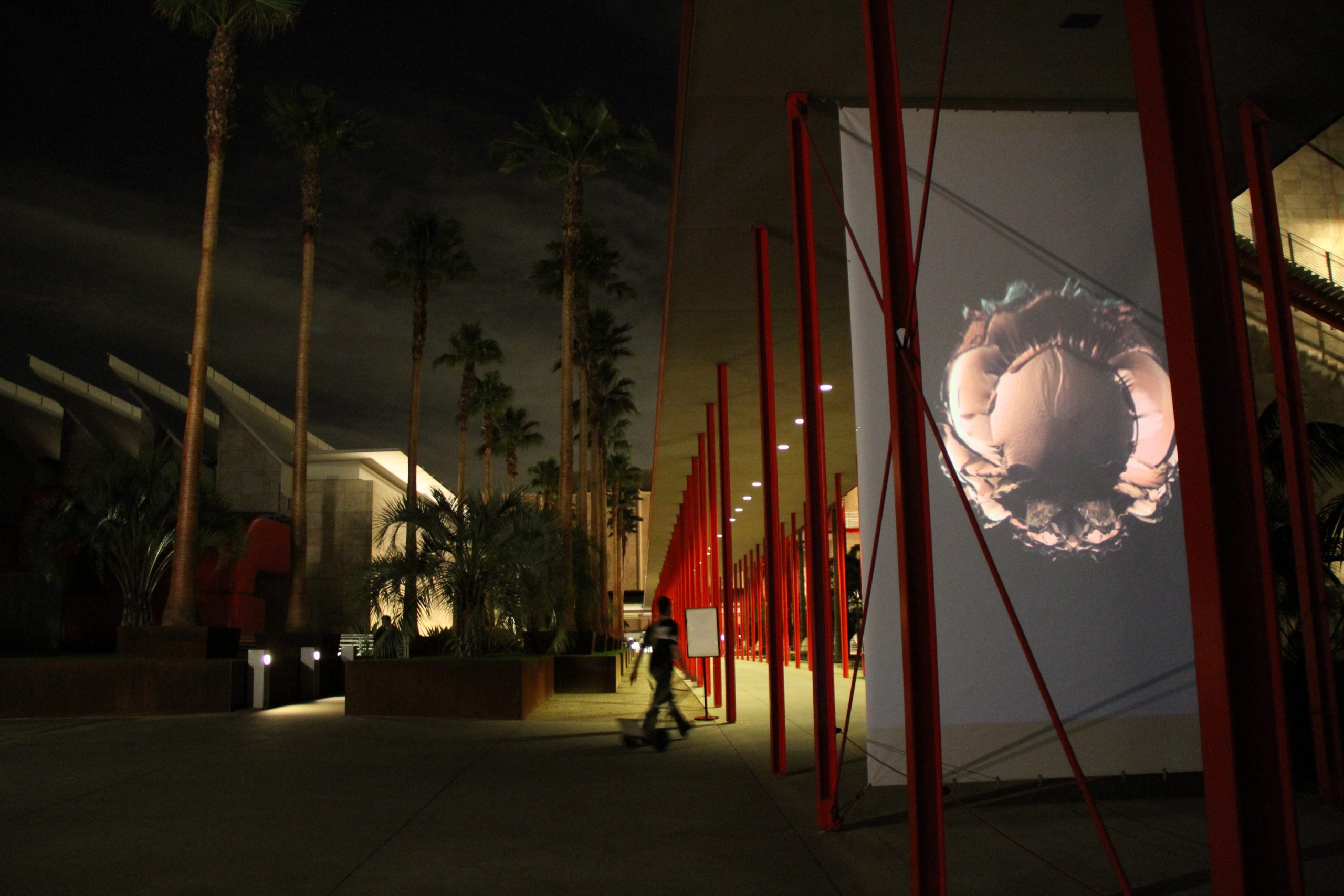 1-channel HD video, loop 6’00′
“Fibrillation” is a site-specific video installation produced for the MUSE event at LACMA – Los Angeles Museum of Contemporary Art. The piece was installed at the end of the outdoor corridor bringing to Resnick Pavilion, a museum extension recently built by the renowned Italian architect Renzo Piano.

Inspired by notions of transfiguration and transformation, this 6:00 min. 3D rendered video depicts a semi-abstract zoomorphic figure undergoing a cyclical process of deterioration, decay and blossoming. Blending an hyper-realistic aesthetic with CGI techniques, this video reference a world where virtual and real, artificial and natural are not opposite anymore.

“MUSE at LACMA” is a yearly event hosted in the rooms of one of the most prestigious museum on the west coast, and attracts thousands of people each time. The commissioning agent wanted an iconic, visible piece that would welcome the visitors at the entrance of the event.
This particular location made so that the video-installation would benefit a central perspective, giving depth and monumentality to the existing architecture. The architectural aspect of this installation was also assured by the verticality of the its projected surface, the slow pace of the video and its cyclical, almost hypnotic playback.

The artist teamed with a 3D design firm to produce the content of the video, which was edited in house. The rear video surface was installed according to the existent architecture and a 20k lumen projector deployed so the image would be rendered at its full resolution.