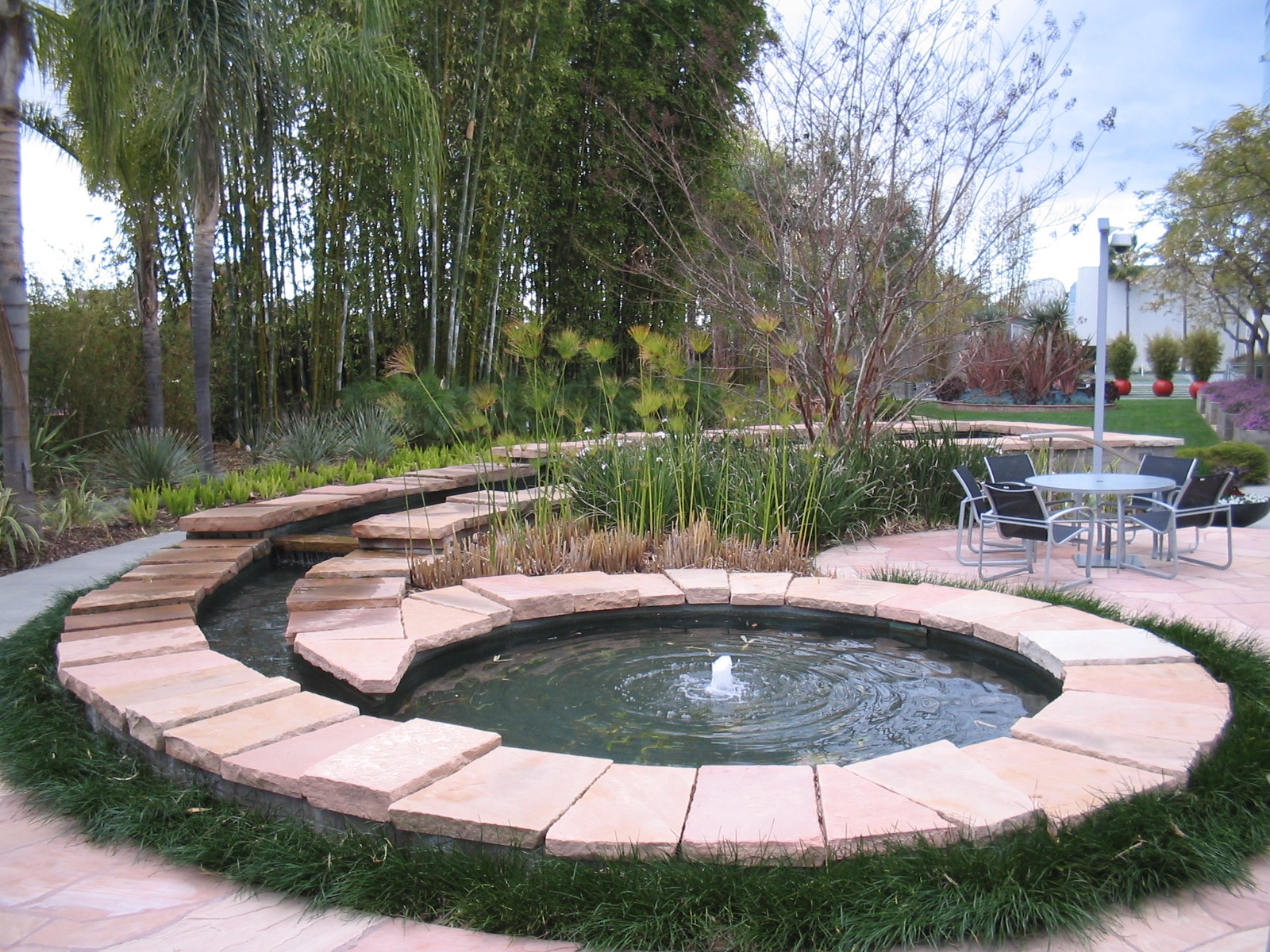 Commissioned for a new Kilroy Westside Media center building in West Los Angeles through the 1% for Art program of the Los Angeles Cultural Affairs dept. A series of discussions and proposals arrived at the design for a water sculpture based on the Fibonacci number series.

The concept was to enhance a rather narrow strip of landscape and hardscape behind the main Westside Media Center building. The goal was to create a space that was welcoming to the buildings occupants where they could sit and talk and take a break from their workday.

The architecture for the project was designed by Michael Rogers f HKS architects and the Landscape design for the garden was by Wayne Romanek, of Carter Romanek. This team worked closely with the artist to integrate the sculpture's design into the site and the plantings. The water sculpture was built on the roof of a multi story underground parking structure, which presented a number of problems for the water jet control systems. The artist worked with Wayne Romanek who was primarily instrumental in designing the hardscape and landscape around the work. This team embraced the idea of public art being part of the overall design and was extraordinarily skilled and good to work with.

The system of water jets was controlled by a variable speed pump system and a sophisticated electronic system designed by the theme park special effects engineers at Technifex, in Santa Clarita, CA. That system resides in a vault to the side of the project.