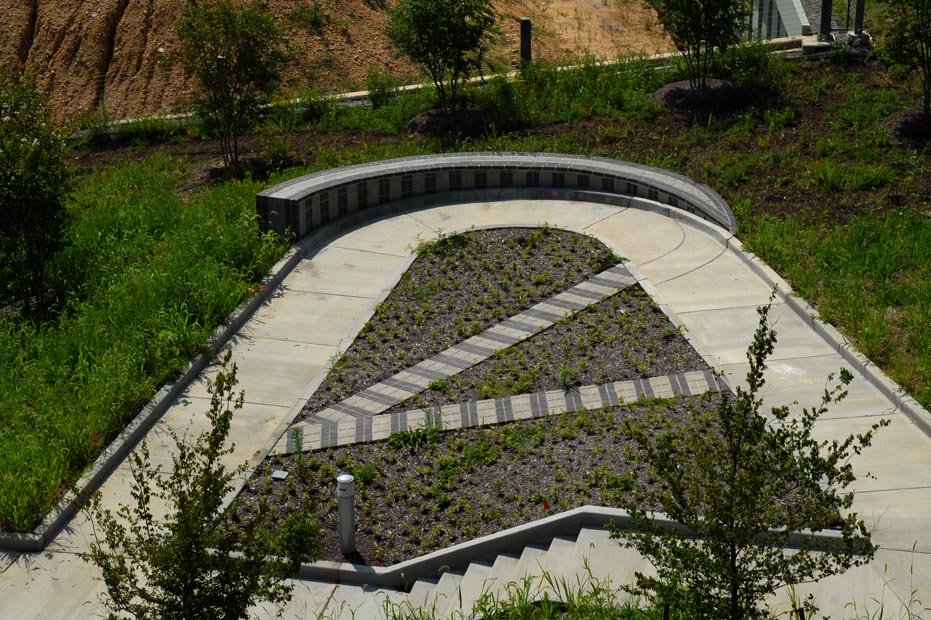 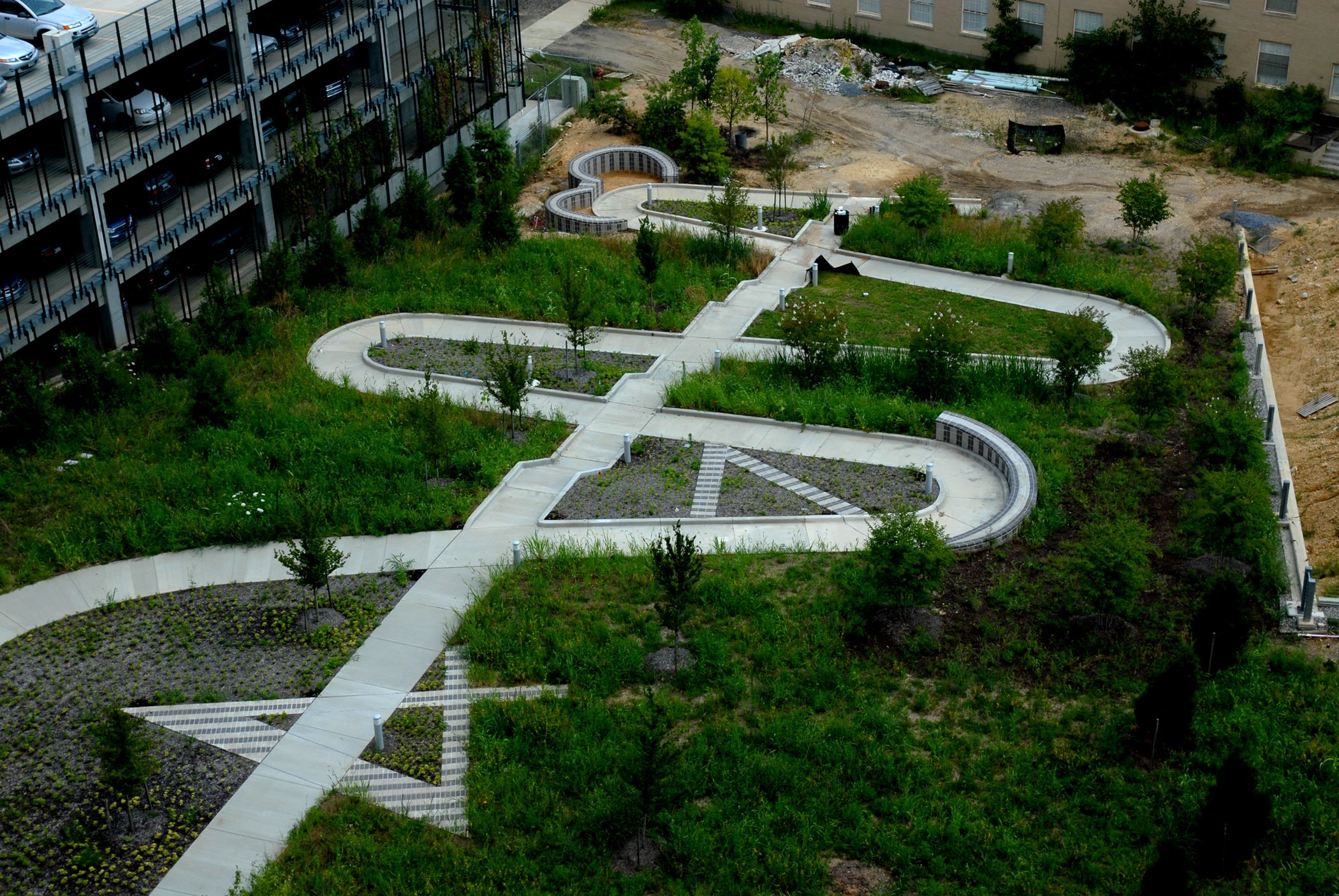 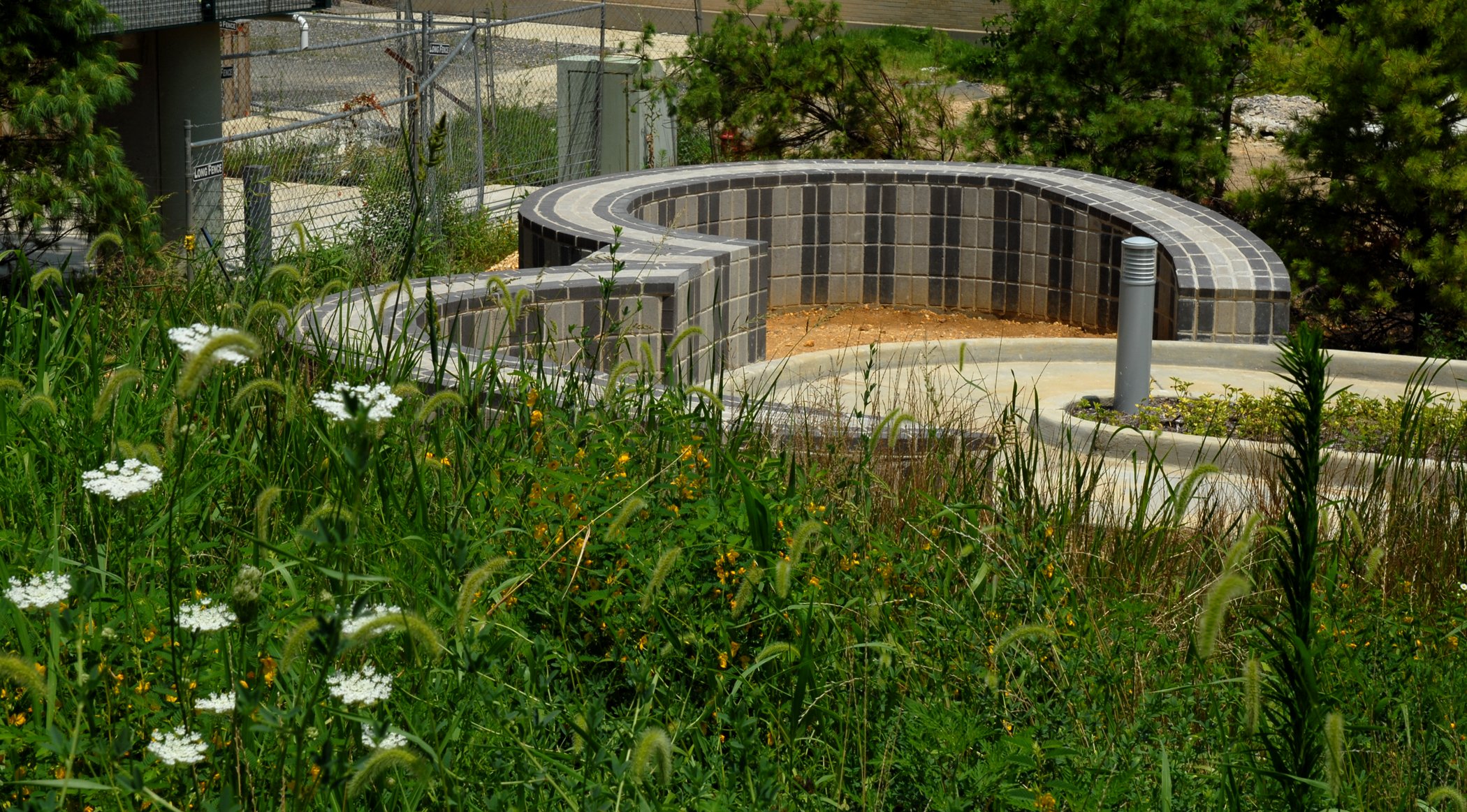 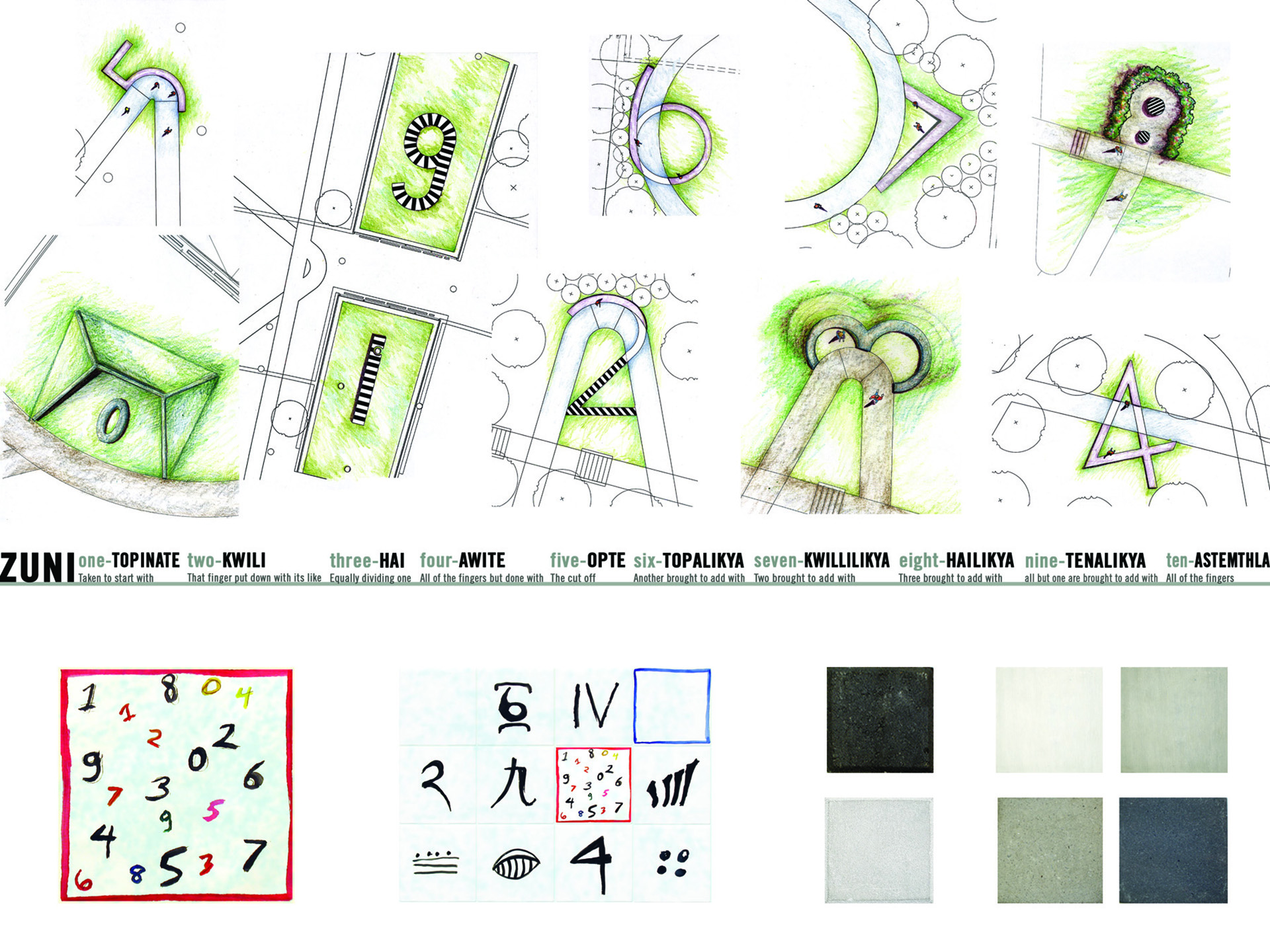 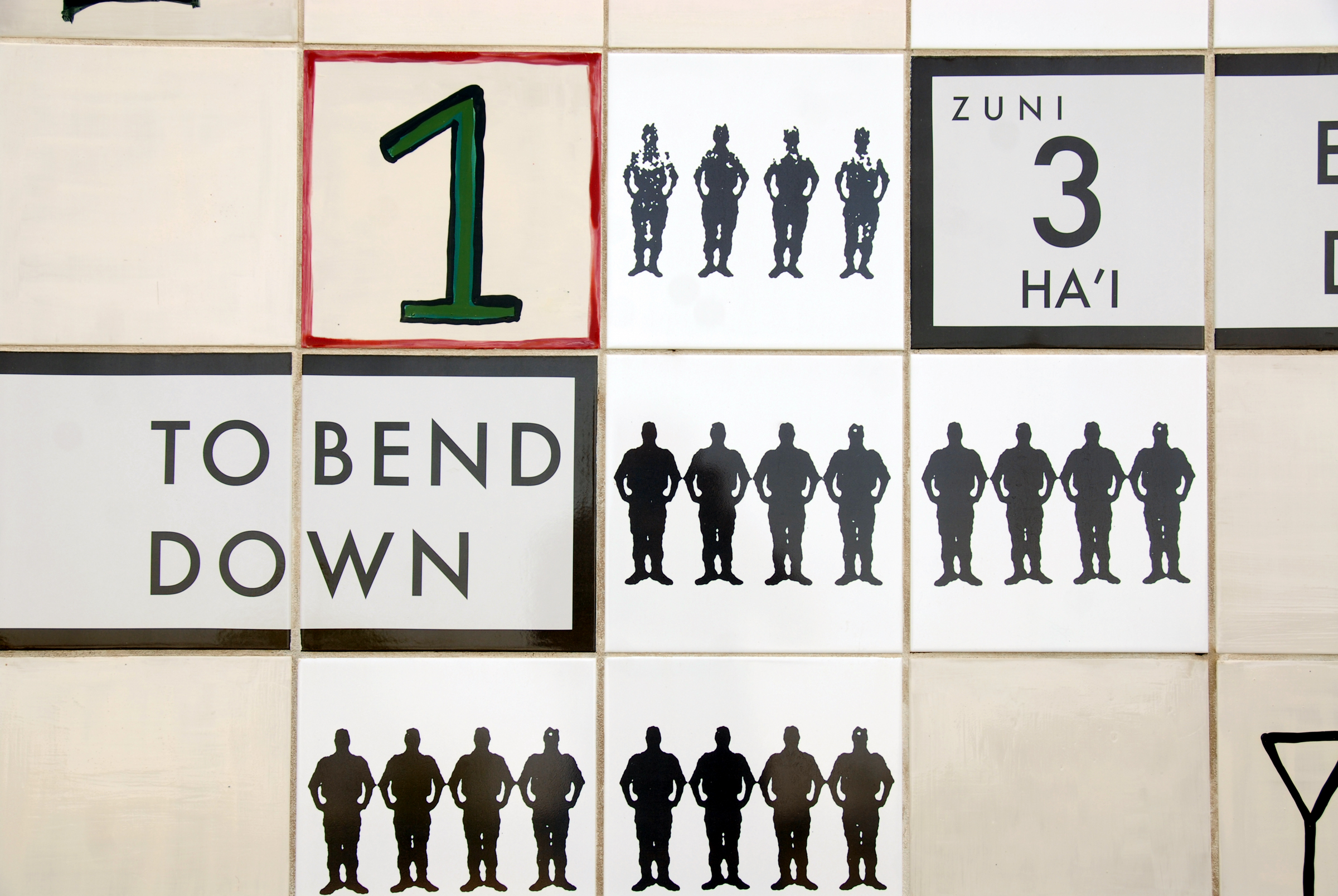 Commission was for the seven acre landscape of the Federal Census Bureau building in Suitland. The building is SOM and is one million sq ft. My sculptures integrate the landscape with the concept of counting providing seating and a visually engaging integrated landscape artwork for the 10,000 employees of the Census building.

The abstract concept of data and numerical representation is transformed into its original role as a system invented to promote, stimulate, and record human interaction in my work for the US Census Bureau. The numbers zero through nine tell the story of counting and is used to create a passage which connects the original house for the census data, Suitland House, at the "number 1" area with the rest of the seven acres of the site.
A series of occupayable forms and structures throughout the grounds introduce the history of census and provides seating and " visual places" for the ten thousand employees of the building.
The art in the landscape reflects the cultural diversity of the USA. I have incorporated a variety of numerals to represent its diversity. This diversity of ancient numbers reflects the many immigrants that have come to this county and contribute to its ever-changing profile.
A large area of the walls has also been devoted to the counting system of the Native American people of the USA.
Through numerical symbols, words, images, and forms that invite interaction, our human histories have been paramount in my concern in creating this work for the US Census Bureau.

This work was commissioned by the GSA Art in Architecture program. While SOM as the architects were required to approve of the concept as it moved through the peer review process, the collaboration was not with them so much as the landscape architect group who I subcontracted to transform my concept into working drawings for the site. The landscape architect group "Turf" were my subcontractors that I engaged tin order to be translated for construction by the contractors hired by the GSA for the architecture of the site and the building. I was the lead artist/designer and my landscape architects collaborated with ideas and tools to have the work effectively realized.

Working with Turf Landscape Architects I created different structures around the path called Census Walk. I intended the striped over sized numbers that cover the seven acres around the Census Bureau grounds to be a place to sit, talk, and get fresh air. In this way, the Census project created a place outside of the architecture and a new form of sculpture/landscape architecture.