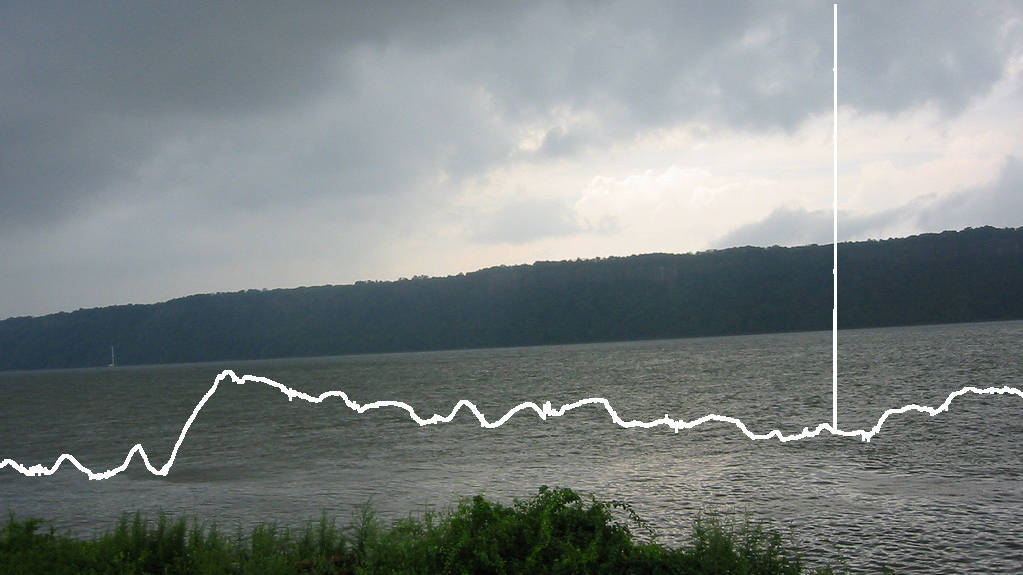 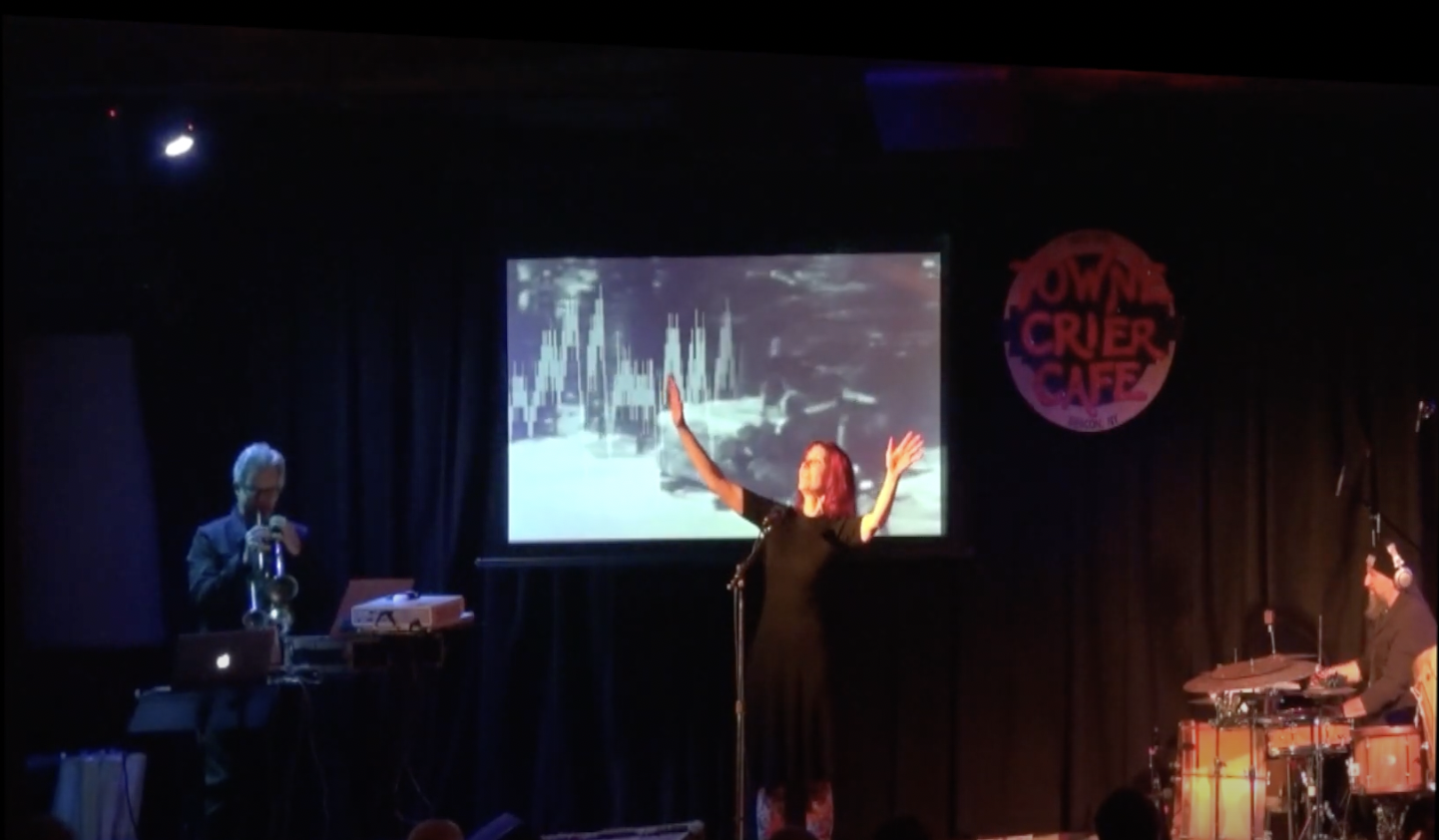 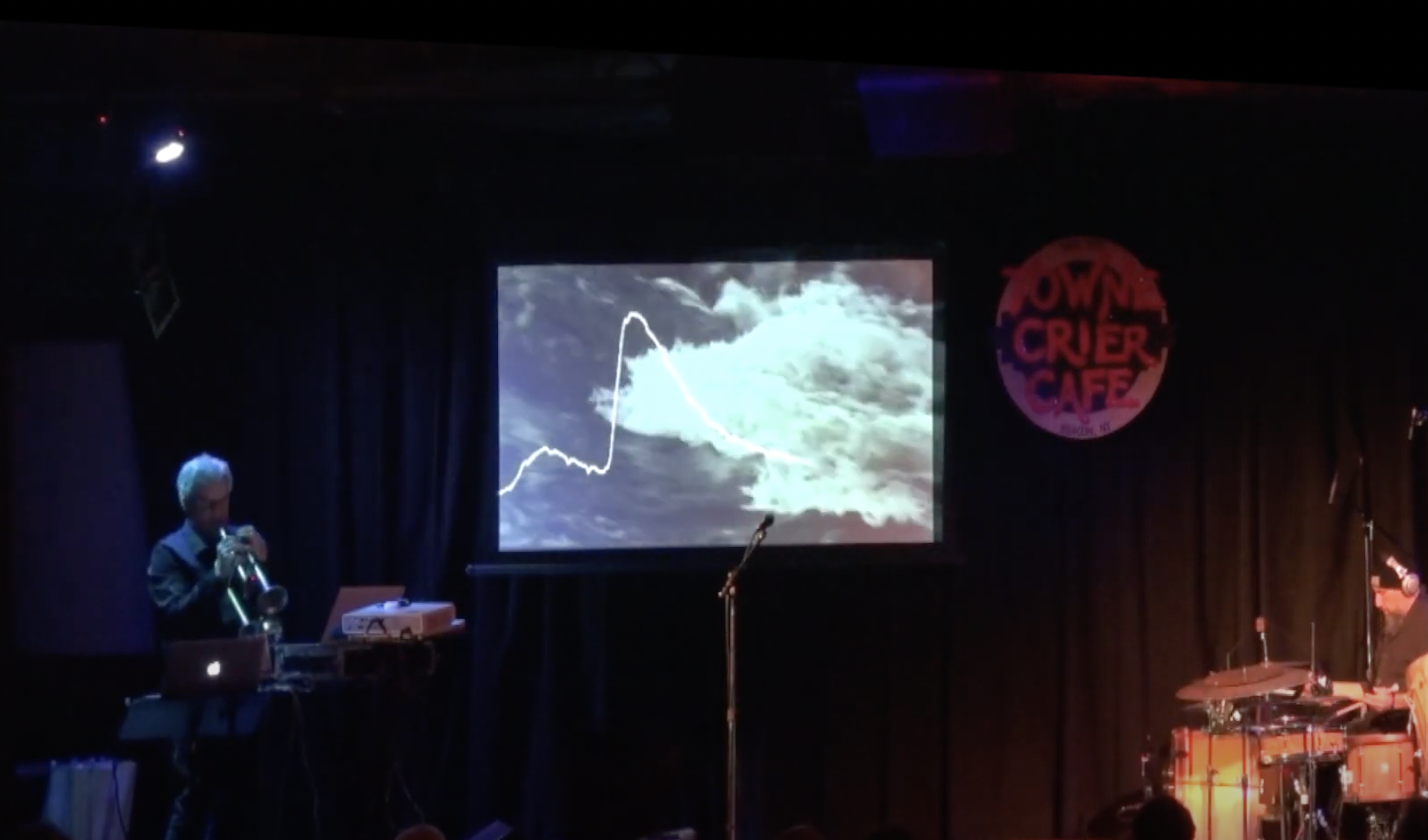 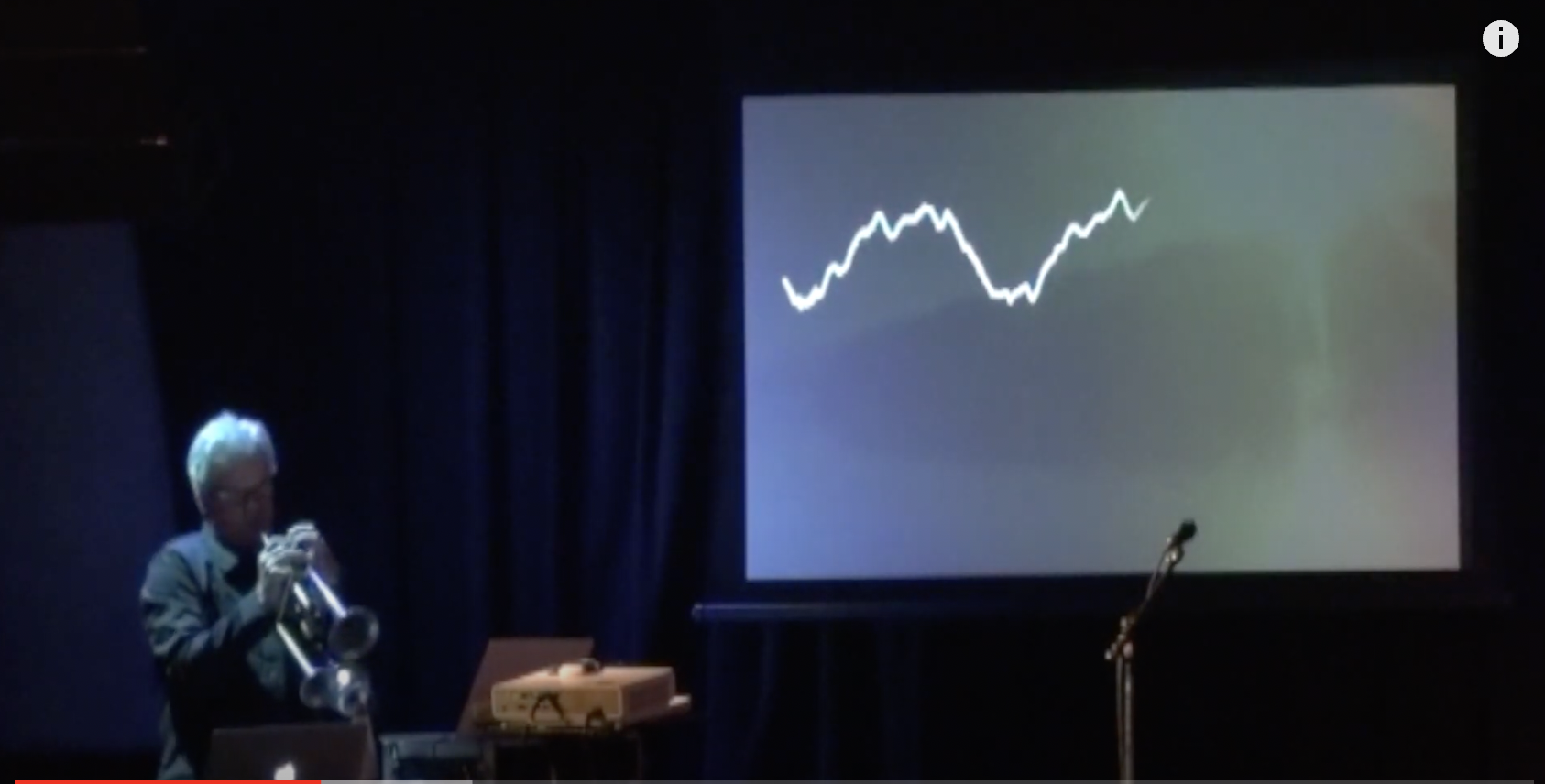 Fathom is a multimedia piece by composer/performer/inventor Ben Neill and vocalist/composer Mimi Goese which was created to raise awareness of the catastrophic effects of climate change. The piece was commissioned in 2016 by the Beacon Institute for Rivers and Estuaries (BIRE) through a New Music USA grant. Fathom uses data sonification to translate BIRE’s environmental data into an audiovisual performance work that combines electronic and acoustic music with interactive video. The sonic and visual material in Fathom is directly derived from data collected during Hurricane Sandy, a dramatic environmental event that had a traumatic impact on the Hudson River ecosystem. Using a variety of software applications, the graphs of data collected just before, during, and just after Hurricane Sandy are animated and sonified to create audiovisual objects that are then mixed with crowdsourced video of the Hudson River in the performance. Goese’s lyrics and melodies are woven into the music, telling stories of life, industry and beauty as well as the long history of human intrusion on the Hudson River.

The primary goal of the project was to translate the catastrophic ecological effects of Hurricane Sandy on the Hudson River into a contemporary multimedia work. It was important that the environmental data be presented in a way that was perceptible without being didactic. This was achieved through an elaborate process in which the data graphs appear to be drawn synchronously with the exposition of the sonic material, creating melodies and graphics in which both media are generated from the same data patterns. During the performance the video animations are projected using a video performance program, making the direct connection between the scientific data and the music very clear. The extreme bifurcations of Hurricane Sandy are particularly dramatic in their rapid and drastic changes that contrast with the Before and After sections of the work. The music and lyrics range from ambient soundscapes depicting the majesty of the Hudson and environmental equilibrium, to agitated patterns as the storm approaches, to elegiac meditations on the effects of centuries of pollution and calls to environmental activism.

The process of creating Fathom was highly collaborative, involving an environmental organization, a prestigious contemporary music granting organization, a talented team of artists and technicians, and contributions from the general public in the crowdsourced video part of the piece. BIRE suggested that Hurricane Sandy be the focus of Fathom in order to raise awareness of climate change and its traumatic impact on the Hudson River, which gave their participation a creative dimension in addition to being the commissioner. Fathom received great support from local press, and has been presented at several conferences on computer art and data sonification in addition to live performances. Neill and Goese began working together in the mid 2000’s on Persephone, a music theater work presented at the Brooklyn Academy of Music Next Wave Festival in 2010 and released as Songs for Persephone on Ramseur Records in 2011. They performed together at Etnafest, Italy, Festa en Serralves, Portugal, Moogfest, and Lincoln Center, among others. In Fathom Neill and Goese strive to bring humanity and emotional connection to the collaborative process, bridging music, art and science through creative technologies with an emphasis on lyricism, poetry, and accessibility.

While the methodology used to create Fathom is highly technical, the character of the piece as experienced by audiences is inviting and accessible. Goese and Neill included music from Fathom on their 2020 album release Life You Are, and have performed the music to enthusiastic audiences, most notably at the Big Ears Festival in Knoxville, TN in 2019. Fathom uses interactive technologies to dramatize the cataclysmic effects of climate change, a unique combination that raises consciousness of environmental issues and demonstrates innovative approaches to intermedia creativity.