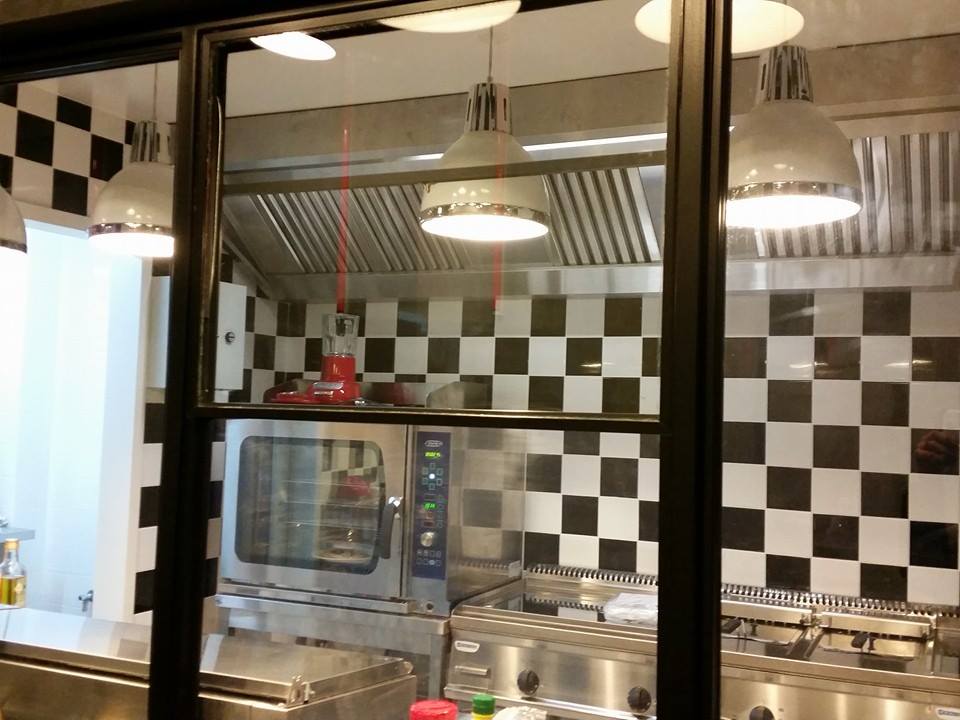 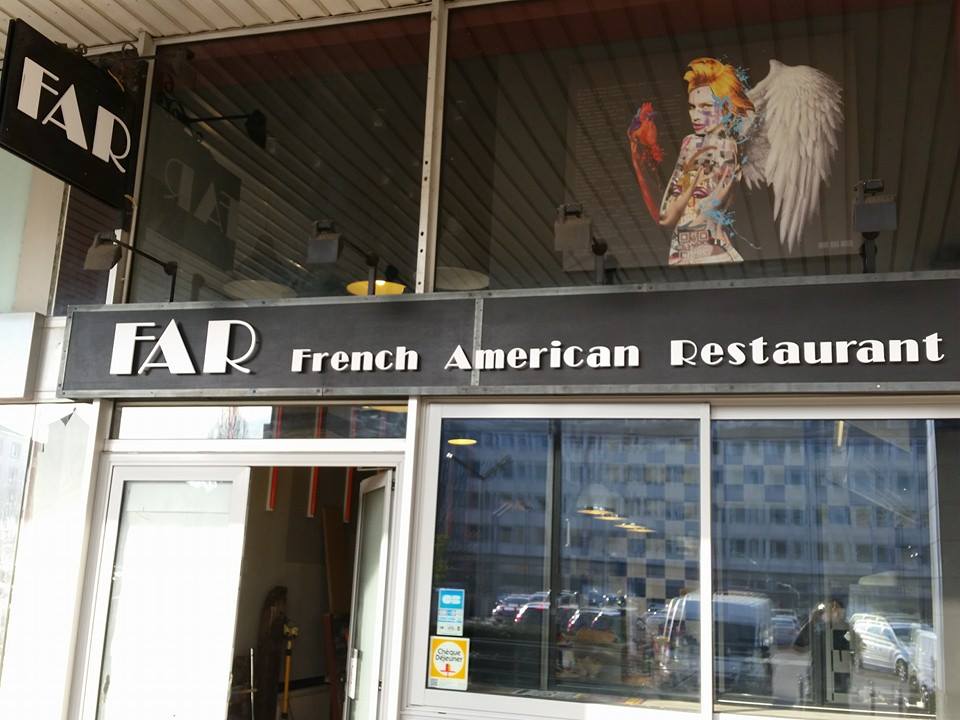 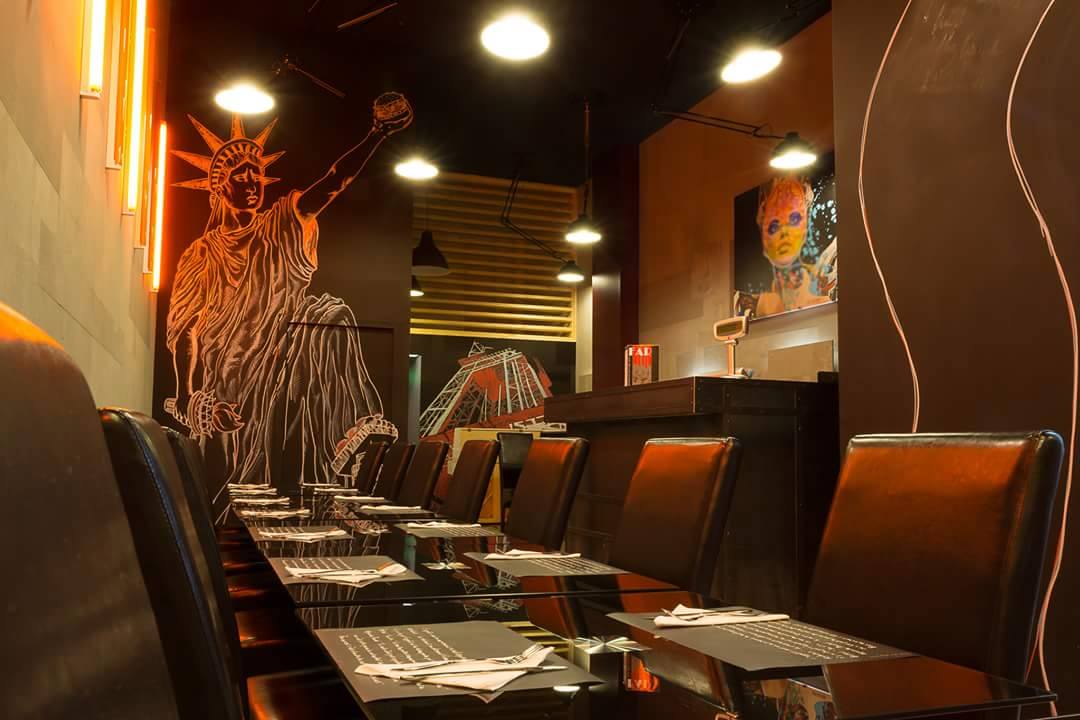 The surface of the restaurant is 2000 sft.
The materials used for the restaurant are resolutely modern, for the soil we have created a waxed concrete, the walls were covered with tiles marble concrete and wood. It was also necessary to create a deco specifically American but also mixed with parisian images .The dominant color it's black this choice was made to allow to produce a fund able to support the renewable chalk drawing
made with local artists.

In this project the commission was the union of the building. They have an impressive list of restrictions regarding construction and security rules. we had to meet fire standards and cover the ceiling of the restaurant with anti-fire fiber and also shorten the bar 25 "to allow a passage to wheelchairs and changing the width
of the entrance for the same reasons So we also had to build an emergency exit at the back of the restaurant.
The budget increased considerably but we were able to finish the project respectingthe constraints and the timing.

This project has appealed to all the trades of construction, electricians, plumbers massons, tiler, we had to organize a timetable and design a retro planing to orchestrate all the trades in the order of effectiveness and also for adjusts the appointments with the inspectors of the City of Metz and especially to follow as much as possible the planing opening planned at the beginning of the year 2015

The restaurant FAR has been a good experience on the creative and reactive level. This project was educational to understand the administrative mechanisms and to accommodate a complex organization of trades while respecting an imposed timing.