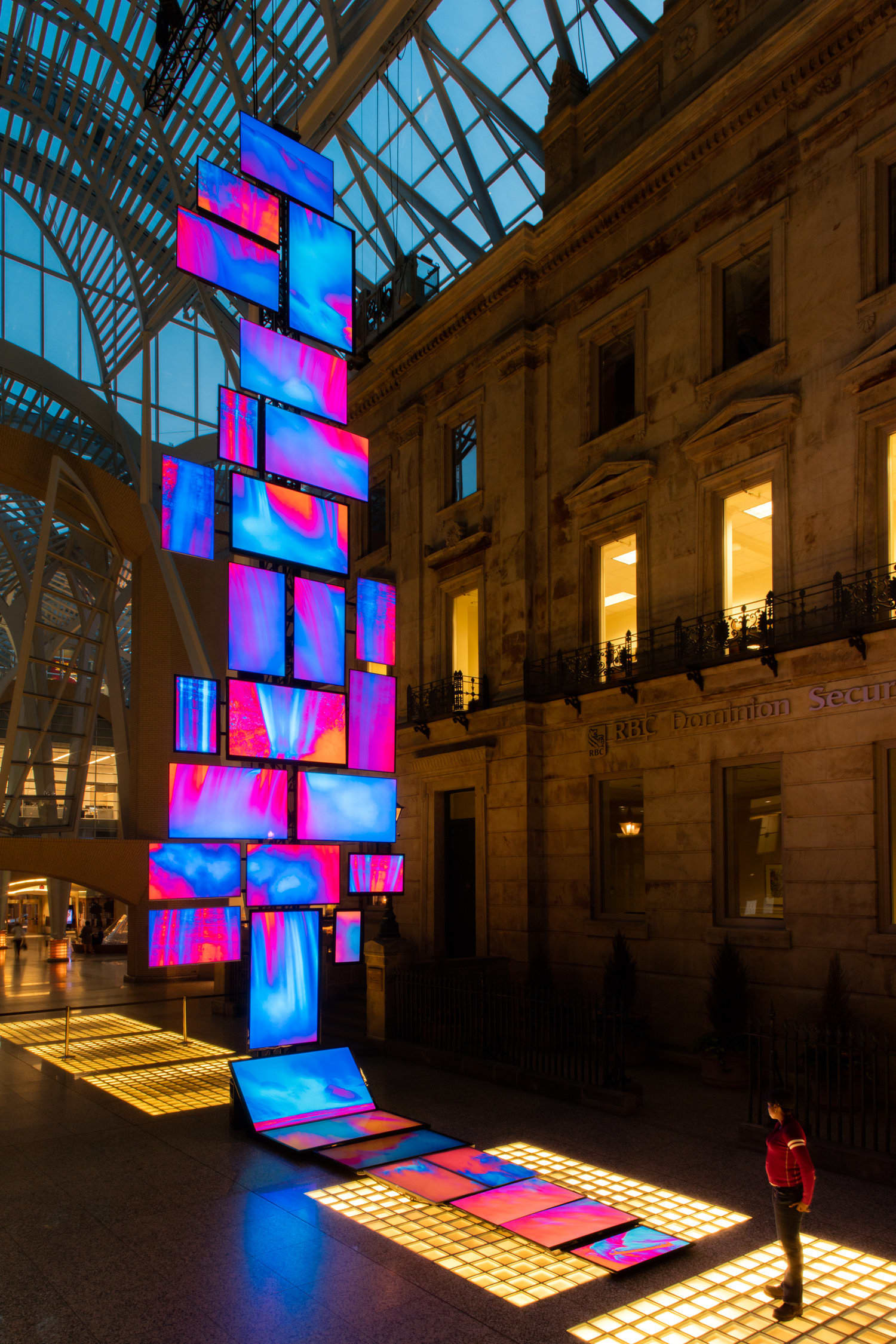 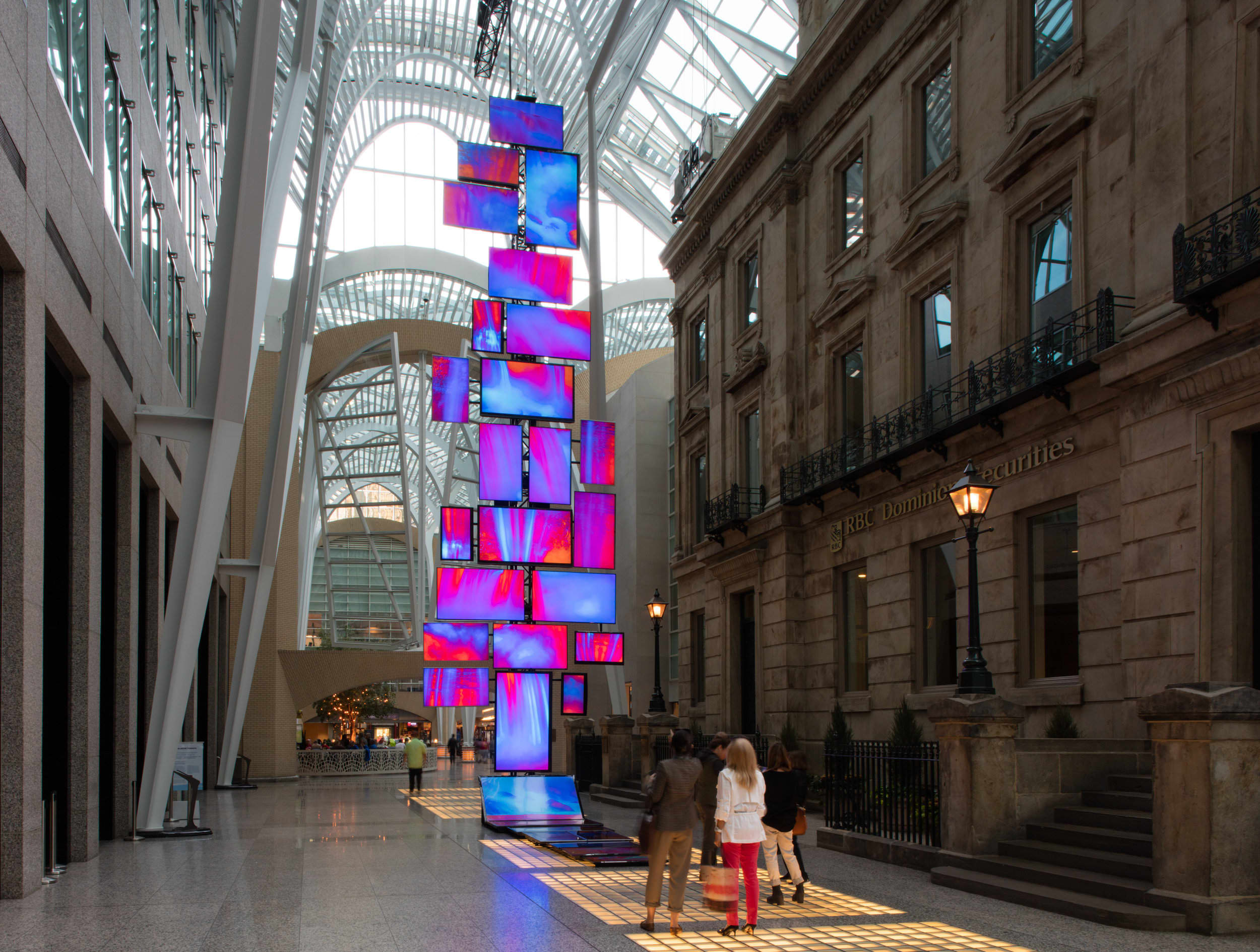 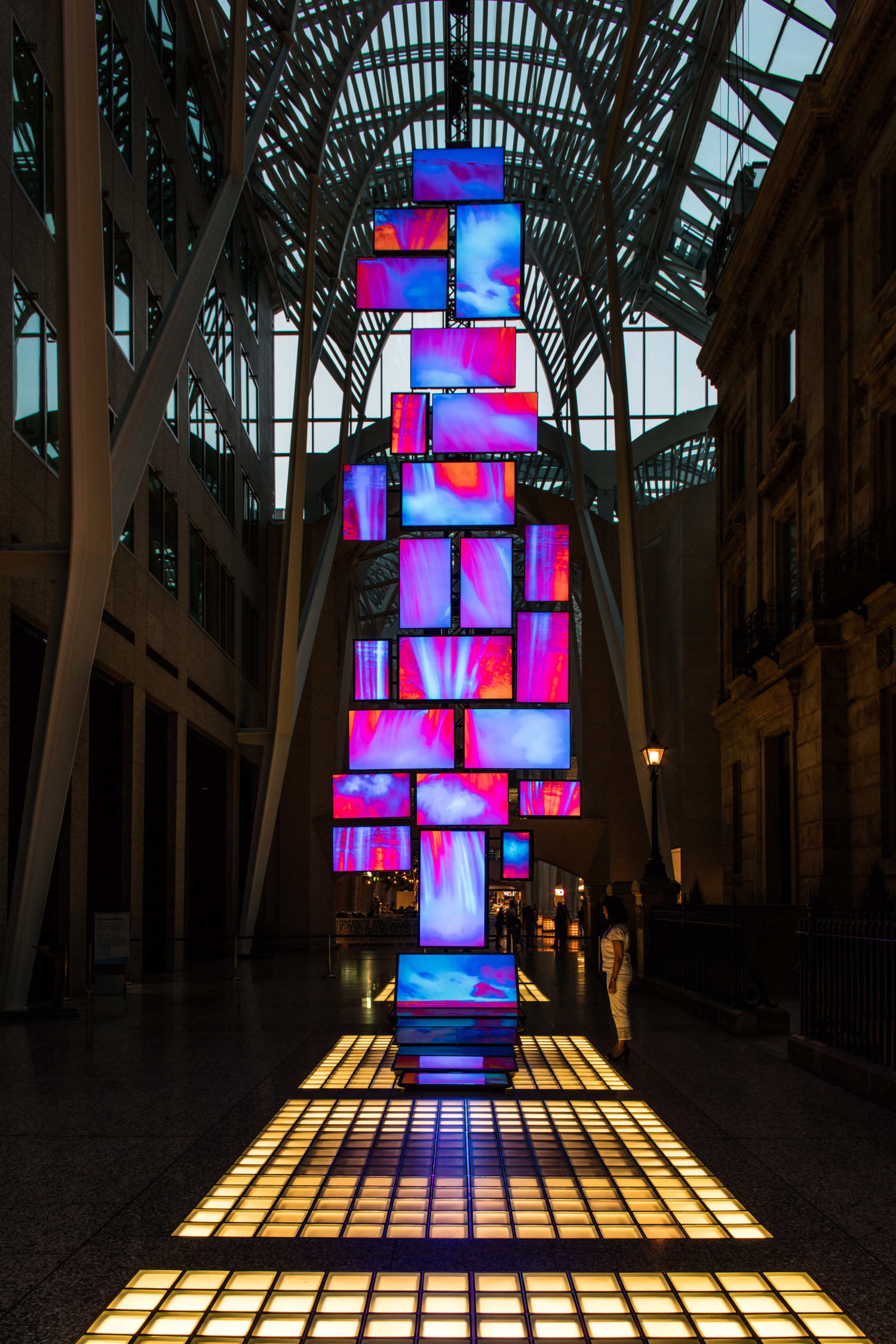 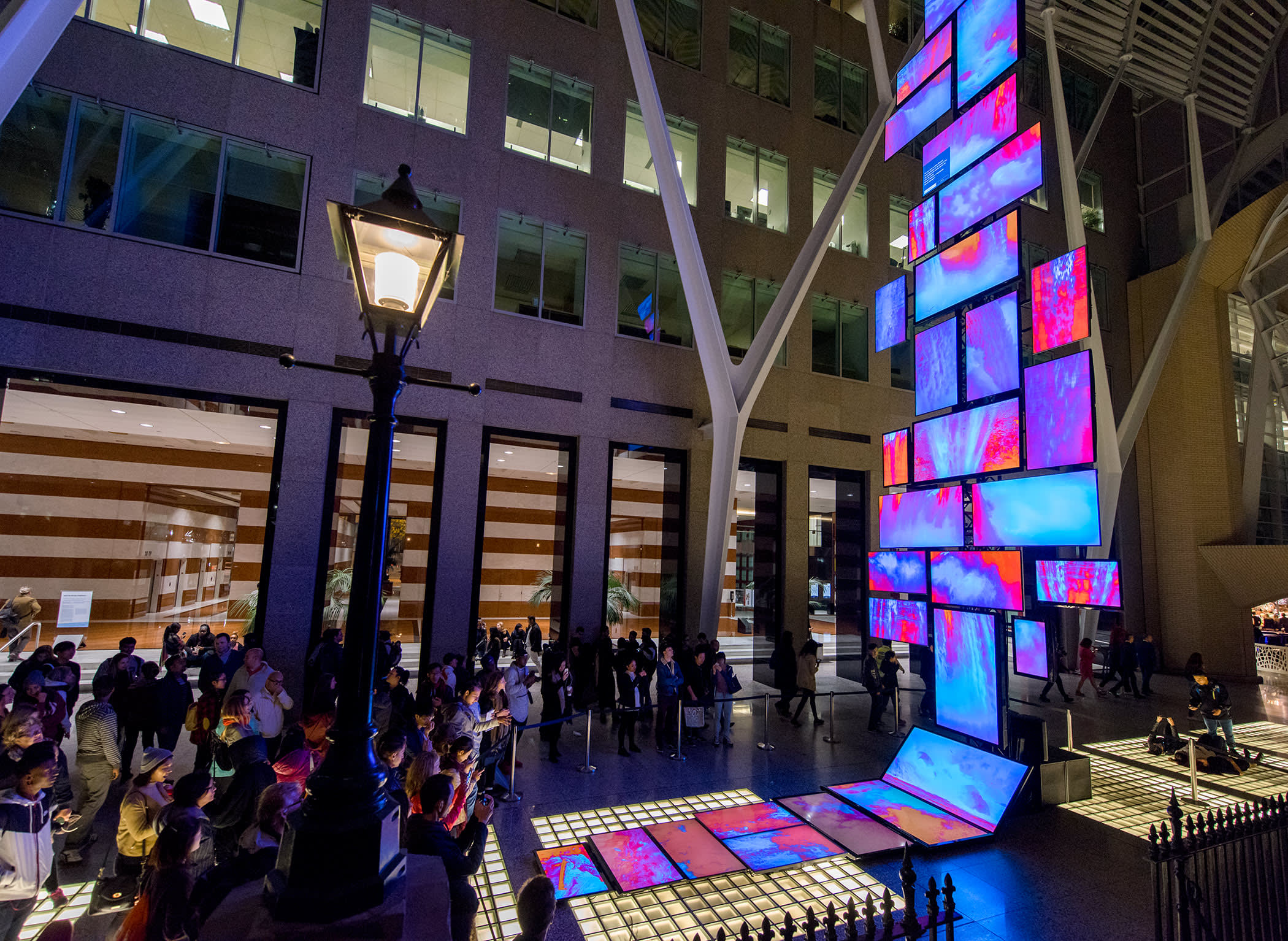 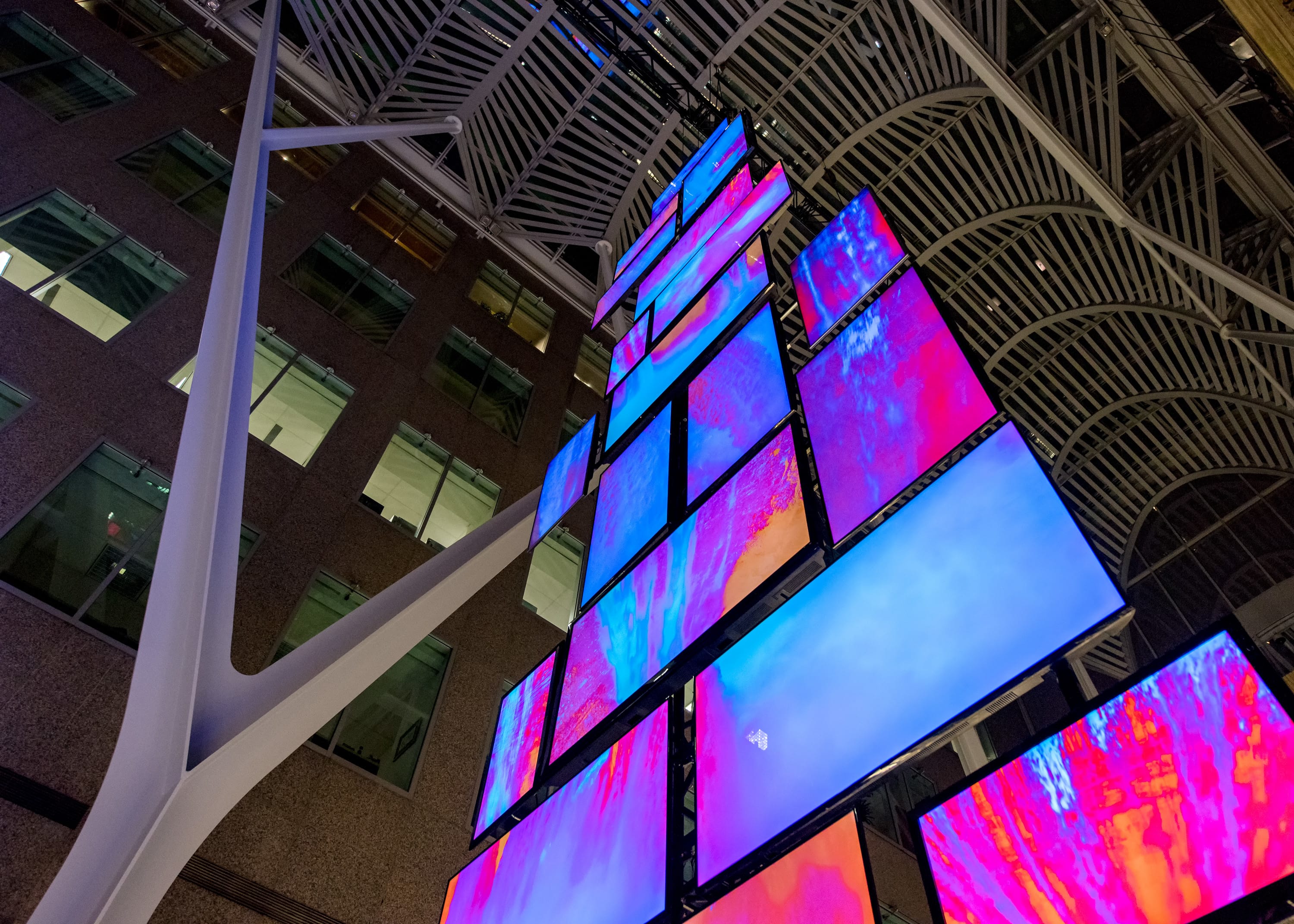 Fallen Water brings our attention to the worsening global freshwater crisis through an exploration of local waterfalls and waterways flowing towards Lake Ontario. Separate videos on each of the thirty-two video screens that form this towering structure display a small section of an individual waterfall along the geologic formation known as the Niagara Escarpment. Coalescing into a video and sound installation in the central corridor of Brookfield Place in downtown Toronto, the project ultimately reflects upon the disparate and widespread origin of Ontario’s water which makes up one-fifth of the world’s remaining fresh water.

The goal for this project was to create a work that integrated seamlessly with cathedral-like quality of the space. Also, I wanted the project to be relevant to issues facing Toronto and the world at large. Both of these items were integral to this work physically and conceptually.

Fallen Water, a towering digital waterfall, commissioned by the City of Toronto in 2016 focused on the fact that Canada has over a quarter of the world’s remaining fresh water. I filmed at over twenty-five waterfalls throughout Ontario, and worked directly with the city, local businesses, engineers, contractors, and consulted with the Canadian Freshwater Alliance to understand the challenges impacting freshwater in Ontario and beyond