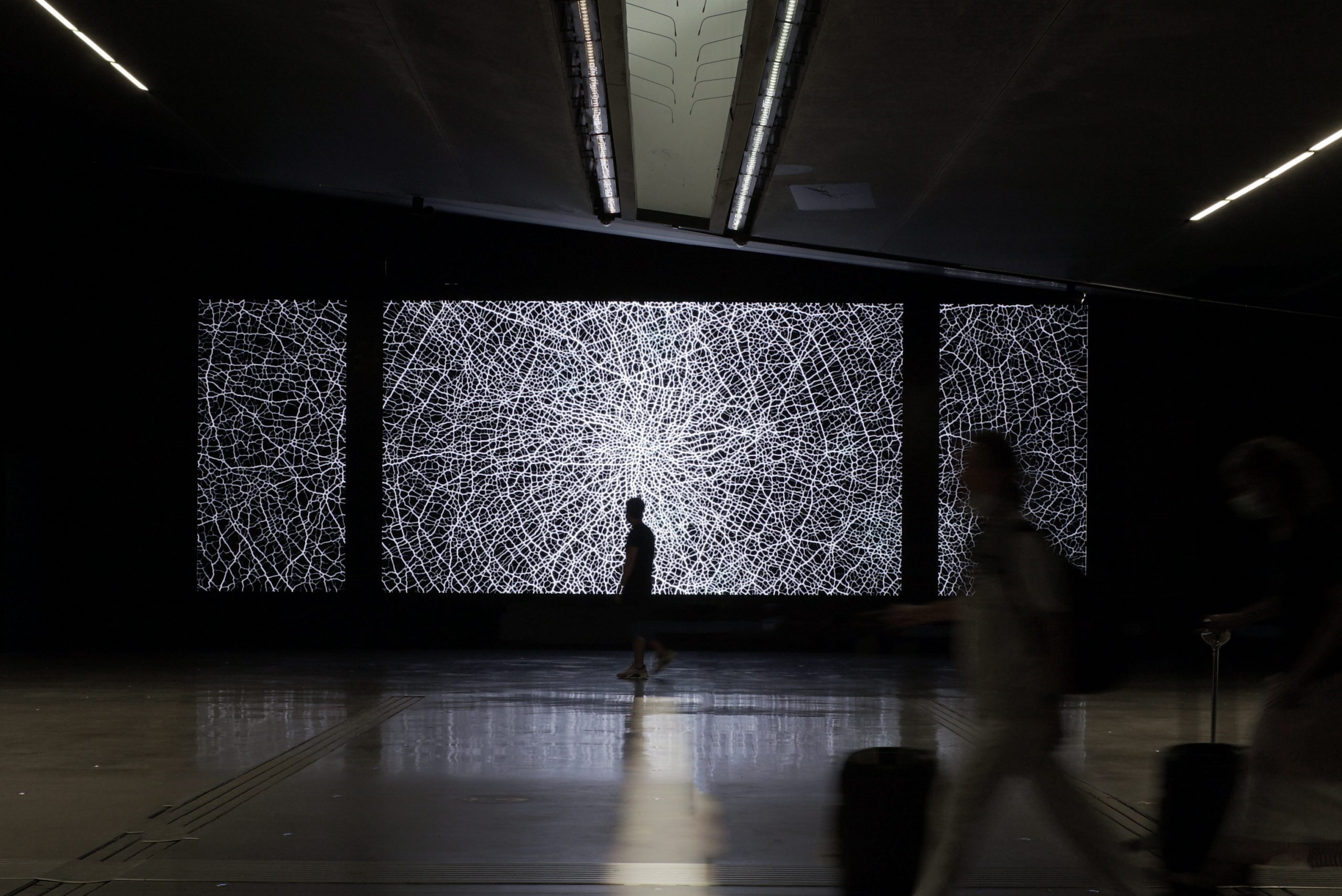 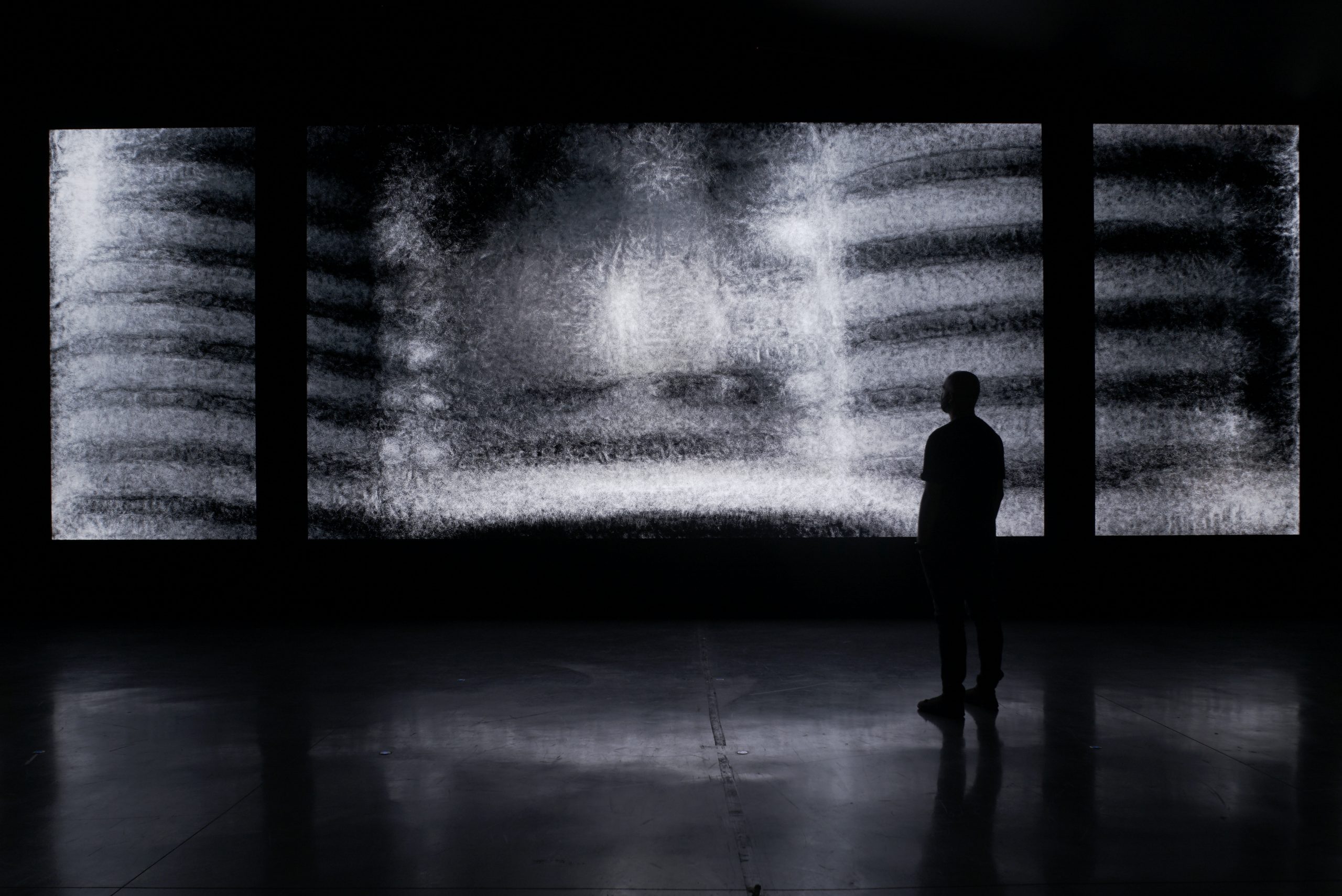 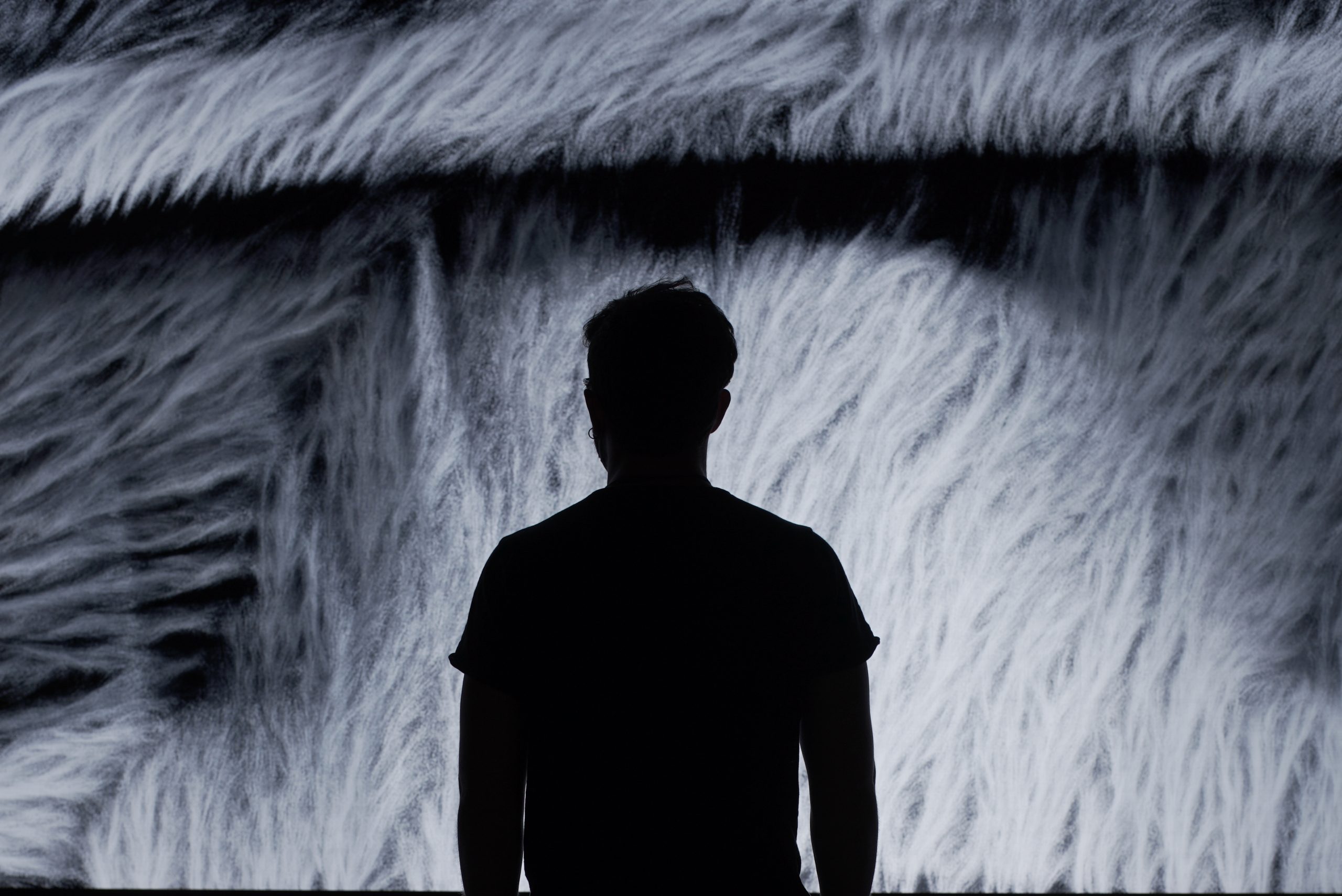 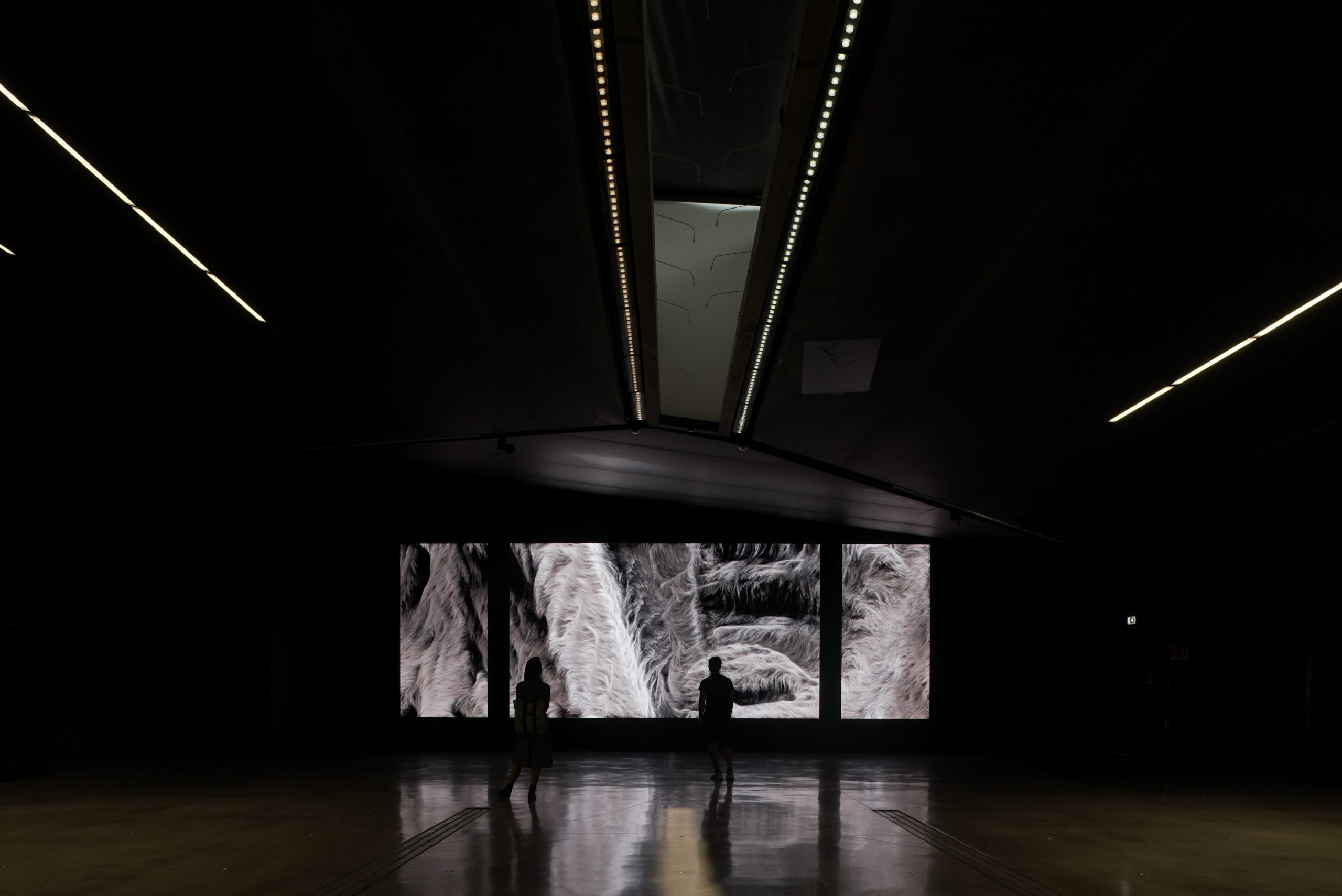 Falin Mynd is a generative audiovisual installation dedicated to the city of Milan that draws inspiration from the concept of the latent image in the photographic field: an invisible imprint left by the light on the film that is revealed only after its development. Similarly, the data generated by the inhabitants and visitors of the city of Milan produce abstract digital landscapes, leaving a trace from their analysis and interpretation in real-time. In this way, the work makes visible the indissoluble bond between individual and community, highlighting how the two entities influence one another changing the perception of the reality surrounding us made of places, people, colors, and sensations. The data thus constitute an invisible image of the city, a map of what is not manifest and which is revealed in Falin Mynd.

The installation was conceived to convey the message of interconnection among people, comunities and described how each relationship is entangled with the other.

The project premiered on July 2020 at Malpensa airport as part of the "Nice to MEET you" project, curated by MEET Digital Culture Center with the support of SEA.

EMOTIONAL ANALYSIS
The development of the installation starts with the analysis of data related to the city of Milan. In particular, we took into consideration a layer of information contained on Twitter in a similar way to that explored in Amygdala. Each cycle analyzes the tweets published in Milan, and each of them is assigned a geotag and an emotional value, a positivity/negativity index of the content obtained through a semantic analysis of the text. The analyzed tweets are then organized into clusters and displayed on the generated map based on the geolocated position and colored according to their emotional impact.

Ai EMOTION INTERPRETATION
During each cycle, a cluster located on the map is selected, and, based on its position, an exploration of the city is triggered by exploiting an artificial intelligence trained on thousands of images of the city of Milan. The data flow used in the generation of the map and of the specific place becomes the tool that modifies the generation of artificial images. This new layer arises from the photos taken in the city and transforms according to the emotional state present.

The core of the installation exploits a series of algorithms trying to imitate the emerging and self-organized structures present in some biological systems. In particular, ants, termites, and some types of fungi create extremely complex structures based on elementary communication processes. Our approach took inspiration from these strategies to create a network structure for the generation of a constantly evolving map of Milan. It starts from the street patterns of the real city but at the same time has the freedom to change and transform based on the impulses collected in a potentially endless process. The sound of the work was developed starting from the concept of musical cryptography. This technique allows you to create a sequence of notes by encoding a non-musical content, typically a text. The texts of the tweets converted into binary format, create numerical sequences that are used as rhythmic impulses to trigger musical notes, also obtained from the conversion of the text. These melodic structures are then elaborated through the counterpoint composition technique of the canon. Sounds intertwine imitating each other progressively, creating polyphonic flows in continuous transformation.