Fairy Tale Architecture: Why the Sun and the Moon Live in the Sky - CODAworx 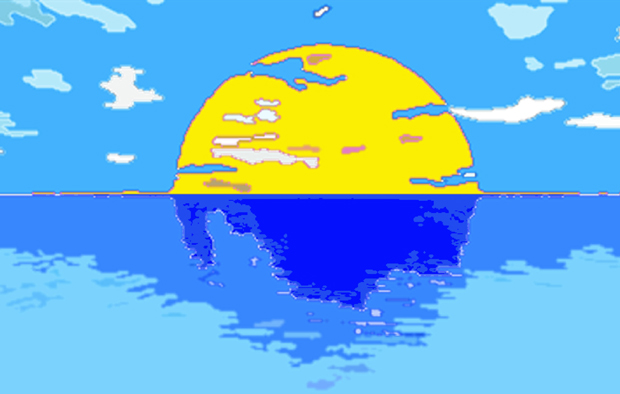 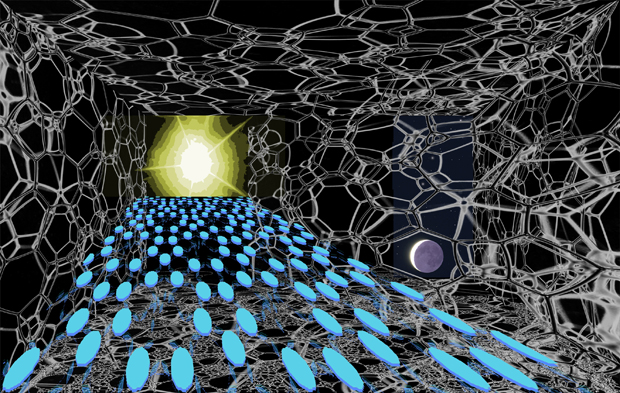 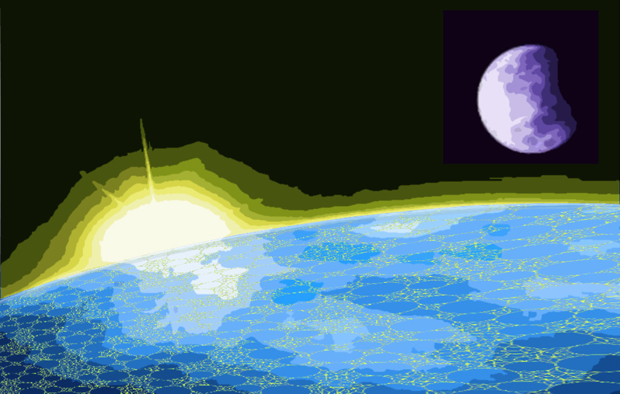 As part of the curated series, Fairy Tale Architecture, studioSUMO explores the African folktale Why the Sun and the Moon Live in the Sky from the perspective of “house building.” We broke down the narrative structure into basic themes in order to image: 1. Visitation (or “Why don't you visit me?” asks the sun); 2. Building (or “Let's build a house for water.” says the sun to the moon); 3. Arrival (or “When water moves in.”); and, 4. Displacement (or “The making of the solar system”).

The Fairy Tale Architecture brief was simply to generate a series of images for a fairy tale of our choice.
The basic elements that support life are the basis of the narrative of Why the Sun and the Moon Live in the Sky: darkness and light and water--72% earth is covered in water and the human body is 60% water. The “house building” in the narrative relates to the formlessness of water in the liquid state and its reliance on a container.
As architects, we are attracted to the complexity of simple surfaces in the narrative. Three iconic shapes shift in relation to each other and there is a sense of limits and equilibrium in the narrative. Earth as a house on which the sun and water lived appeared to be a semantic problem in the narrative. We chose to express the formlessness of the sun and water cohabitating.
The challenge was to bring an architectural sensibility to a narrative about the cosmos. The design approach is structural and environmental and touches on the metaphysical.

The architects invited to participate select the story to illustrate. Within studioSUMO, the partners, Sunil Bald and Yolande Daniels, collaborated on the narrative interpretation and art direction for the image generation; the images were generated by Yolande Daniels.

“Collaboration in the Fairy Tale Architecture project manifests itself throughout the pre-design and drawing process; contributors work with the curators (most closely with the scholar/writer) during the story selection process and concurrently during design and delineation…
Created for the online magazine Design Observer, the Fairy Tale Architecture series is curated by author and editor Kate Bernheimer and Andrew Bernheimer (also one of the architects illustrating a tale).
The current series includes:
Why the Sun and the Moon Live in the Sky, African folktale, interpreted by Studio SUMO.
The Juniper Tree, The Brothers Grimm, interpreted by Andrew Bernheimer.
The Library of Babel, Jorge Luis Borges, interpreted by Rice Lipka Architects.
(The Juniper Tree and The Library of Babel will be submitted separately, though we would like to have them considered as a single project).” Rice Lipka