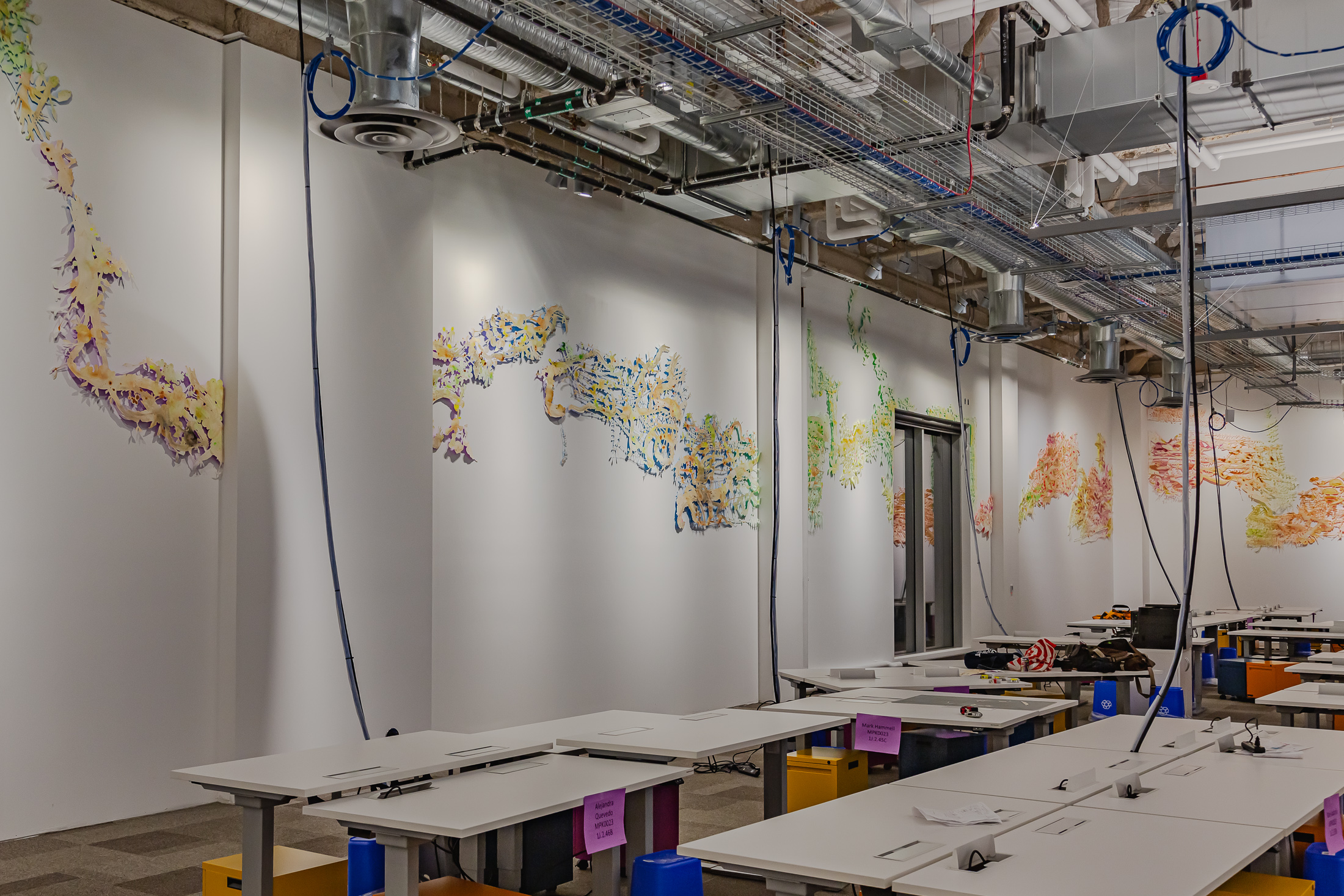 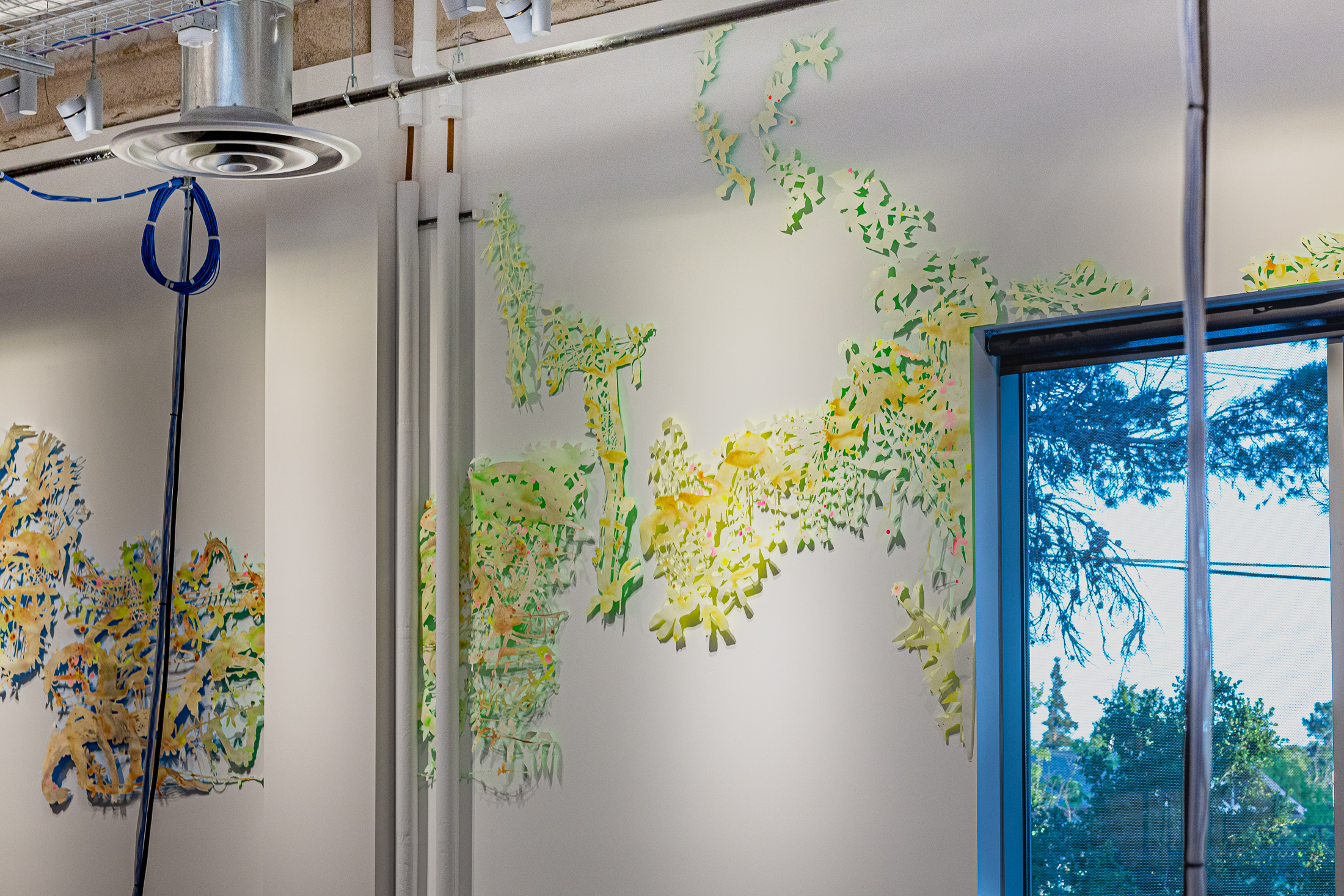 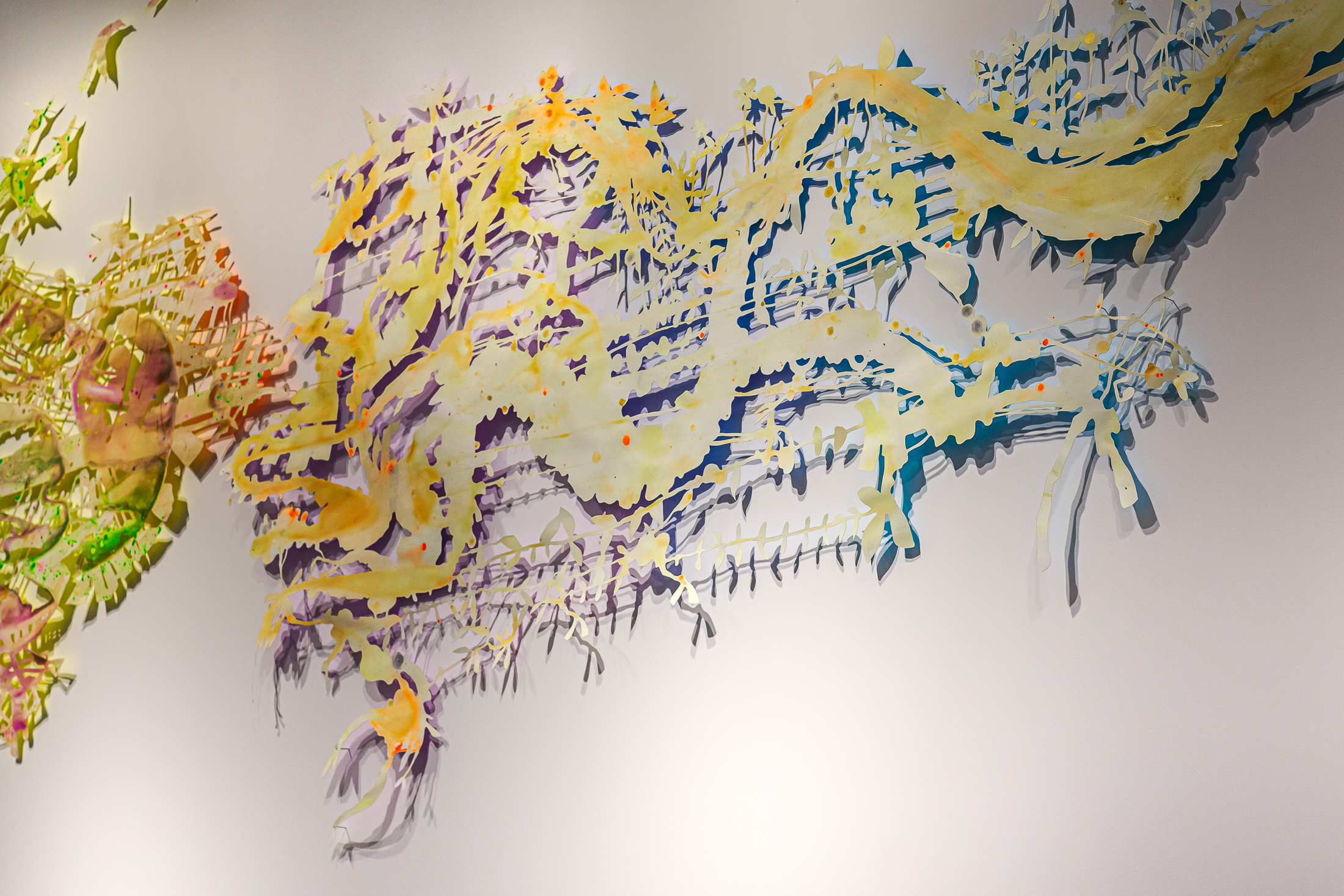 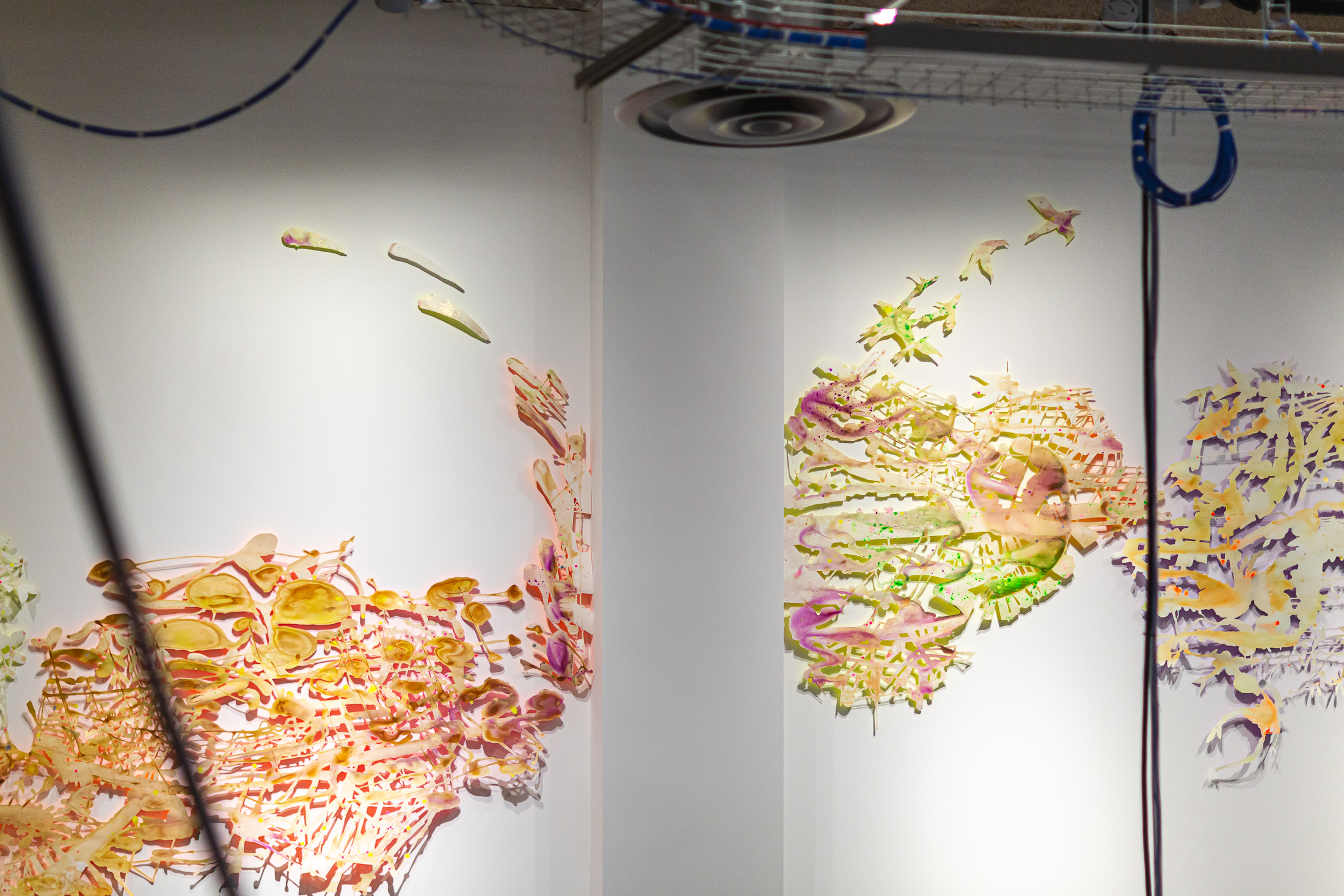 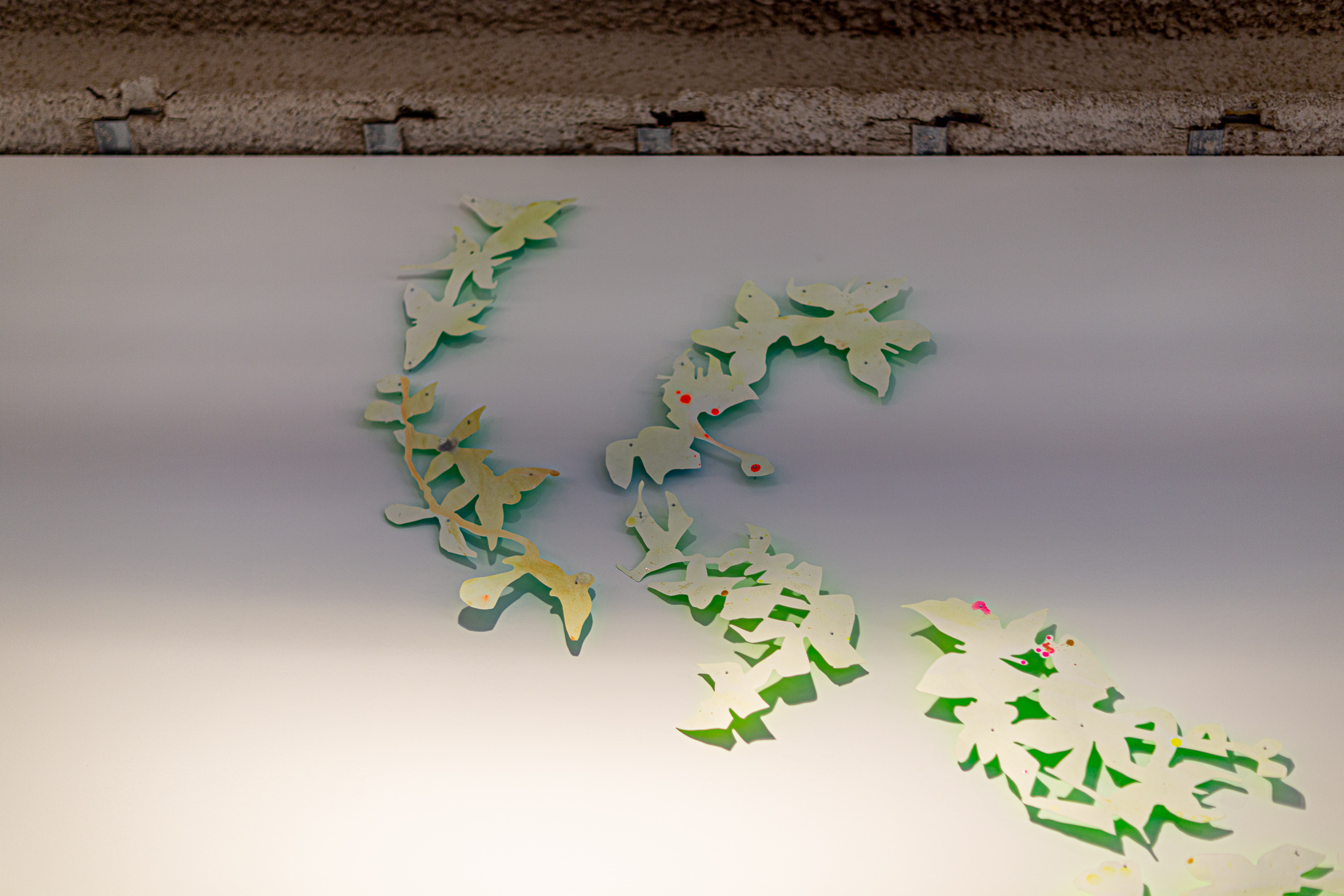 Commissioned by Facebook to create a permanent enhancement in their Menlo Park campus. The work crawls upon the wall’s surface, meandering up and down, reacting to columns, corners, and windows. The fantastical rolling landscape ambles along, displaying a linear narrative of commingled vines, birds, and branches. Swaths of silhouetted form float over the interior architecture, allowing its prismatic variations to produce an other-worldly nimbus of mottled color.

The timelines were extremely tight—seven weeks to complete both projects. My regular studio practice was upended in a whirlwind of production having to output so much large-scale hand-cut paper in so little time. The artwork that was yielded through this intensified process records its frenetic making byway of interconnected nature-based formations and methodical geometric repetitions.

I was approached by Facebook’s Artist In Residence program to develop two separate site-specific installations for their newly constructed buildings in Menlo Park and Playa Vista.