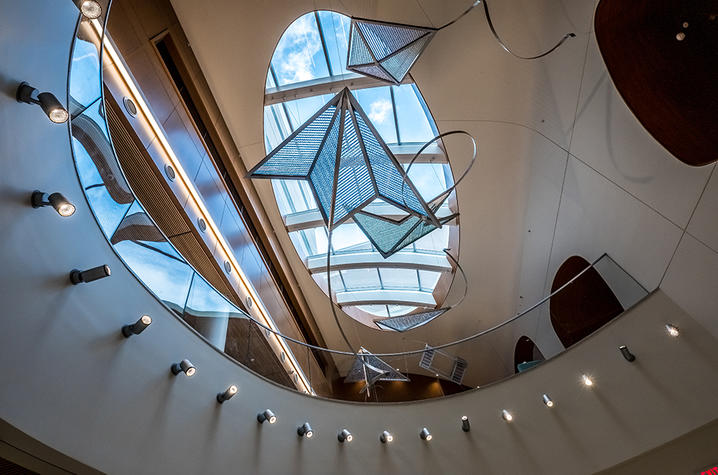 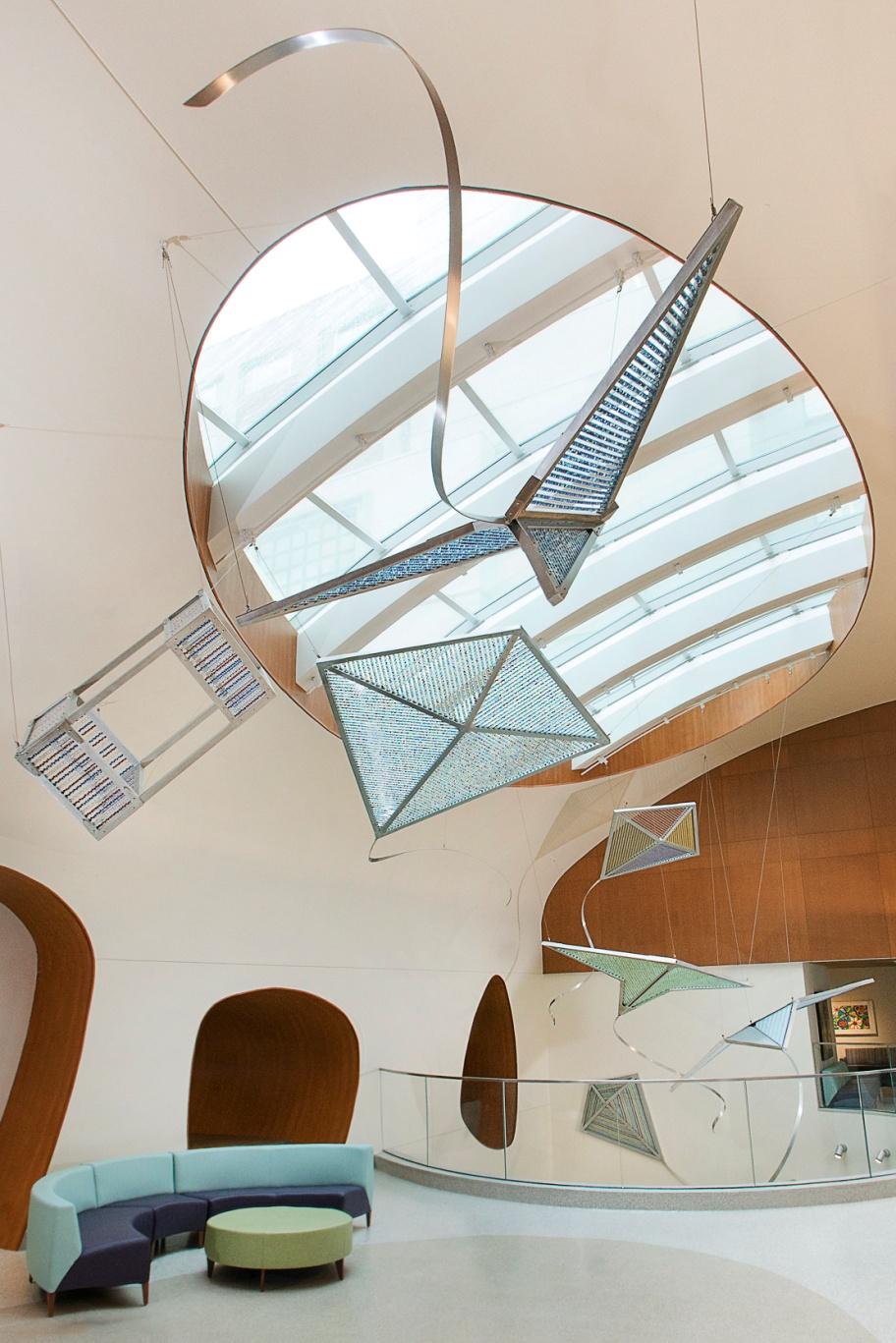 Exuberance! was a collaborative project between my studio and artist Erika Strecker. It was won though a national competition and installed in the atrium of the lobby of the University of Kentucky Children’s Hospital in Lexington, KY. 40′ x 30′ x 20′, suspended glass marbles, aluminum and polycarbonate.

Goals included bringing the community into the work which we did through collecting marbles from local people which were incorporated into the kites for color and dimension.

Design took place over a period of days between myself and Erika Strecker and the work was built in my studio. There were also site visits and meetings with the hospital board and community members.