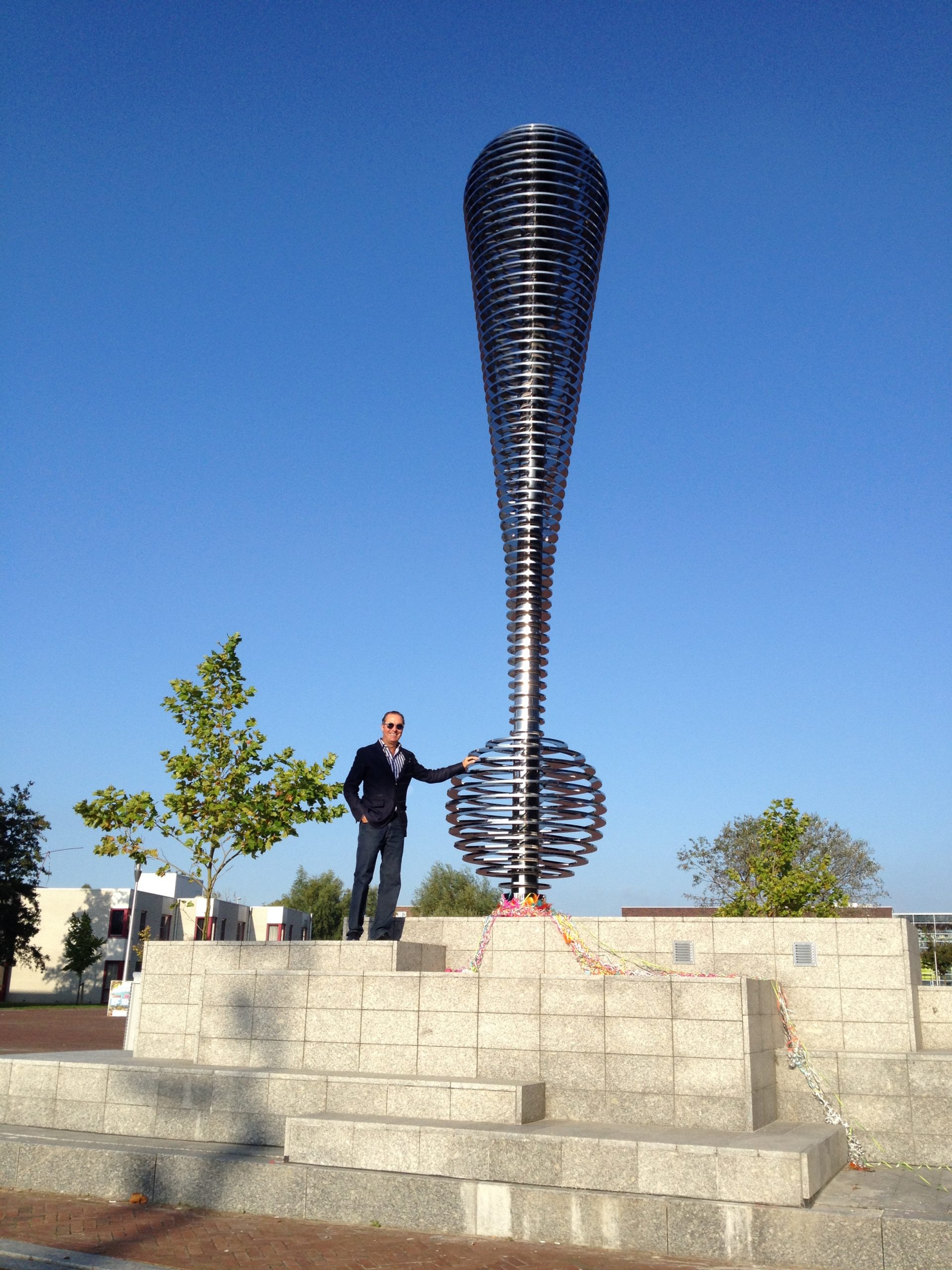 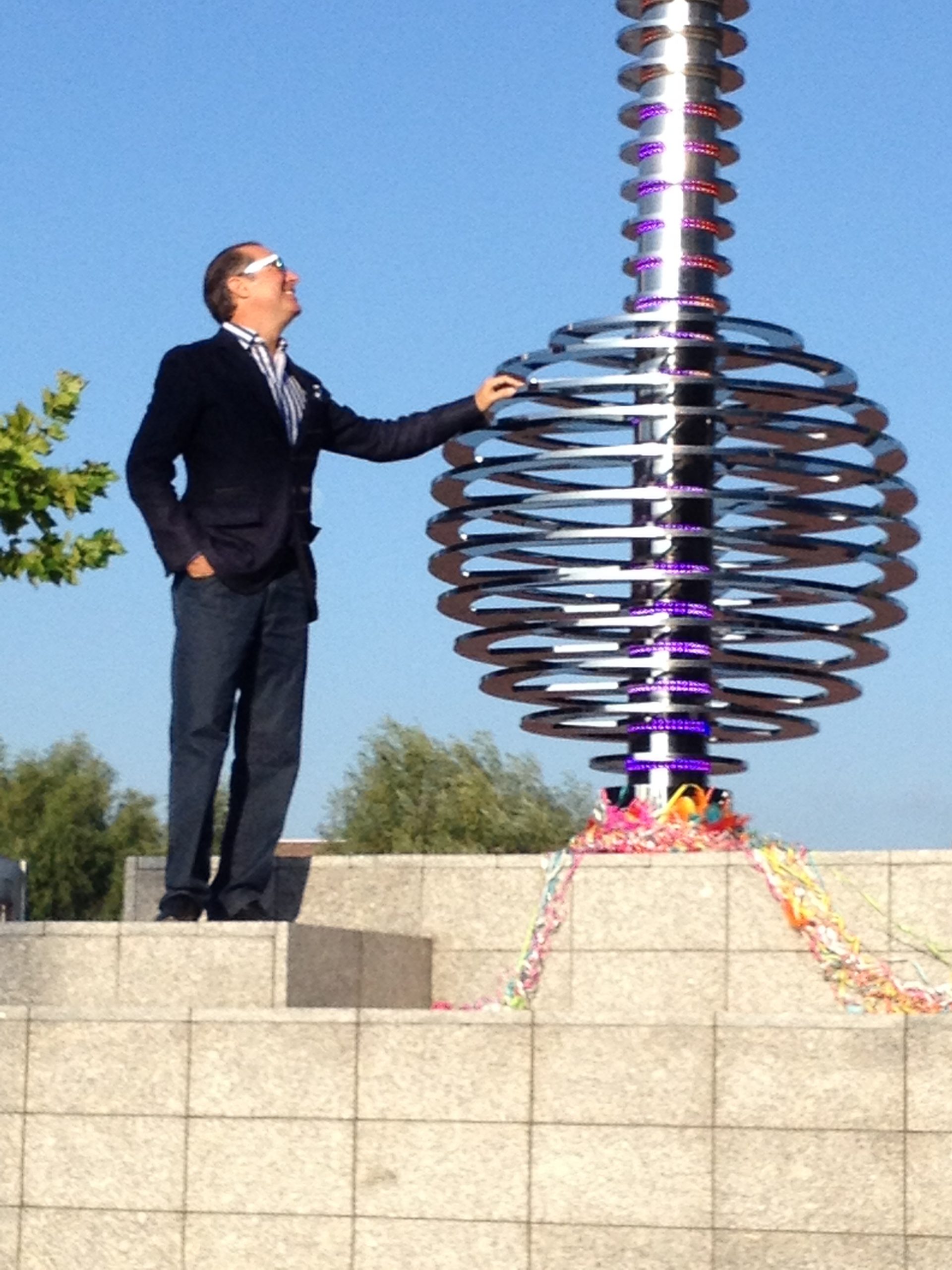 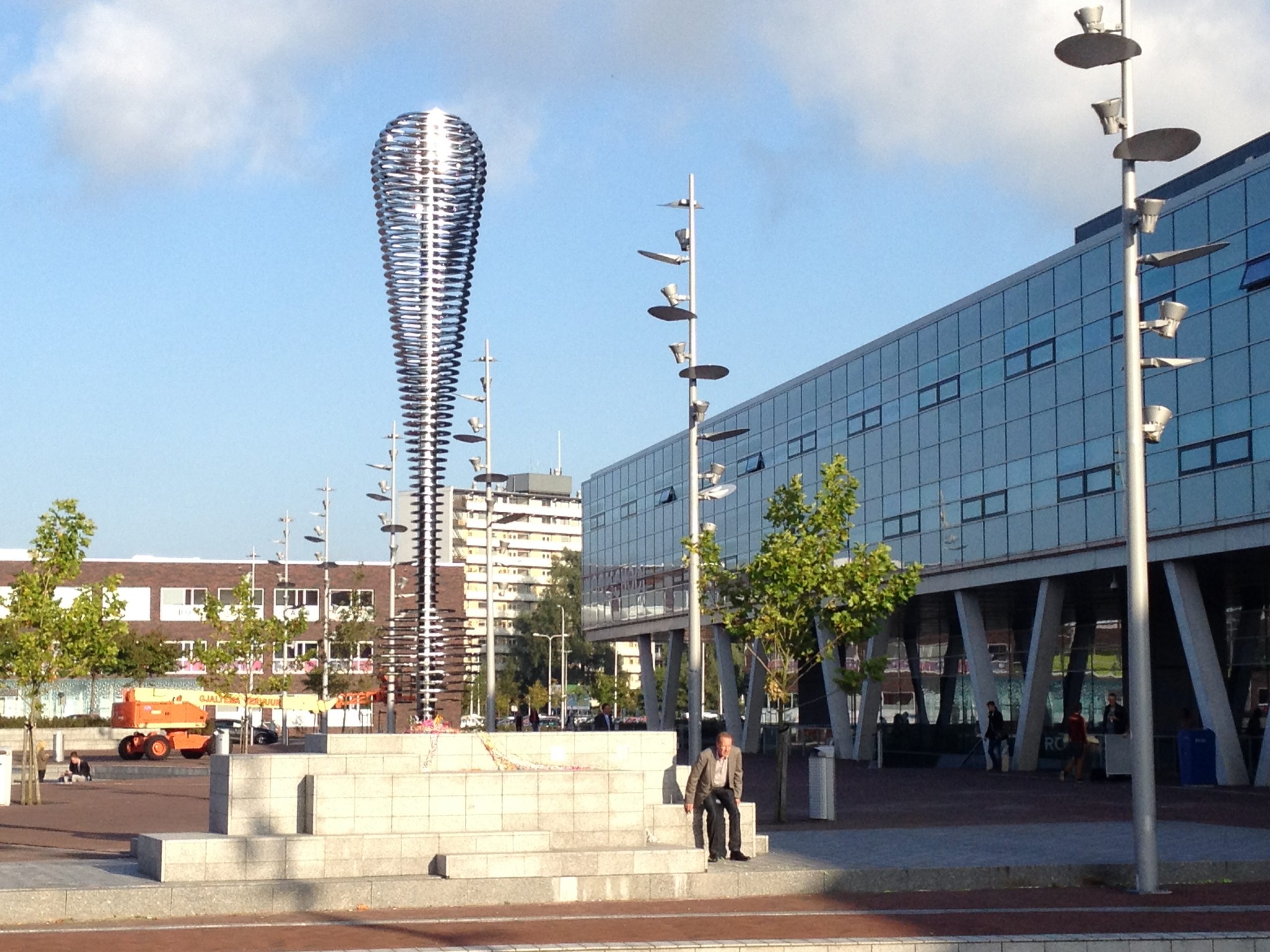 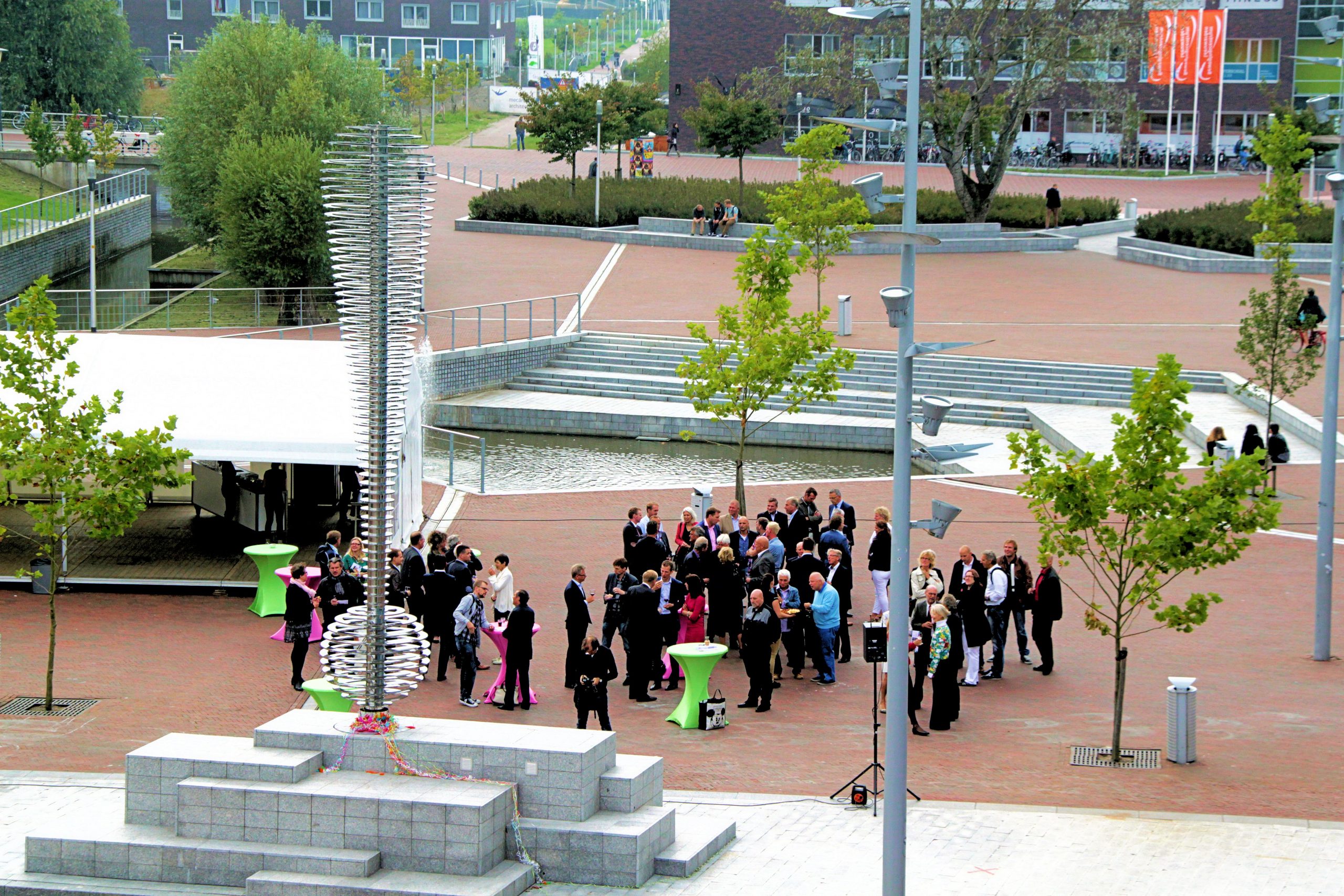 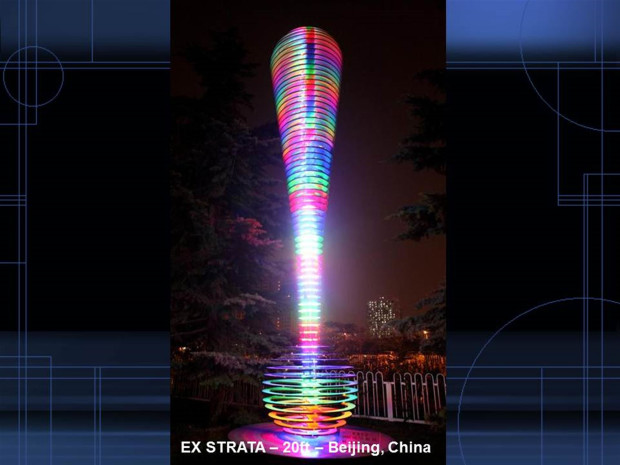 EX STRATA #3 – 28ft or 8.5m tall Interactive Light and Sound Sculpture, globally accessible via Webcam, Internet, Smartphone APPs – inaugurated at the merger of NHL and STENTON Universities in Leeuwarden in the Netherlands September 2014.

The goal was to mark the merger of NHL and STENTON Universities in Leeuwarden in the Netherlands by placing a central iconic landmark sculpture on the main plaza between the two Universities.

The design of the sculpture, the website www.exstrata.nl and the Apps for remote interaction, as well as the webcam integration were a collaborative effort. Ralfonso worked with the NHL students and professors over the course of 2 years to define and implement all the interactive features and programming.

The project is based on an open platform, with the objective to be able to connect the various EX STRATAs around the world, ie the Beijing Tsinghua University EX STRATA #2 - so students and viewers around the world can send each other light and sound messages - and develop their own apps and sensor integrations and displays.