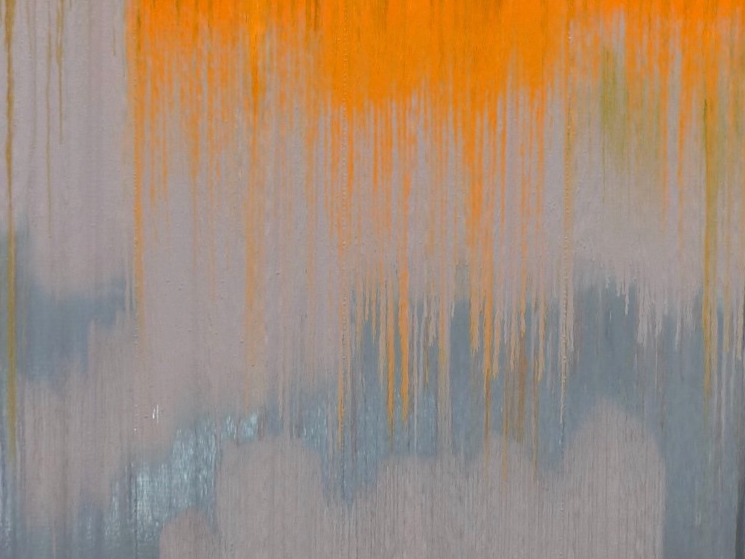 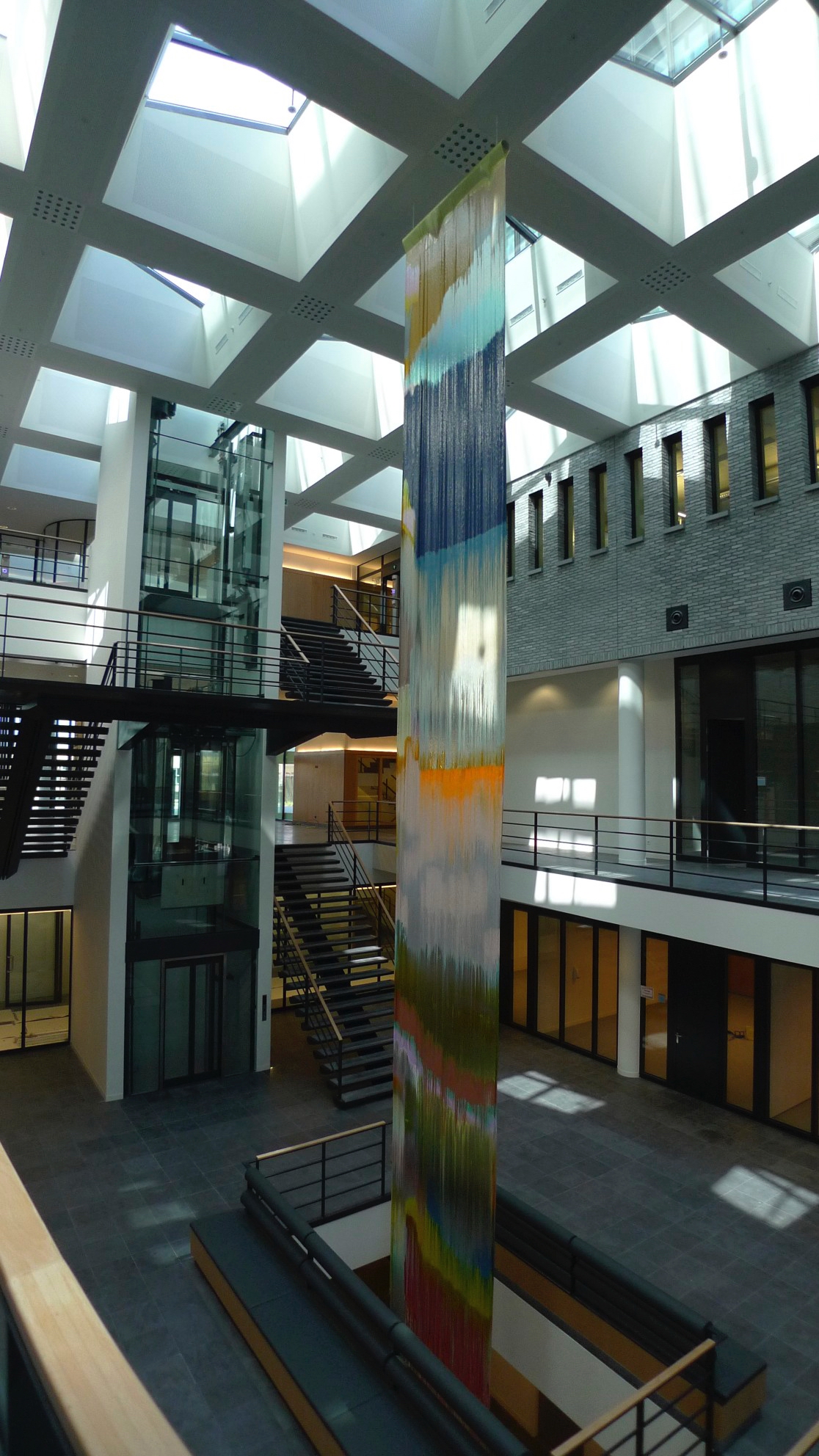 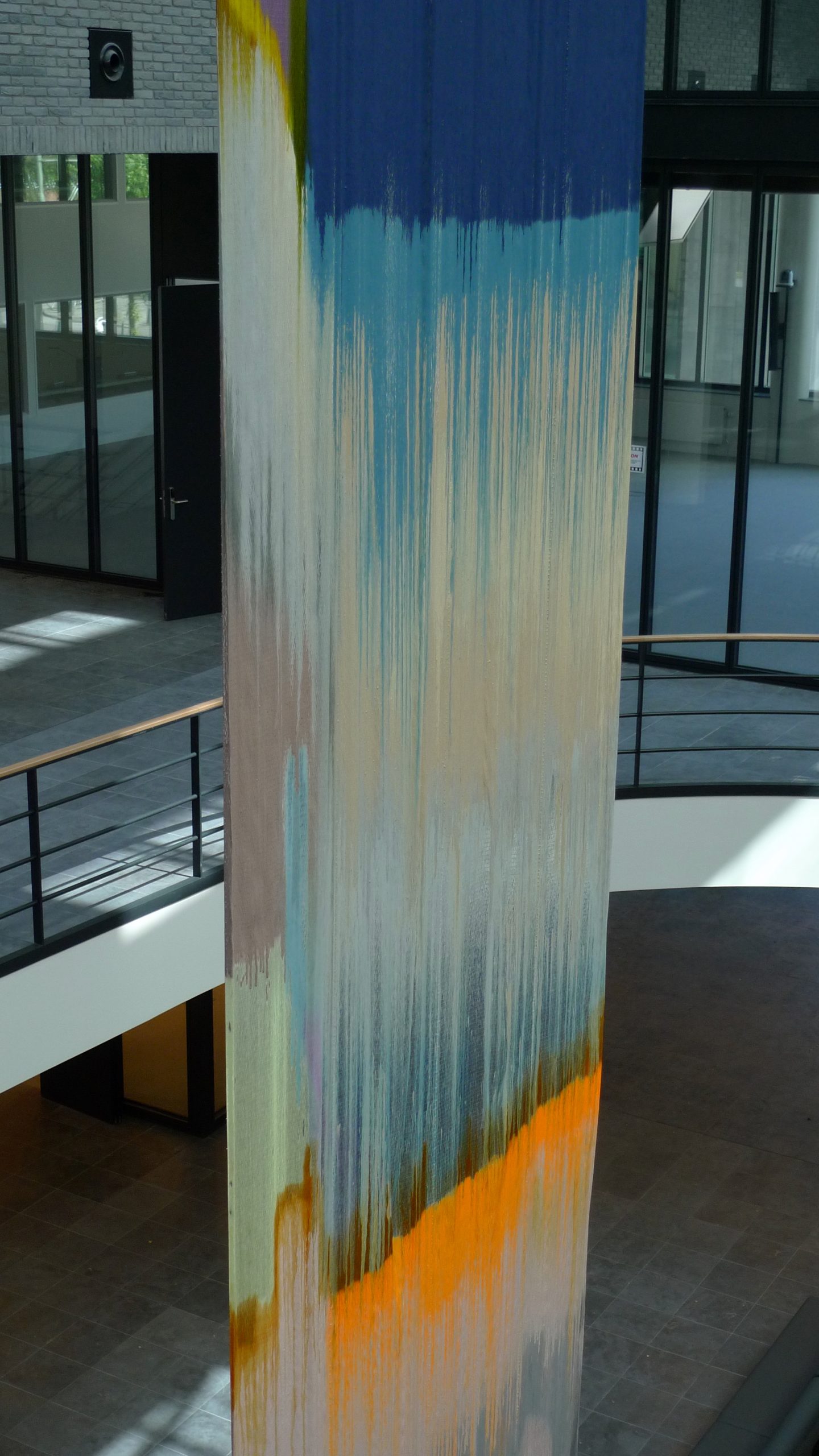 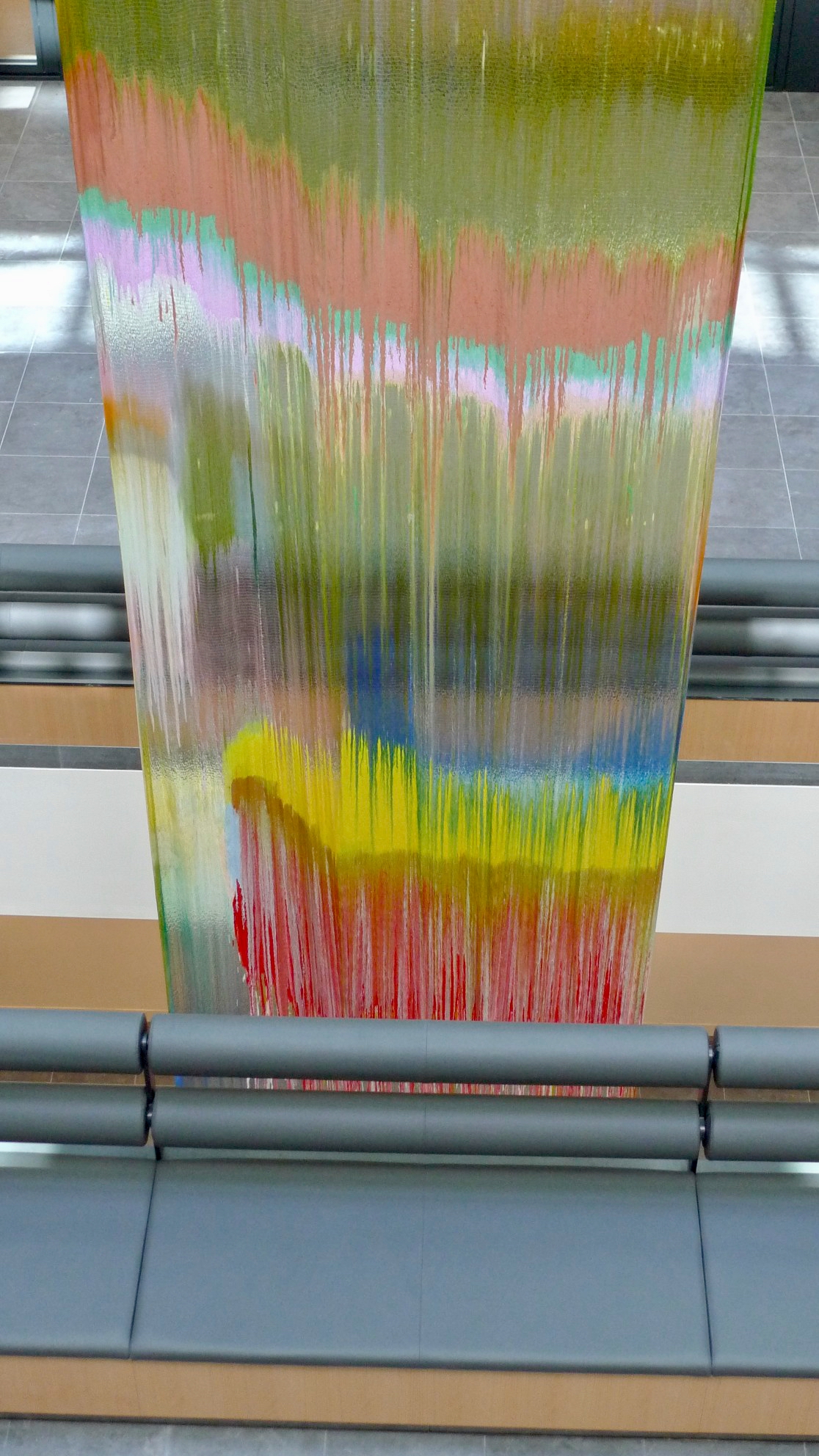 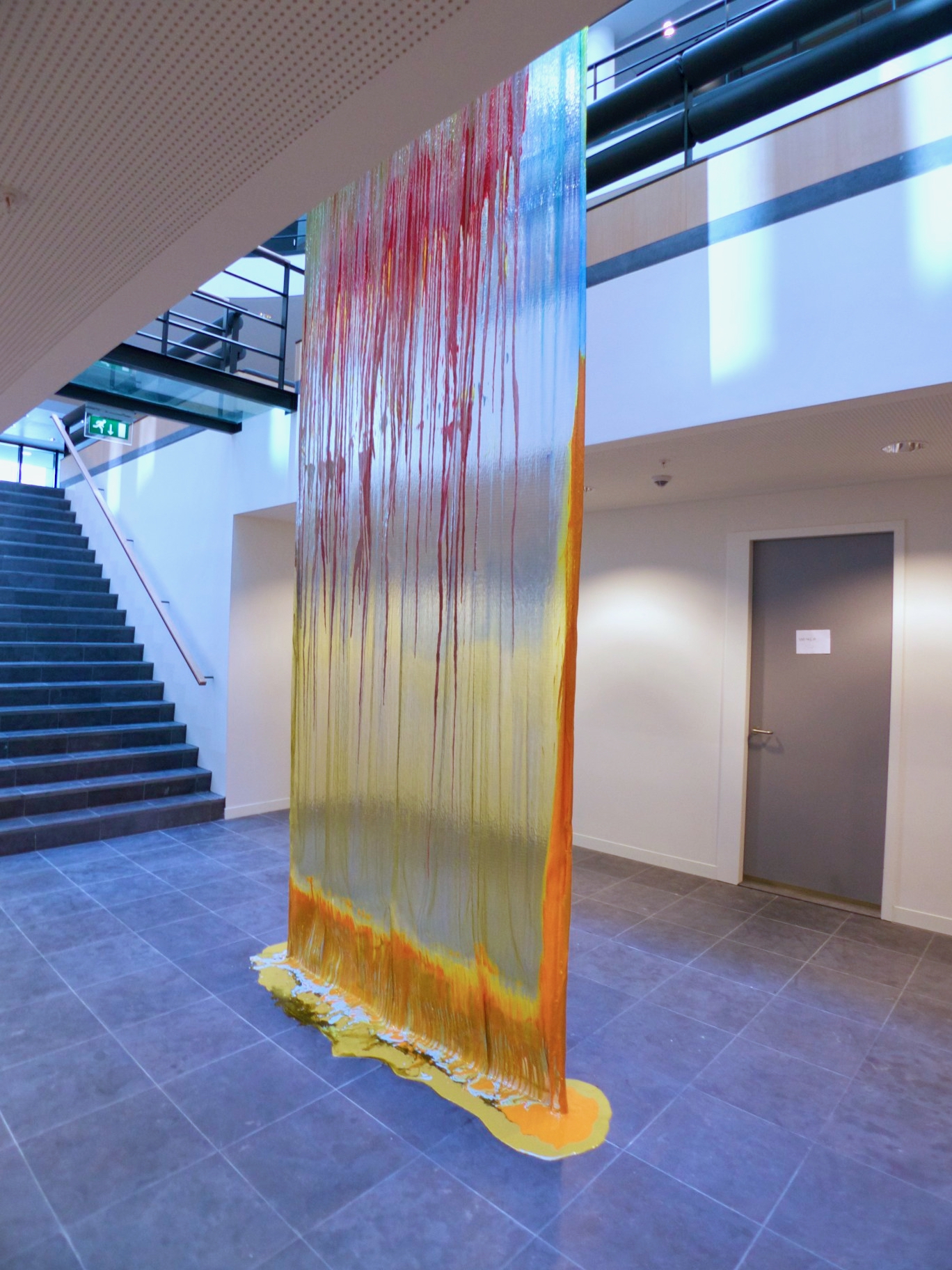 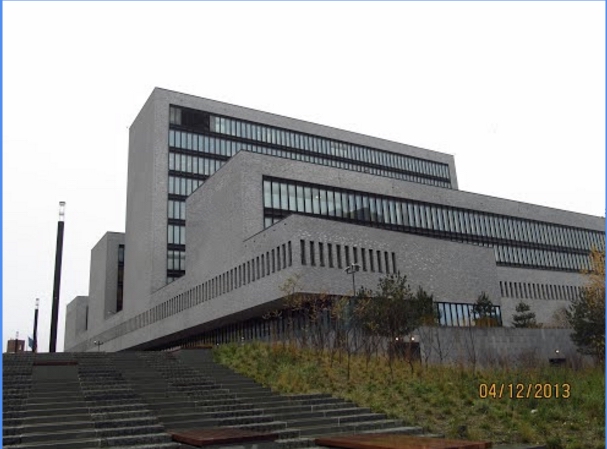 This 63ft tall resin Cascade is Lindberg’s first project for this EU organization (they later asked him to do a second project) is in their headquarter’s Entrance Hall. It is the largest Cascade Lindberg has made. The art commission was coordinated by the revered Dutch government art management department, the Rijksgebouwendienst (Royal Dutch Building Services)–Lindberg’s third project for them. The client is one of the highest security organization in the EU, and installation was on time, and security and safety regulations were met.

To enhance and activate the space.

The EU client’s six-person committee selected the artist for the project, then various meetings were held and a final proposal was agreed upon. The committee was provided with more color samples, drawings and models to create the final proposal together. Close communication with the artist, architect, building construction manager, client’s committee, the art commission manager, and an art installation crew continued until completion. The artwork was installed on time and met high security and safety standards.
The client said it is a beautiful project, and included the it in their in-house publication--including an interview with the artist. They even mentioned having Lindberg do a third project with them–for their third building.