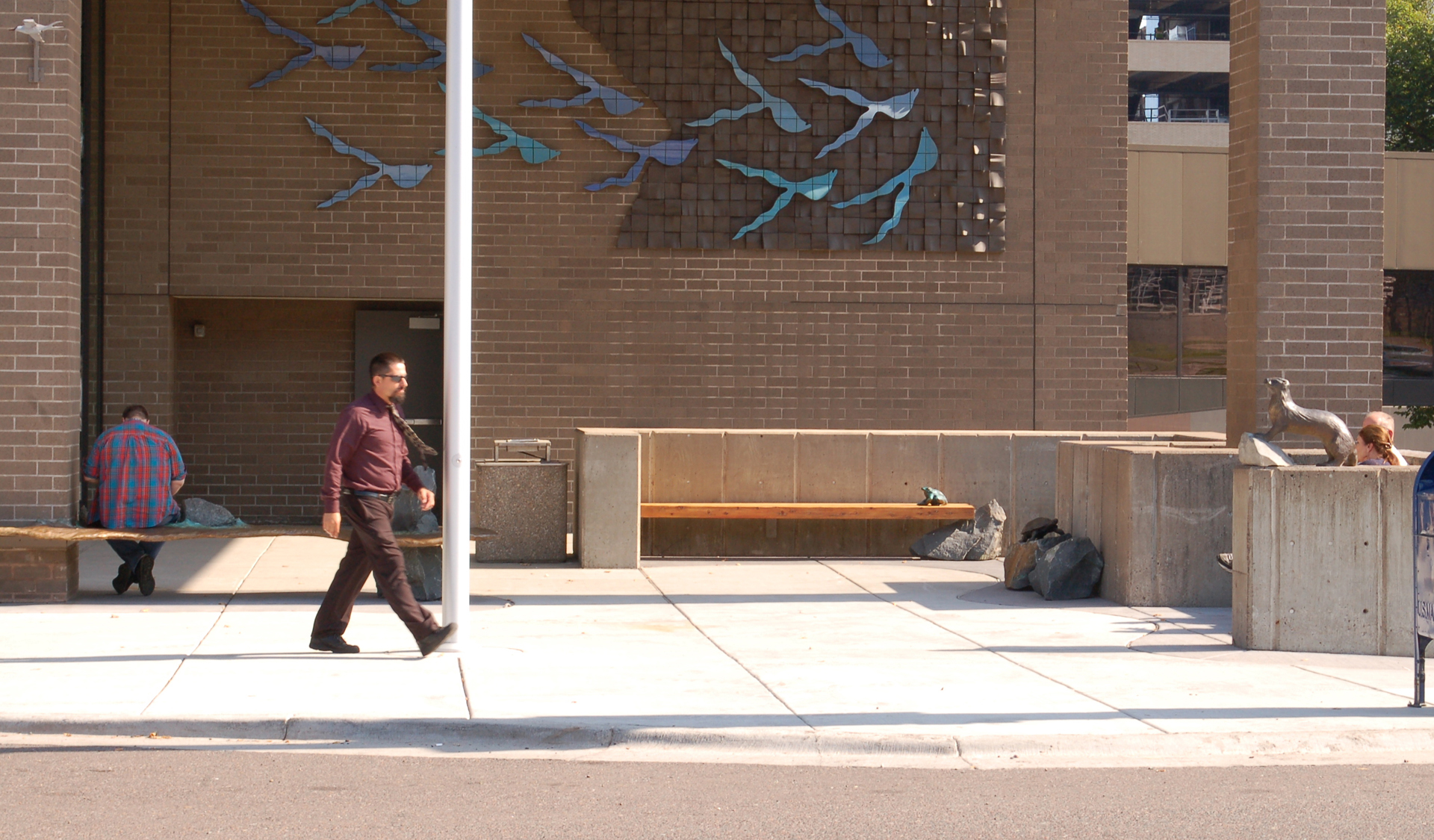 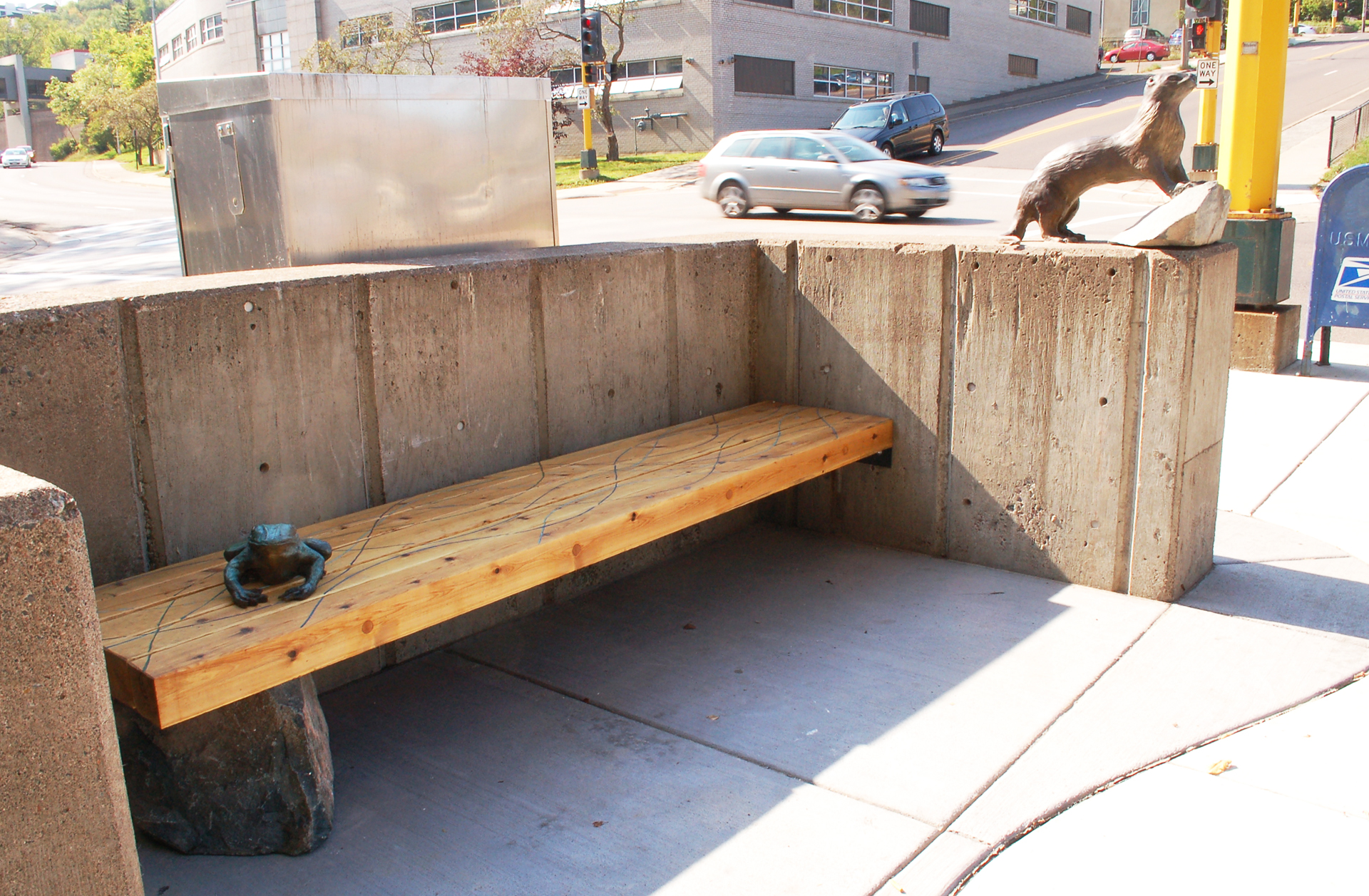 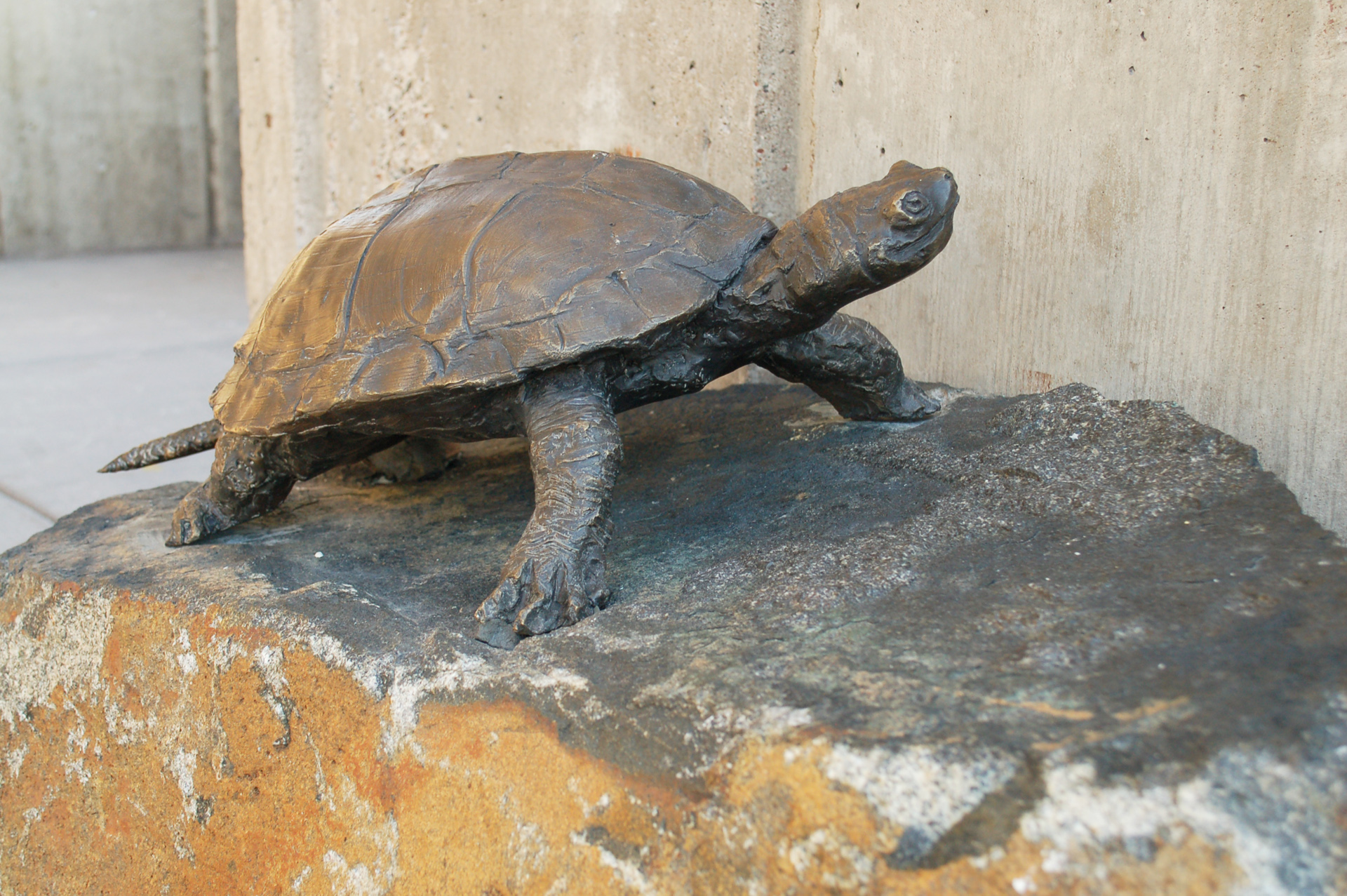 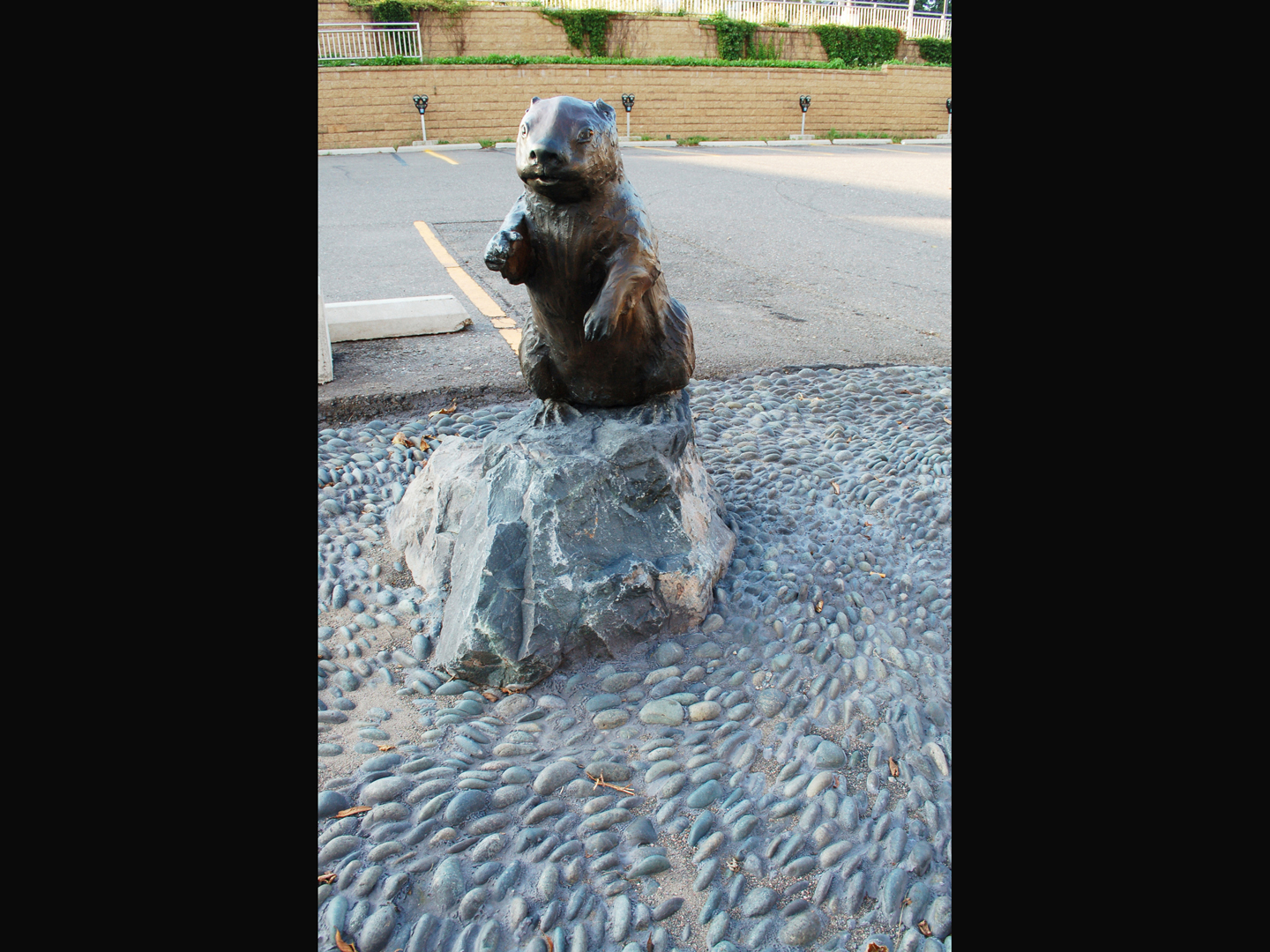 We were charged with creating a welcoming, positive, calming environment in a previously bare brutalist plaza. I worked closely with the architect in creating spaces that facilitated both traffic flow and previous uses of the plaza. Estuary Plaza is a permanent installation addressing the presence of human culture and nature together in the city of Duluth. Just as the St. Louis River Estuary is the interface between land and water, shaping the landforms of the city and creating its unique ecosystem, this installation attempts to address the city’s growing effort to bring the natural world and the human world into mutually supportive harmony. There are further layers of significance to the work: people who use the Government Services Center are often under stress; the image of a place in which people and animals harmoniously coexist is calming and rich. Anishinaabe culture, also, is a strong current in Duluth, and Anishinaabe attitudes toward the personhood of all living creatures influence this work as well.

Two other artists and myself were involved in this project. The other artists did work inside the renovated building; I did the plaza artwork. The project architect was involved in vetting the spatial aspects of the plaza, but content was largely influenced by the staff and users of the building. The design process went through several iterations in which placement of benches were the primary variables. The process went smoothly and the project has been very popular, both with building staff and users and with downtown passersby.

This is the kind of project I love. People under stress and people who have very little, families who are trying to hang on to dignity and a sense of themselves as citizens, benefit from having a place made for them that is intended to be generous and be used. It is welcoming to the public and they appreciate that.