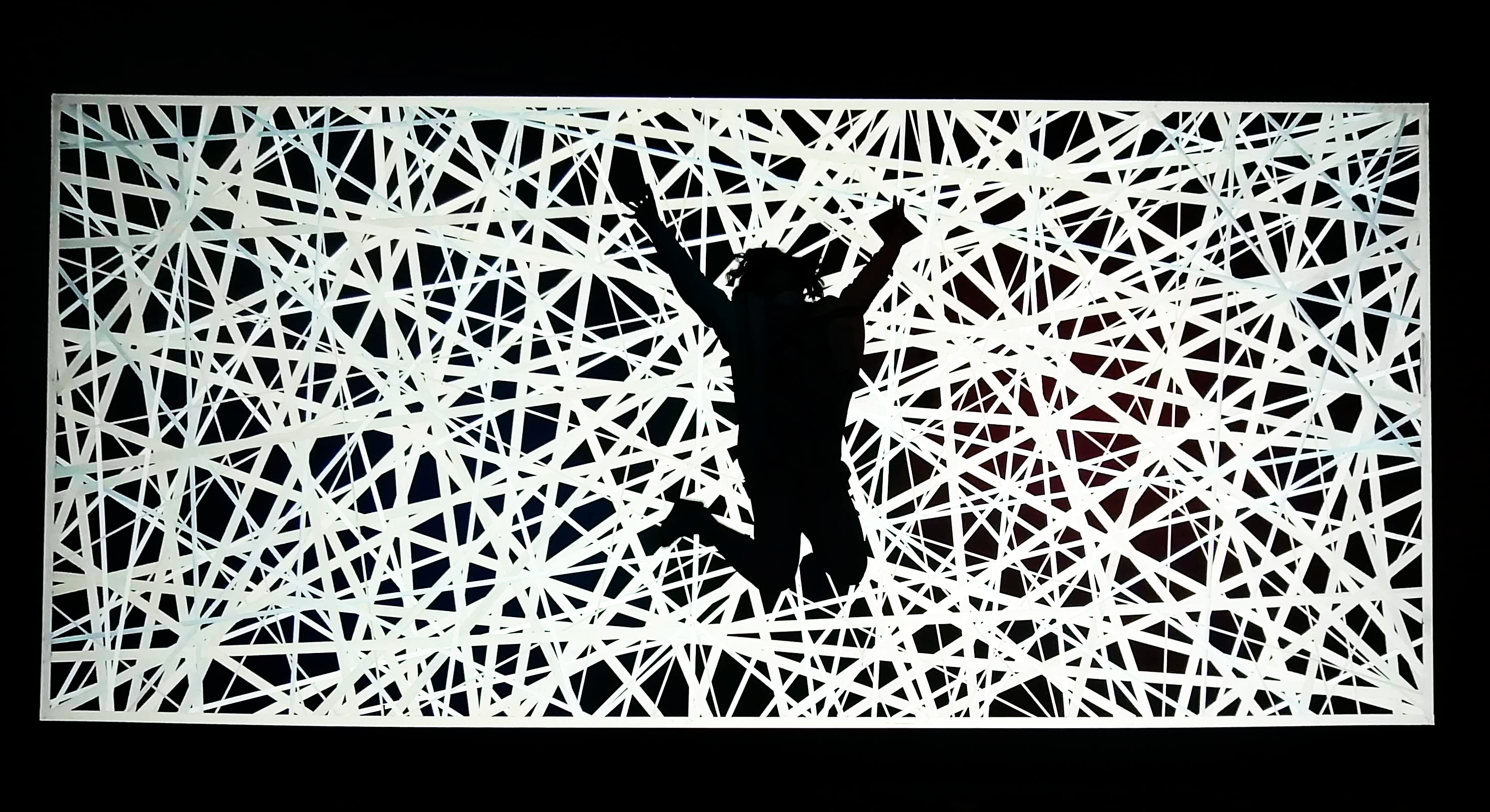 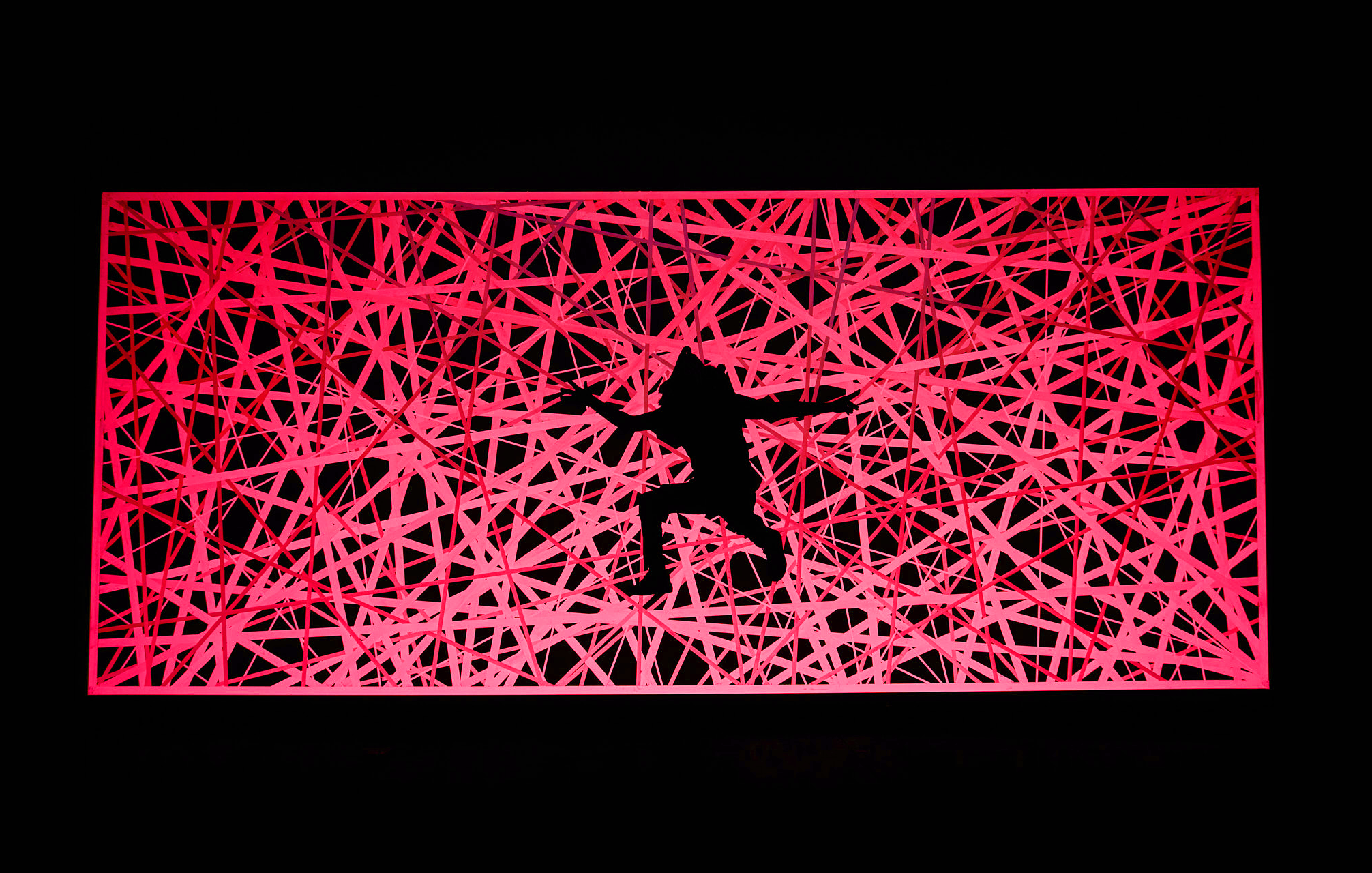 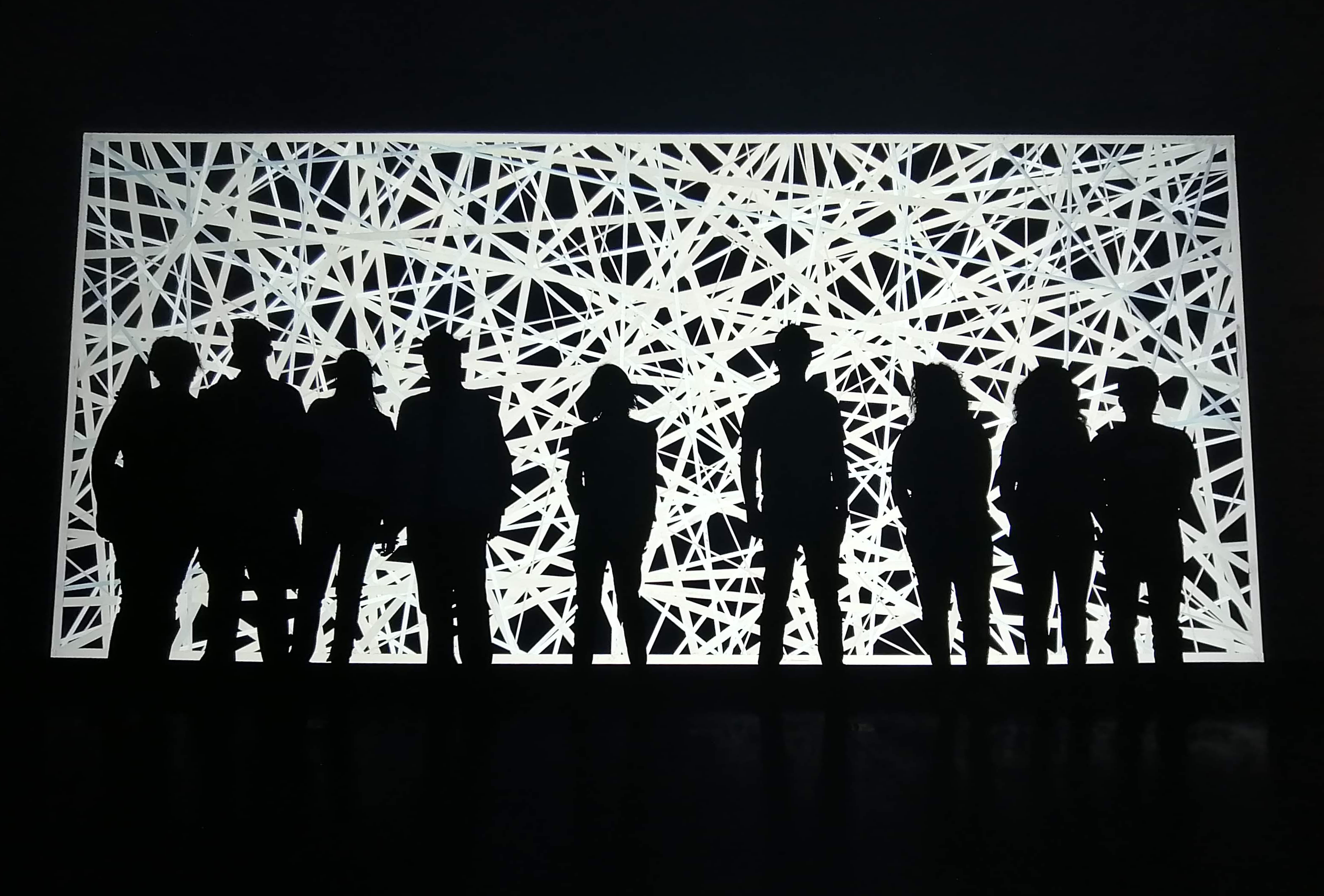 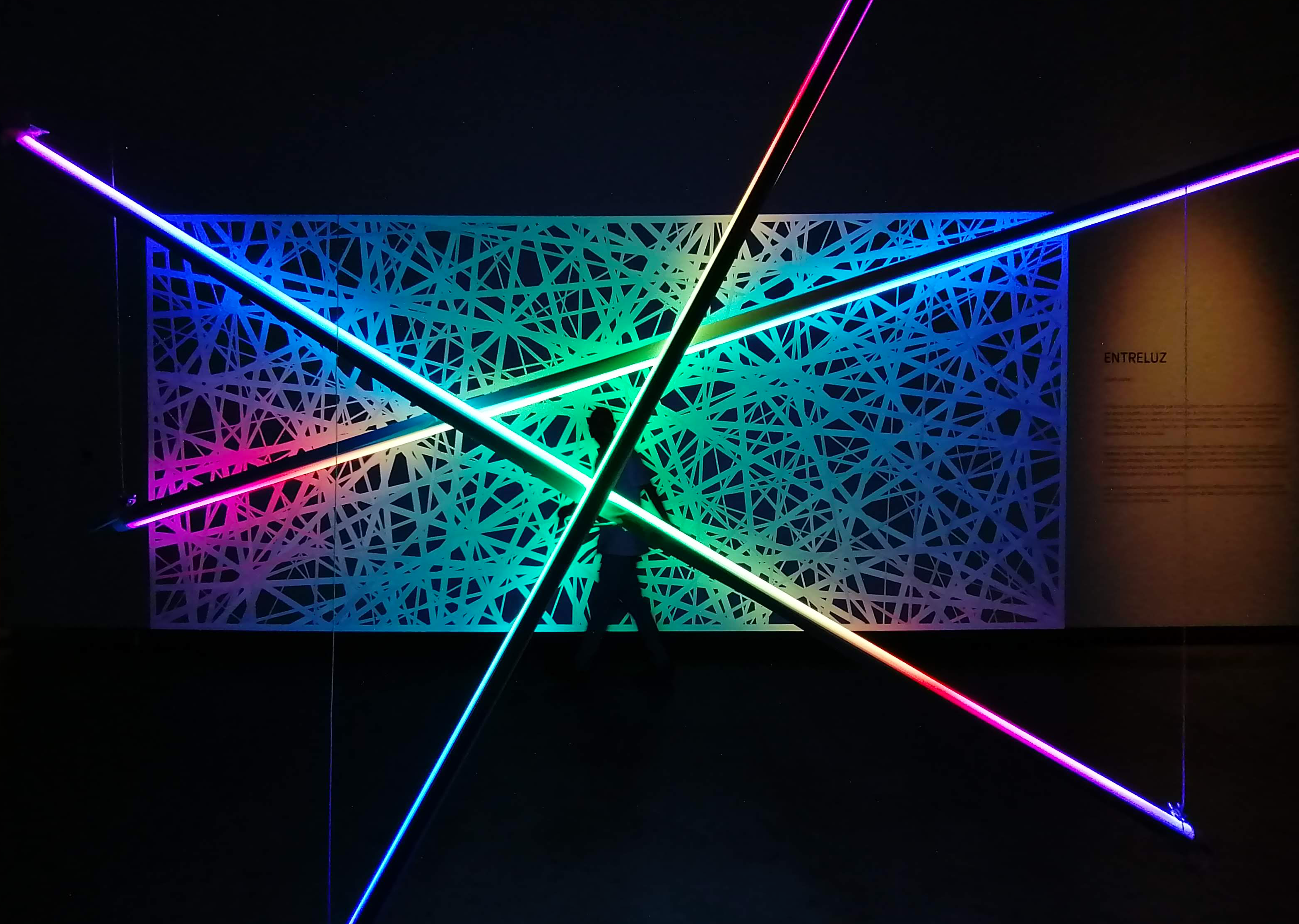 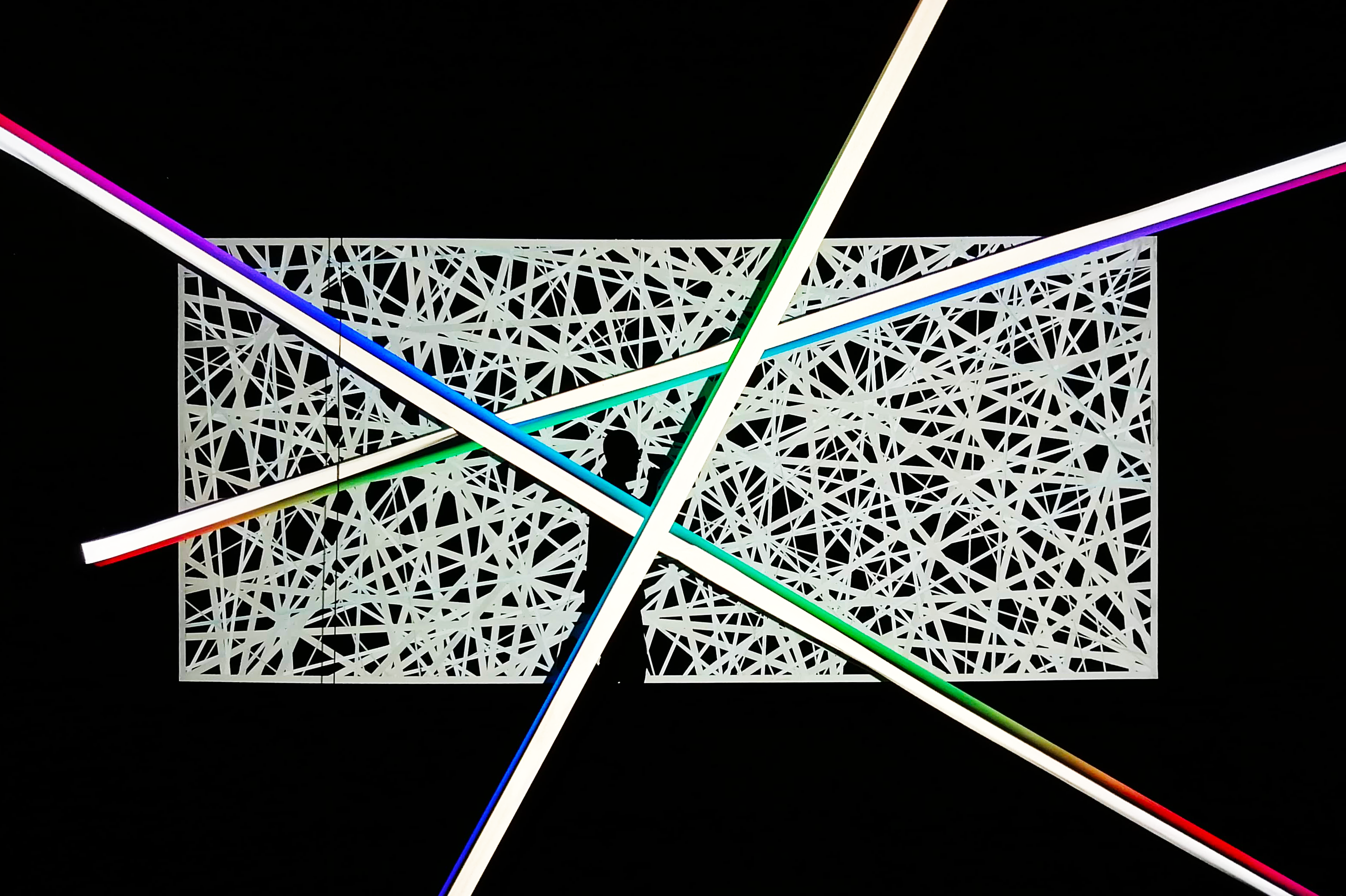 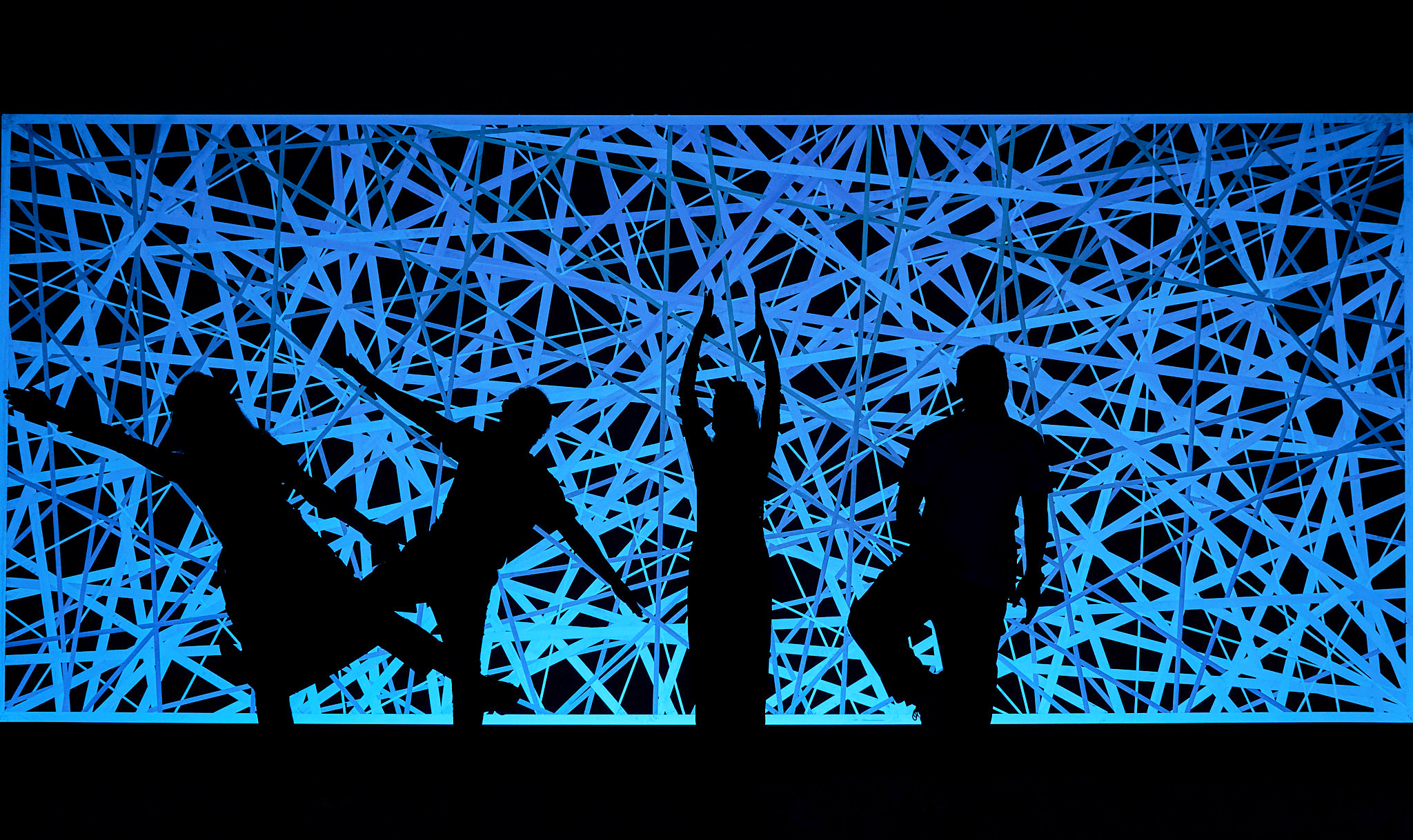 Entreluz is a retroreflective work that invites the public to intertwine with light thanks to the flash of a camera, the flash goes in the direction of the work and the public, when the light from the flash is reflected with a higher reflection coefficient on the work, suddenly creates a high contrast of luminances perceived by the camera, which results in a phenomenon revealed in the photograph: the identity of people through their darkness.

It was important to reflect on light and darkness, light is an invisible and intangible phenomenon and on the other hand darkness is the absence of light, the absence of the invisible, in this sense darkness is a phenomenon in which only the visible remains, based on this understanding, this work raises a question, what is really what we see? is it light, darkness, matter or energy? what is seeing? and what does it have to do with consciousness?
The work exhibits a contrast of luminance which call in doubt the concept of seeing that on the one side goes beyond the visible and the invisible and on the other side it goes beyond consciousness.

My friends and collaborators, Guillermo González and Eduardo C. Garay, participated in this work. Together we created the aesthetic style of the work inspired by Albert Einstein's Spooky Action at a Distance, this was decisive for each step of our creativity.

The work is inspired by a property discovered by Albert Einstein, Podolsky and Rosen, which reveals an apparent problem in quantum mechanics. In 1947 in a letter written to Max Born, Einstein referred to the problem as "spooky action at a distance", consisting of the fact that in an entangled system, the change of state of one particle seems to affect the rest of the particles instantaneously, regardless of the distance they are from each other. Quantum entanglement instantly connects particles, but the information it can transmit is random. The wide-angle retroreflective lens composite fabric works similarly to the lunar retroreflector installed by the Apollo 11 astronauts in July 1969, which is used to measure the exact distance between the Earth and the moon every day.