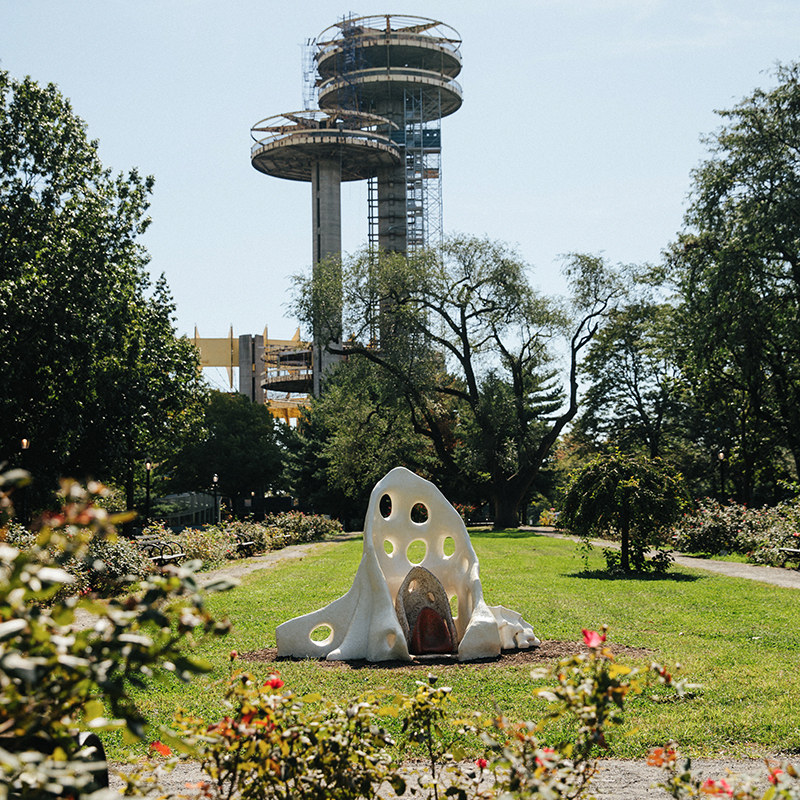 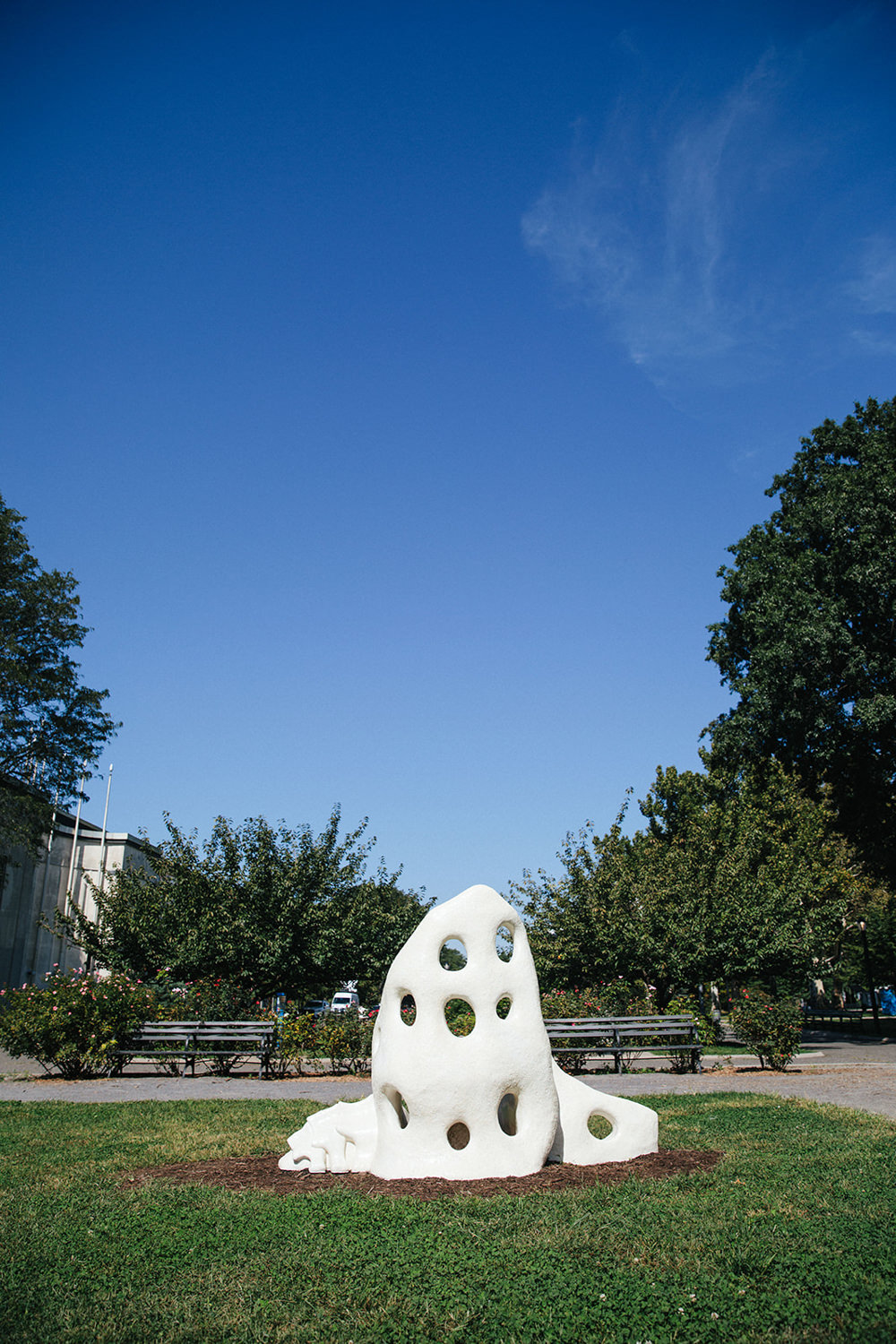 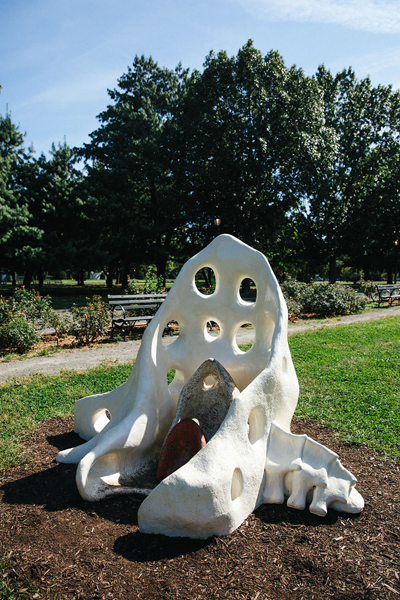 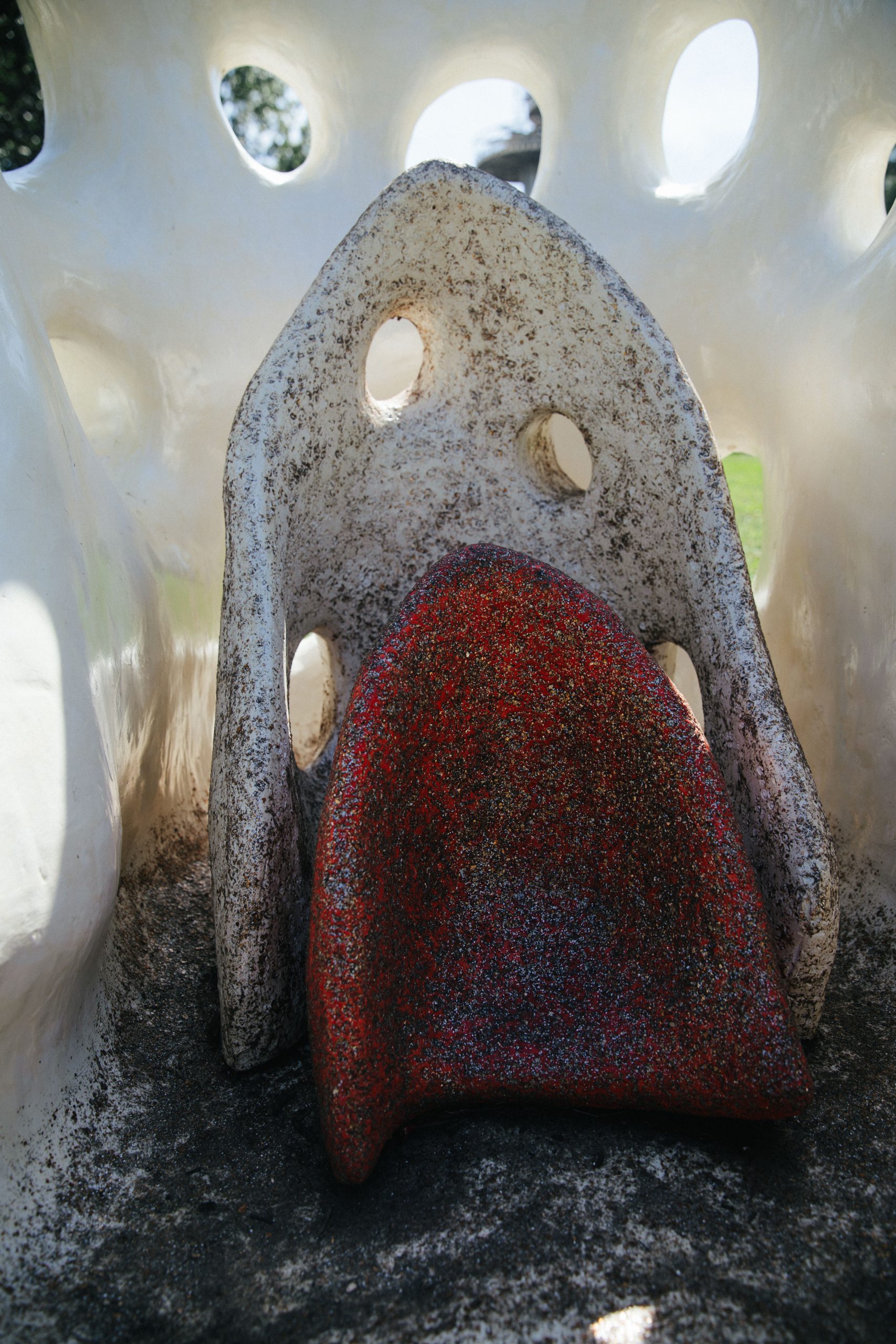 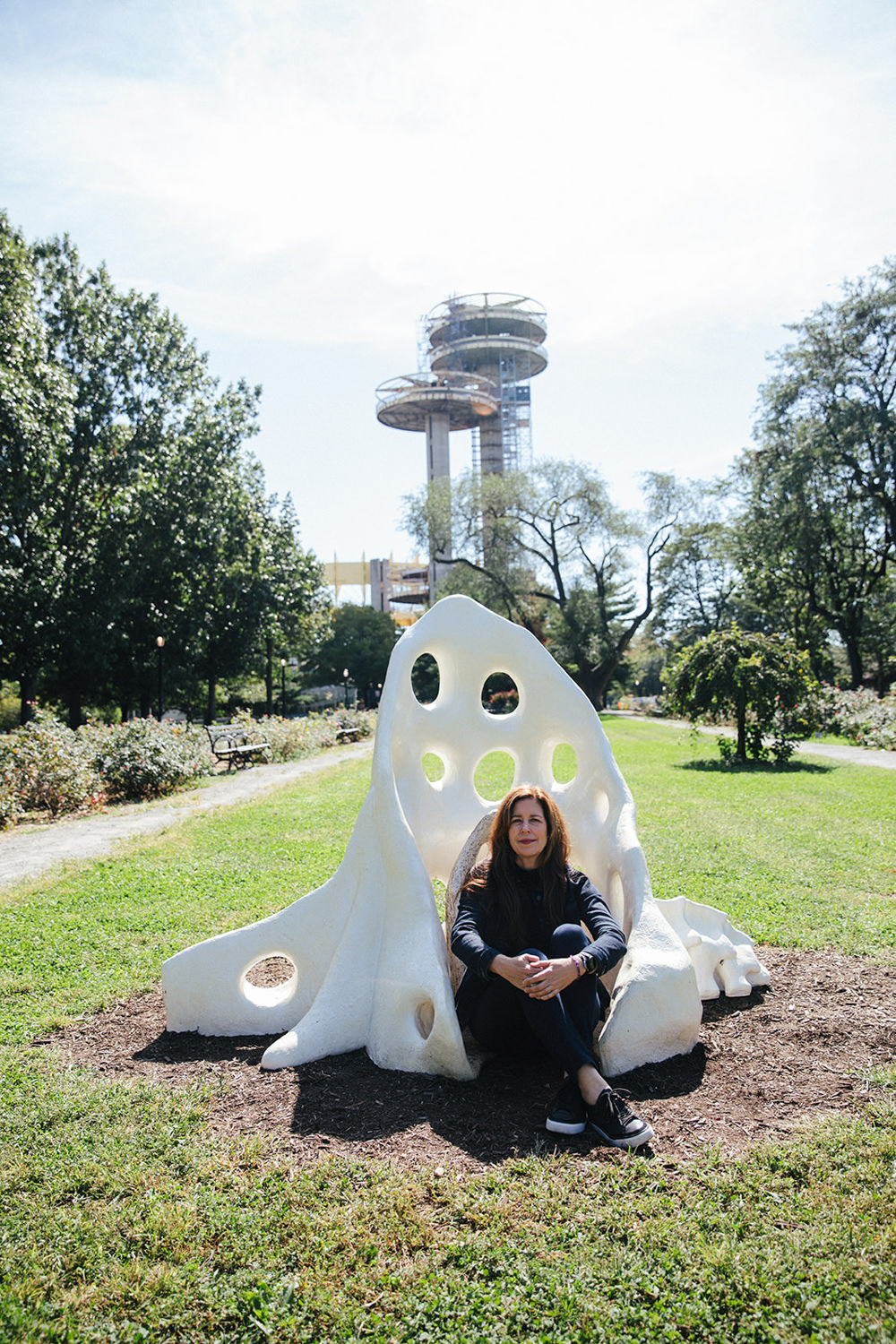 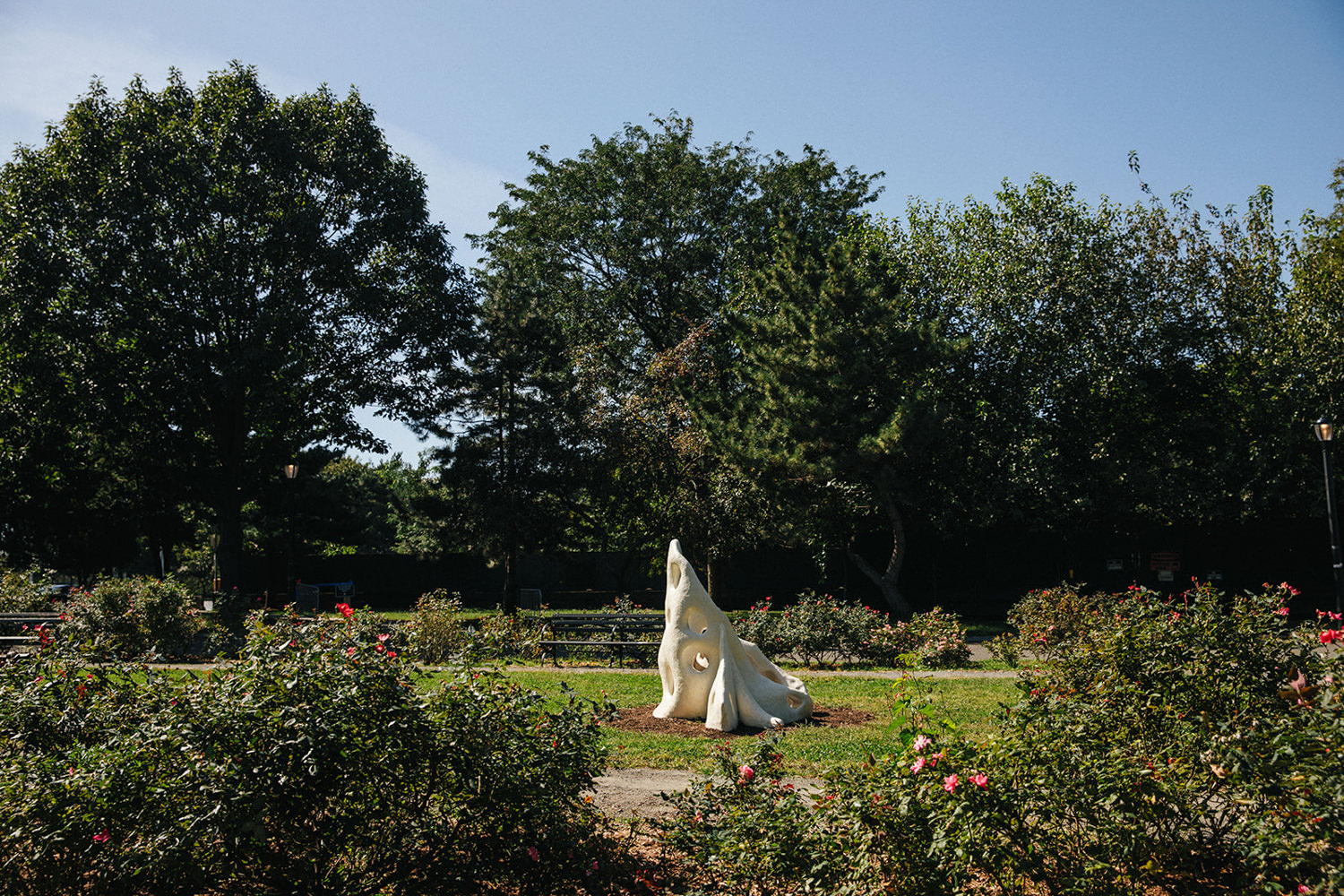 The project reflects on the origin of the ecosystem we inhabit and our role, relationship and responsibility to that environment in light of catastrophic climate change and global pandemics.

Endangered Fossils raises awareness around climate change in a non-threatening form that young and old relate to and understand. The sculptures engage viewers in a visual and visceral dialogue, serving as a catalyst for positive growth and change.

Sculpture House was used for casting and fabrication from the original, life-size clay model.

Mariano Brothers were used for transportation and installation.

The project would not have been possible without the support of the NYC Parks’ Art in the Parks program.

For over 50 years, NYC Parks’ Art in the Parks program has brought contemporary public artworks to the city’s parks, making New York City one of the world’s largest open-air galleries.

Endangered Fossils continues themes explored in earlier works, such as Fluid Pathways, though with an added urgency. The larger concept was very much about the fossil record in light of disastrous climate change which is causing many species to tragically become extinct, fossils are even “endangered” as certain species may not leave a trace that they ever existed. Endangered Fossils is homage to our beloved Mother Earth in a critical time requiring immediate attention. Endangered Fossils is currently on view in Flushing Meadows Corona Park in Queens NY and represents an imagined archaeological excavation and the discovery of a new organism. The sculptures are inspired by the trilobites, brachiopods and crinoids who flourished during the Devonian period, ~400 million years ago. These crab, clam and starfish like organisms lived in marine environments very similar to the coral reefs of today. The project ponders the origins of the ecosystem we inhabit and our role, relationship and responsibility to that environment.