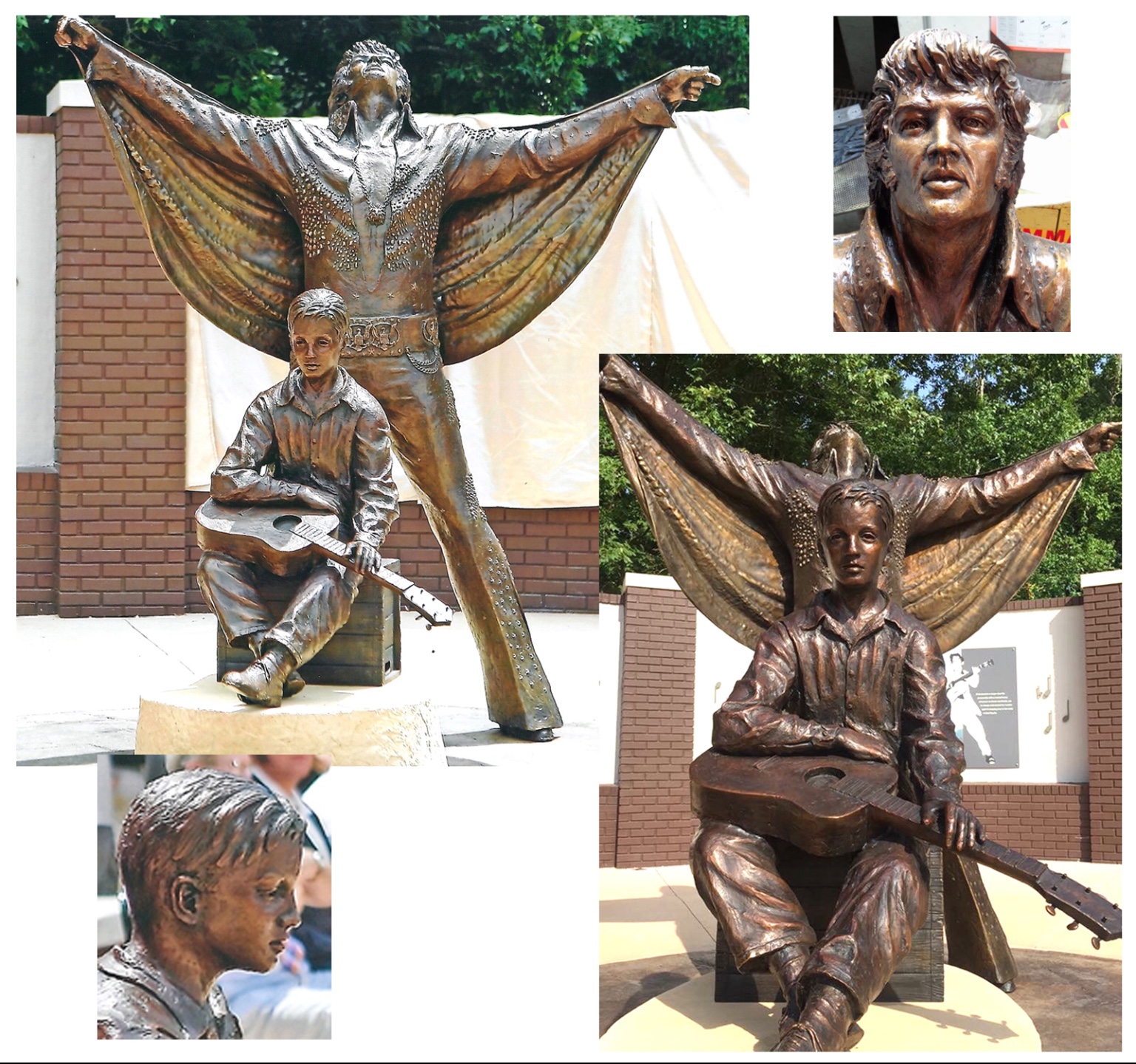 “Elvis at 13” depicts Elvis Presley leaving Tupelo, MS for Memphis, TN. Elvis “Becoming,” is Elvis as an eleven your old boy, dreaming about his future which is depicted behind him in the Elvis’ classic pose.

The “concept” was discussed and several designs were discussed with the committee before settled was on this design.