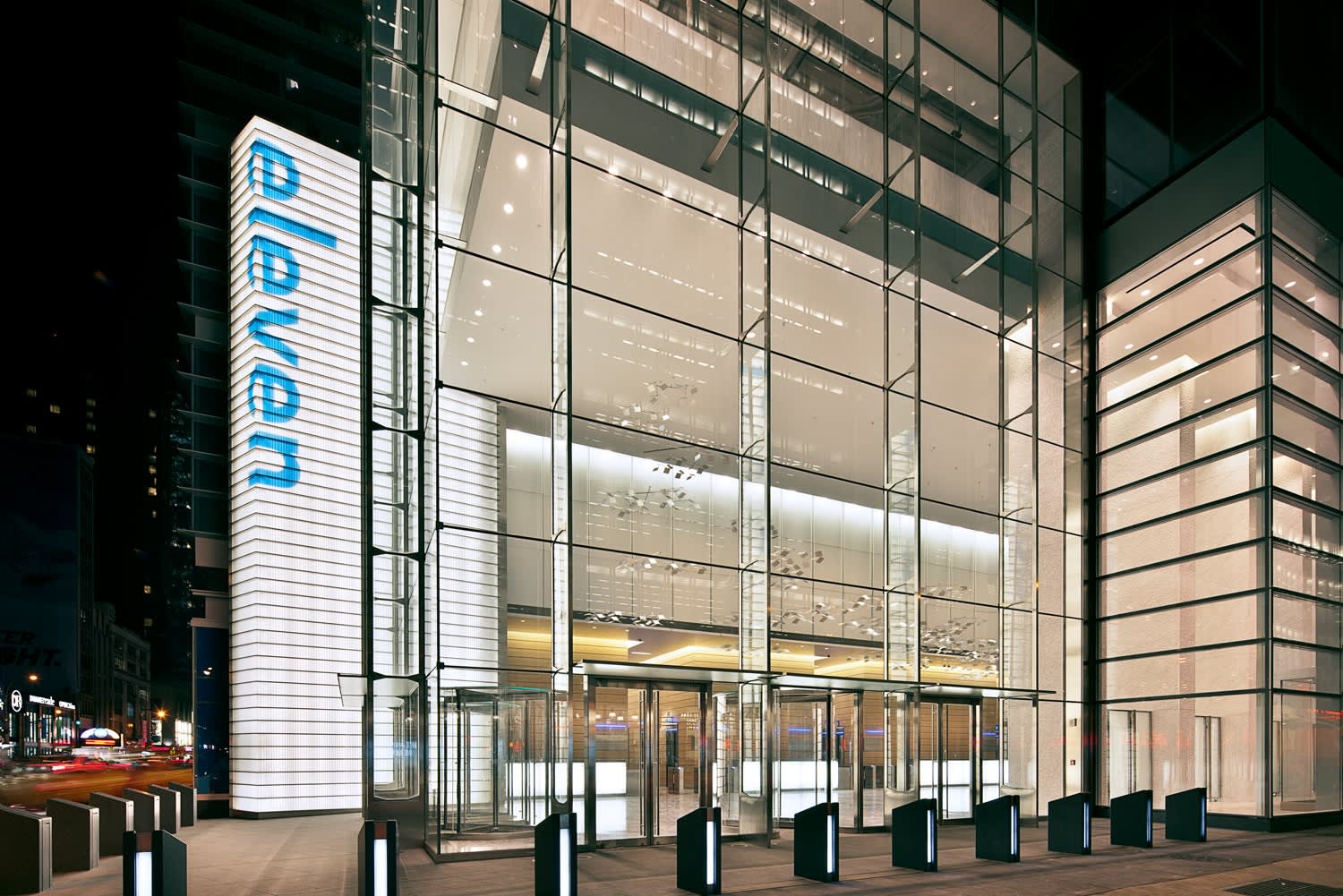 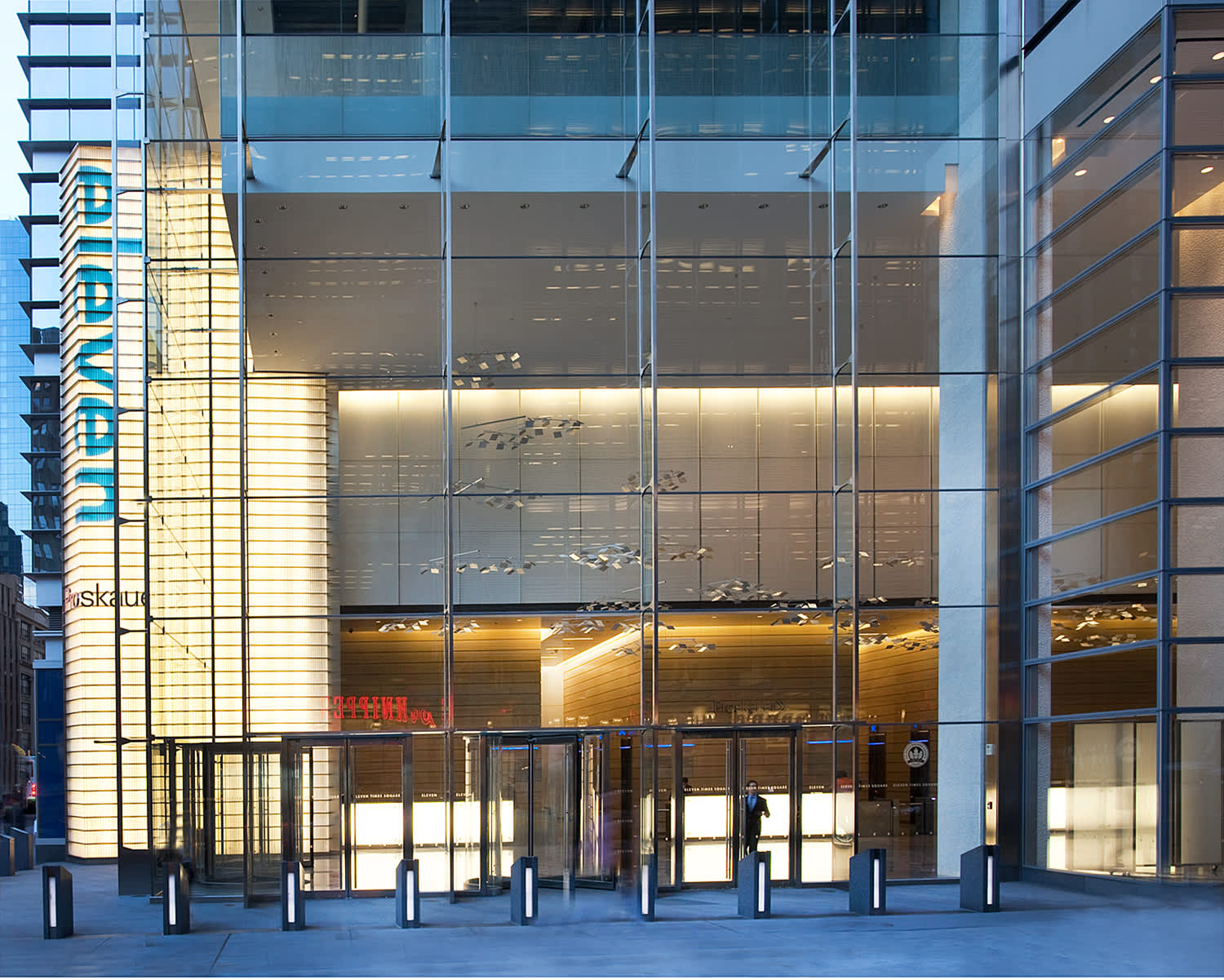 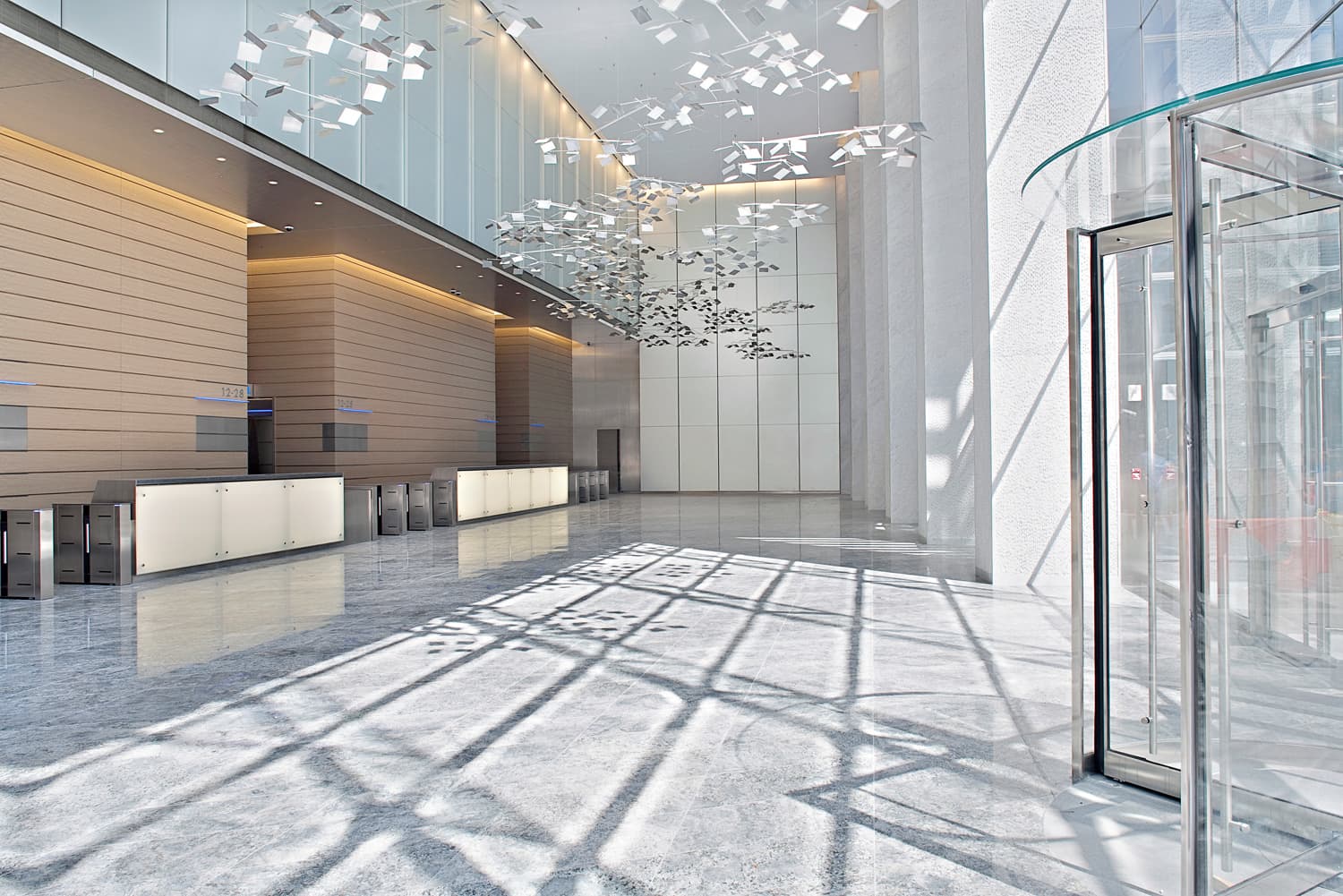 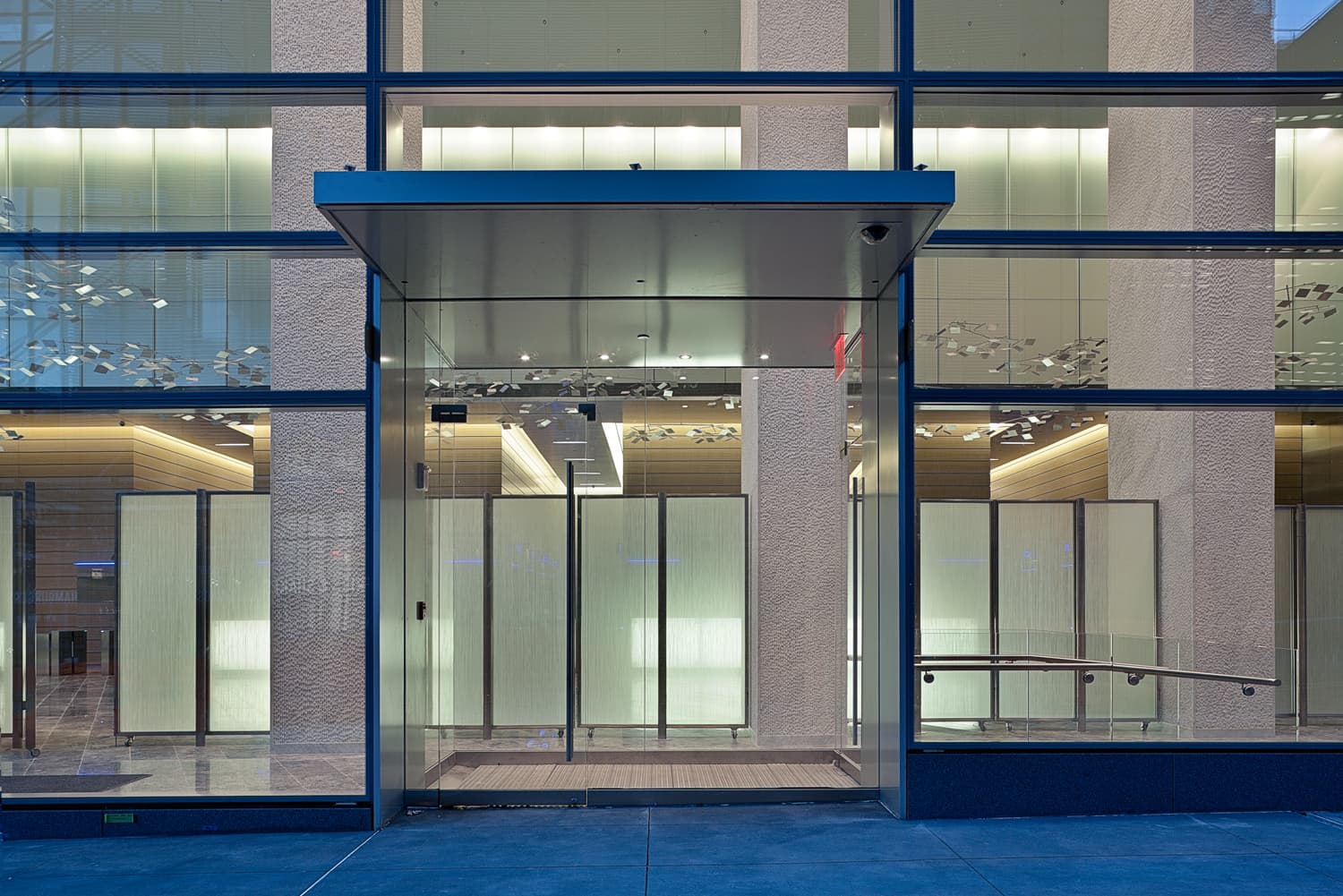 The 40-story commercial office tower at Eleven Times Square defines the western gateway to New York City's most famous district. The tower occupies a full block along 8th Avenue between West 41st and West 42nd Streets, and its massing and articulation reflects the vibrancy of the neighborhood. The tower is a sculptural assemblage of volumes clad in various glass treatments, some of which are “ground-based” and others which “float”. The entrance is carefully engineered for transparency and lightness. This transparency allows the lobby to be a “protagonist” in the vibrant street theater of the Times Square district.

To activate the building lobby, while creating a dynamic transition from exterior to interior, FXFOWLE commissioned the sculptor Tim Prentice. His challenge was to create a sculpture that captured the energy of the urban context, balanced by the calmer lobby design with its emphasis on volume, light, and clean lines. Tim’s sculptures focus on movement and light rather than object. To best complement the space, he sculpted a set of thin metal panels which undulate over the entryway like a school of fish swimming midair. Perpetually moving in slow, calm arcs, the sculpture creates a novel geometry of air and light, harnessing natural elements that walk the line between order and chaos, control and serendipity, and understated technique and extravagant wonder.

Tim’s sculptures were an ideal match for the environment we were trying to create in the Eleven Times Square lobby, and for that reason, the collaboration process was seamless and linear. As a former architect, Tim has a profound understanding of building design and knew how to best enhance the firm’s design of the lobby. Tim worked directly with FXFOWLE in locating the sculpture in the space. His insight of the piece’s massing was central, especially determining the “compression” at the front end of the lobby and “release” at the far end.