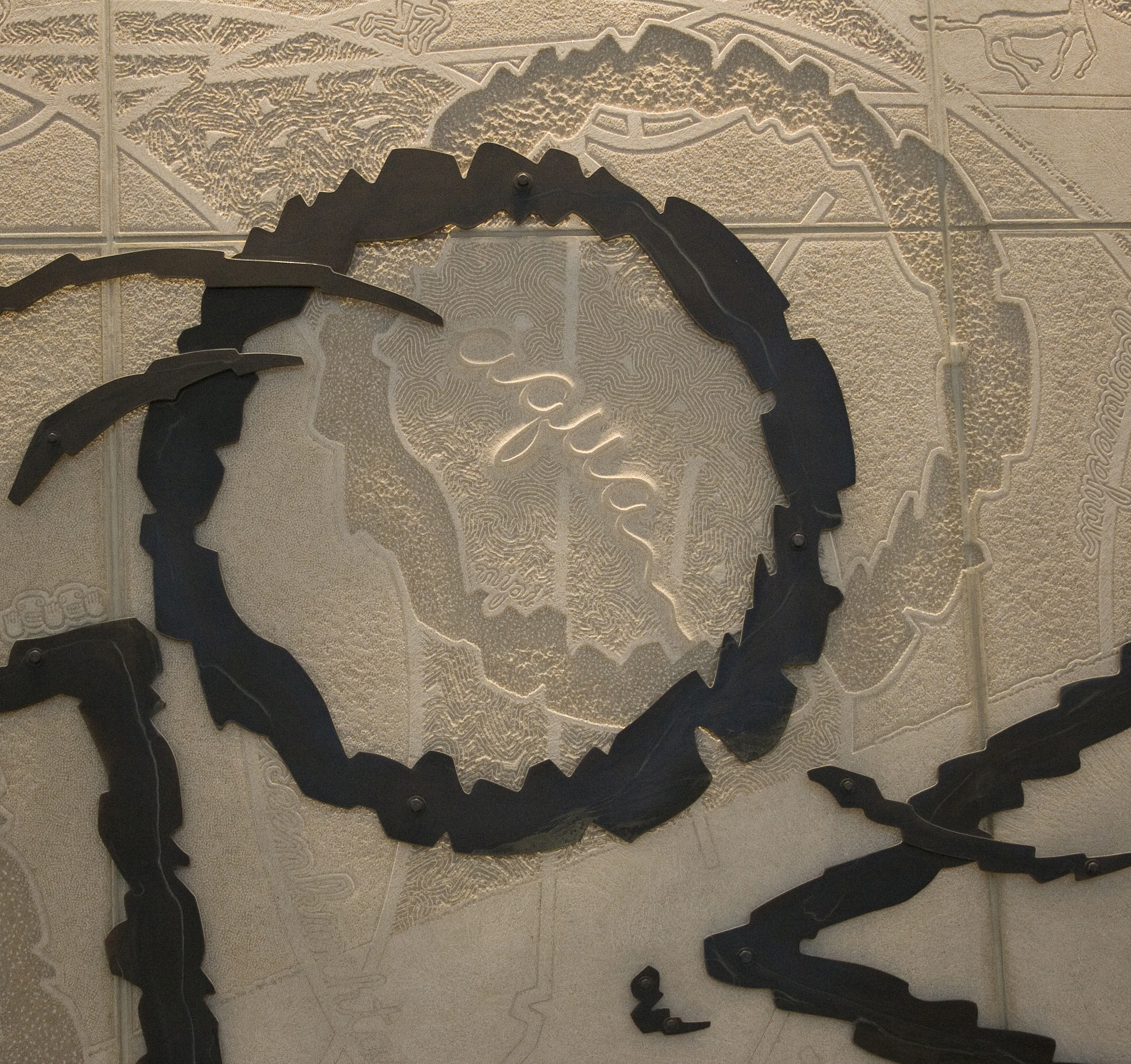 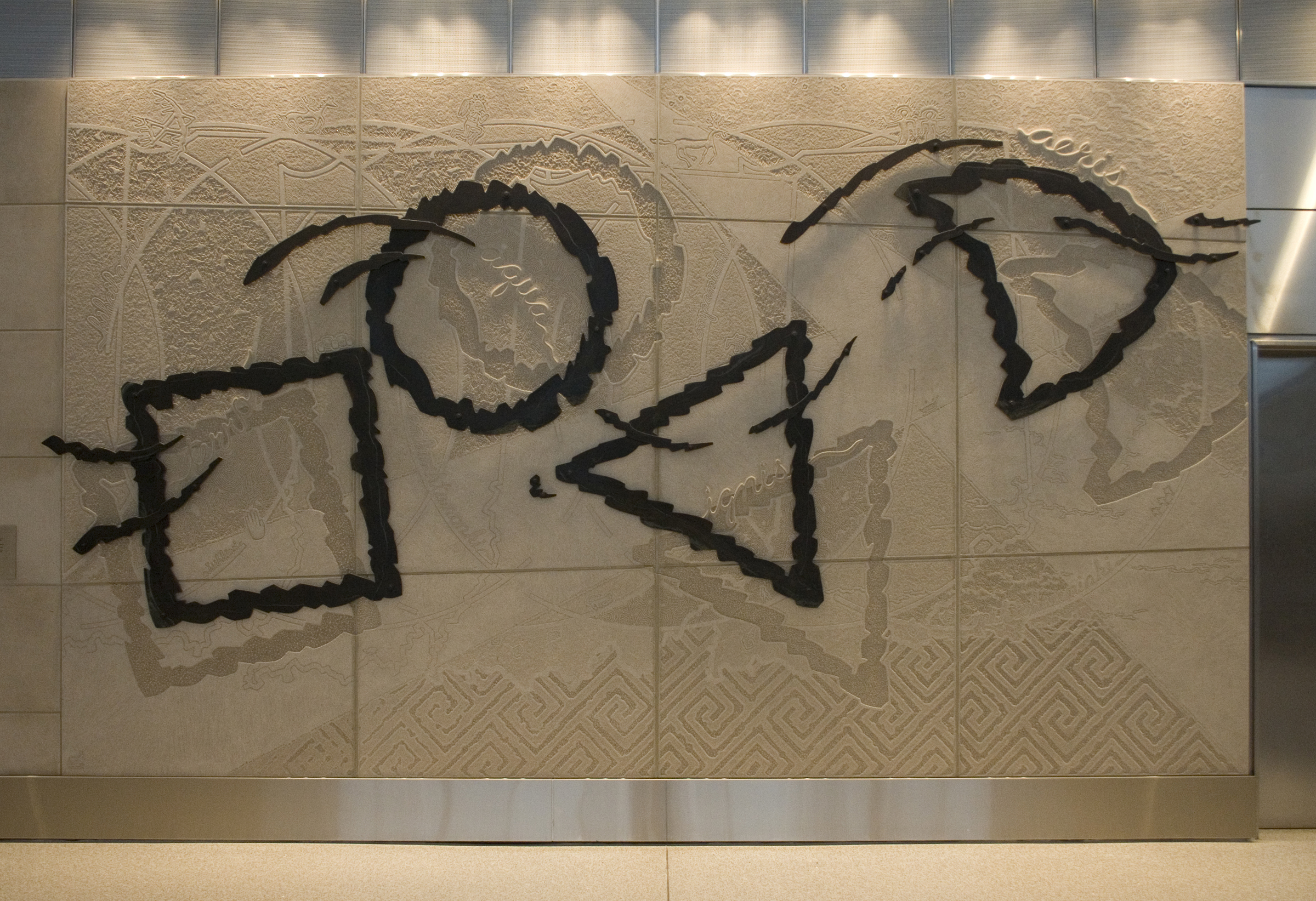 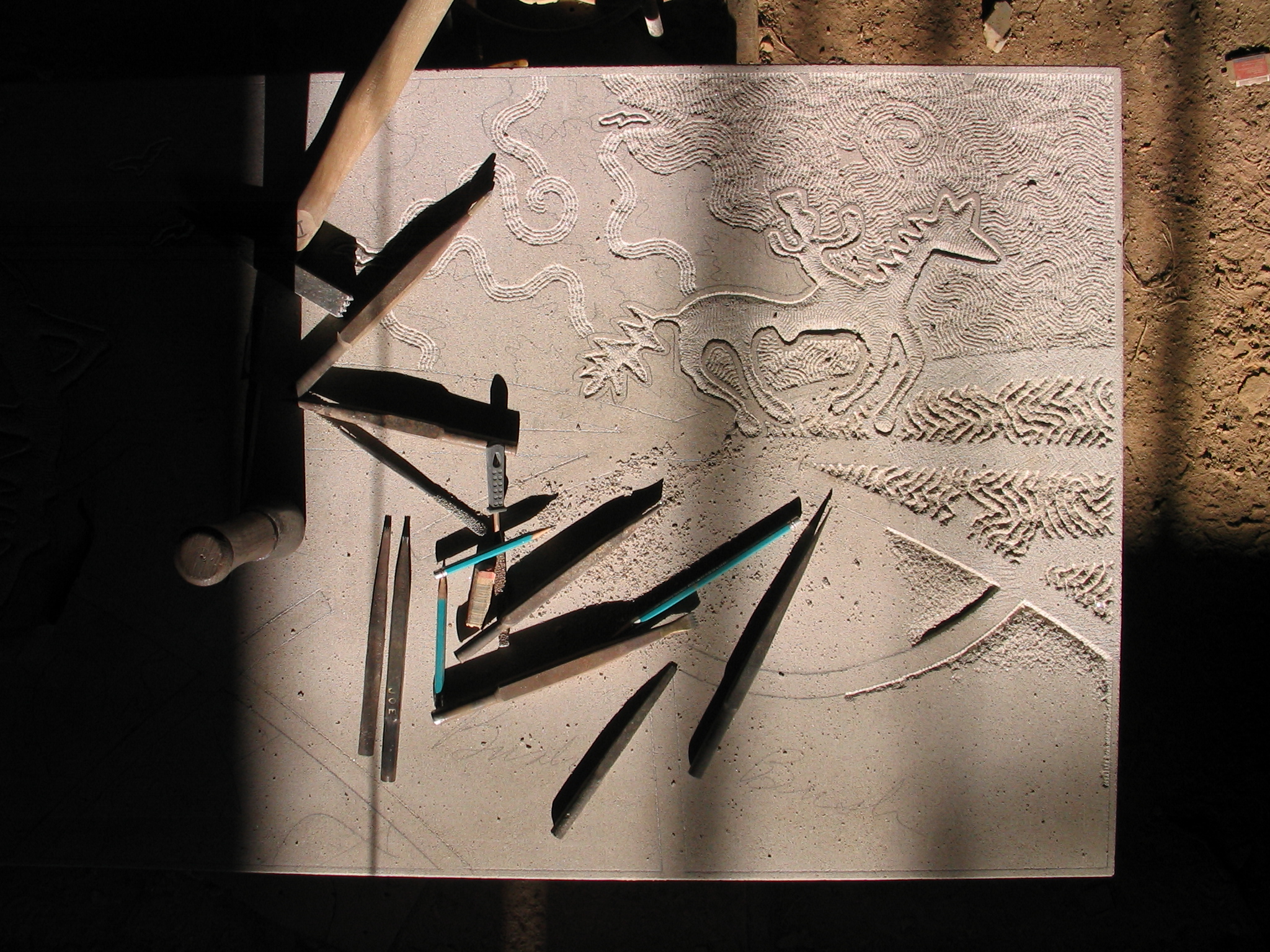 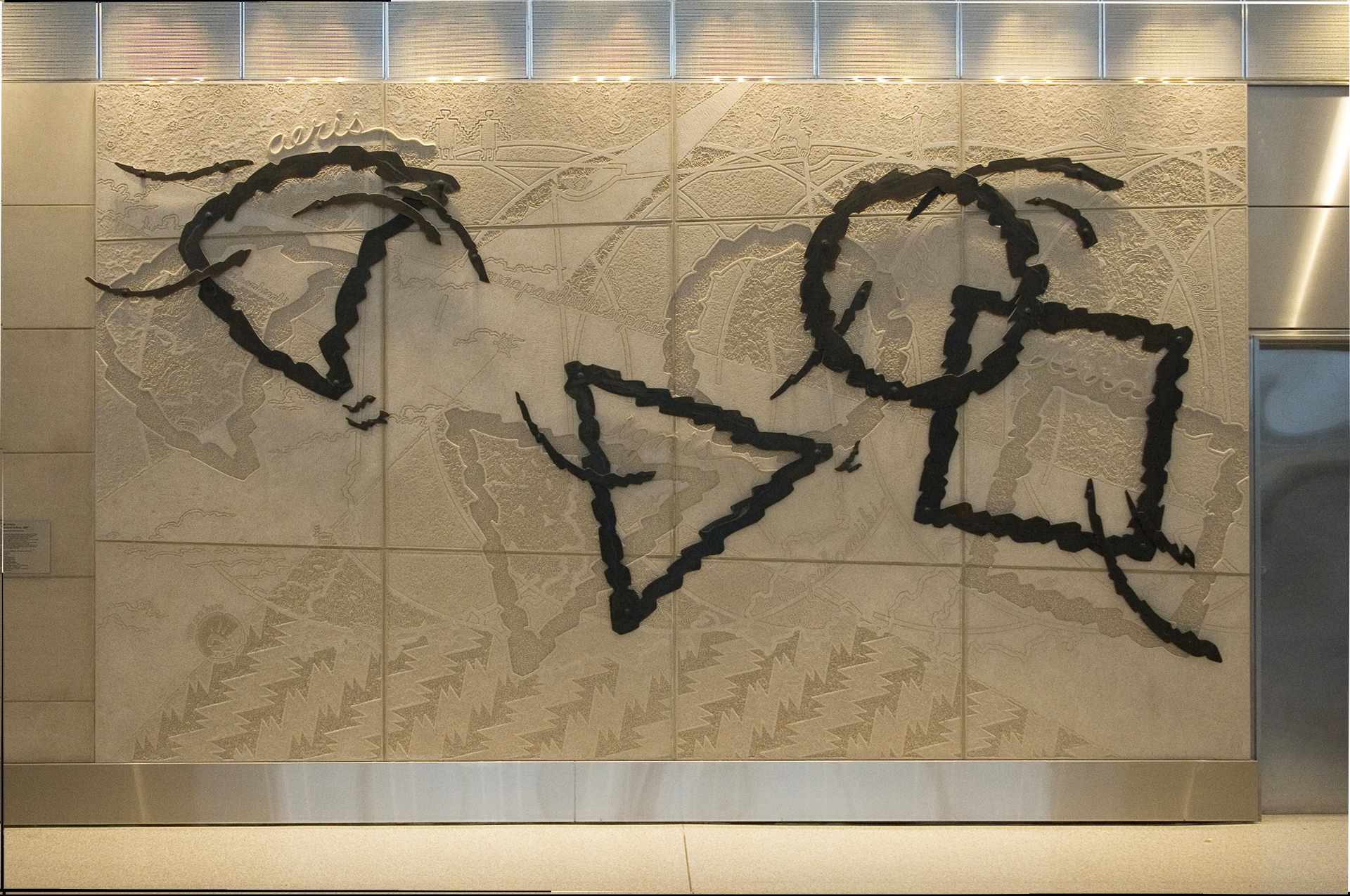 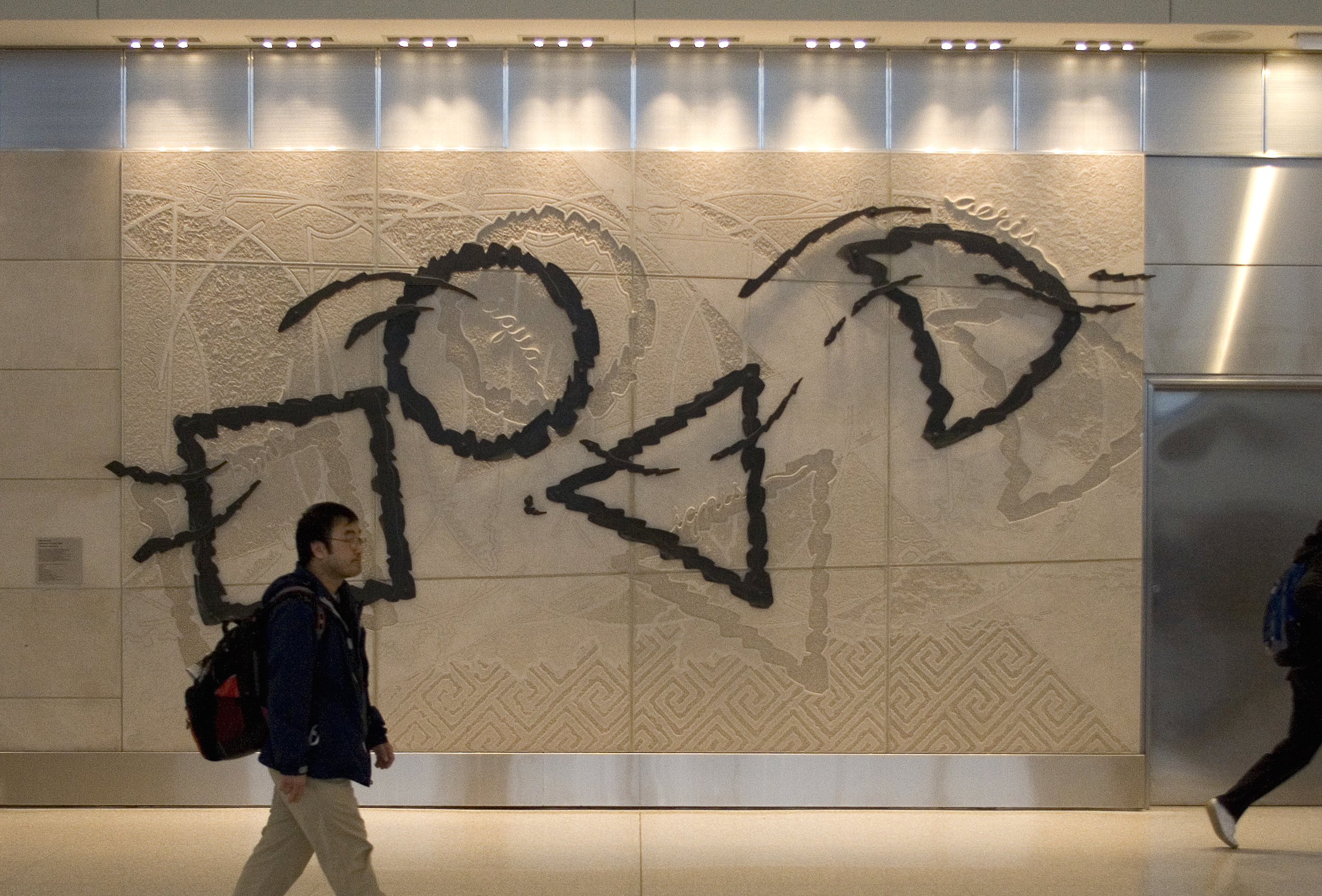 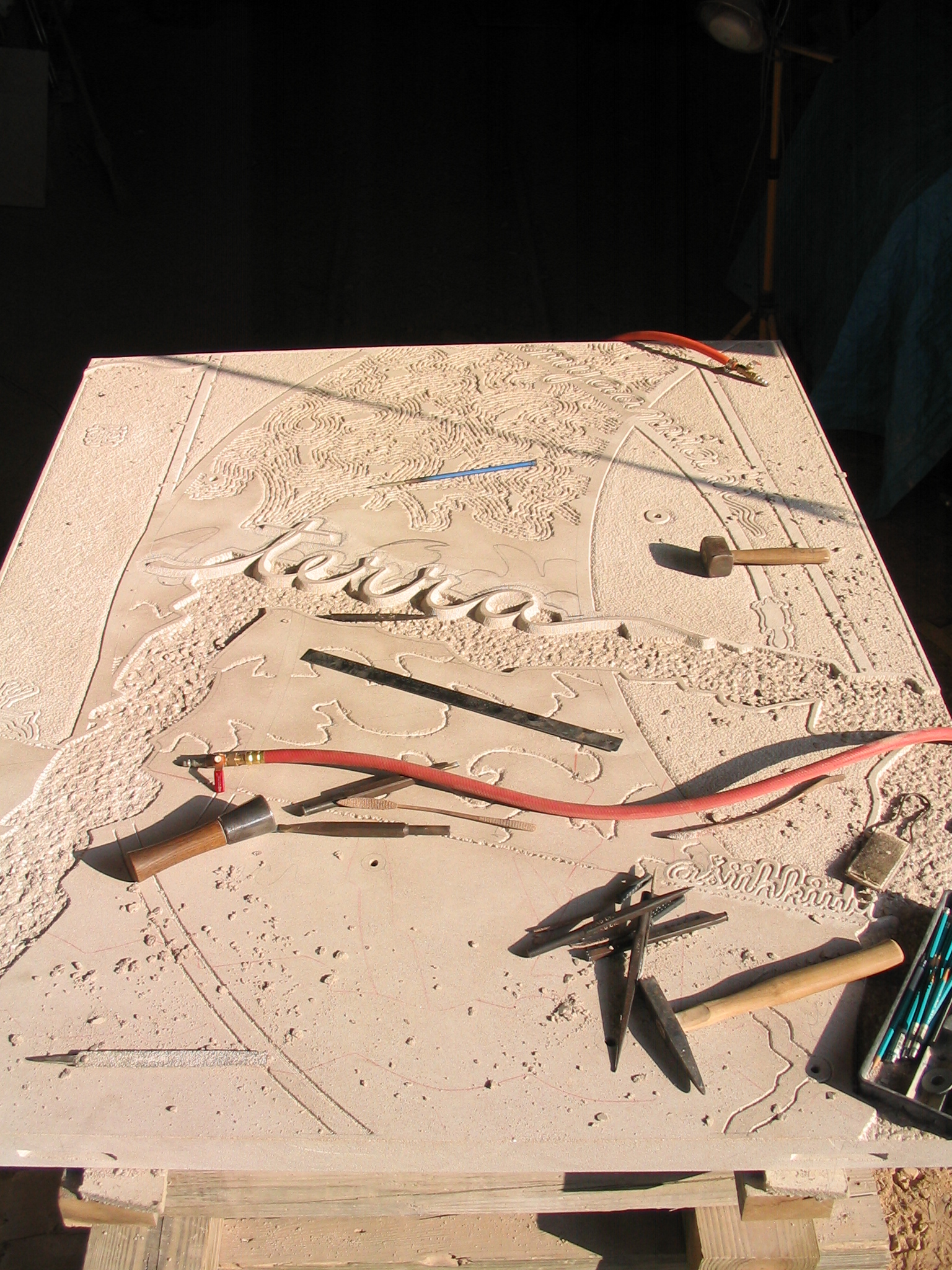 The project consists of two equally sized compositions created for The Indianapolis International Airport. Conceptually the piece recognizes the original inhabitants of Indiana, The Native Americans and connects the imagery of those people with imagery of contemporary Indiana. Each composition is 20' x 11' and made of hand carved limestone and bronze.

The city of Indianapolis built the first new airport in the United States since the tragedy of 9/11. It was completed in 2007. From the airport's inception it was decided to weave contemporary art within the design of the building and throughout the facility. Currently there are 36 permanent pieces in the Indianapolis Airport Authority's collection created by 17 artists and six poets. All of the artists chosen for the project were brought in early in the construction and design phases of the building so that each individual work would be thoroughly integrated within the structure.

Each artist involved in the project was assigned an area within the facility. Those areas were directed by an architectural firm who oversaw the art portion of the project. Once an individual artists design was chosen and approved the artists were consulted in all details. Those details included materials, structure and lighting. Ultimately a dialogue developed between everyone involved in the project, each artist had a voice in the work that they did.

The Native American imagery is intended to pay homage to the origins of Indiana’s historic heritage as well as the source of the state’s name. The silhouettes of the state are a simple contemporary rendition of where and who we are. The visual movement of the repetitive silhouettes and the four elements portray a dance. The association between the Native imagery and the depiction of the political boundary of Indiana acknowledges the past and the present of this location. The four elements superimposed over this composition are intended to imply the alchemy of time and circumstances that have taken place.