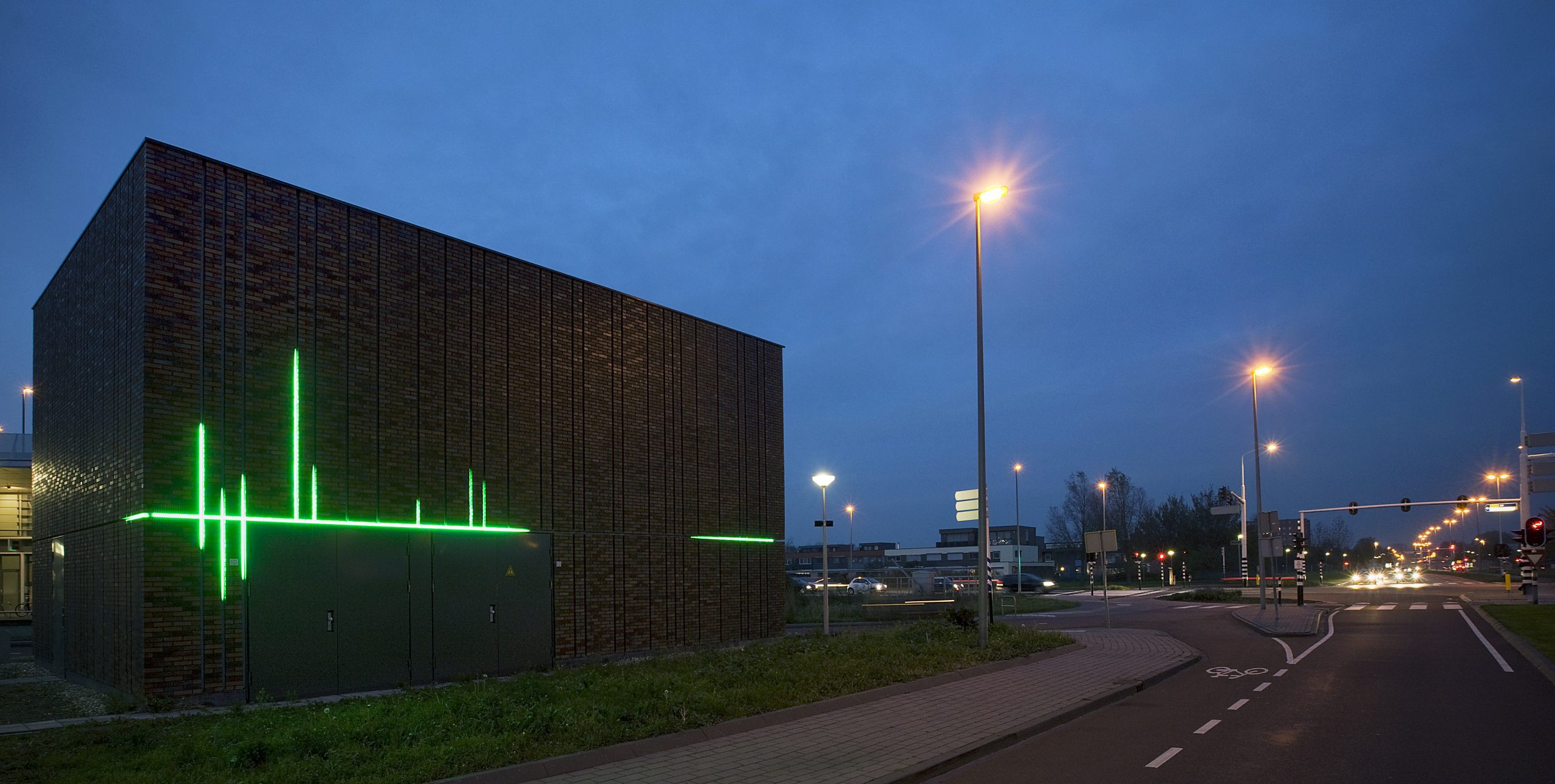 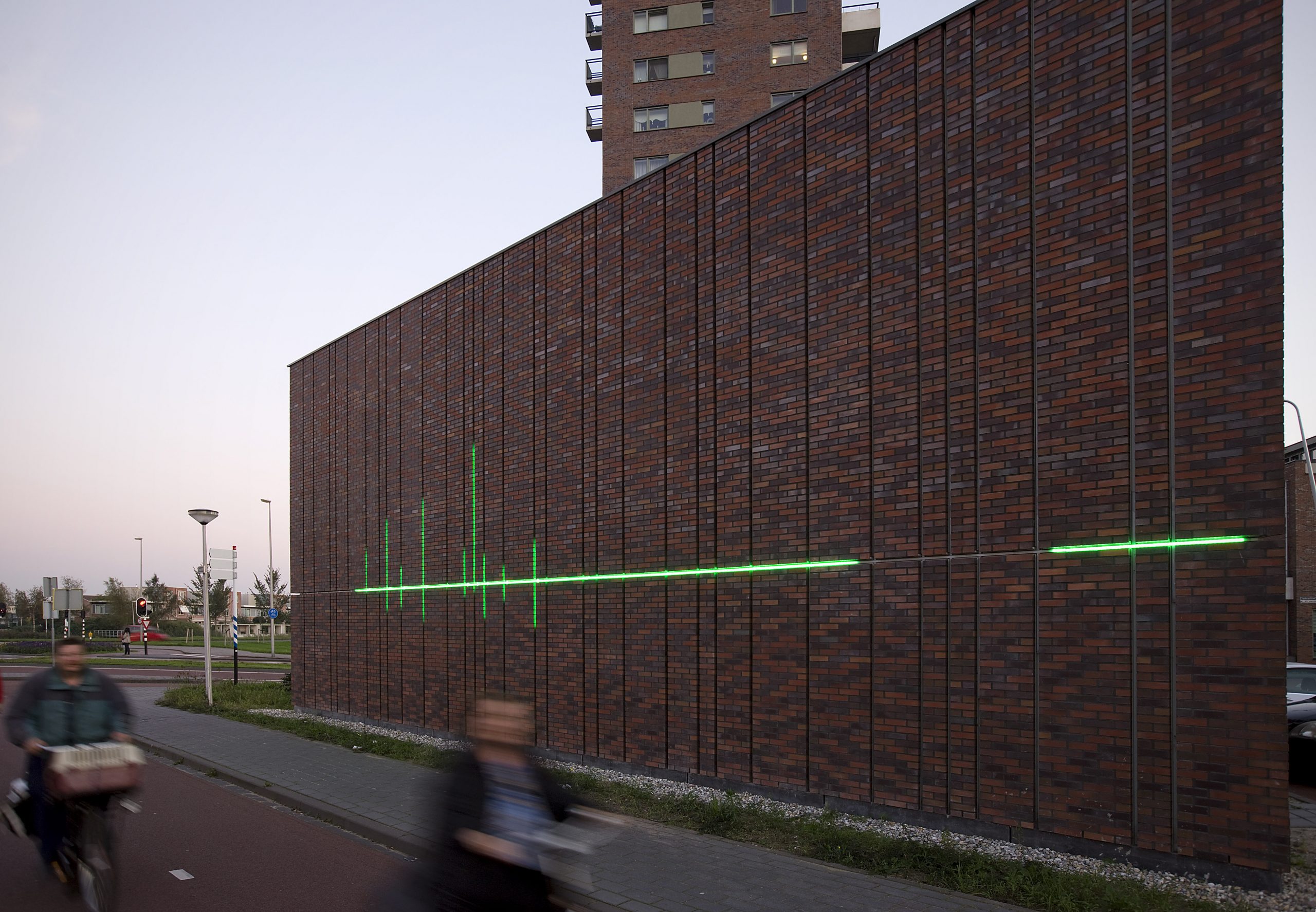 In the mortar seams of the brick walls built around an electricity substation, green pulsing lines of light move horizontally around the entire building: like a light chart with peaks and throughs in the wave pattern it seems to monitor the activity rate in the neighbourhood. An abstract and playful depiction of the concept of energy, Elektrowachter makes the function of the hidden substation to provide the neighbourbood with energy palpable and concrete.

The goal for integrating an artwork into the newly built neighbourhood called Weidevenne in the city of Purmerend was to transform the existing electrical substation into an eye-catching symbol for the new inhabitants. The substation could not be removed, but was though of as an eyesore in the otherwise much refurbished area. Instead of simply concealing the thing Elektowachter took its essential characteristic of generating and providing enery as a starting point and used it as a metaphor. Its prominent location at the entrance to the city and the odd rhythm of its light wave makes it distinguishable from afar- it can even be seen from the highway and thus functions as a rather flashy signpost.

The brick building was designed in collaboration with Roeleveld-Sikkes Architects who also designed the new neighbourhood it was part of. It was decided that the same brick that was used for the new buildings would be used for the artwork, as to also incorporate it visually within the new area. Roeleveld-Sikkes Architects determined the maximum dimensions of the artwork. The artwork was commissioned by Gemeente Purmerend, built by De Toekomstgroep Andijk and produced by Yens & Yens (light technology) and Bart-Jan Hooft (visualisation). Photography: Gert Jan van Rooij. Video registration: Bart-Jan Hooft.