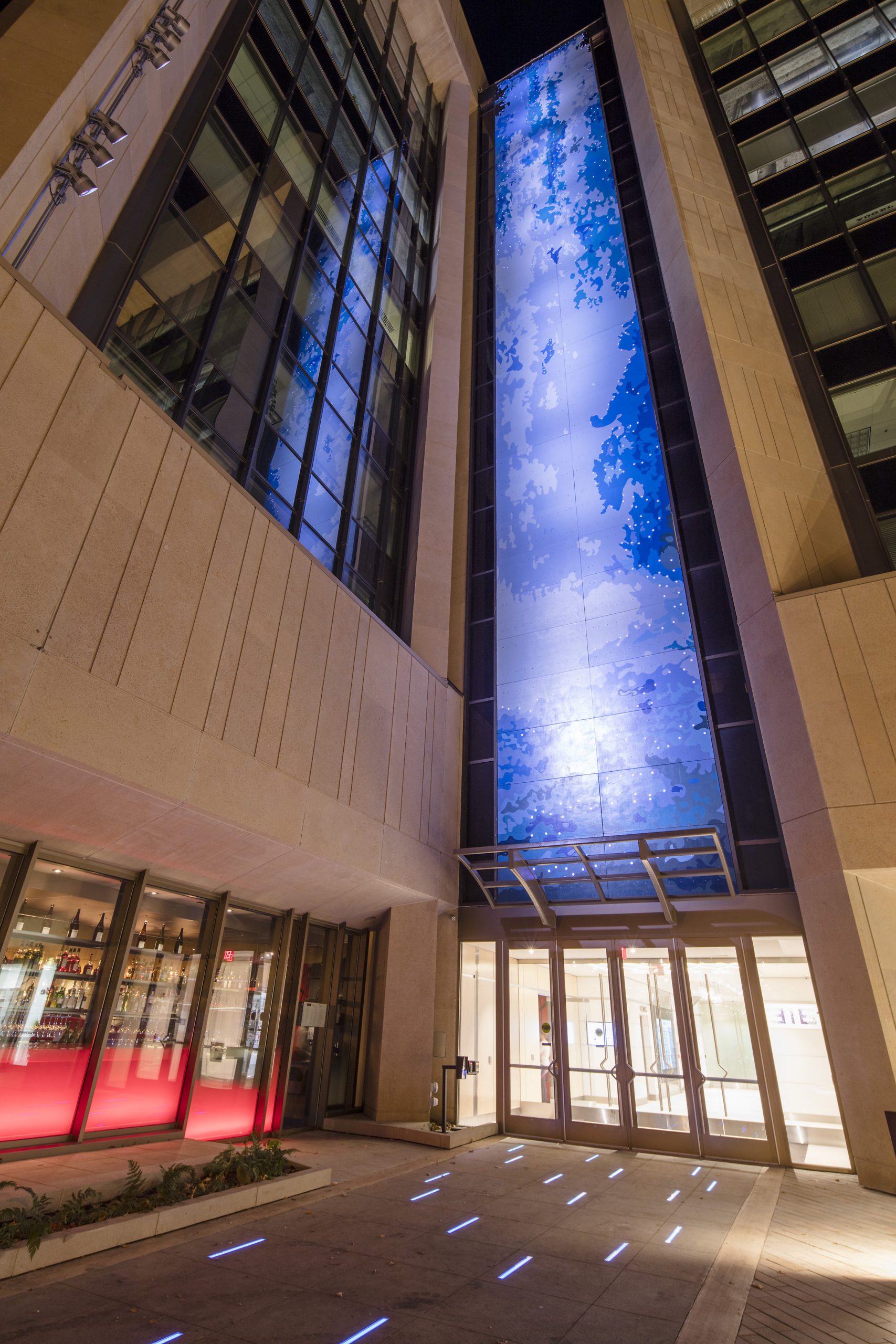 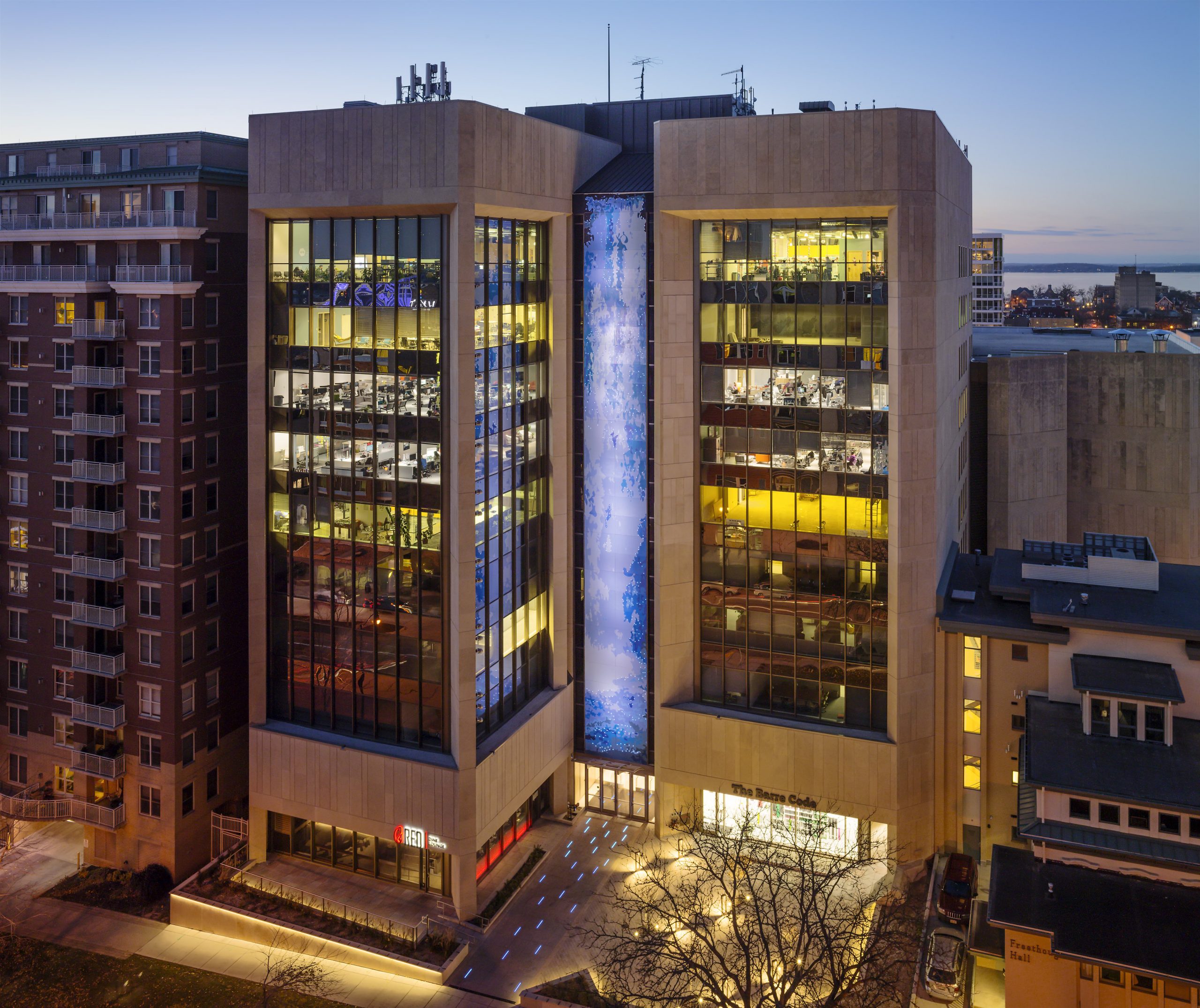 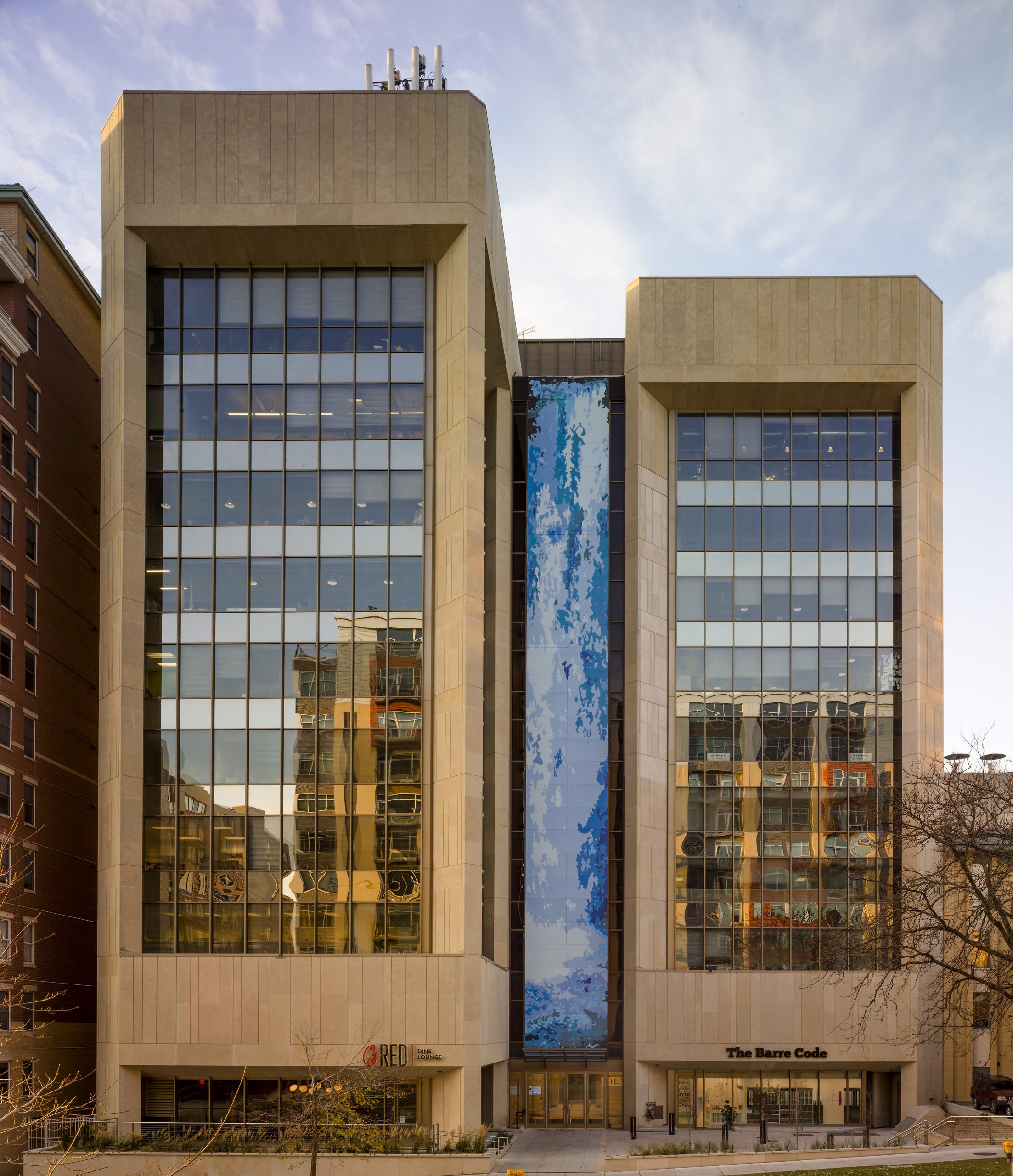 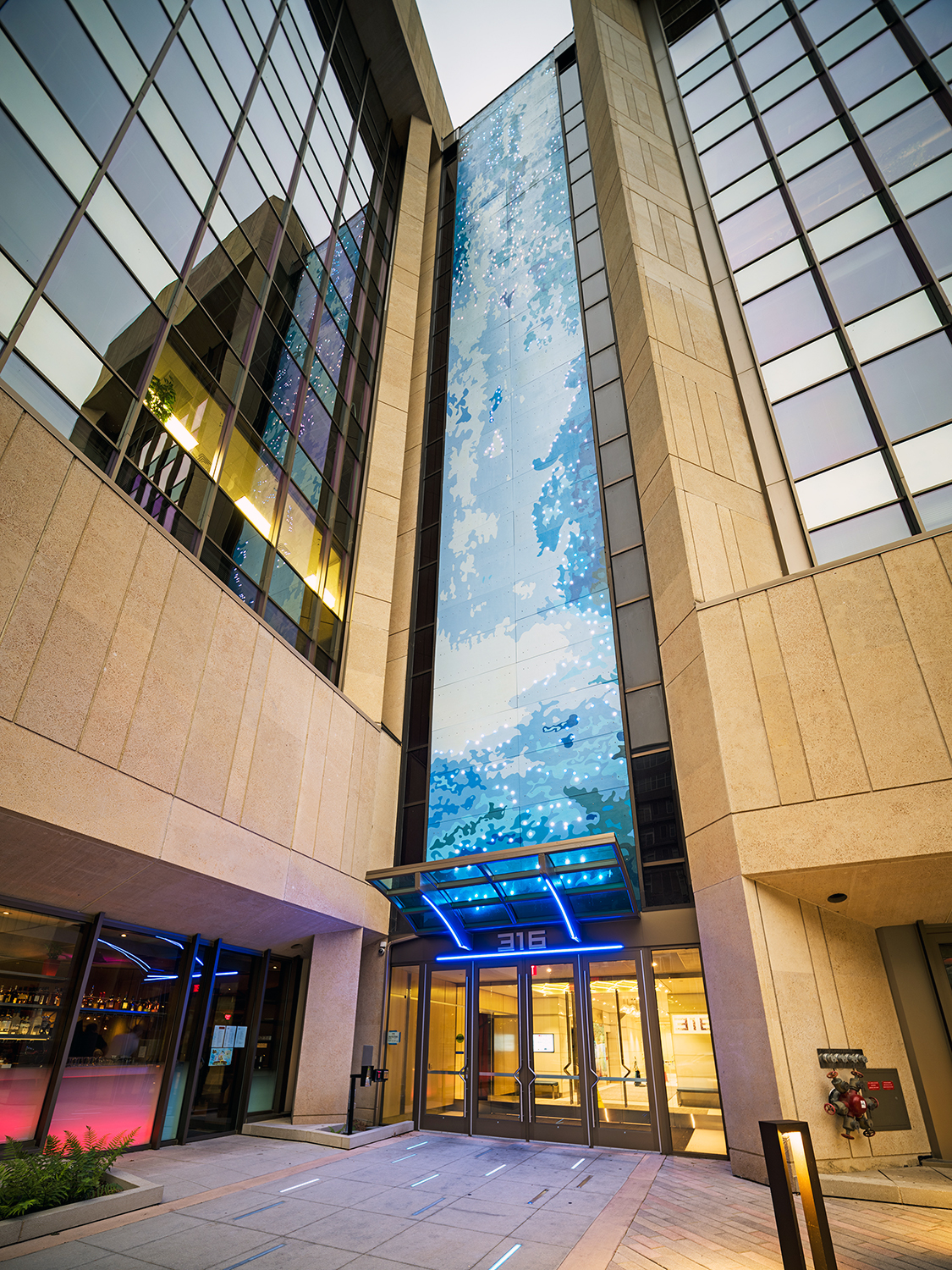 In Madison, WI, we created a 123' x15' mural on the outdoor face of a notable, 10 story building in the middle of the city, titled “Technology in Motion". There are nearly 500 LED nodes within the mural as well as 25 LED strips and 15 theatrical spot lights embedded in the ground. Working in tandem, the changing lights on the mural simulate a massive waterfall with a “splash pond” awning of glass and steel at the base. The electric waterfall can be programmed to change colors based on seasons, holidays, and local events.

We first considered the architecture, always striving for a balanced composition. The brutalism style easily allowed me to complement it with an abstract mural, in this case an electric waterfall. When choosing materials, sustainability of the installation and survivability of Wisconsin's harsh environment were heavily considered.

What started as a big idea and a small team of artists, quickly blossomed into a colossal collaboration, every role as vital as the next. Without this team, "Technology in Motion" wouldn't have been possible. I designed this huge mural, mapping out every inch and panel from base to top myself, and my team of 10 artists hand painted each panel and installed every LED node. Our lighting specialist (Dan Nichols, Starlight Productions) began mapping out and programming the lighting system, while coordinating with H&H Electric for the extensive wiring required. *Notable collaborators include CG Schmidt Engineers, Pierce Engineers, Dimension Madison Design Group, amongst many more, all of which worked together to assure the accuracy, structural strength, and creative authenticity of the concept. I would also like to say a very special thank you to CODAworx and their fantastic team. Without you, none of this would had never happened!

Since the mural was such a large feature in Madison and so close to the capital, especially with Eric Hovde as an affluent member of the community, the city welcomed this project with an exciting unveiling event. "New Places, New Faces" attracted a huge crowd to celebrate art and welcome this new addition to the city. While my team knew the title "Technology in Motion", the city has begun to refer to it as "The Electric Waterfall" - Fantastic additional video made and produced by Ting-Li of SnowForest can be viewed at https://vimeo.com/192144000