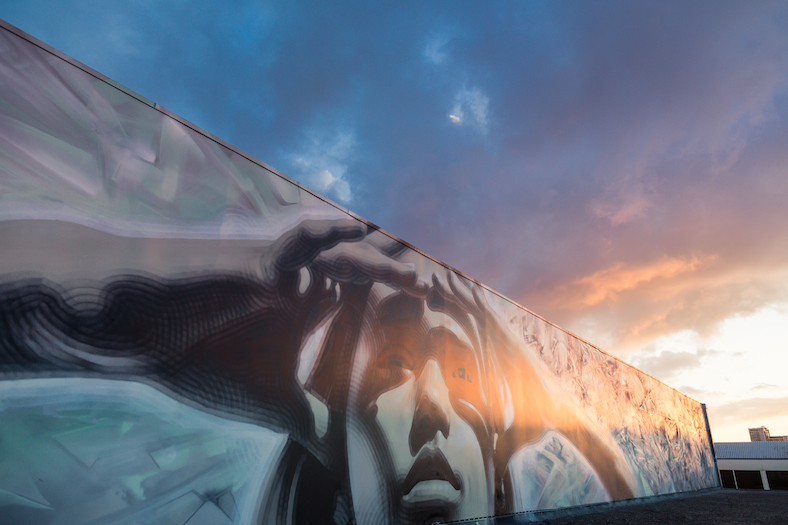 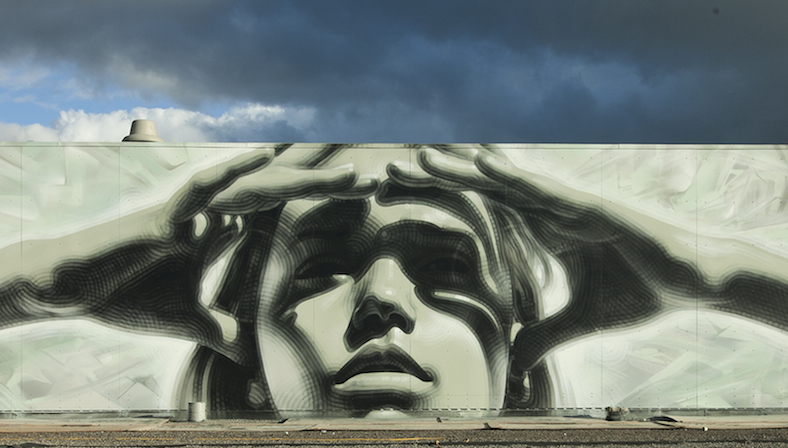 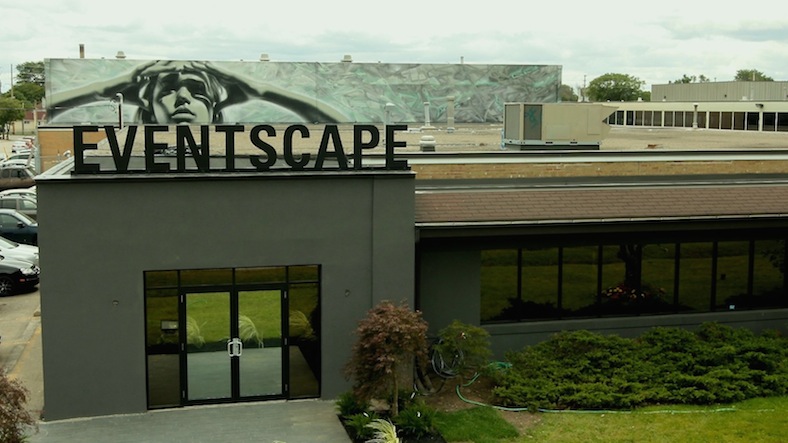 World renowned American born artist ELMAC painted his first Toronto mural at Eventscape Inc. Eventscape commissioned ELMAC to create this work of art, a 1500 sq. ft exterior piece on Eventscape’s building. As it faces the Gardiner Expressway, with a quarter of a million cars driving by daily on the highway facing the mural, it has become a new public art landmark in Toronto.

Gareth Brennan, president of Eventscape, has admired El Mac’s art for years and commissioned El Mac to create one of his masterpieces on the exterior of the Eventscape head office building in Toronto. The large wall provided the ideal canvas to create a this stunning artwork. Gareth wanted to give back to his community and contribute this artwork to brighten the daily commute of the thousands of drivers outside his window.

In his youth, artist El Mac was inspired by the Canadian artist, Alex Colville. He wanted to honor Colville by paying homage to one of his most famous paintings, “To Prince Edward Island “. This was the inspiration for Eventscape’s mural. Alex Colville passed away the previous year and in 2014, the Art Gallery of Ontario in Toronto exhibited over 100 works by the late painter. The artist felt it would be appropriate to paint this mural in Toronto, the city of his birth. The background was painted by KWEST of Toronto and STARE of Montreal, two of the most talented and respected urban artists in Canada. This mural of a woman looking off to the distance, perhaps searching for inspiration, is brightly lit to allow visibility 24 hours a day.