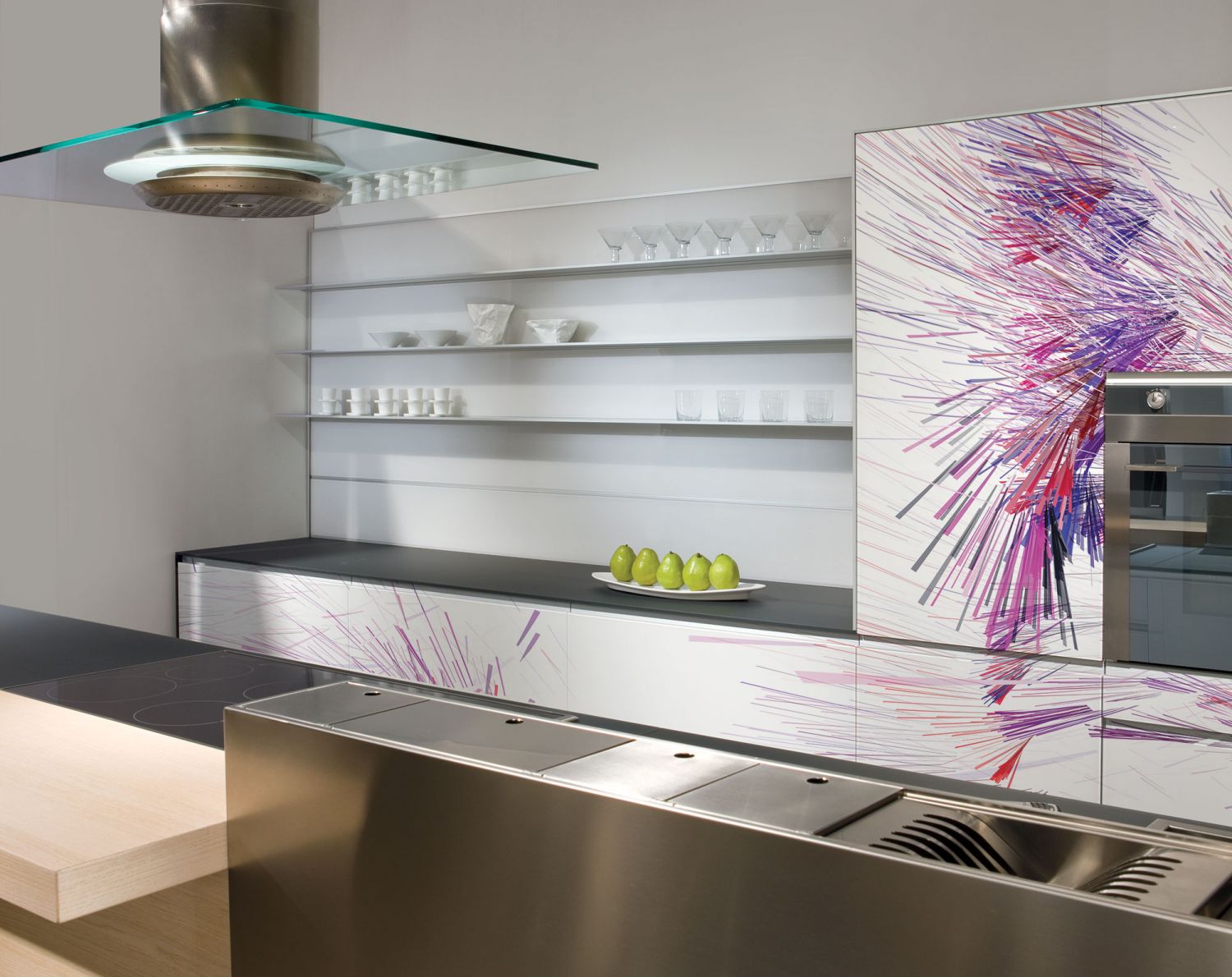 The energy in Gordon Gill's daughter Elizabeth inspired this twelve-foot tall mural for Valcucine's Chicago showroom on the first floor of the Merchandise Mart. Thirst used motion capture technology and custom software written in Processing to sample Elizabeth’s energy as she danced in place. We then rendered studies of her movement before we working with Gordon to choose the right ‘still frame’ composition that would be transformed into the handmade final piece. The expression was of Elizabeth’s energy alone: preserving a moment in time that is kinetic and alive.

World renowned architect, Gordon Gill, was commissioned by Valcucine, the Italian kitchen manufacturer, to design a hand-applied pattern for the surface of a new cabinet offering. Because the essence of this project was graphic in nature, Gill commissioned Thirst to be his design collaborators. Gill's work is focused on the energy performance of the built form, so Thirst's design director, Rick Valicenti, proposed that the final pattern be a digital artifact of 'real energy and real human presence'. As it turned out, Gill's daughter Elizabeth was dancing her heart out at home to the music of Lady Gaga and the Black Eyed Peas. Gill thought that was the ideal source of energy.

Valicenti collaborated with John Pobojewski, motion capture designer/artist, who brought Elizabeth into the motion capture studio and outfitted her with the appropriate sensors, turned up the music, and let her dance. Rendered in a variety of textures, Gill was invited to select the ideal ‘still frame’ composition that would be transformed into the handmade final piece. The frame catered Elizabeth’s energy and preserved a moment in time that remains kinetic and alive. Umberto Boccioni's Futurist sculpture was the inspiration for the final frame selection.