Drinking It In — Flying Objects - CODAworx 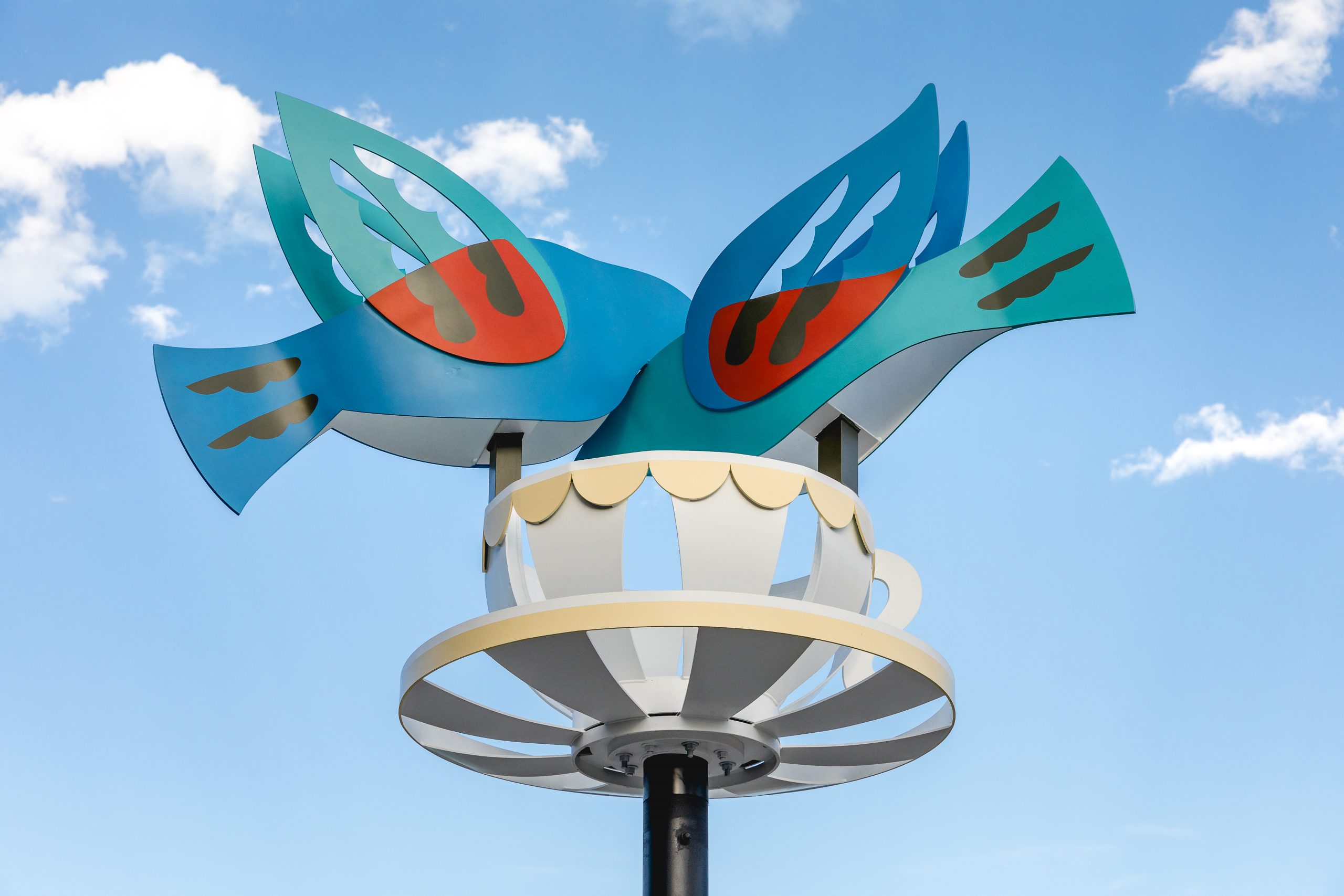 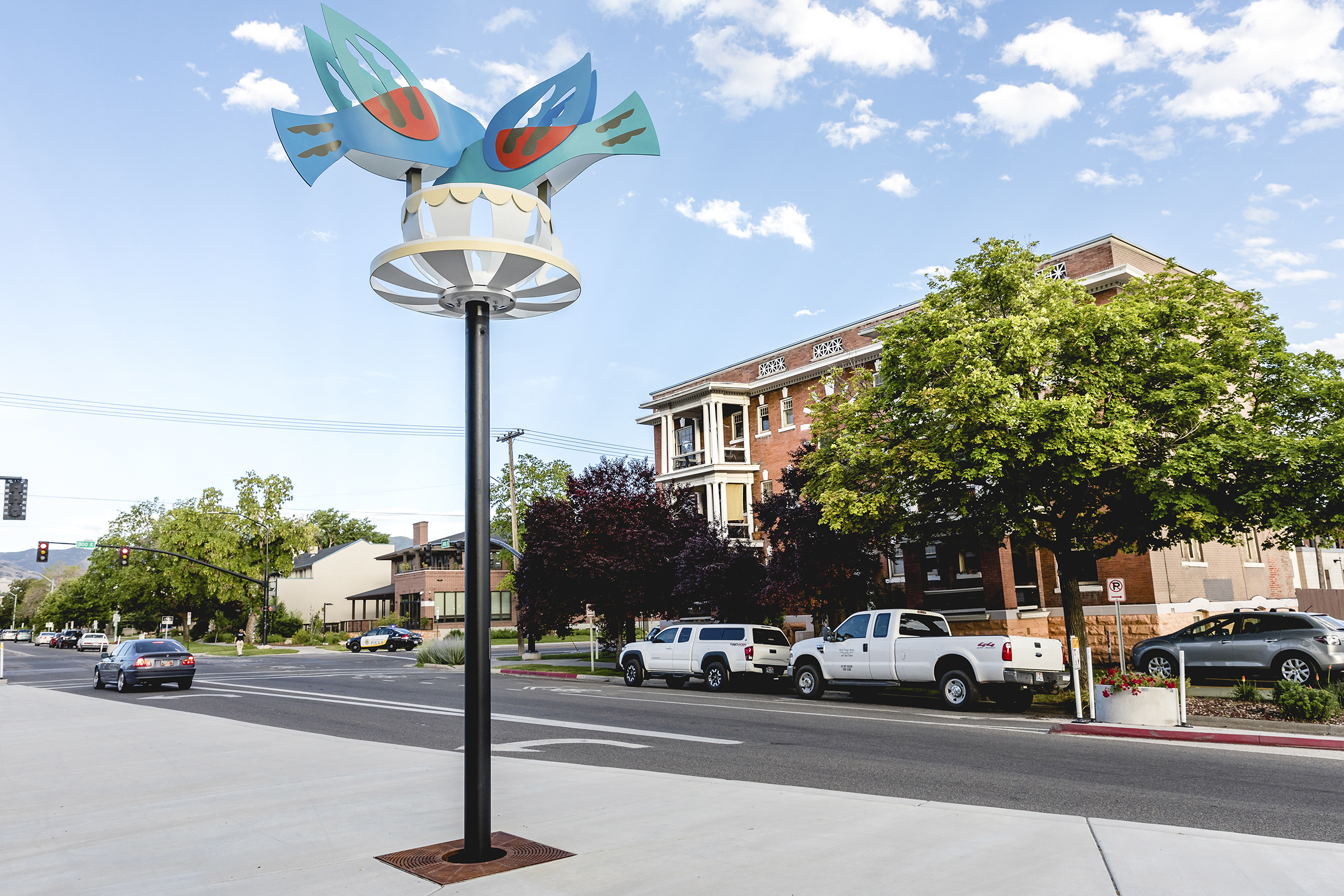 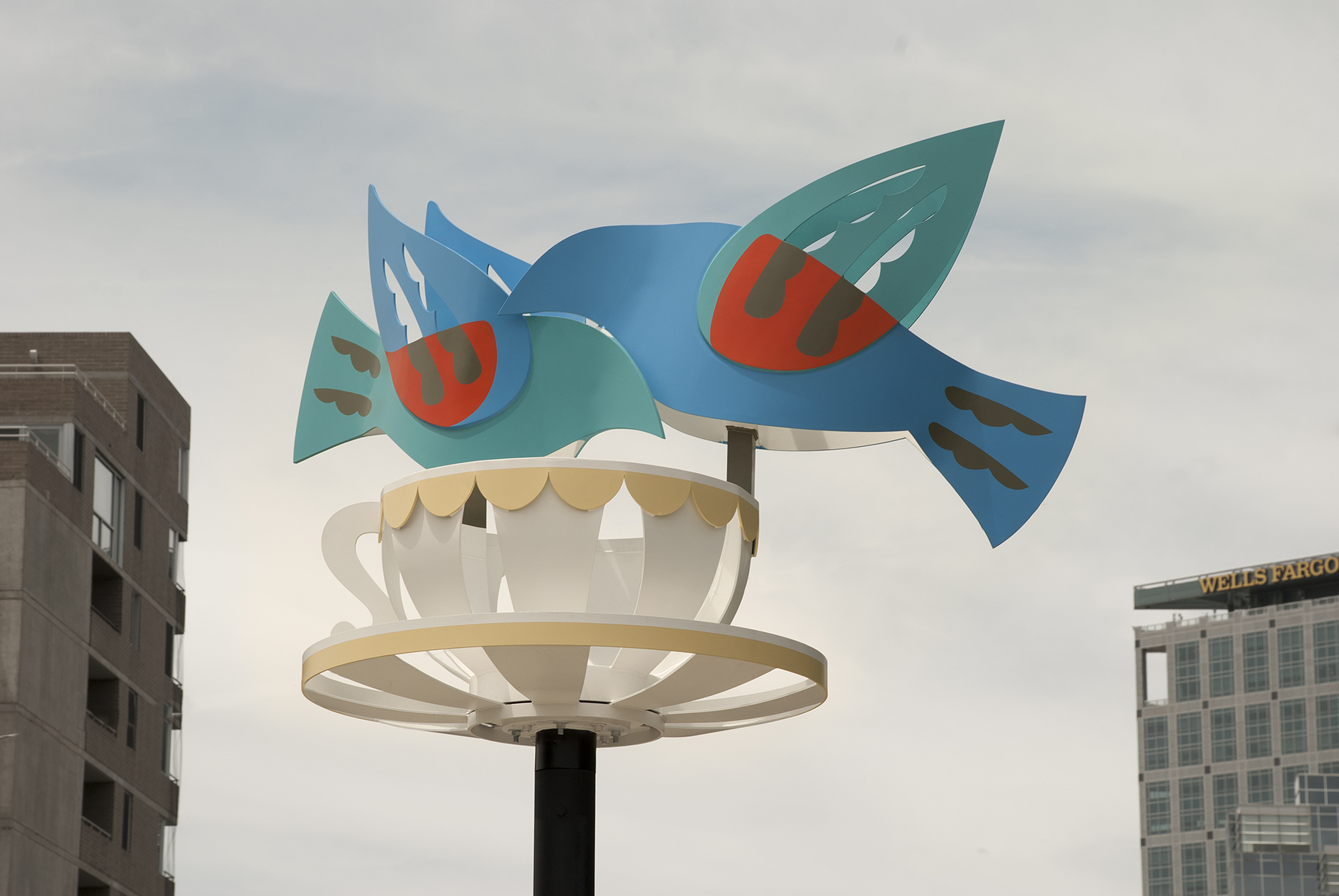 “Drinking It In” is one of 18 permanent sculptures included in Flying Objects 5.0. The first series of the five were temporary projects which offered both established and emerging Utah artists an opportunity to participate in a temporary public art project and create sculptures on a smaller scale using a variety of materials and subject matter.

“As the title suggests, this metal sculpture whimsically reflects enjoying the creative Broadway District in Salt Lake City, by symbolizing relaxation, pleasure, conversation, friendship, restaurants, and taking time for a welcome respite from a typical day. To me birds are always a welcome sight and even more so in the city.” says Traci.

The Flying Objects public art project began in 2005 during a time when downtown Salt Lake City was under considerable construction for the City Creek Center, one of the nation’s largest mixed-use downtown redevelopment projects. The project was designed to stage a series of sculptures, installed in three locations, that added color, shape, interest, whimsy, and vitality to the streetscape through a curated series of twelve sculptures in a range of styles and materials.

The sculpture is approximately 7 x 11 feet and made of aluminum. It was laser cut then painted in bright colors that Traci used to convey a joyful feeling.

Five series’ of Flying Objects have been accomplished with great support from the artists and the community. The first four series were installed for a period of 2 to 2½ years; however, Flying Objects 5.0 which consists of 18 sculptures is a permanent installation. The permanent series is located on the medians of 300 South and 400 West to 300 East, in downtown Salt Lake City, Utah. Traci's piece is at the intersection of 300 South and 300 East and is the first in the line up of sculptures.