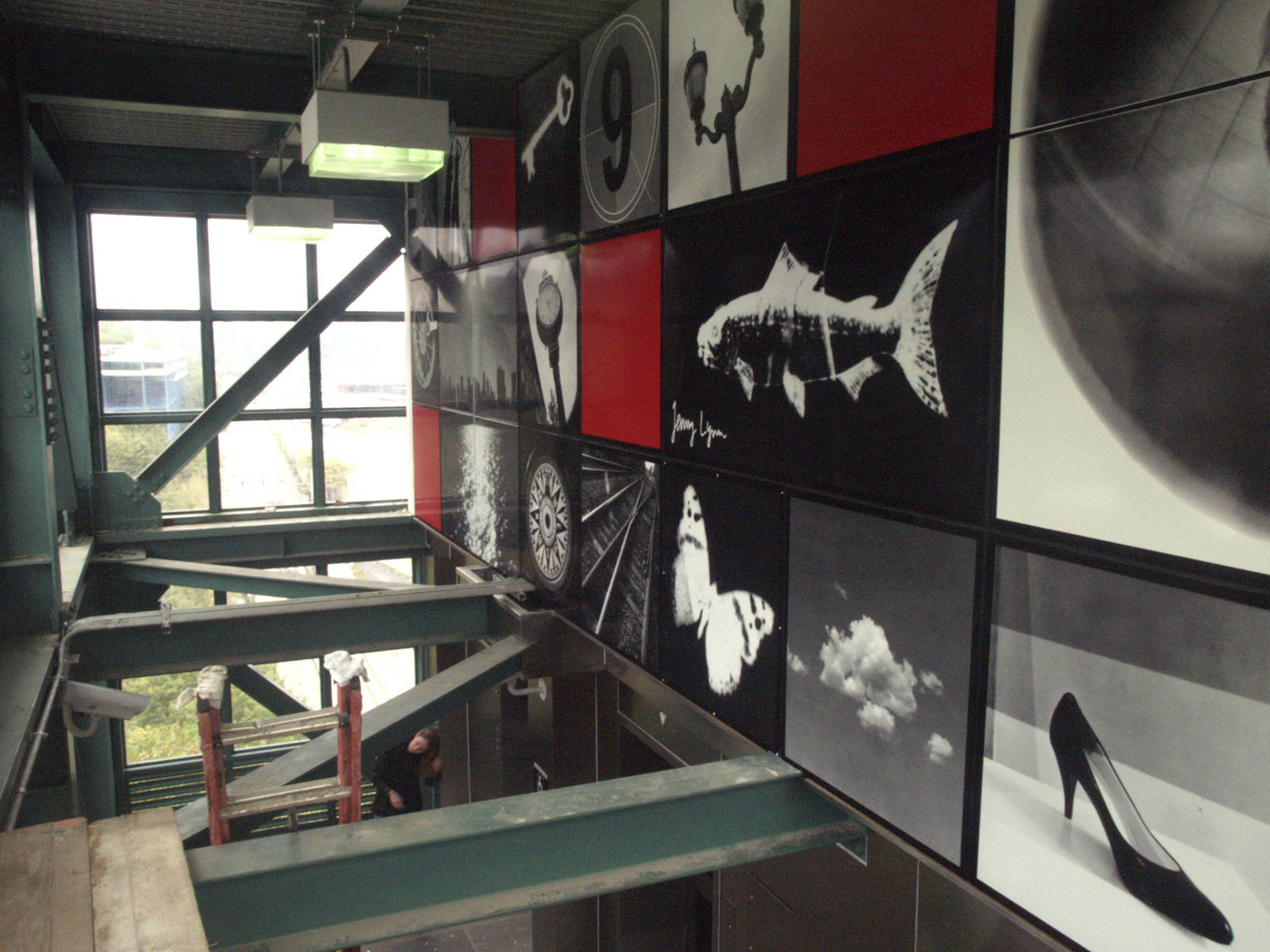 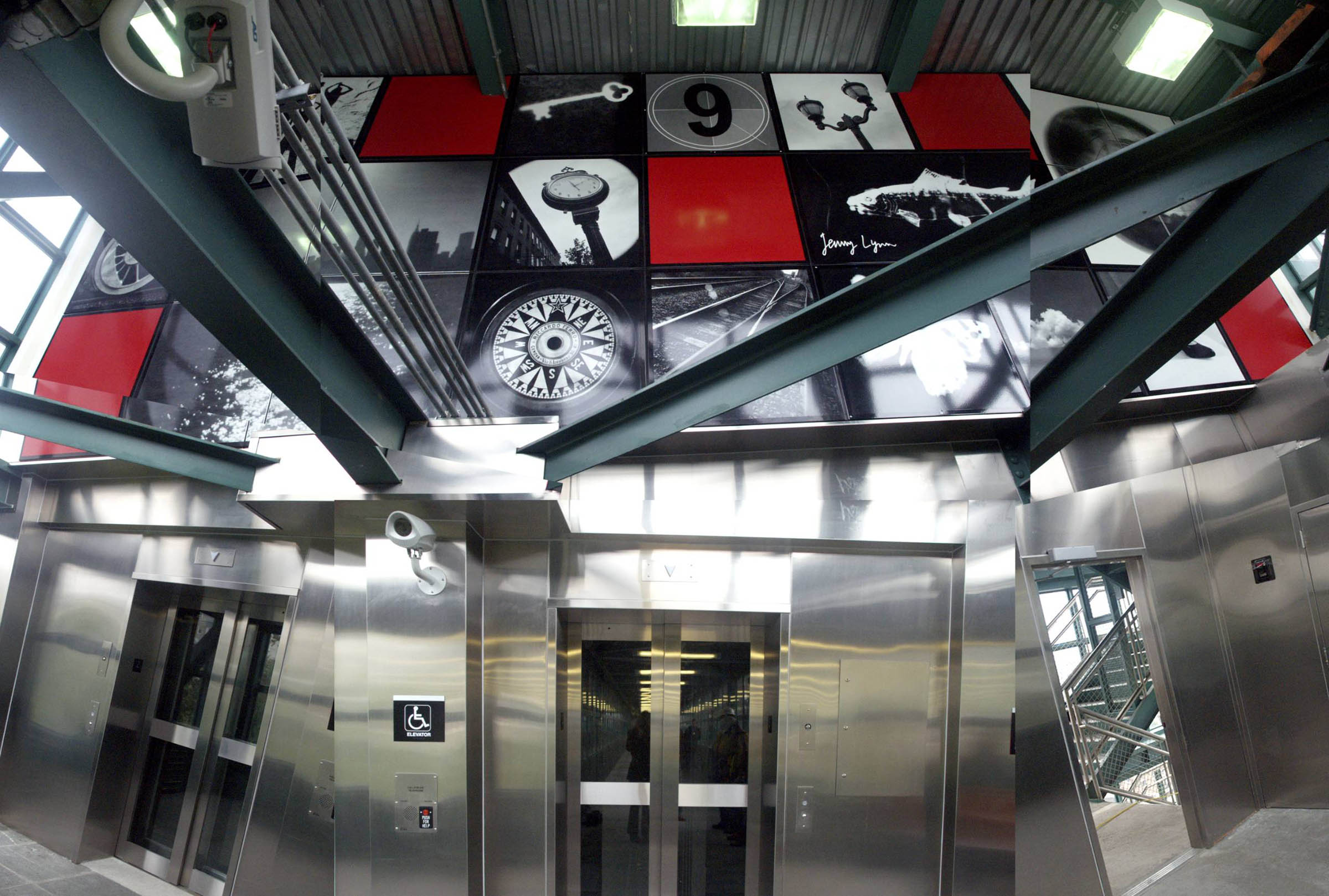 Dreams in Transit: This is a 10-foot by 30-foot photographic public work, commissioned by New Jersey Transit, and located at the 9th Street Station of the Hudson-Bergen rail line in Hoboken, New Jersey. The piece consists of 27 panels, each measuring 40×40 inches, and is fabricated in porcelain enamel on steel. I was approached by the lead artist on the project, Ray King, to create a companion piece to his work at the same site. The project was completed and permanently installed in 2004.

To create the design, I combined existing imagery from my archive with photographs that I made of the surrounding area in order to connect the mural to the community. The final images consist of photographs and photograms which make poetic and symbolic references to travel and transport, as well as a digitally-created image of the number 9, which connects the mural to the 9th Street Station. To add a spark of color to the design, I added several solid red panels to the black and white images. The completed piece was installed above the elevator doors in the sky lobby waiting area, to create a lively entrance for commuters as they make their way through the transit system. The goal of the artwork is to enhance the station, and connect to the community in a meaningful way.

I was subcontracted to create this piece by the lead artist, Ray King, as a companion piece to his work, titled "Art Walk.” Both works were commissioned by New Jersey Transit, and are permanently installed at the 9th Street Station of the Hudson-Bergen rail line in Hoboken, New Jersey.