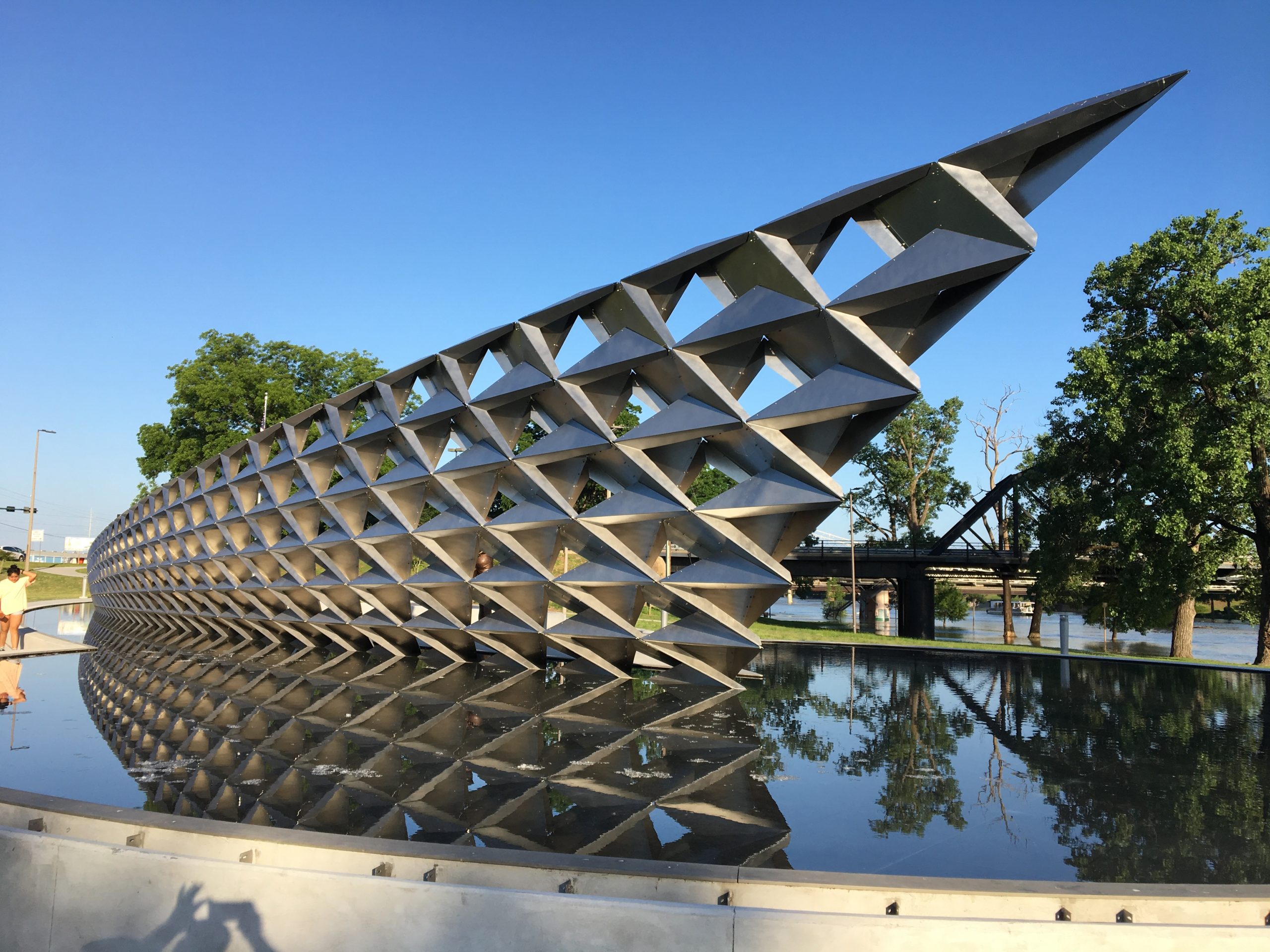 The Doris Miller Memorial honors a Black American WWII Navy hero for going above and beyond the call of duty during the Japanese attack on Pearl Harbor. As a result, Miller was the first Black American to receive the Navy Cross, the highest medal awarded by the Navy. The wall is 140′ long, 17′ tall, 10′ wide. 0.1″ thick stainless steel, bronze, water, granite and concrete.

The feature wall of the memorial is an abstraction of the USS West Virginia Battleship, the ship Doris Miller was serving on on December 7th, 1941, during the attack on Pearl Harbor. The Many Sailor Wall is a tessellation of modules, each representing the many sailors that make a ship. A hero sized bronze figure of Miller was added next to the wall. The 100 percent of the funding for this project occurred over 7 years and was raised through donations from $0.25 to much larger private donations.

The building of the Doris Memorial contributed to this community's healing in a significant way. The pain the city had been feeling for the better part of a century was caused by a racially motivated lynching that occurred in Waco in 1916. This regrettable event had built a metaphorical divide between East and West Waco in terms of race relations for a century. This dark cloud had stifled race relations in Waco. The project was instrumental in rejoining the community through working toward the common goal of recognizing a past community hero.

The wall is made of 1500 unique parts, bolted together with 9,000 bolts and 25,000 bolt holes. The geometry of the parts was generated by an algorithm written by the designer. The part shapes and bolt holes were cut out with a CNC laser cutter and there was not a single bolt hole misplaced.