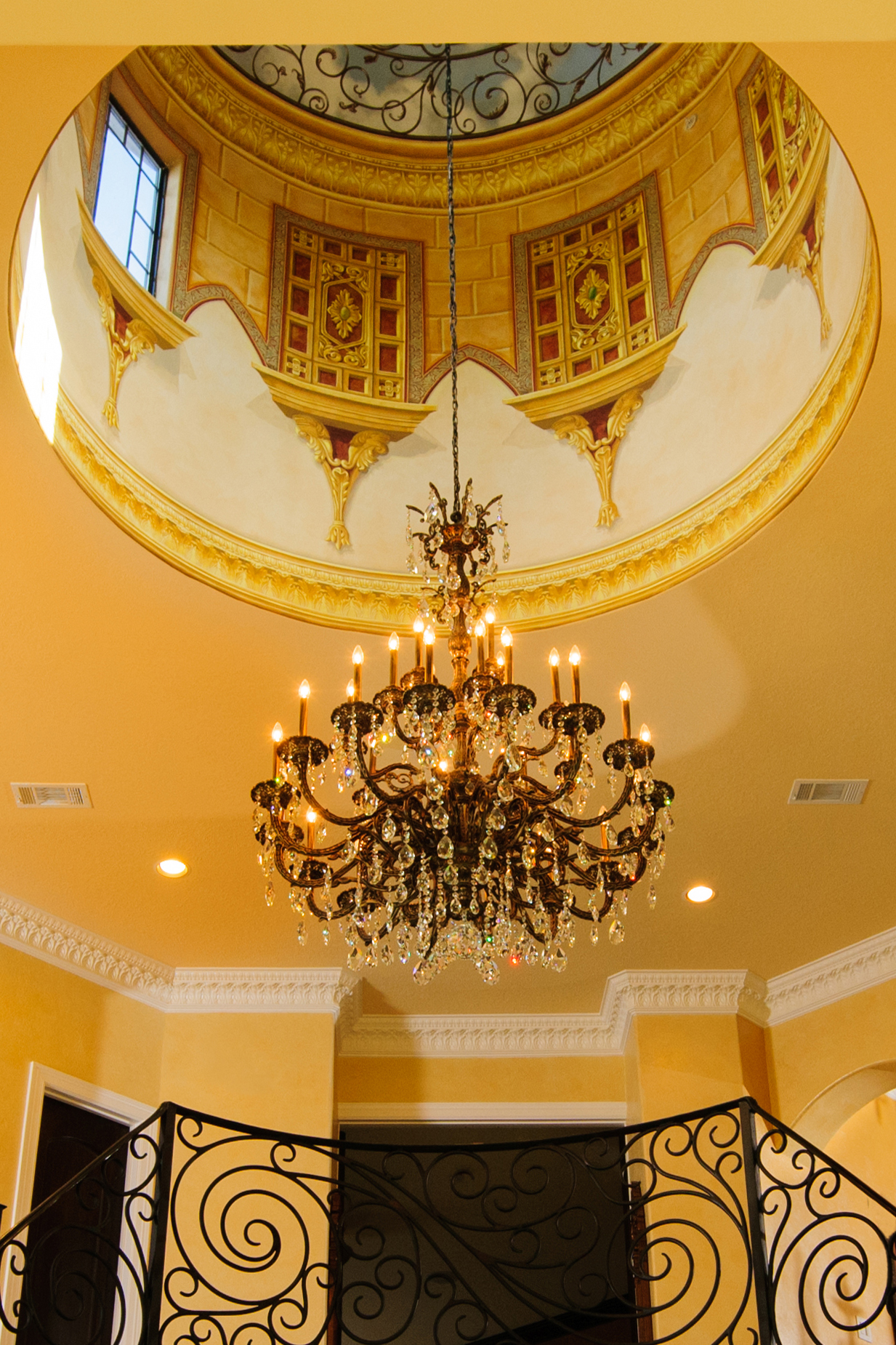 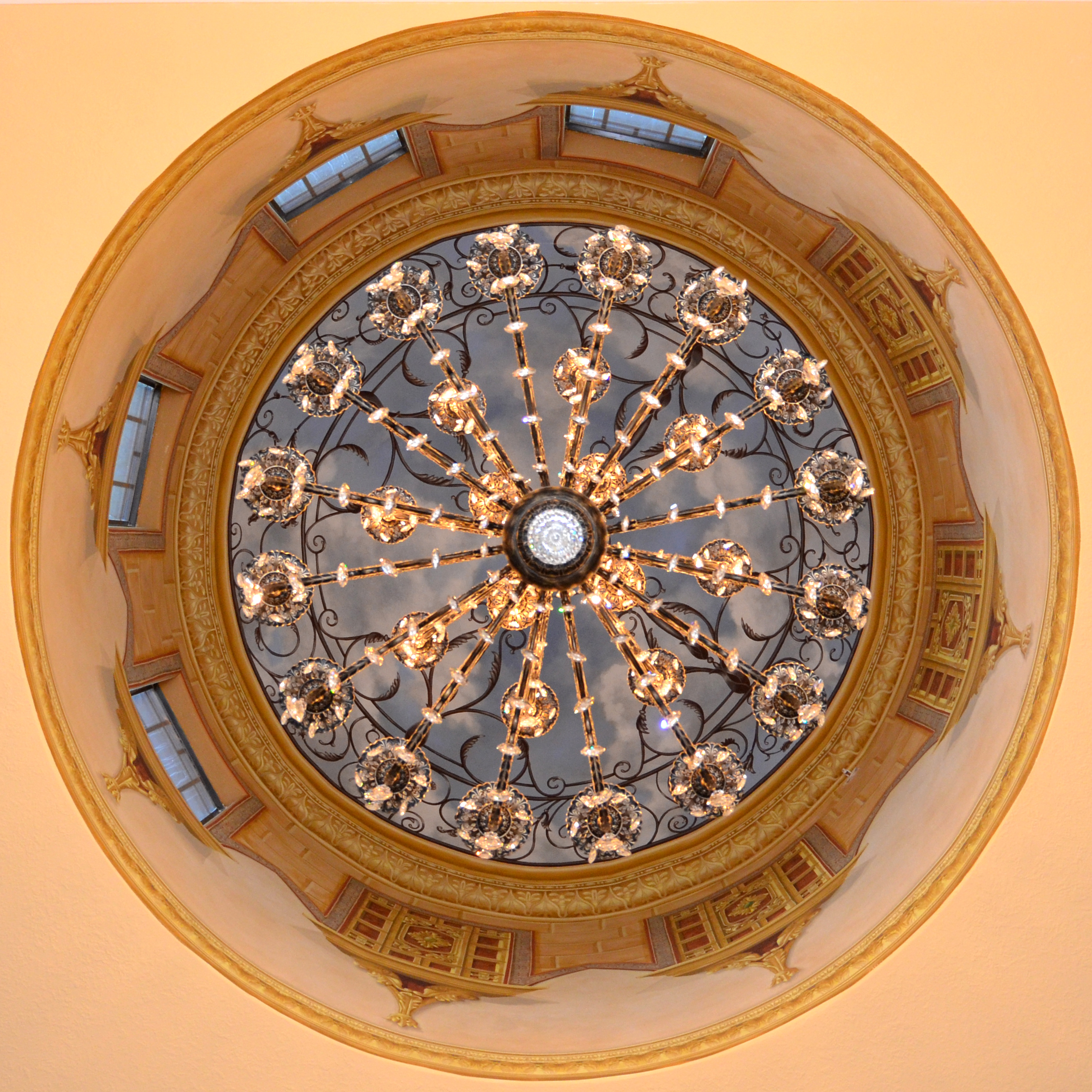 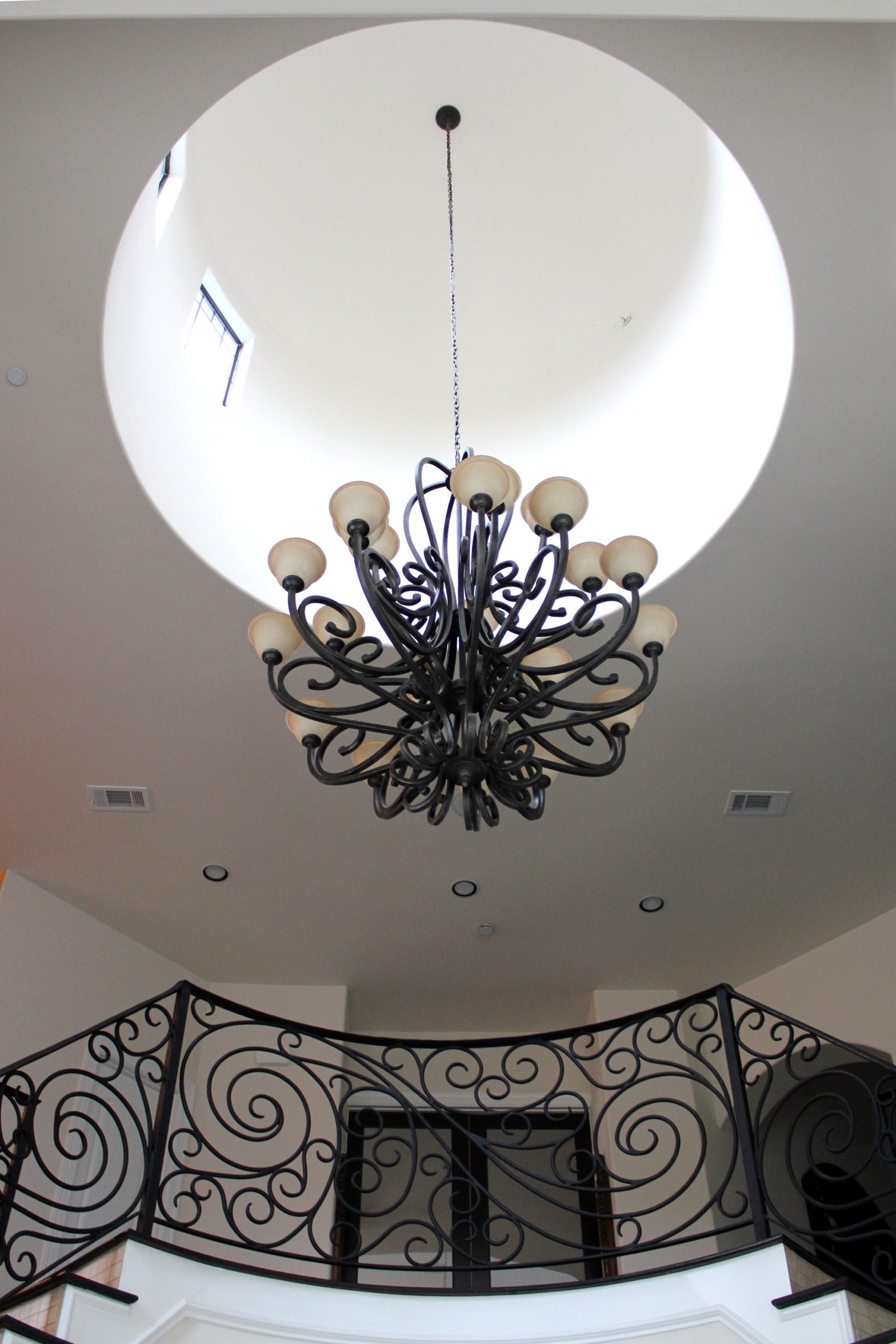 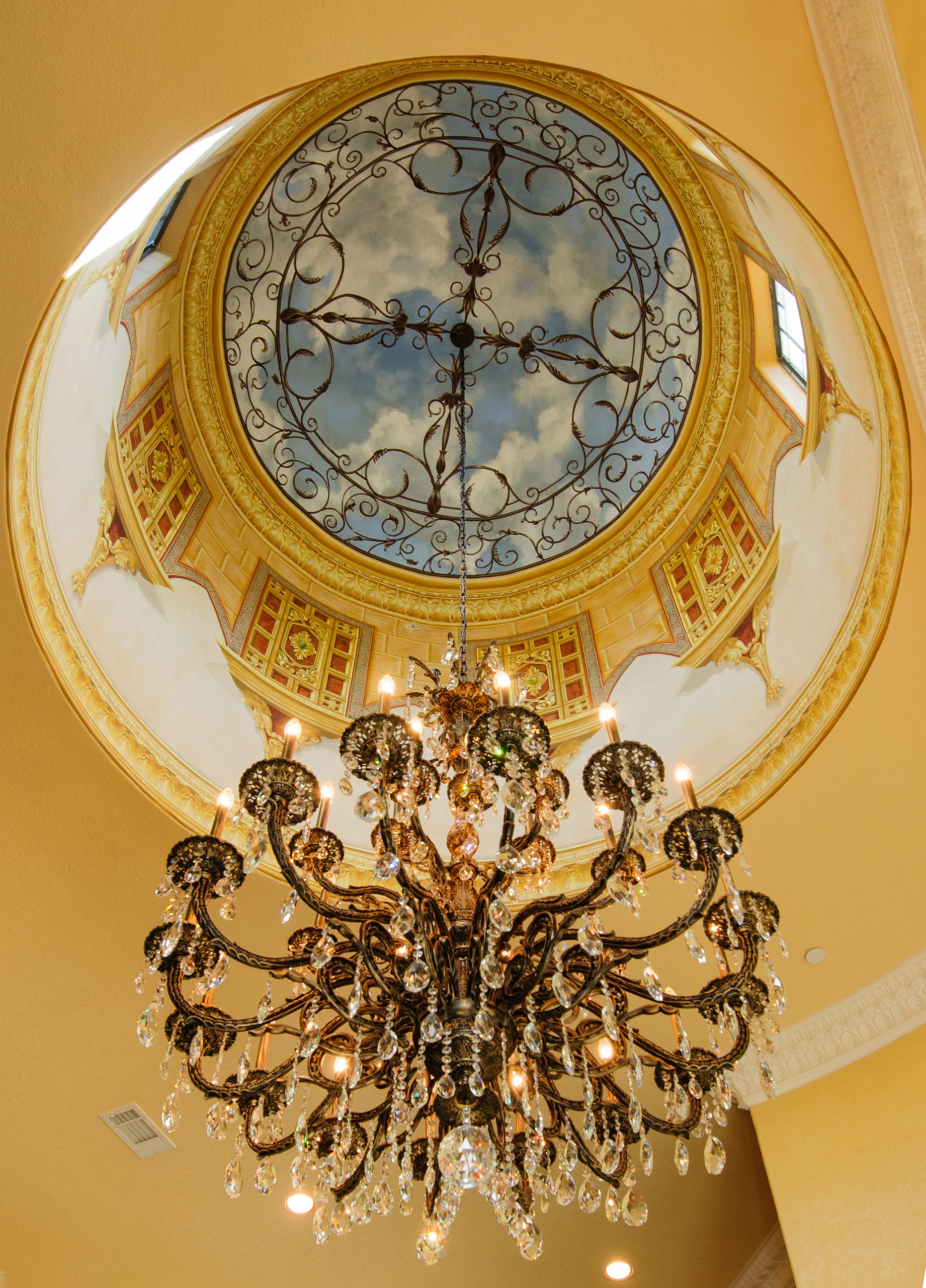 The Trompe L'oeil technique was employed in painting a dome consisting of a cylinder, 12ft diameter and 9ft in height and topped with half a sphere. Elements of multiples of fours were used to unify the design: four existing windows, four panels, eight arches, eight corbels, four repetitive metal work, (16,8,4) metal chandelier arms.

Integrating the four existing windows of the cylindrical part of our dome was a major challenge. Four panels of same proportions to windows were incorporated in our artwork to unify the design. Another challenge was unifying the design of the dome with the crown molding close by. So an imitation of the 3D crown molding was painted in 2D.

The designer had a vision of the space she wanted to produce and the artist did a wonderful job in transmitting the vision into an actual mural.