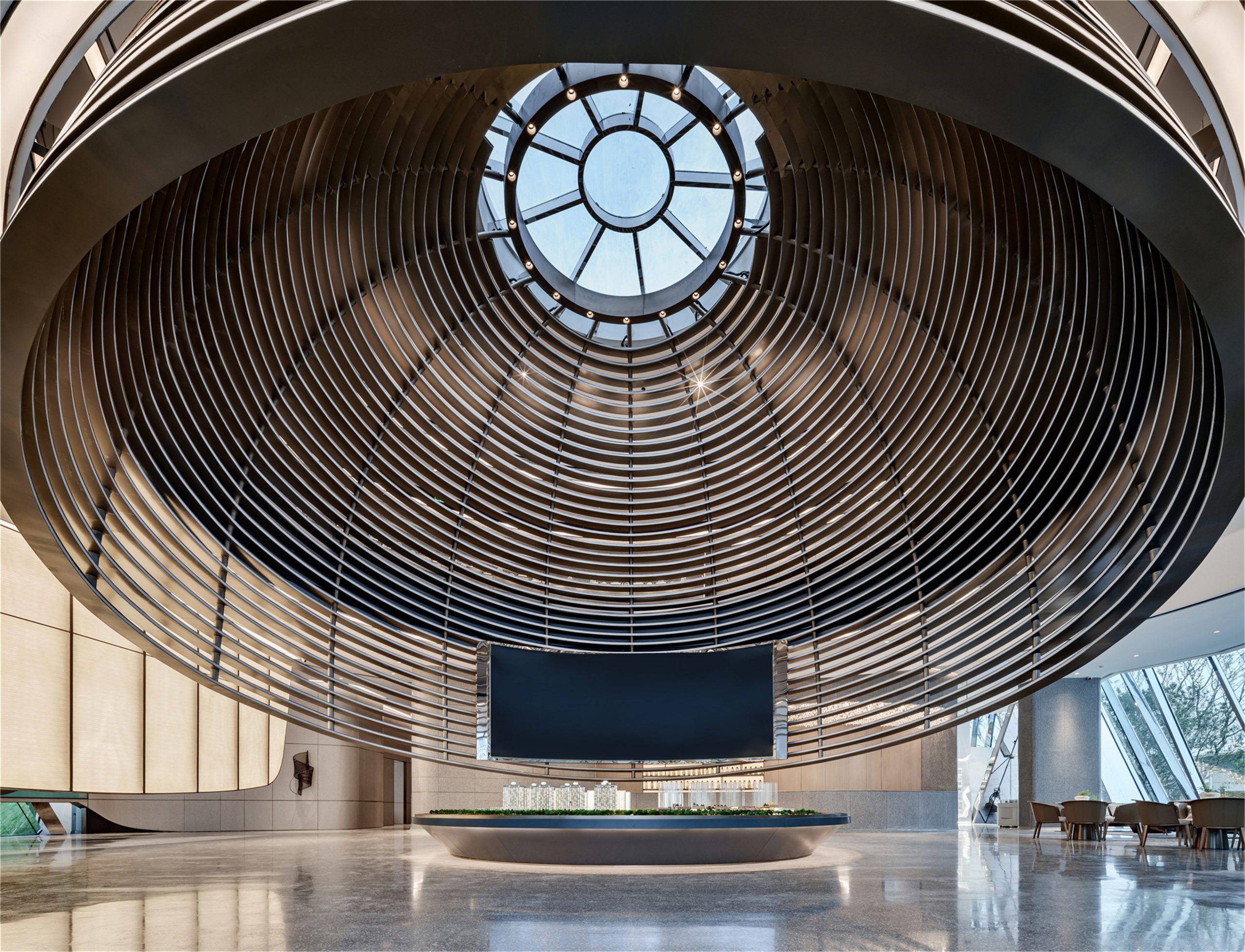 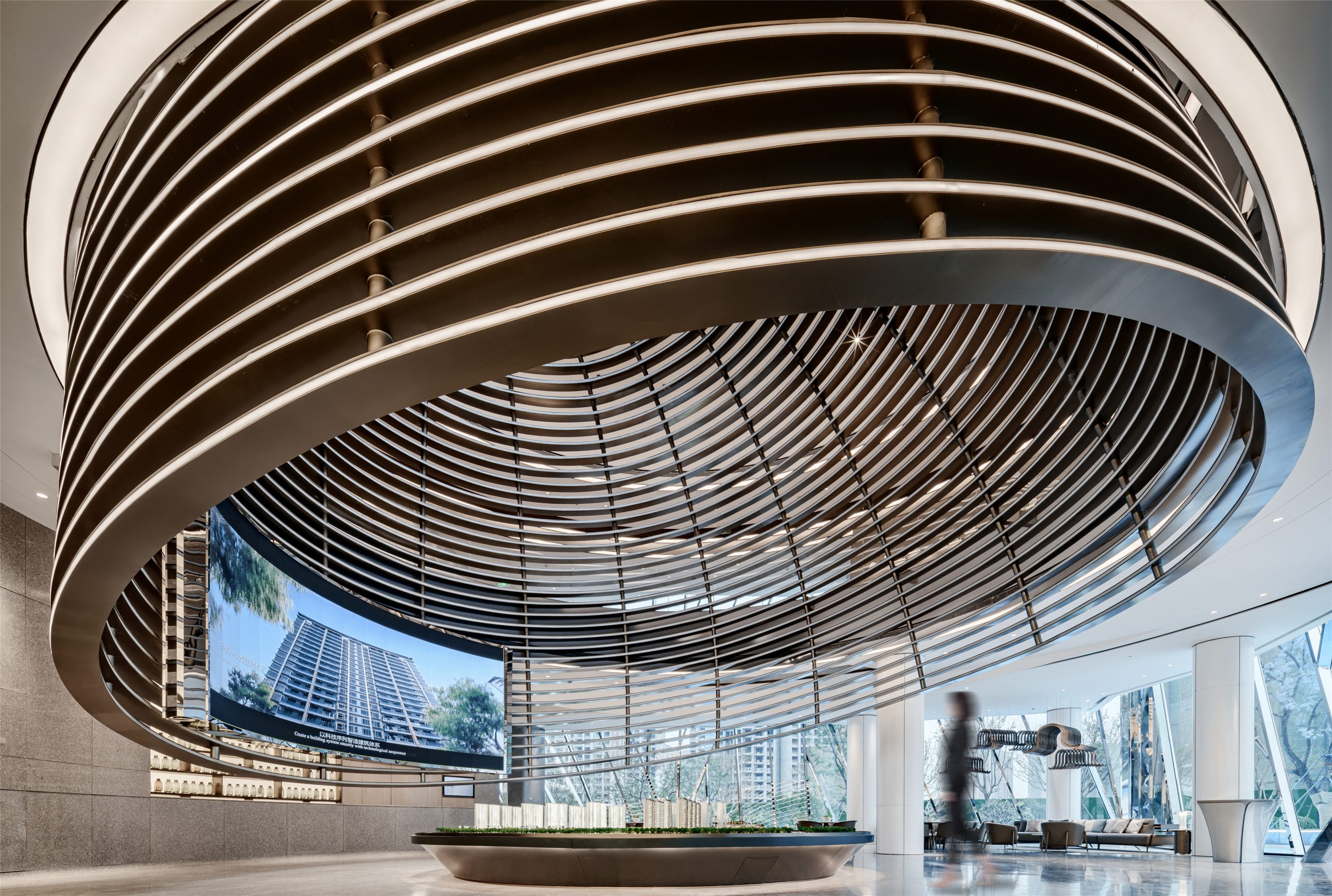 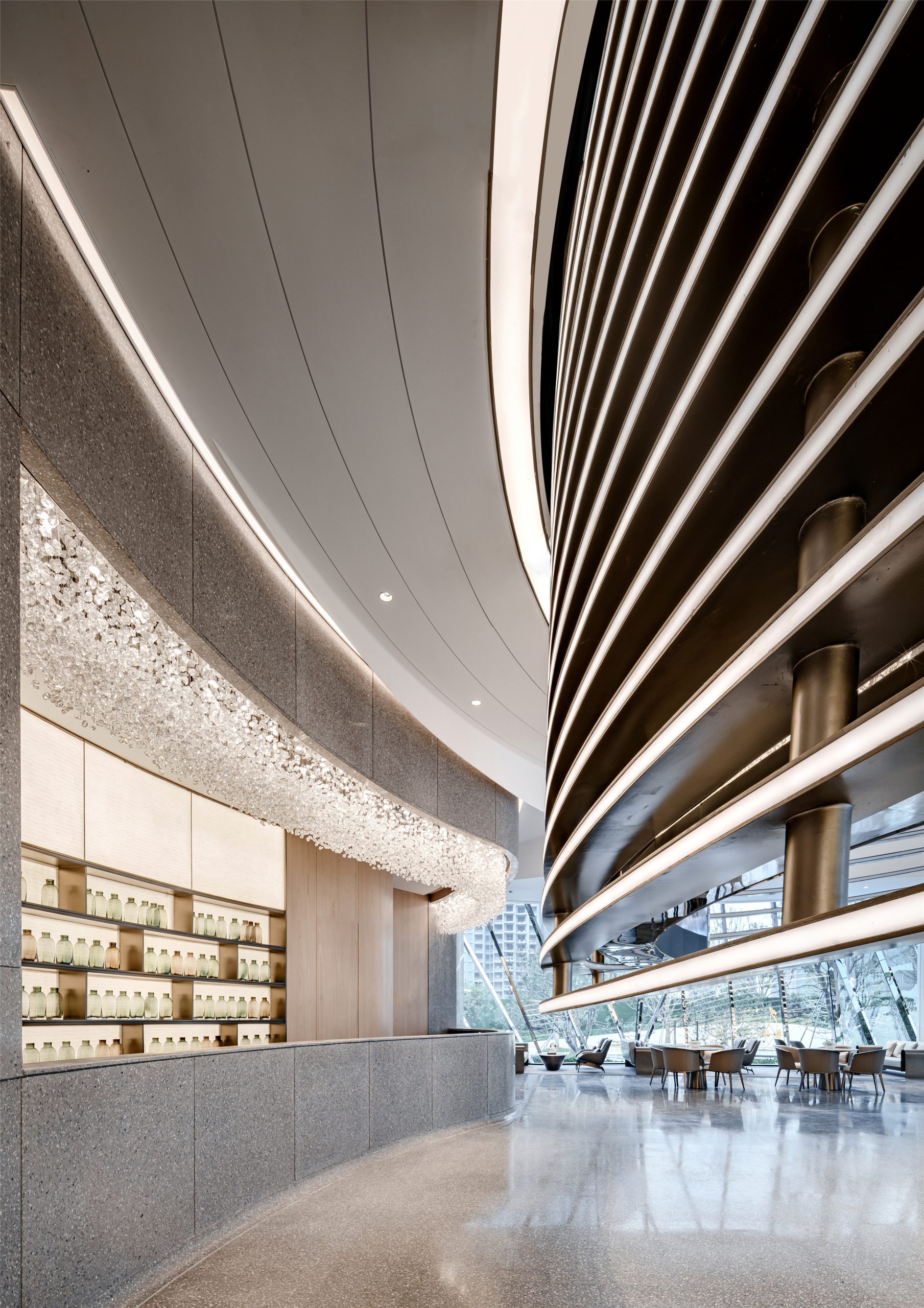 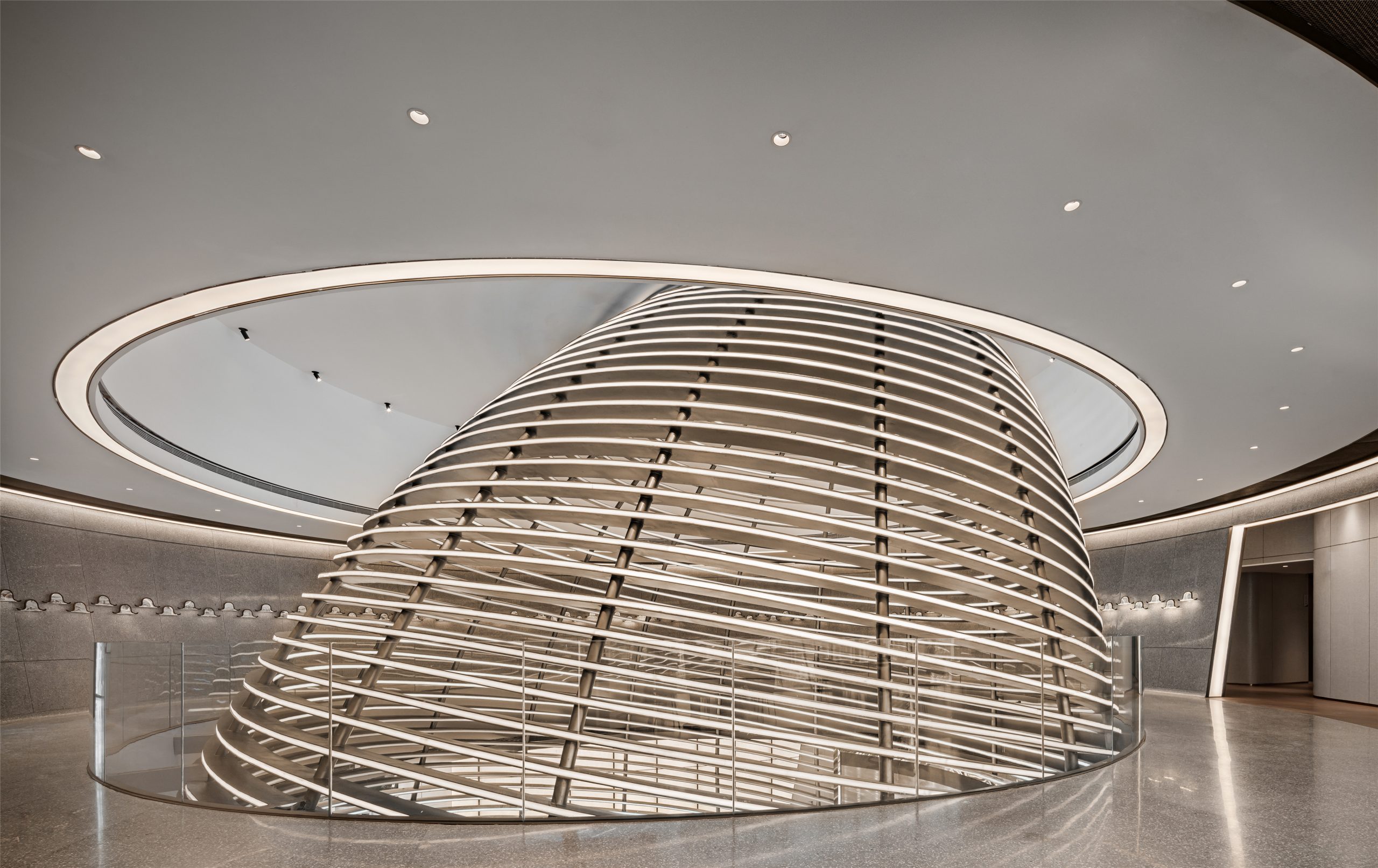 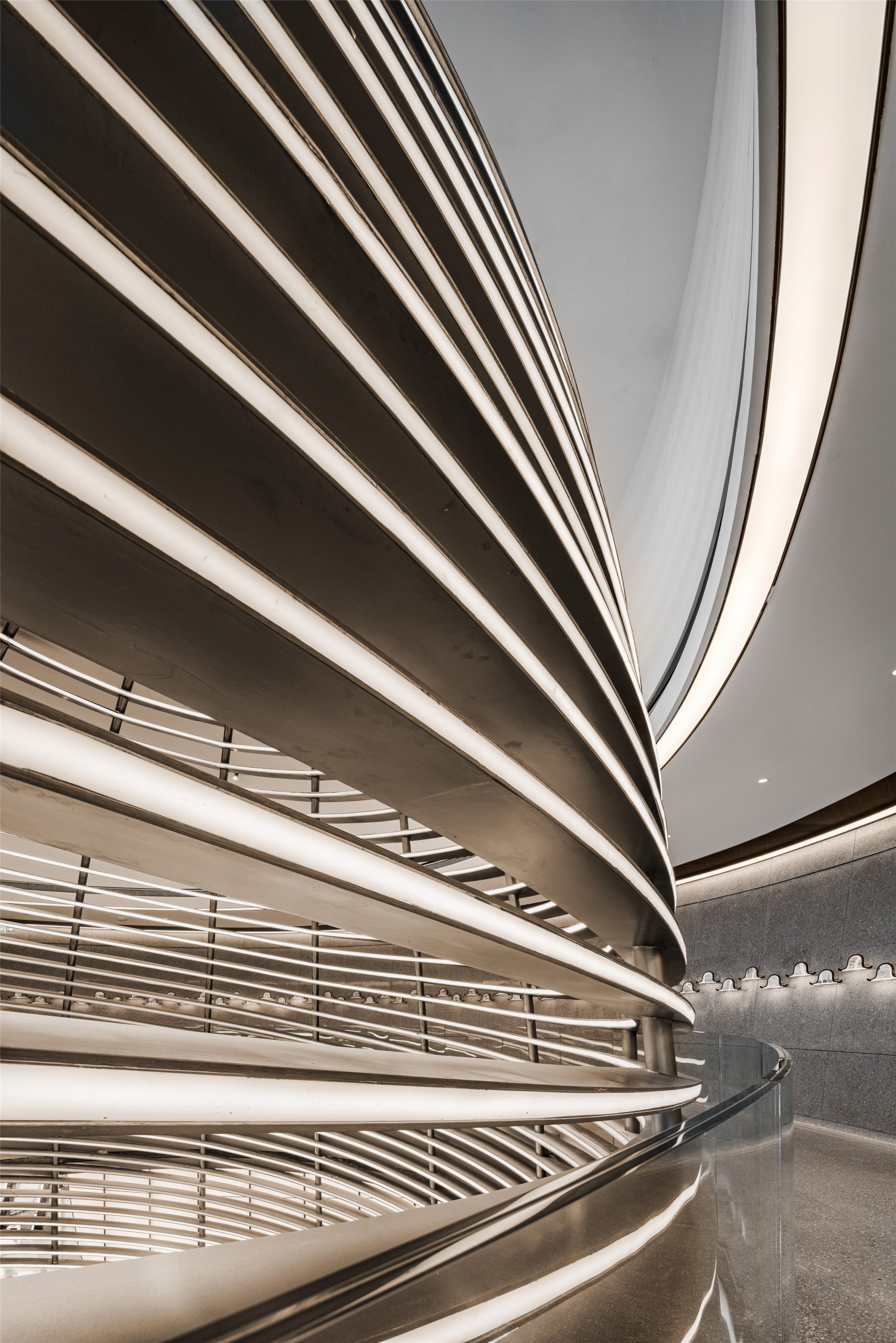 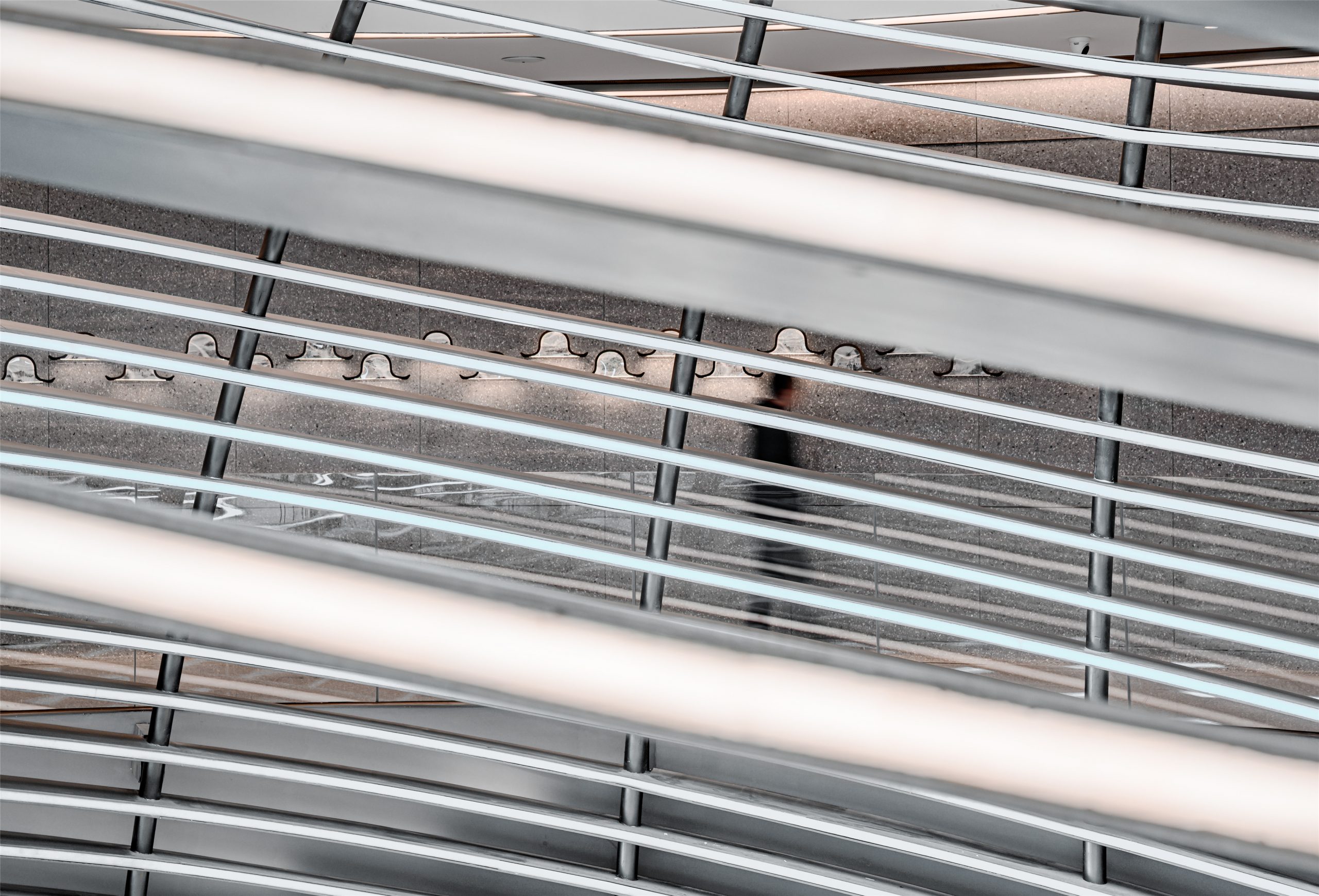 This is a sales center in a community in Zhuhai,China.The design incorporates traditional Chinese philosophy and cosmology into modern interior space, and extracts the unique cultural symbols of Lingnan architecture into design elements, using modern design techniques to inject urban cultural genes into the space.The design is inspired by caisson patterns, the decorative art of the ancient Chinese architecture. Caisson ceiling, the unique decorative part of the indoor ceiling in traditional Chinese architecture, not only represents the aesthetic value of the Chinese people, but also a spiritual symbol of the communication between heaven and mankind.The original space plan of the project is a square layout. We simplified the shape of the circular caisson and abstracted artistic expression. Combined with the skylight design, the designer introduced natural light into the interior through the fifth facade of the building, and the center continued to focus downward on the theme of the scene. It aims to integrate Chinese traditional architectural philosophy with modern design techniques.

In order to build a space atmosphere, customers can deeply experience the overall temperament and unique selling points of the project at the first moment they enter the sales center. Actively harmonize the atmosphere to enhance customers' sense of identity to the project and reflect the scarcity and non-replicability of the product.

Since ancient times, the Eastern peoples have worshipped nature and natural phenomena. Ancient sages put forward the philosophical thought of "the harmony between man and nature", emphasizing imitating nature, conforming to nature, and admiring the universe view of ‘orbicular sky and rectangular earth’. The ceiling of the ancient Chinese architecture, caisson, is the awe and admiration expressed by the ancients to the heavens and the universe.