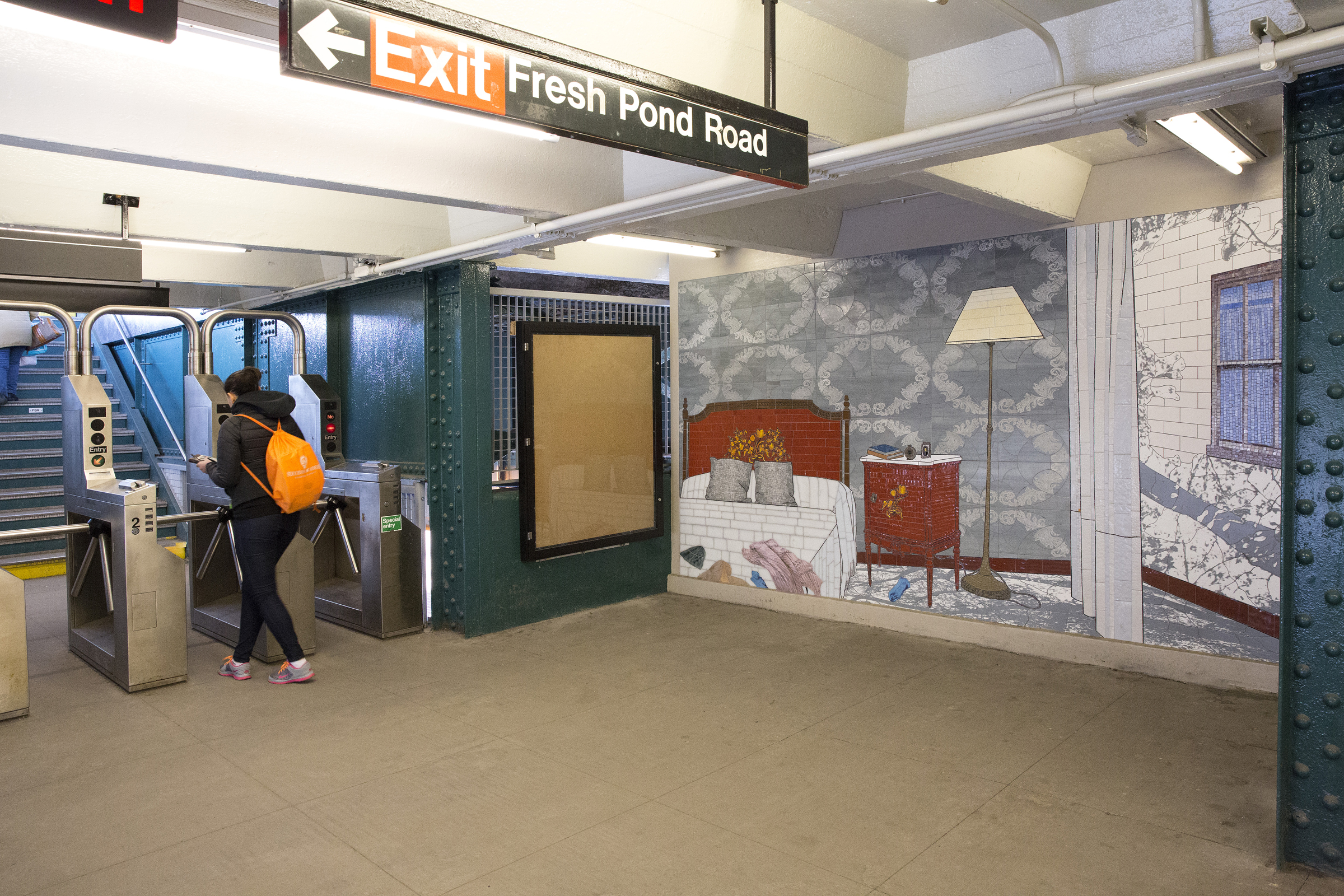 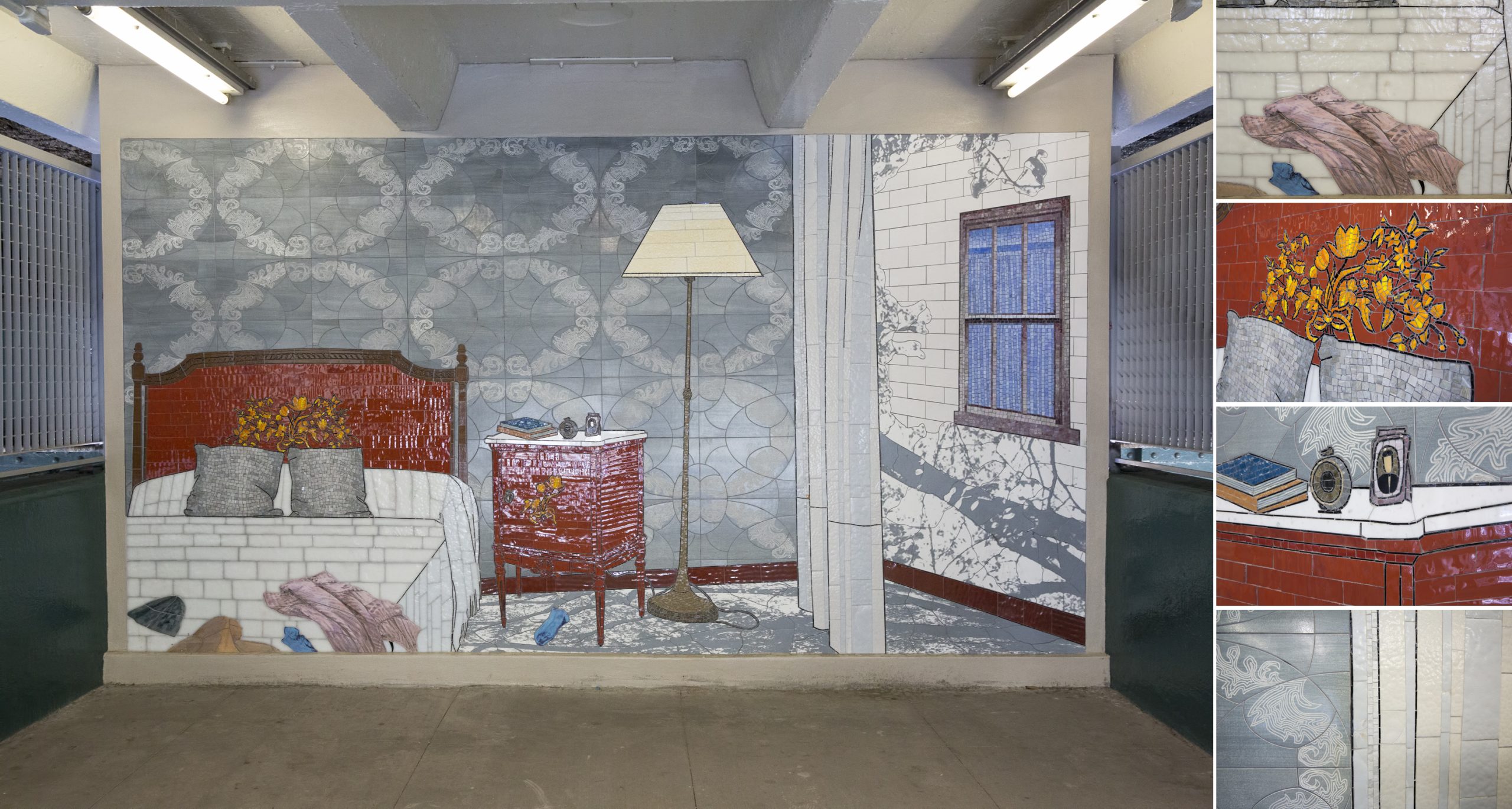 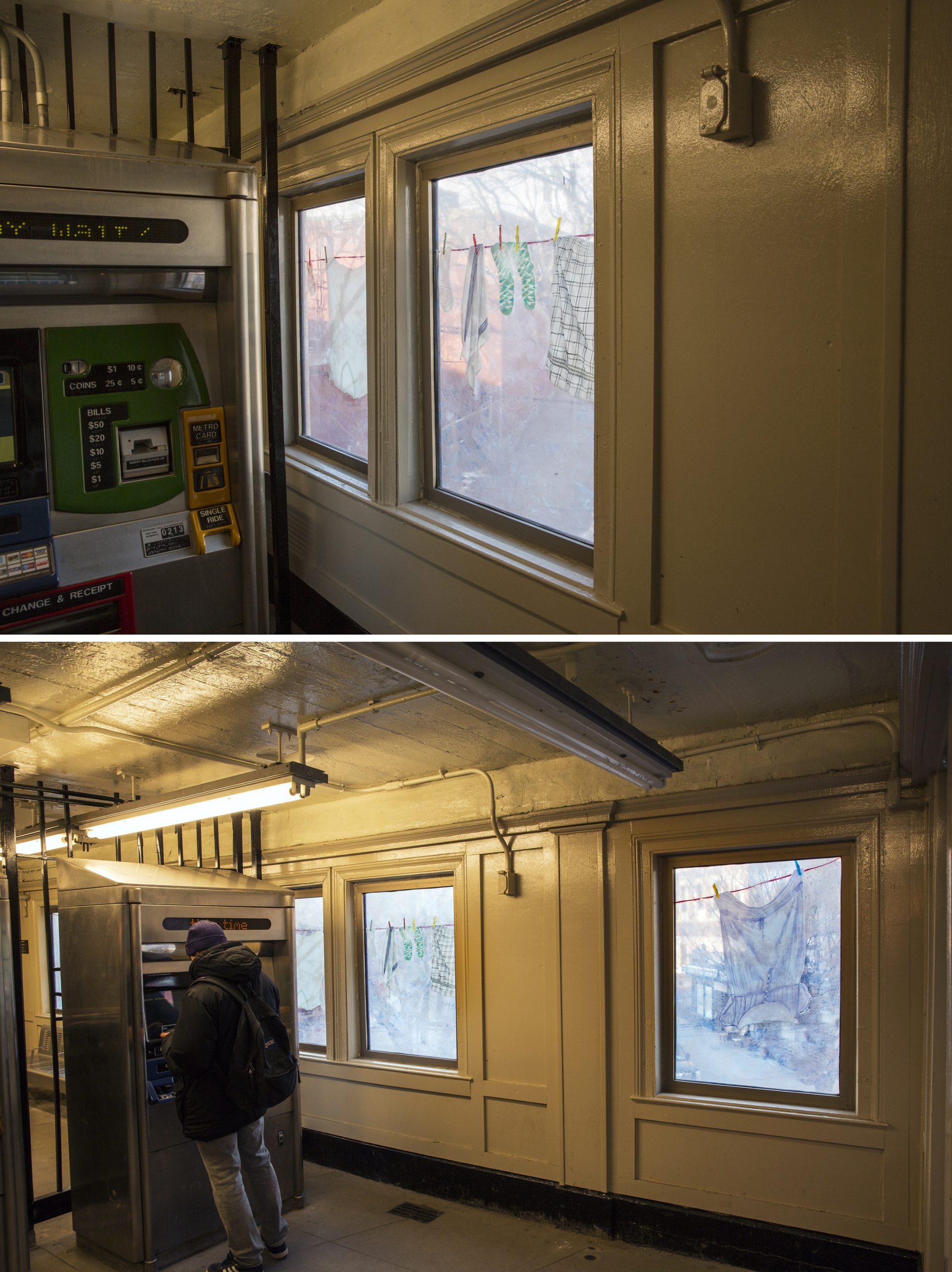 NYC’s MTA Arts for Transit commissioned a single project for three subway stations consisting of one mosaic mural of about 107 sq. feet was and twelve laminated glass windows installed at two adjoining stations. The challenge was to develop a central theme susceptible of being developed in a series of interrelated ideas and that would work in different media.

Dom (Variations) was selected by the community in Ridgewood, MTA Arts for Transit and members of the art world as part of a process of renovation and beautification of three subway stations along the M line. The project fully captured the spirit of the neighborhood and was fundamental to the process of creating a more pleasant environment for the daily users of the subway.

Dom (Variations) was developed in its entirety by the studio Franz Mayer of Munich, Inc. The artist Laura F. Gibellini worked closely with the whole team, which involved experts in mosaic, tiles, glass painting and programming. Many challenges were faced, including the use of recently developed media (like photoengraved tiles) the requirements of MTA Arts for Transit and the complexity of the artist's design-- which included the combination of highly precise and detailed sections with more loose and painterly ones. One can say, no doubt, that the collaboration was a complete success and that the understanding between the artist and the fabricator was seamless.