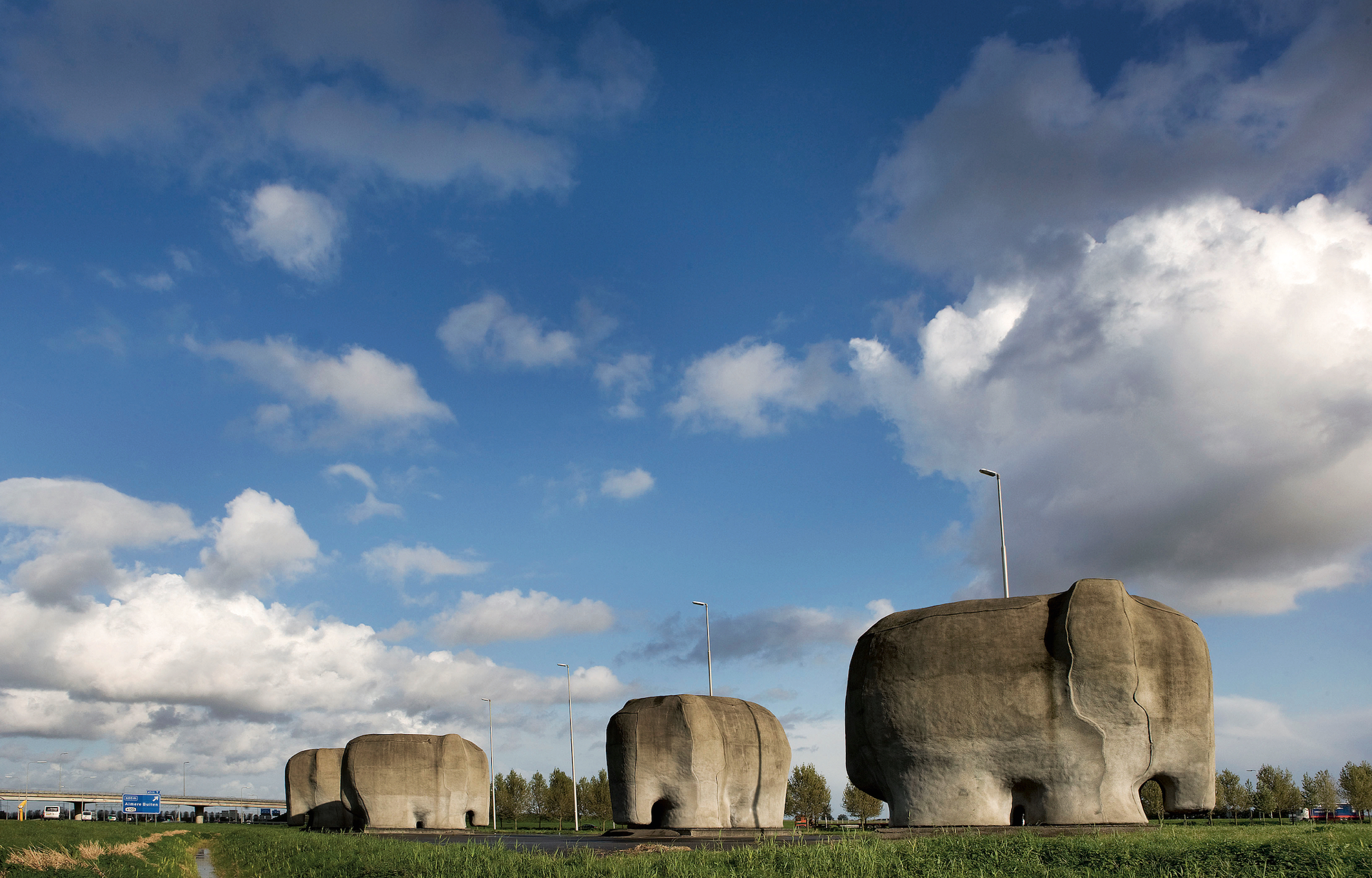 Dutch artist Tom Claassen (1964) has been active in the arts both nationally and internationally for more than 25 years. He is primarily known for his pieces created for public venues – not only in the art circuit, but also by the public at large. Almost everyone has seen his family of elephants along the A6 motorway in Almere or has stumbled across his two enormous sitting men at Schiphol Airport.

Claassen’s work is often positioned along the border between culture and nature and is firmly rooted in the sculpture tradition, while at the same time featuring an original, playful and personal touch. His works in public spaces, like the elephants, sparrows donning pearl necklaces in Haarlem and drooling dog in a Tilburg park, are endearing, in spite of their enormity. It is precisely this extreme magnification that creates an interruption in the landscape or urban cityscape, while the often soft and rounded shapes and awkwardness of the animal with its own weight invite us to caress them. But this proves to be deceitful, since the material that looks so soft and inviting is actually bronze. Likewise, those sculptures that appear hard and uninviting to the touch turn out to be made of rubber. The work of Tom Claassen can also be found in the collections of the Stedelijk Museum in Amsterdam, Kröller-Müller Museum in Otterlo, Centraal Museum in Utrecht, Museum Beelden aan Zee in Scheveningen, and the Gateway Foundation in St. Louise, USA.