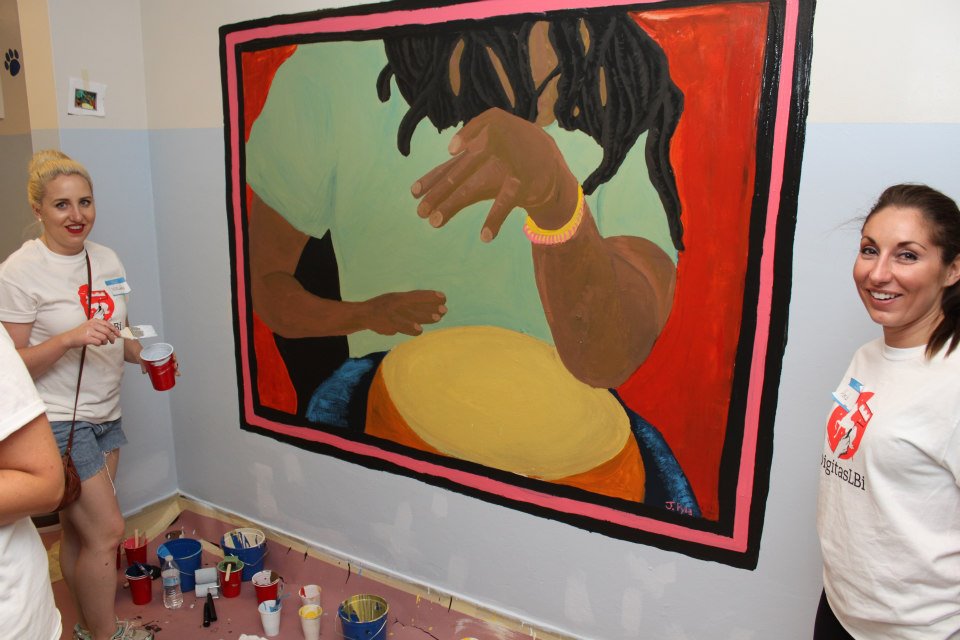 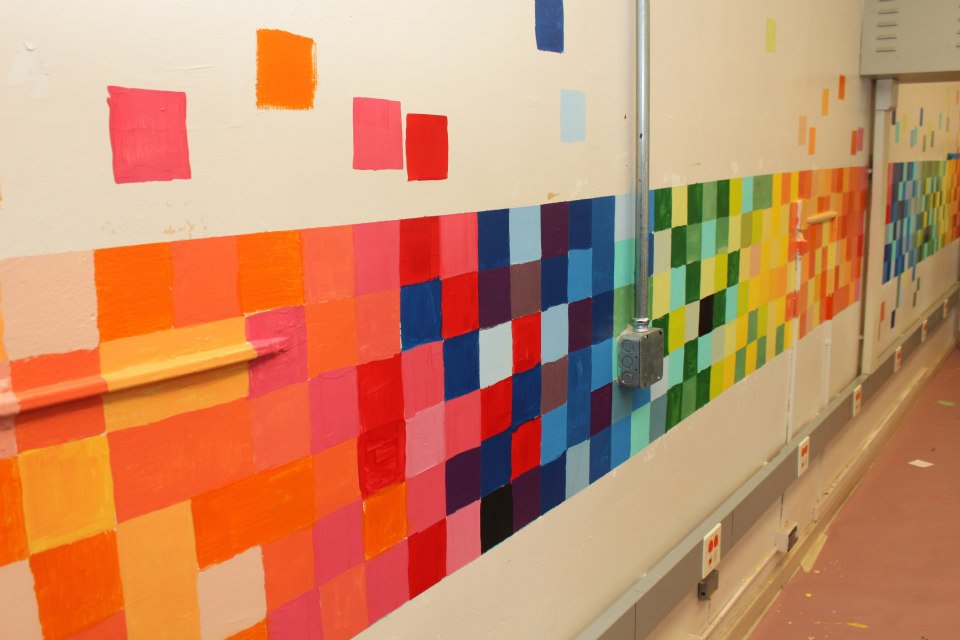 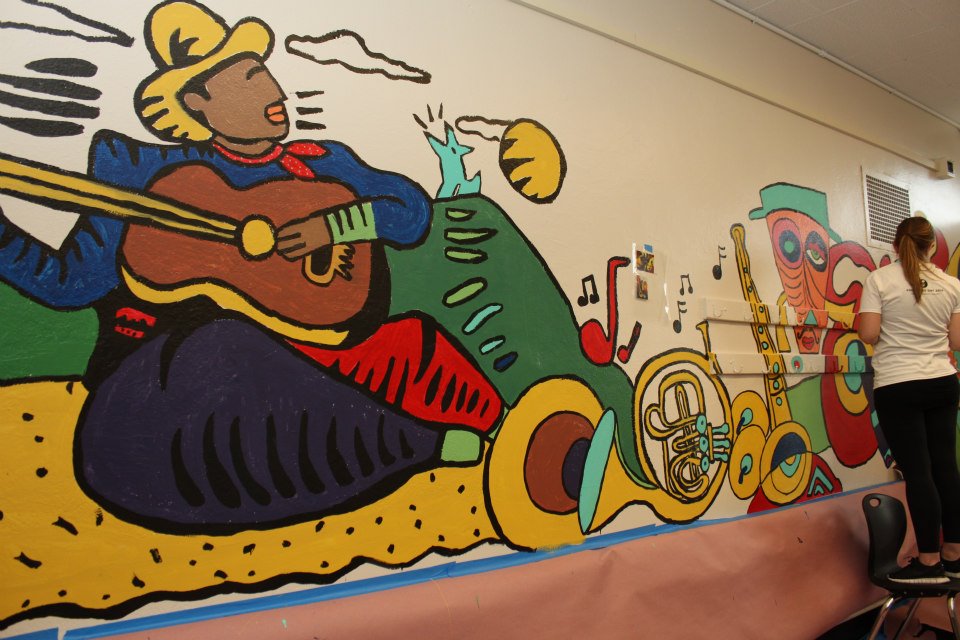 With help from CorpsGiving, an organization that coordinates volunteer events
between communities and employers, DigitasLBi transformed Lawndale Community Academy in under 5.5 hours and documented the process using a GoPro Camera. Volunteers painted three floors of hallways and classrooms, added murals and school logos to common spaces in an effort to bring a fresh face and renewed school spirit for the students and staff for the coming year.
Of the 463 students enrolled in Lawndale, 96% qualify for the free or reduced lunch program. The volunteers covered the cafeteria walls completely in healthy living themed fruits and veggies.

This is the second time in less than a year that DigitasLBi has closed its office doors
to send all of its employees to work a day transforming a Chicago Public School.
This past October, DigitasLBi revamped James Otis Elementary in the West Town
neighborhood to the delight of students and staff. Both DigitasLBi and CorpsGiving
believe that actions speak much louder than words. Active participation and direct
engagement builds human capital and fosters a philanthropic spirit and for both the
community and volunteers well beyond the actual volunteer event. Both years, Elizabeth Schneider, art liaison for Chicago Public Schools, drew the murals so volunteers could create from the perfect canvas. This year, Ms. Schneider drew out 32 murals and covered a 1,200 Square Footage of a cafeteria.

Ms. Schneider drew the murals over the course of five days, in preparation for the arrival of DigitasLBi Volunteers. CorpsGiving and Lawndale Community Academy Staff worked with Ms. Schneider to approve murals and get them on the walls of the school, which was previously an old historic Jewish community center. The murals covered outdated teal walls and cracked paint from years of neglect. The CorpsGiving staff made nightly runs to Home Depot to order paint. All murals were created in Behr Paint. The volunteers arrived and with their artistic abilities, they were able to execute the project seamlessly in less than five hours.

DigitasLBi's mission is to support education. They are a digital marketing agency that does not want to neglect the hands on approach to enriching a child's life or sprucing up a learning environment. The art team actually executed the auditorium mural with the school logo (pictured). Prior to the event, the school didn't have an official logo. Simply, "a panther." Lawndale Community Academy now has a state of the art facility and volunteers all have clothing splattered with paint. We see it as a badge of honor.