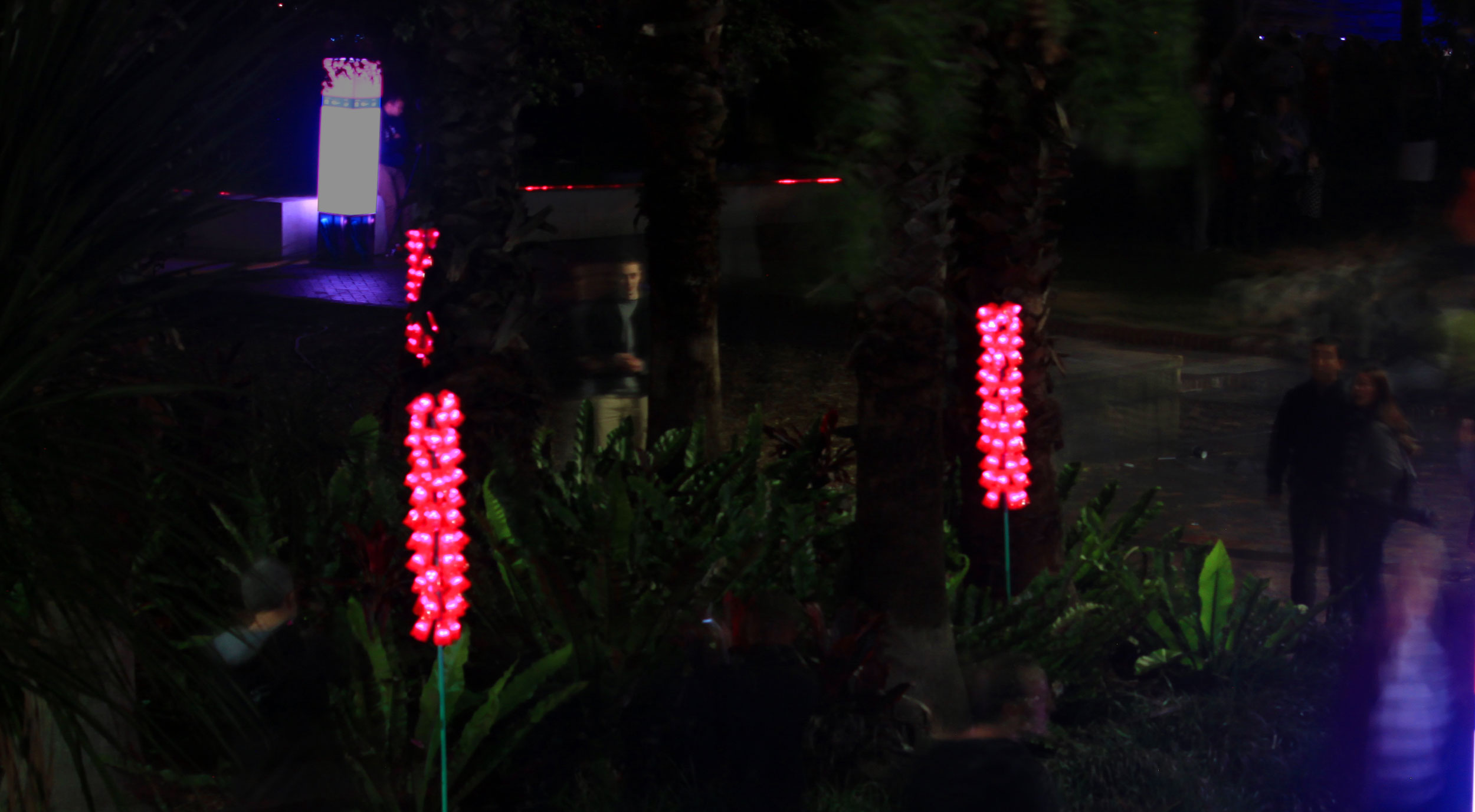 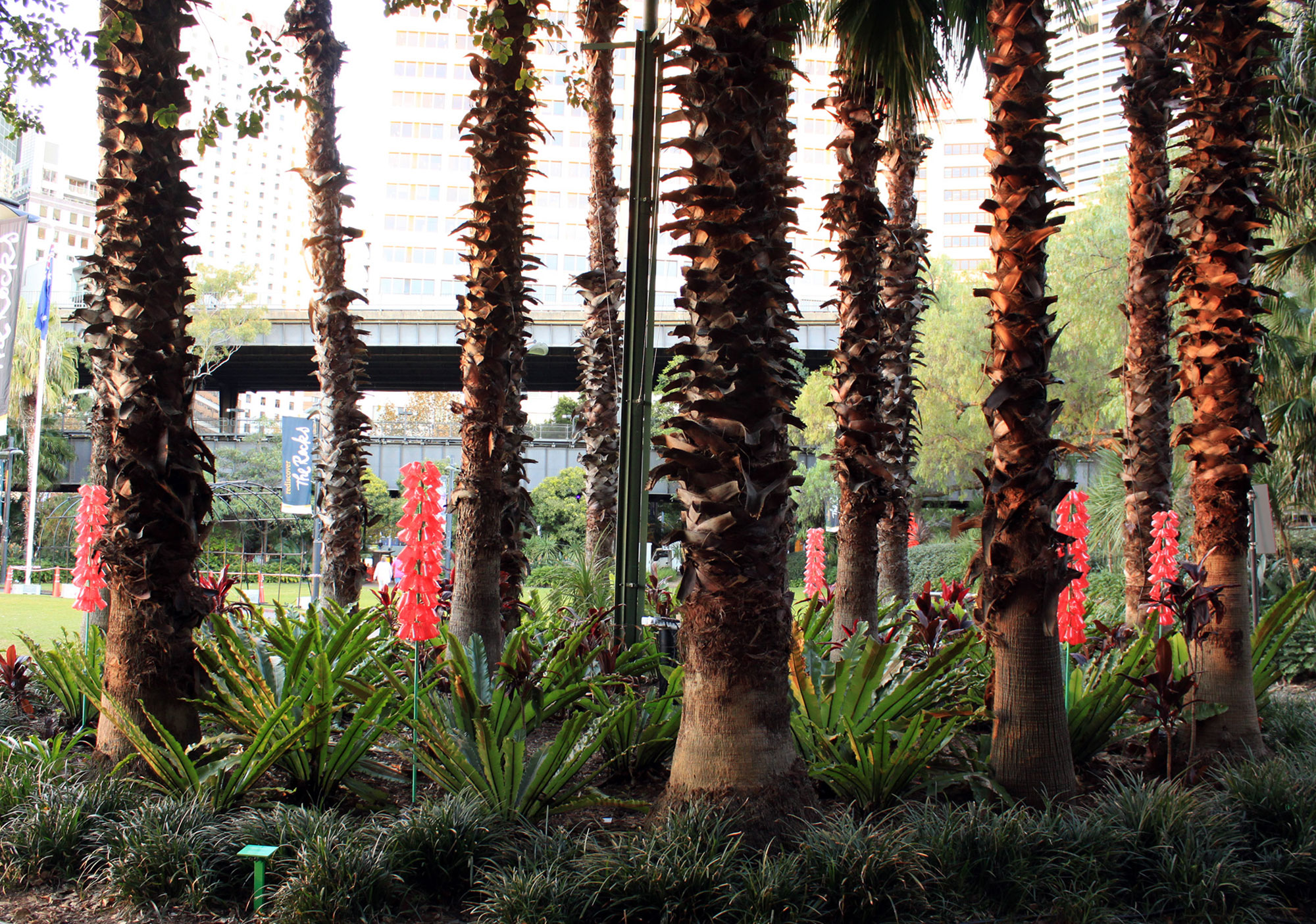 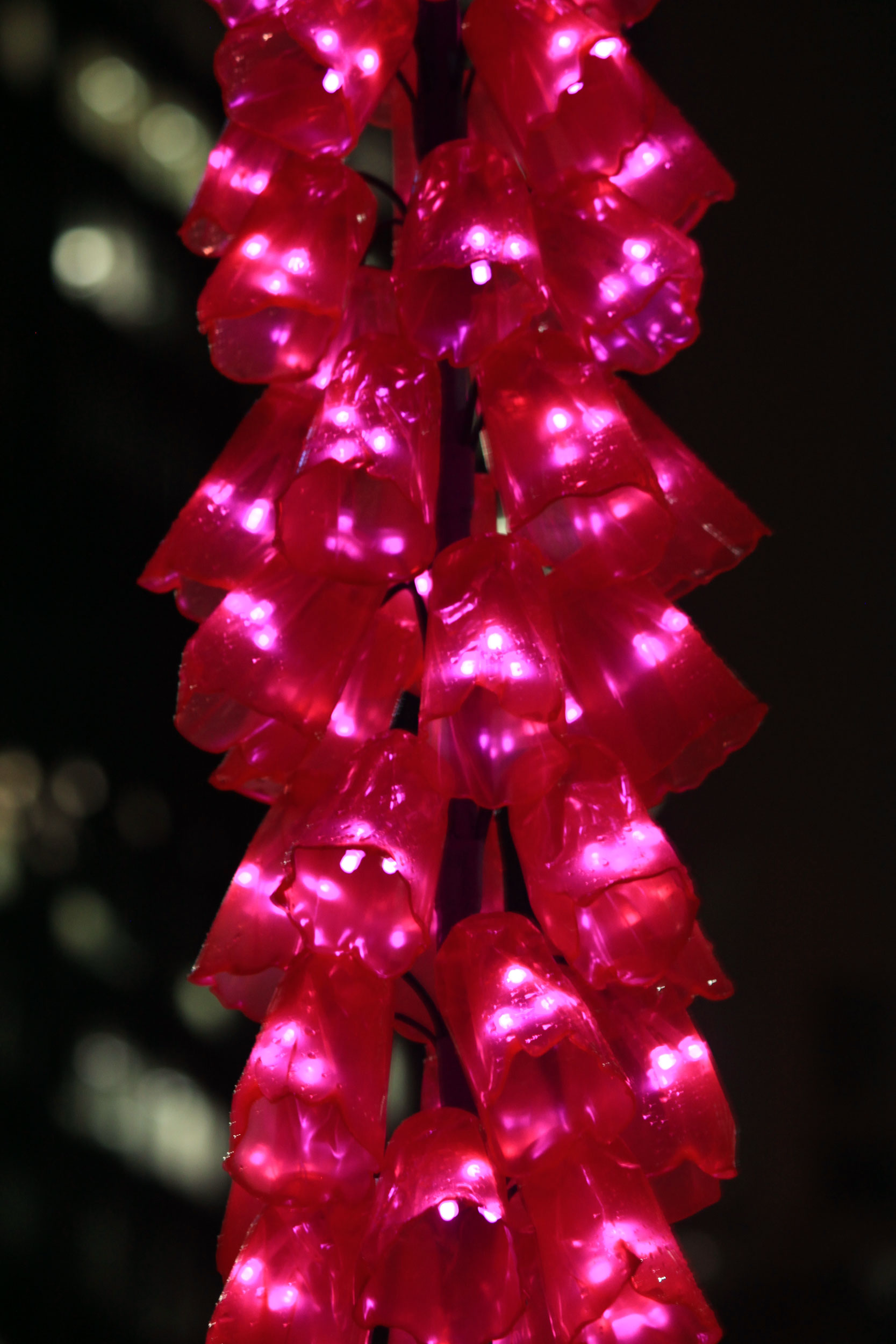 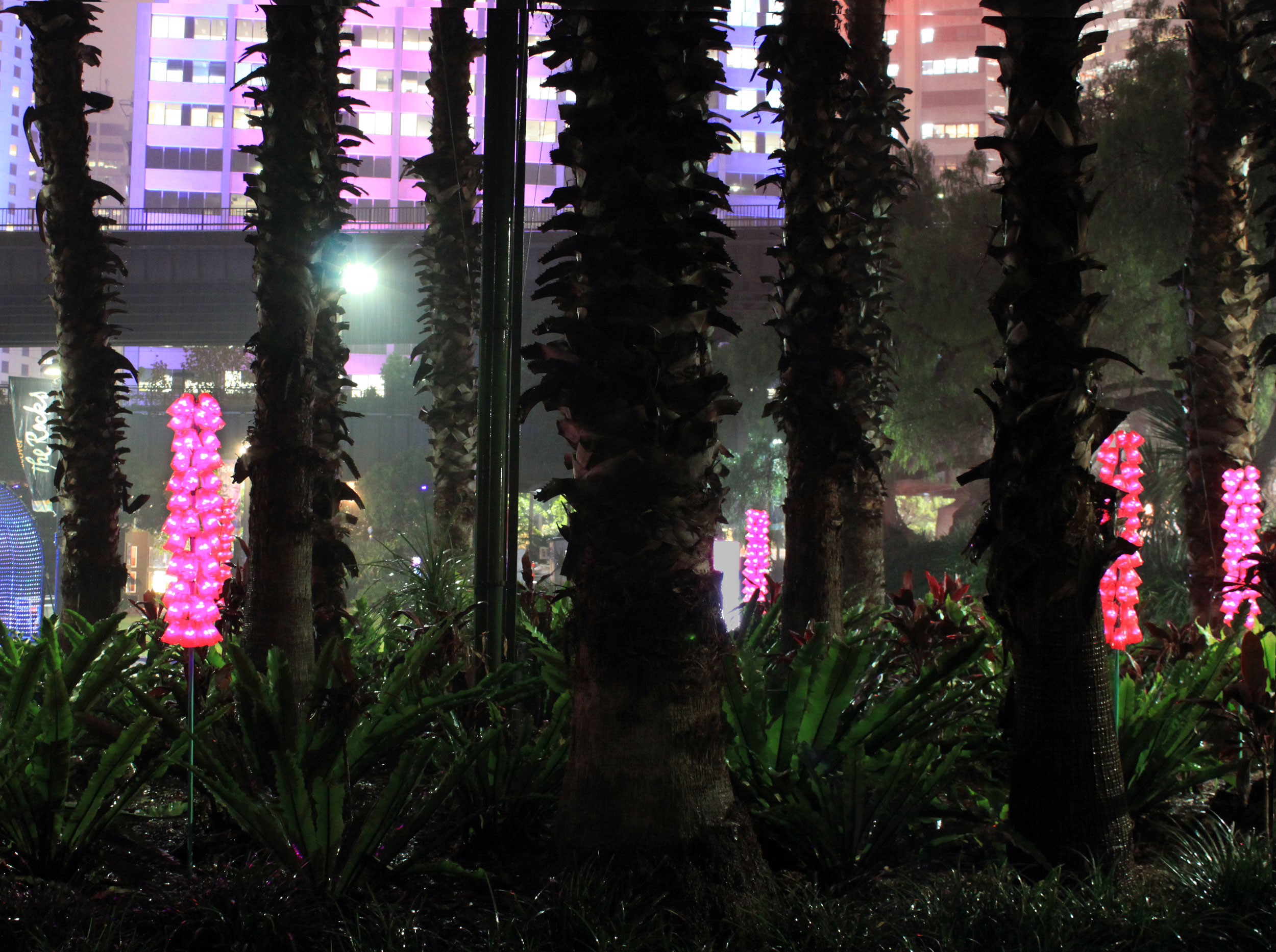 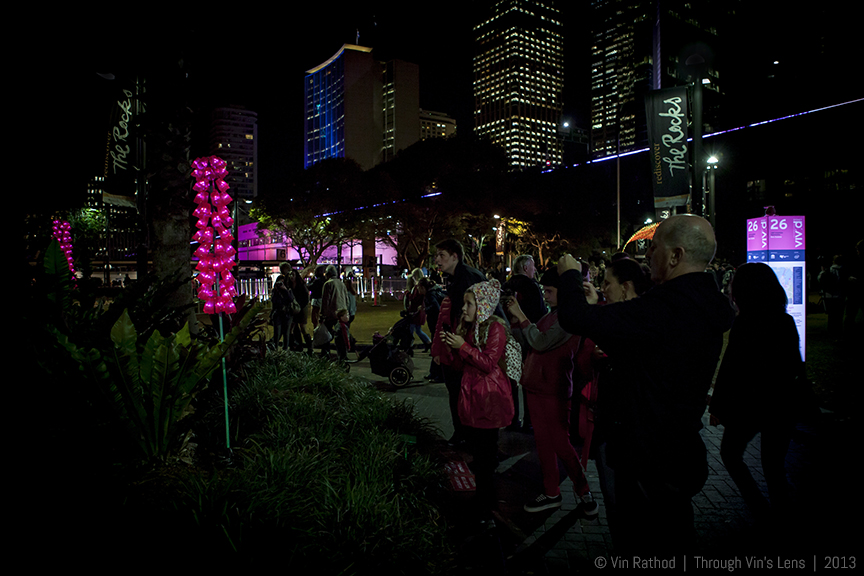 DIGITALIS was an interactive sound and light installation commissioned by Destination NSW for the Vivid Sydney 2013 light festival. The temporary installation was designed for an existing circular garden, within view of the Sydney Opera House. The installation used crumpled plastic cups and LED lights fashioned into ‘stamen’ to recall the flower-bells of the common Foxglove. Proximity sensors under faux botanical signs calculated participants’ distance from each plant stem: the closer an ‘intruder’ got to a stem, the louder its rattle, and brighter its lights.

The six DIGITALIS stems were positioned along the rim of the existing circular garden, to enable maximum interaction for passers-by. The scale and colour of the individual installation stems were designed to complement the colour and texture of the existing planting, which included redtails, palm trees, and native ferns. The intent was to blend the artwork into its surroundings by day, while allowing its bright pink hue to pique an audience’s curiosity by night. Custom pseudo-botanical signs incorporating ultrasonic sensors quietly blended into the garden bed, allowing the stems to invisibly ‘react’ to passers-by.

DIGITALIS was a collaboration between two architects, Rana Abboud and Ewen Wright. Rana was the designer responsible for the art concept and layout of the installation; while Ewen tended to the technical aspects, and built the rattle mechanism.