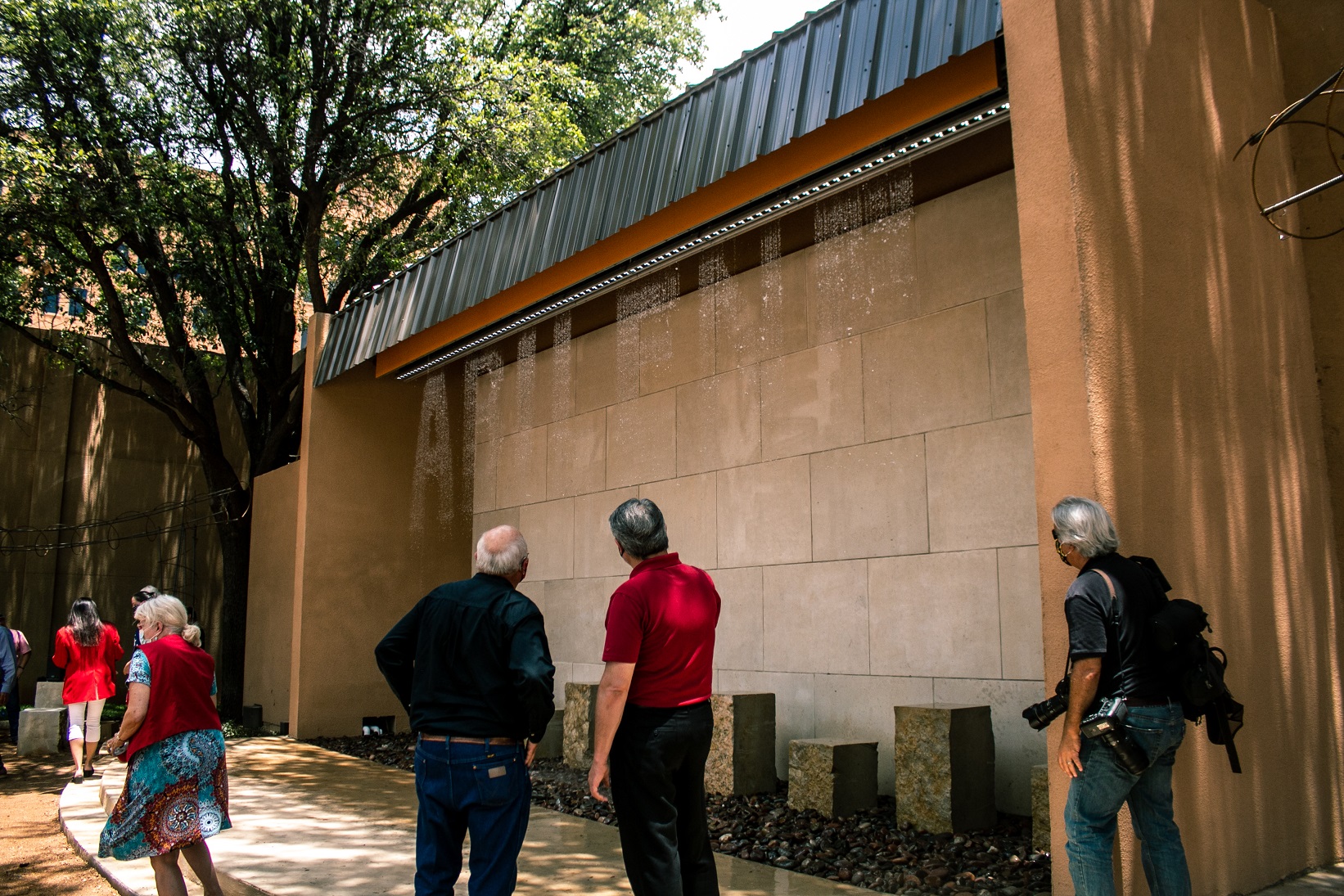 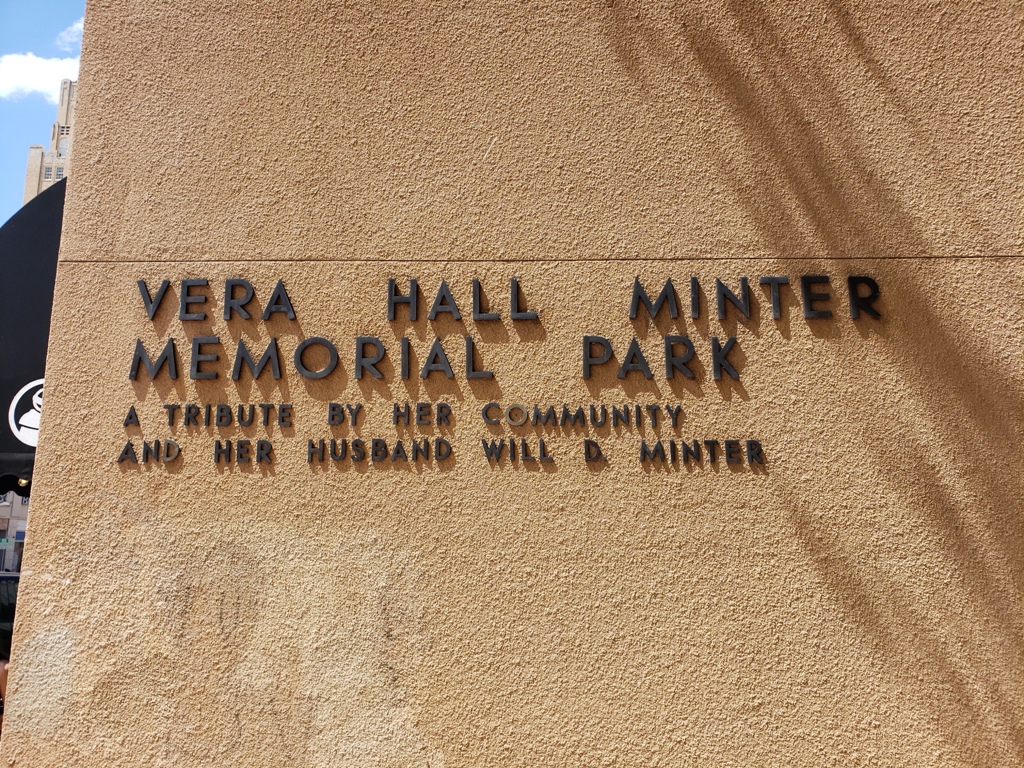 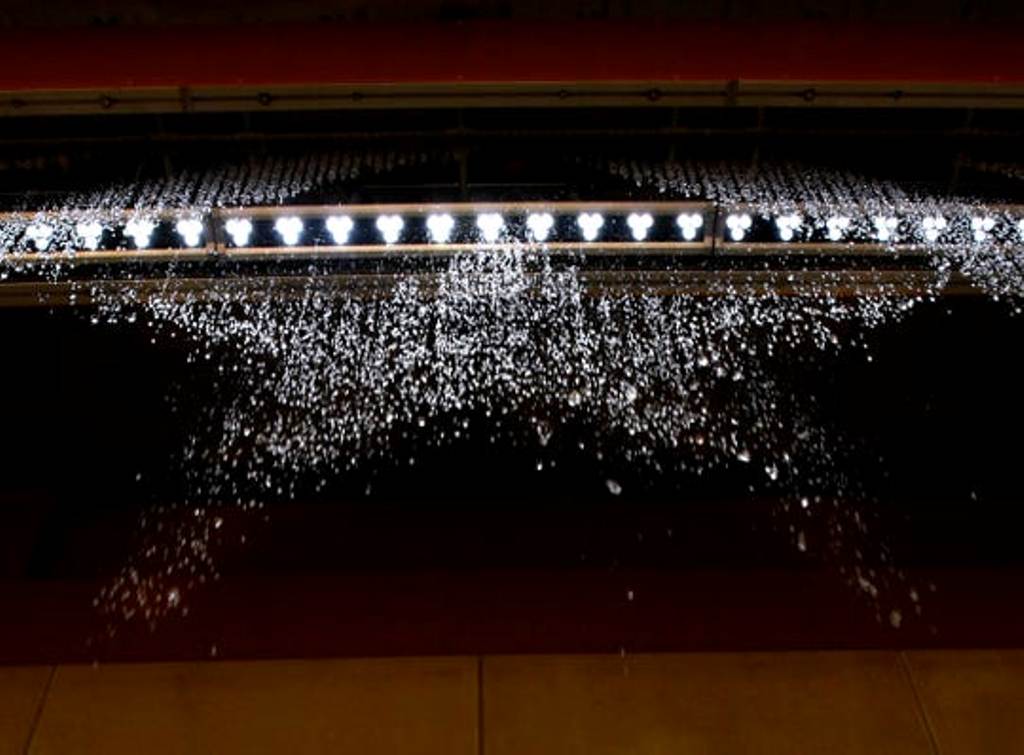 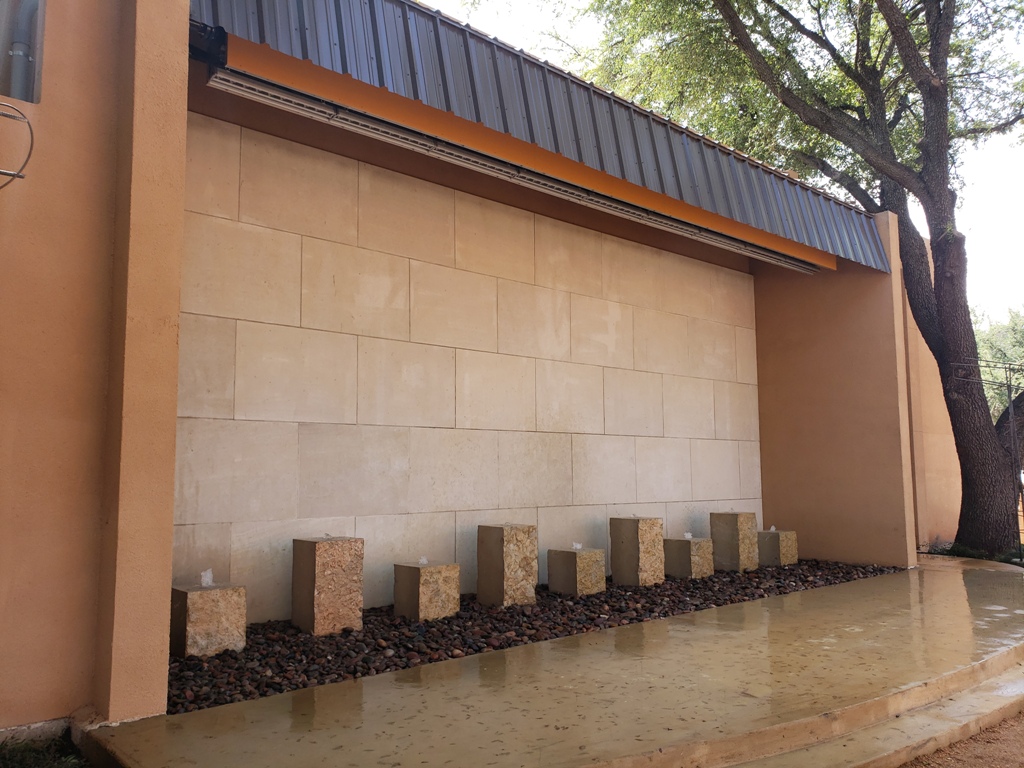 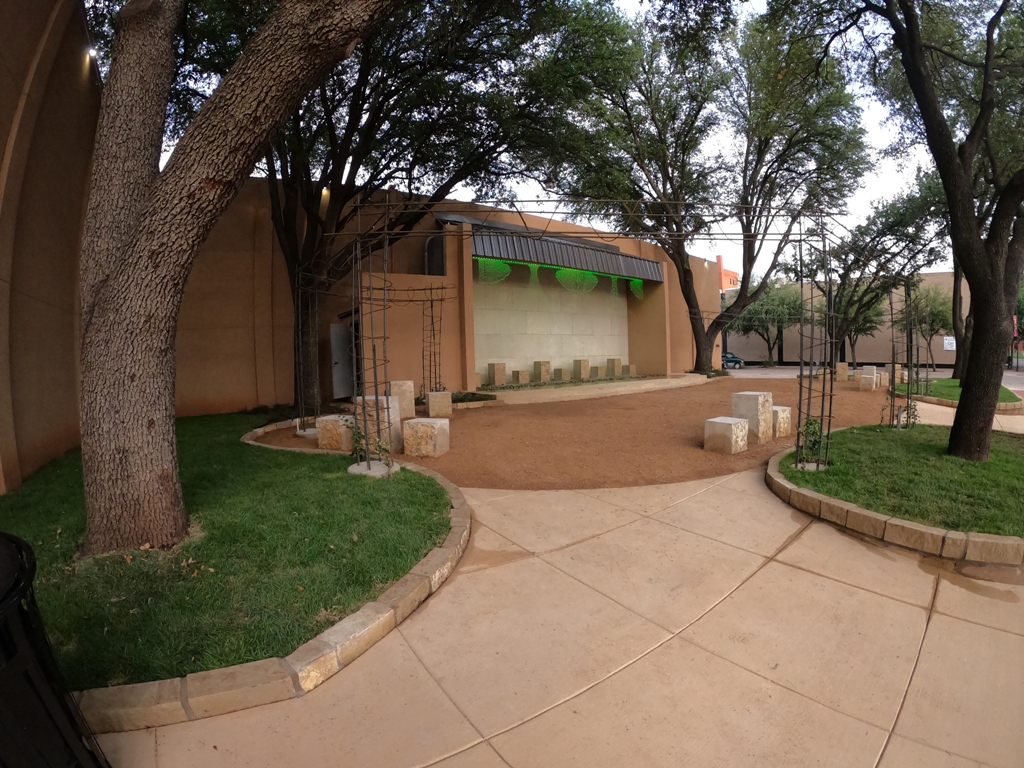 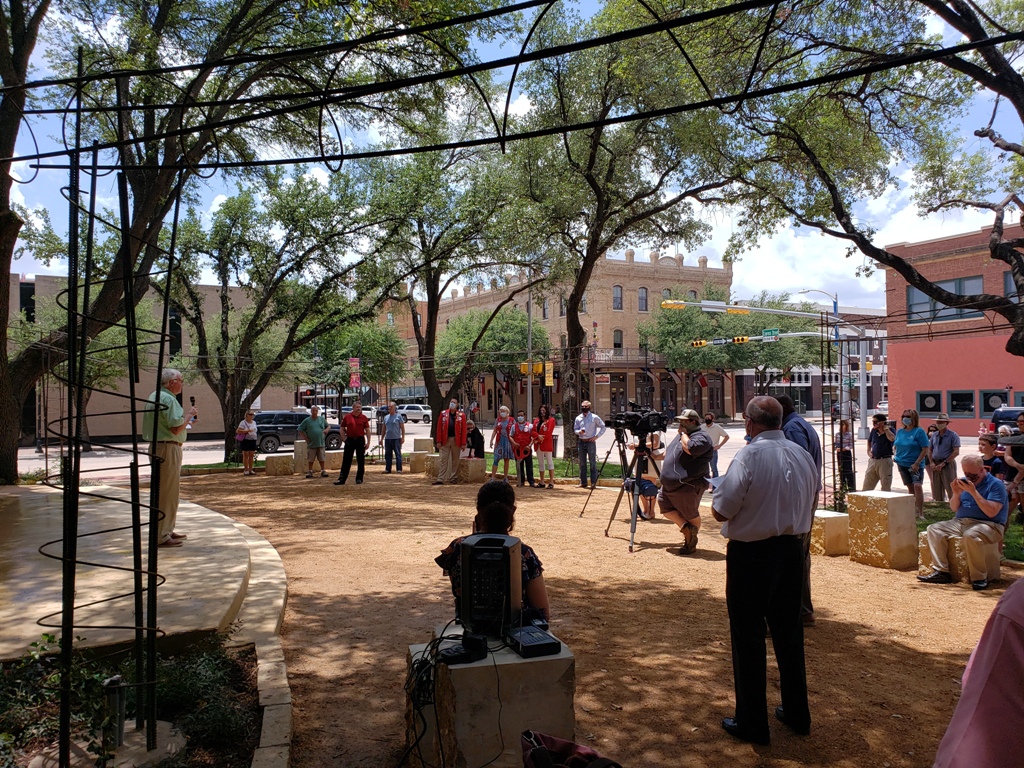 The site of Minter Park at the northeast corner of the intersection of North 2nd and Cypress Streets was originally home to the Fulwiler Livery Stable during Abilene’s pioneer days. The Queen Theater, designed by David S. Castle, was later built at the location, showing films from 1916 to 1966. The theater was torn down in 1974 to make way for the downtown park, dedicated to Vera Hall Minter in honor of her many years of community service throughout Abilene. Designed by architect James Tittle, the park was originally built with $35,000 in donations from approximately 4,000 Abilenians, and opened April 4, 1976. The July 7, 2020 reopening of Minter Park marks what would have been Mrs. Minter’s 111th birthday.
This ‘pocket park’ has been a central feature during recent holiday seasons for its bright-lit cheer and has been the site of untold gatherings, coffee breaks, memorial services and even political campaigns.

The City of Abilene recovers an important gathering place, keeping existing trees and the overall feel of being a memorial park while becomes more user friendly so that those in wheelchairs and walkers can have better access.
The newly renovated Minter Park now showcases what is currently the largest permanent outdoor Digital Water Curtain of its kind in the United States.

Funding for the renovation, comes from a combination of sources, including private fundraising, TIRZ funds, grants and Minor Improvement Project funds from the city.
The 30' long computerized water curtain is the main attraction of the park, replacing the previous water feature that was a flowing curtain that had deteriorated over the years due to weathering and use. The new water curtain is lighted from above by color-changing LED lights and can redirect the water to form shapes and words, falling on a river rock bed backdrop. When the Digital Water Curtain is off, then automatically 9 limestone “bubblers” will form to ensure that there always will be water flowing in this space. A limestone wall behind the water curtain serves as a backdrop/projection wall. This set up creates a stage that will allow a band or one-act play to have a downtown venue.
Tree lighting is another outstanding park's feature, made possible by a grant from Texas Commission on the Arts in partnership with the city and Cultural Affairs.

Other improvements to the park include a limestone backdrop for the water curtain, multiple handicap-accessible entrances and improved mobility through the park, a small stage, multi-purpose limestone pedestals that can be used as seats or small tables, cafe style tables, and grass areas for relaxing.