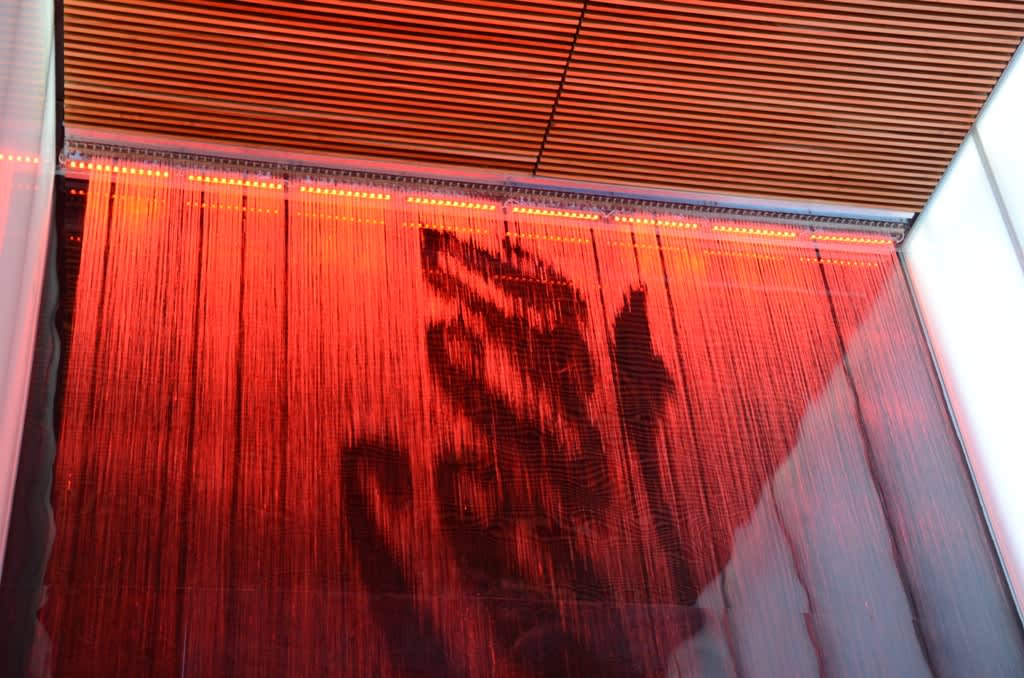 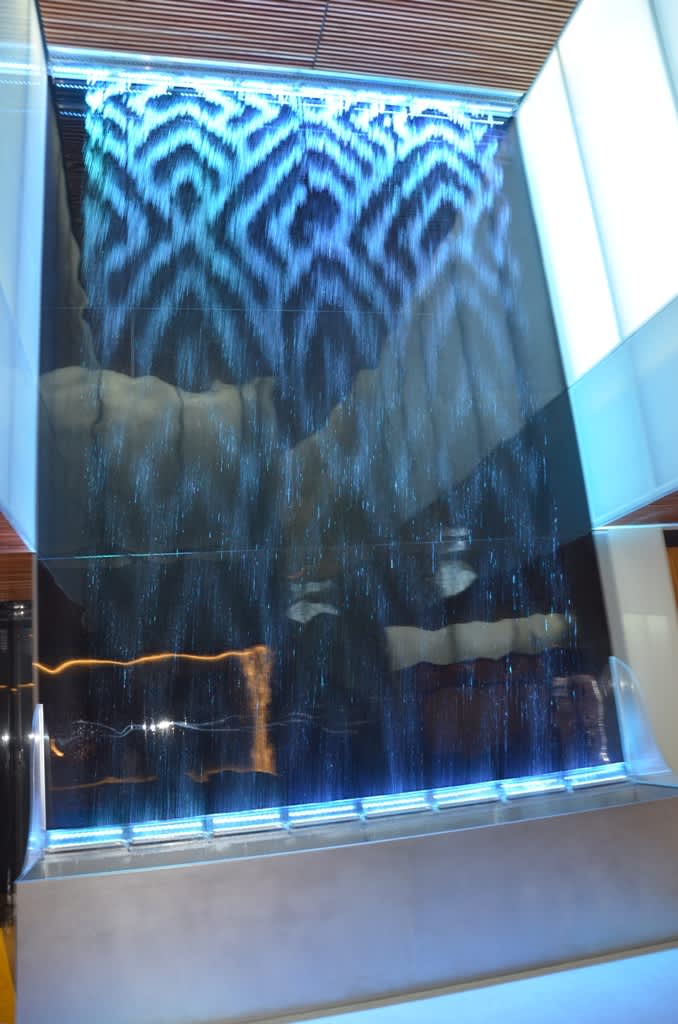 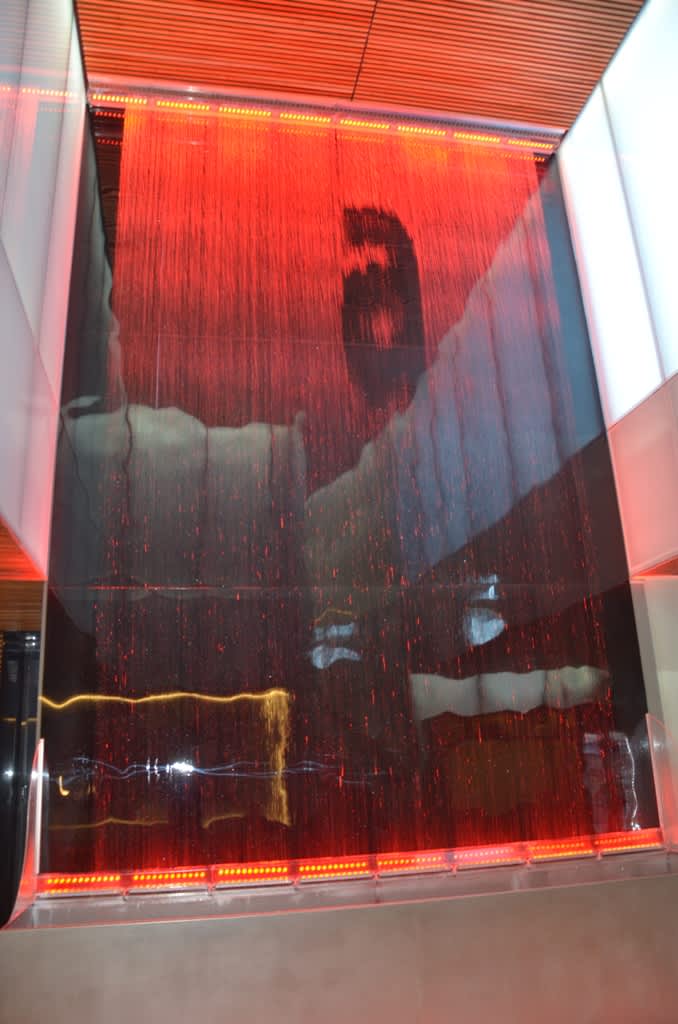 The Coca-Cola headquarters in Madrid have been renovated by Tétris in Spain, the Design & Build area of JLL, following a modern dynamic work model without offices or architectural barriers. This layout of collaborative spaces based on participatory environments creates thus a horizontal communication system open to creativity, which captures the essence of the brand. The 25’ high Digital Water Curtain placed in the central lobby stands out, surprising the visitors by displaying an appealing and colorful tapestry of falling water patterns, texts and the brand’s corporative logo.

The Digital Water Curtain in this project makes no mechanical noises: it is specially adapted to be placed indoors in a working environment. This waterfall is placed close to the reception desk where the company staff is working all day, greeting visitors, answering phone calls and performing many other daily tasks which require a noise free environment.The Digital Water Curtain is fully integrated into the ceiling above forming part of the existing architecture and becoming an iconic element in the lobby space. The high waterfall creates a smooth rain sound and a relaxing atmostphere while weaving evolving eye catching water shapes colorfully lighted with RGB LED illumination from both ends of the water curtain.

The collaborative process was successfully developed following Tétris’s working schedule for all the companies involved in the construction. All teams developed their part in the time frame given, allowing the refurbishment process to flow efficiently in a very professional way. The Digital Water Curtain was installed in just one week, at a working height of 25 feet, including the piping and filtration system. A catwalk structure was erected at the back of the Digital Water Curtain to allow easy access and future maintenance of the overhead equipment. Once all the construction in the lobby area was completed, Lumiartecnia performed the start-up and fine tuning of the Digital Water Curtain, designing the falling water patterns and liquid graphics in coordination with the client. The water is at all times filtered and recirculated from a noiseless pumping system which takes the water from a tailor made stainless steel basin, placed below the water curtain, adapted to cushion the falling droplets so there is no splashing or noise disturbance in the area.