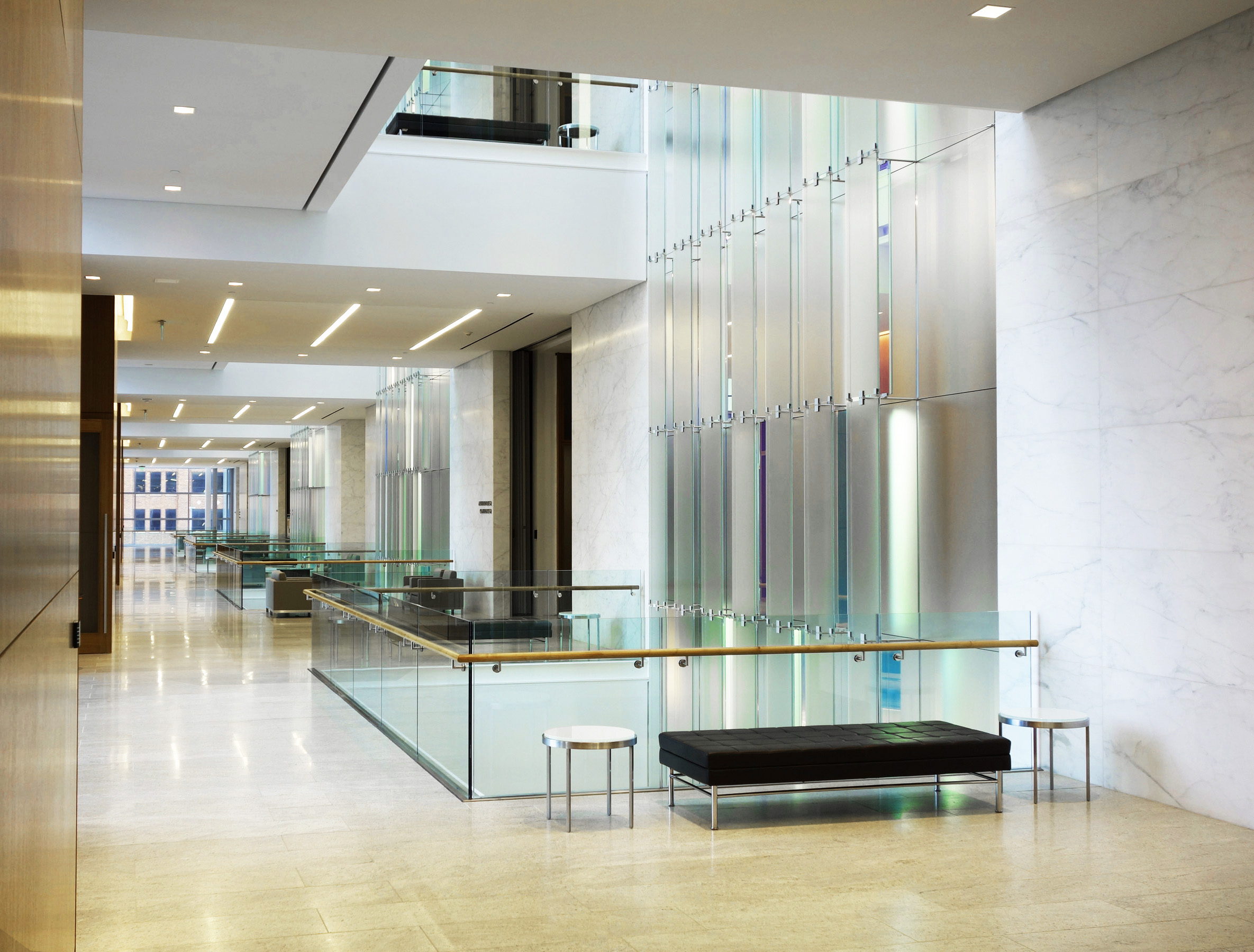 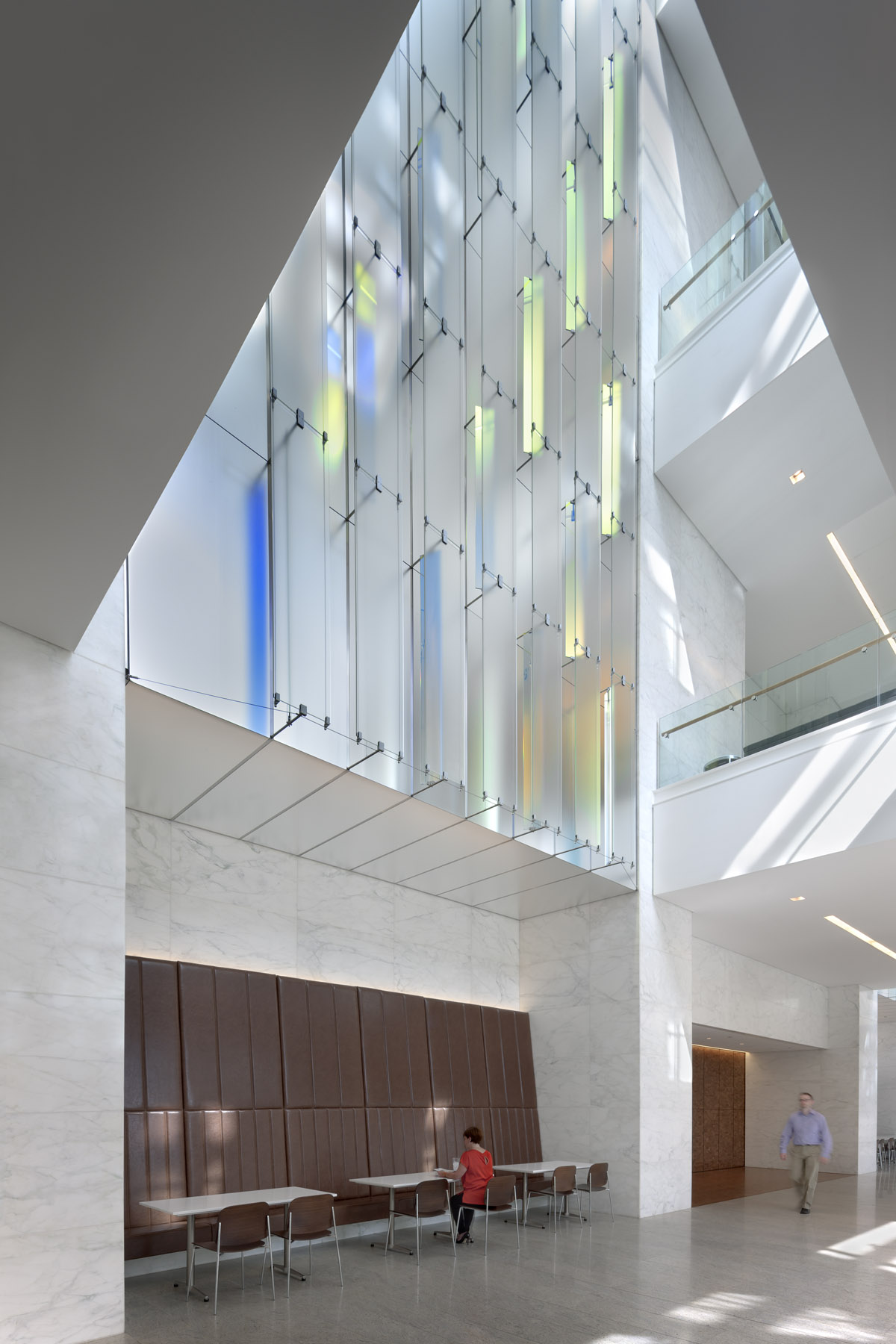 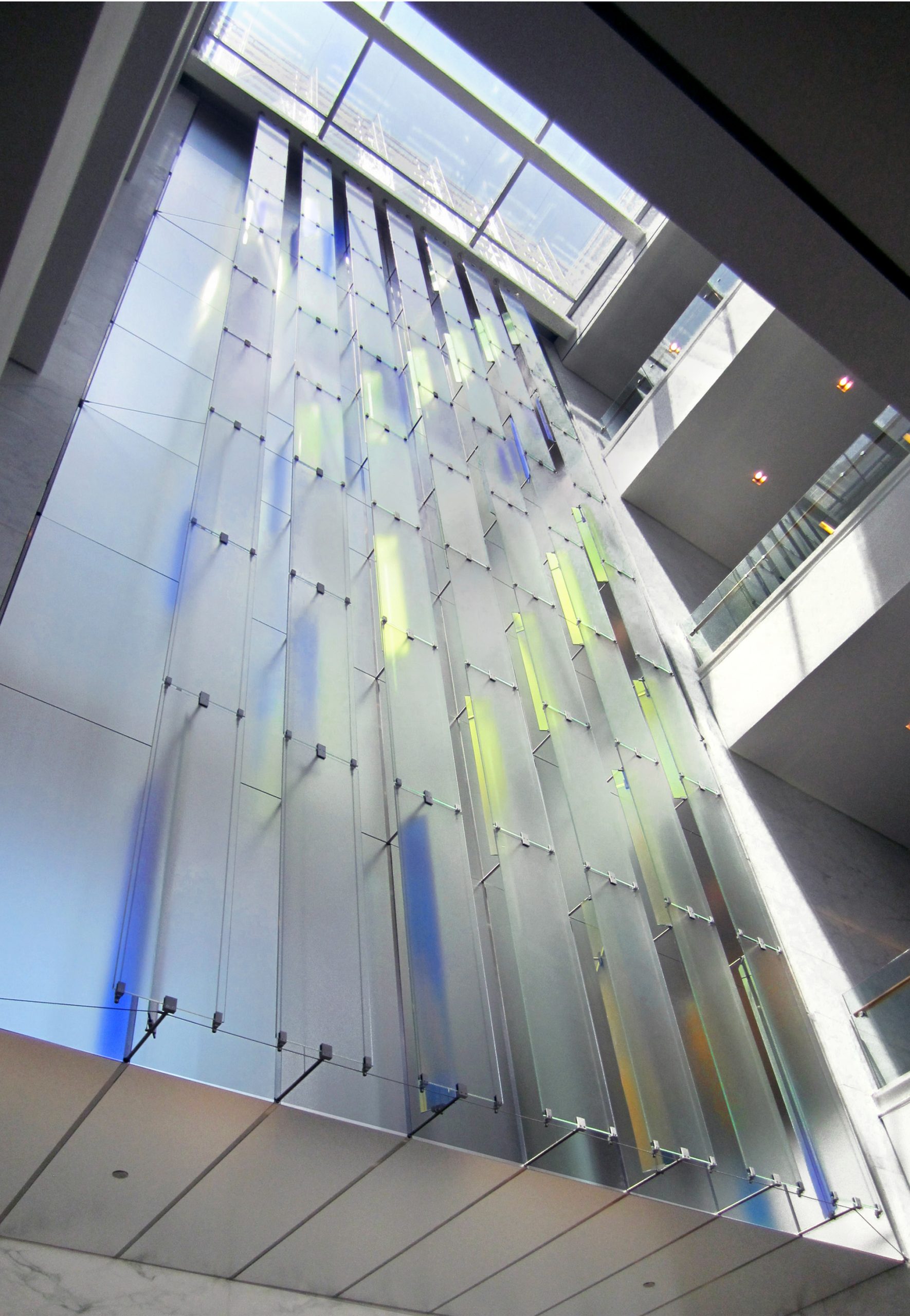 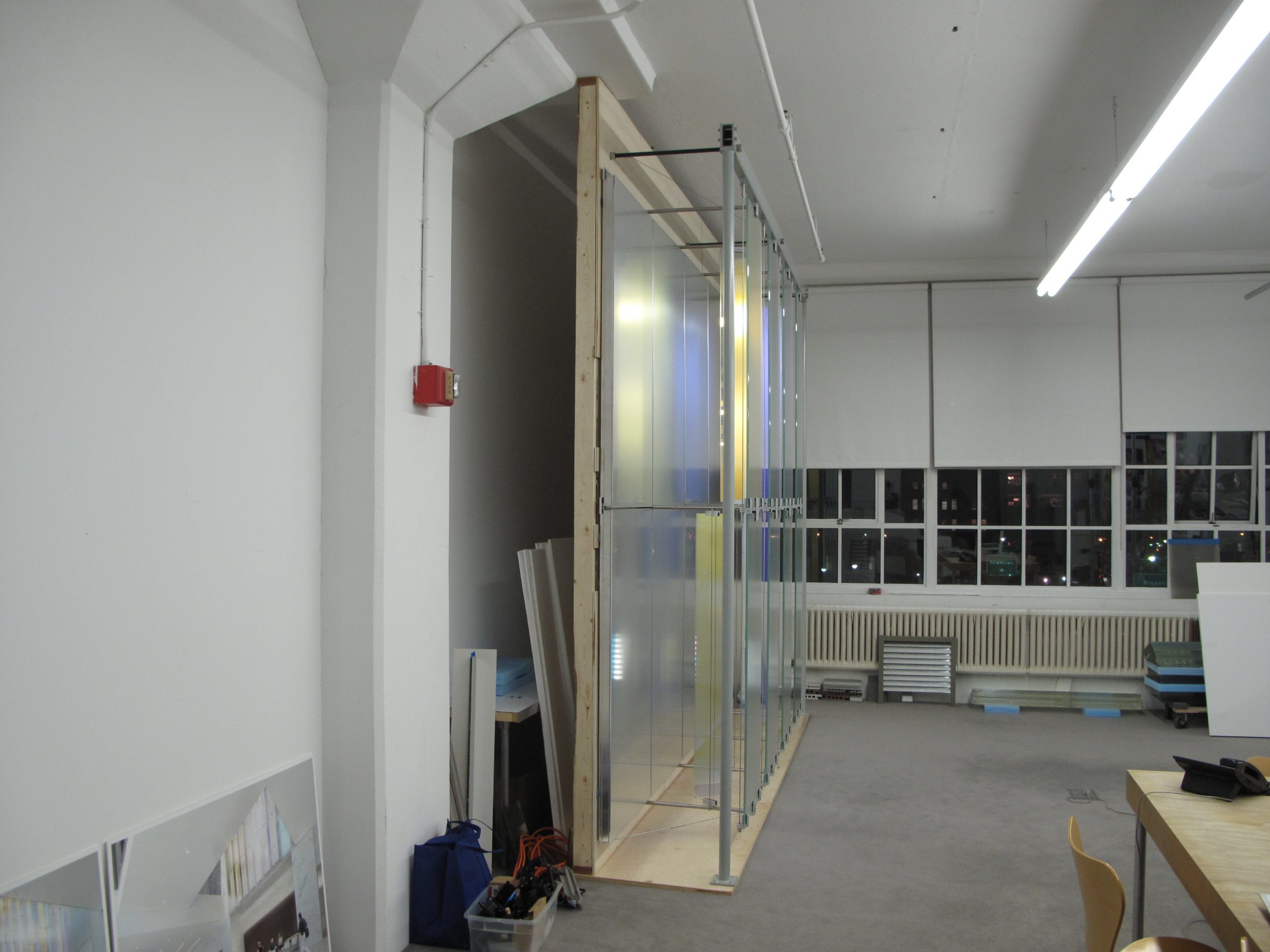 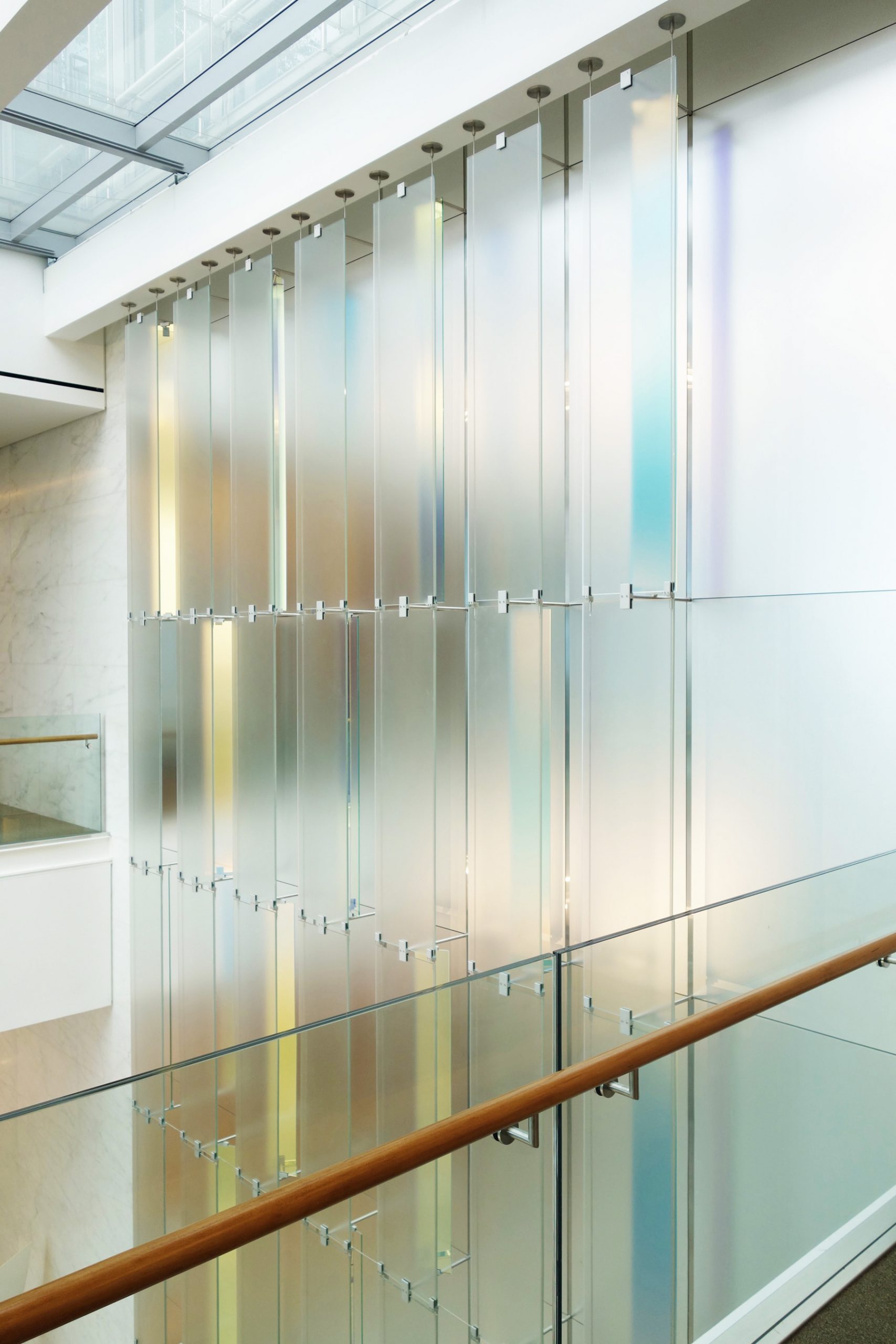 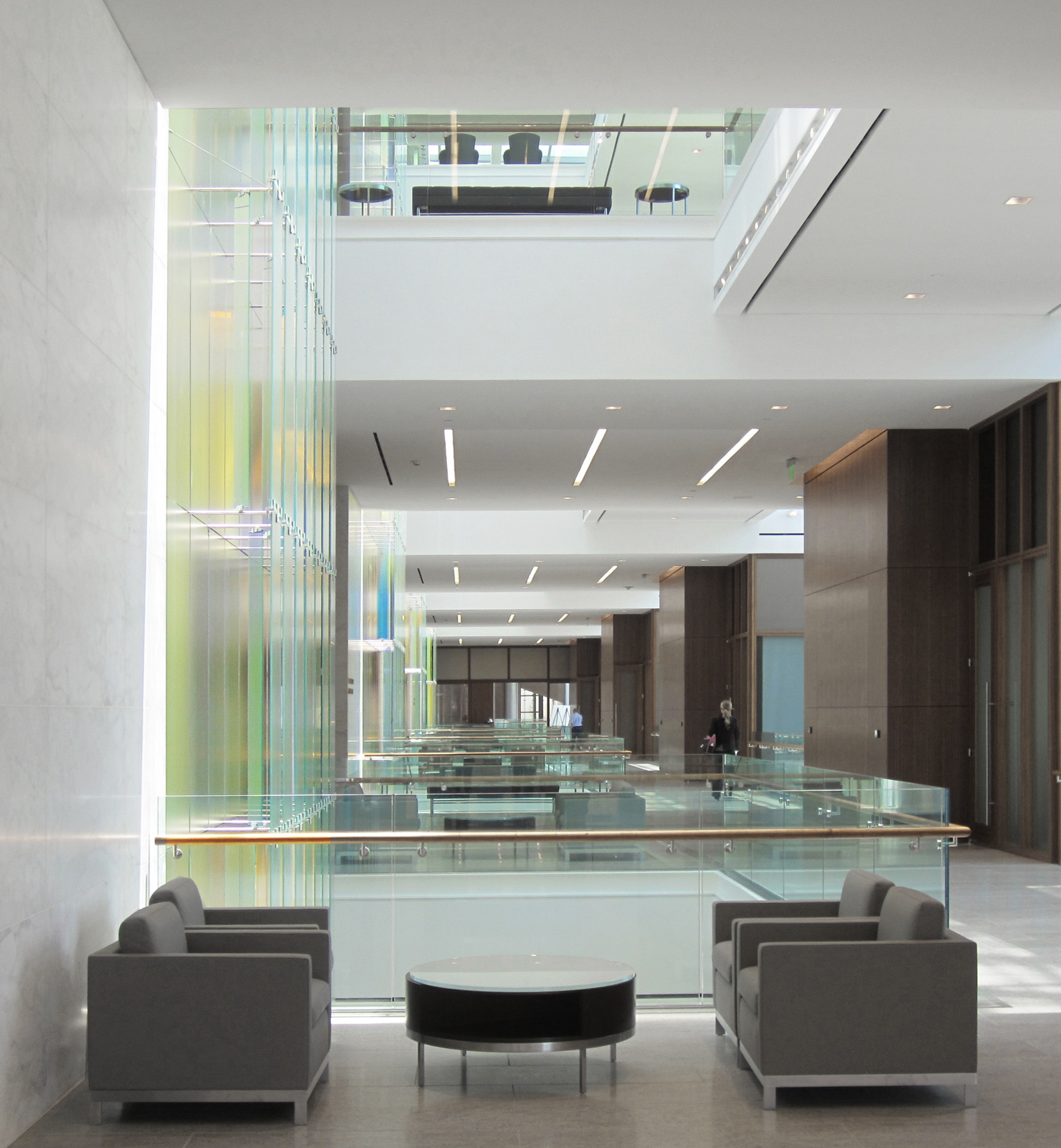 The passage of the sun across the Great Plains is embodied within the skylit artwork’s shifting volumes of light, color and reflection.

The four art walls, each 60’ high x 23’ wide x 2’ deep, are distributed along the 3000’ long Garden Wing, each centered below skylights to capture the temporal passage of the sun’s direct and indirect light.

Animating and unifying these multistory interior corridors, the artwork supports the goal for a public space fostering interaction among the 54-story tower’s occupants, the vertical arrays are observed at each level articulating both the horizontal and vertical circulation of the wing while presenting a highly responsive volume of Oklahoma’s diurnal and seasonal qualities of light.

Almost cinematically transposing the vastness and dynamism of Oklahoma’s skies, the artwork connects us with a collective sense of nature’s presence.

The walls are comprised of a series of vertically oriented layers: acid etched glass panels; dichroic glass blades; and a background layer of highly reflective diffused aluminum panels. As light illuminates the various layers, there is an interplay between the diffusing materials and the suspended vertical slivers of ever shifting colored light of the dichroic glass. The layers appear to collapse or become volumetric dependent on the various views of the observer. The walls are a constant reminder of the temporal presence of light.

As in all our projects, and a necessity for work integrated into the architecture itself, we worked hand in hand with the design team. Drawings, renderings, physical scale models, full scale mock-ups and digital modelling were extensively used to establish the form, its performance and feasibility.

The structure, including the cantilevered glass is carefully engineered to almost disappear. All parts are custom machined and fabricated and the installation, as in all our projects was overseen by us.