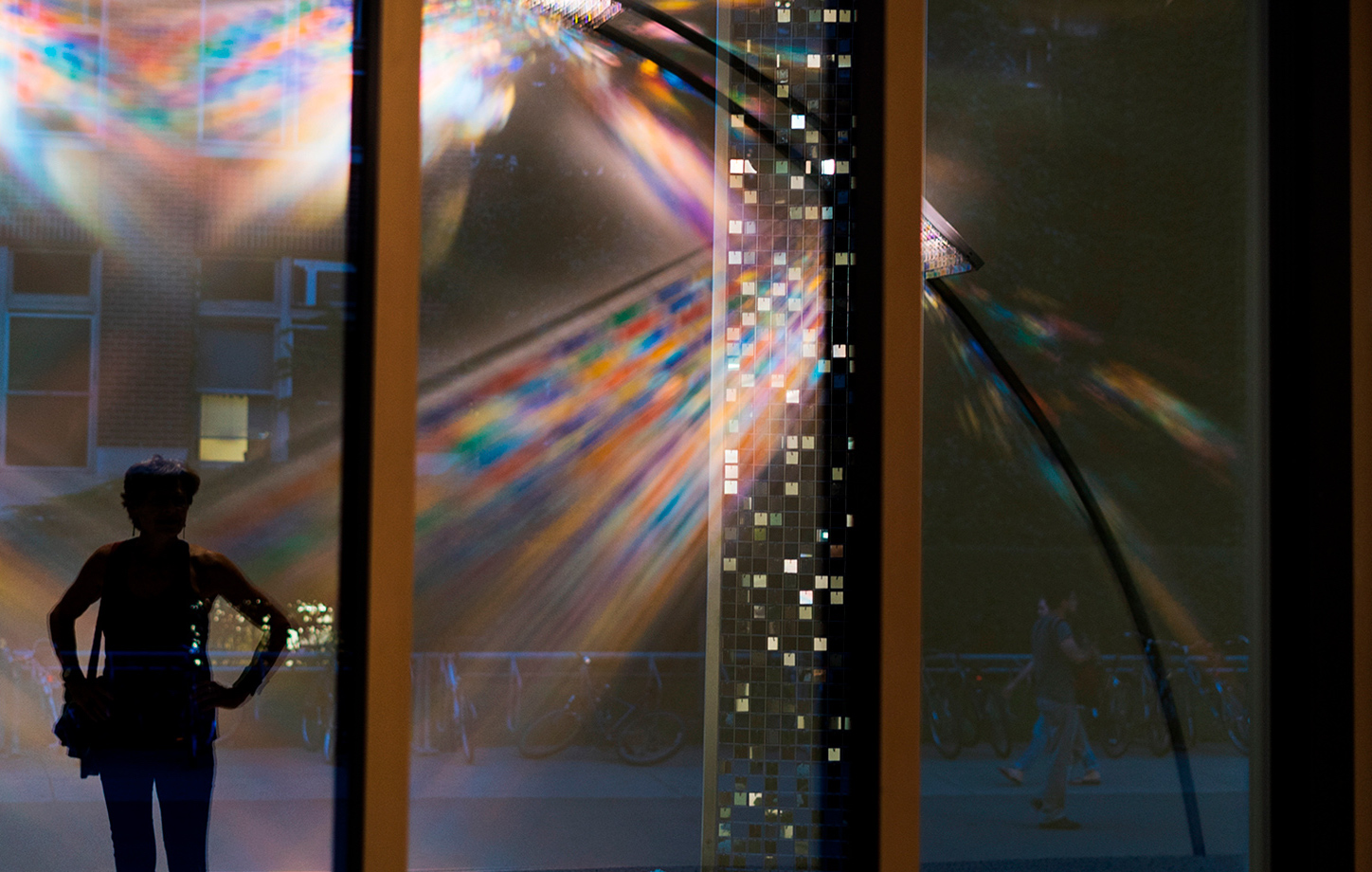 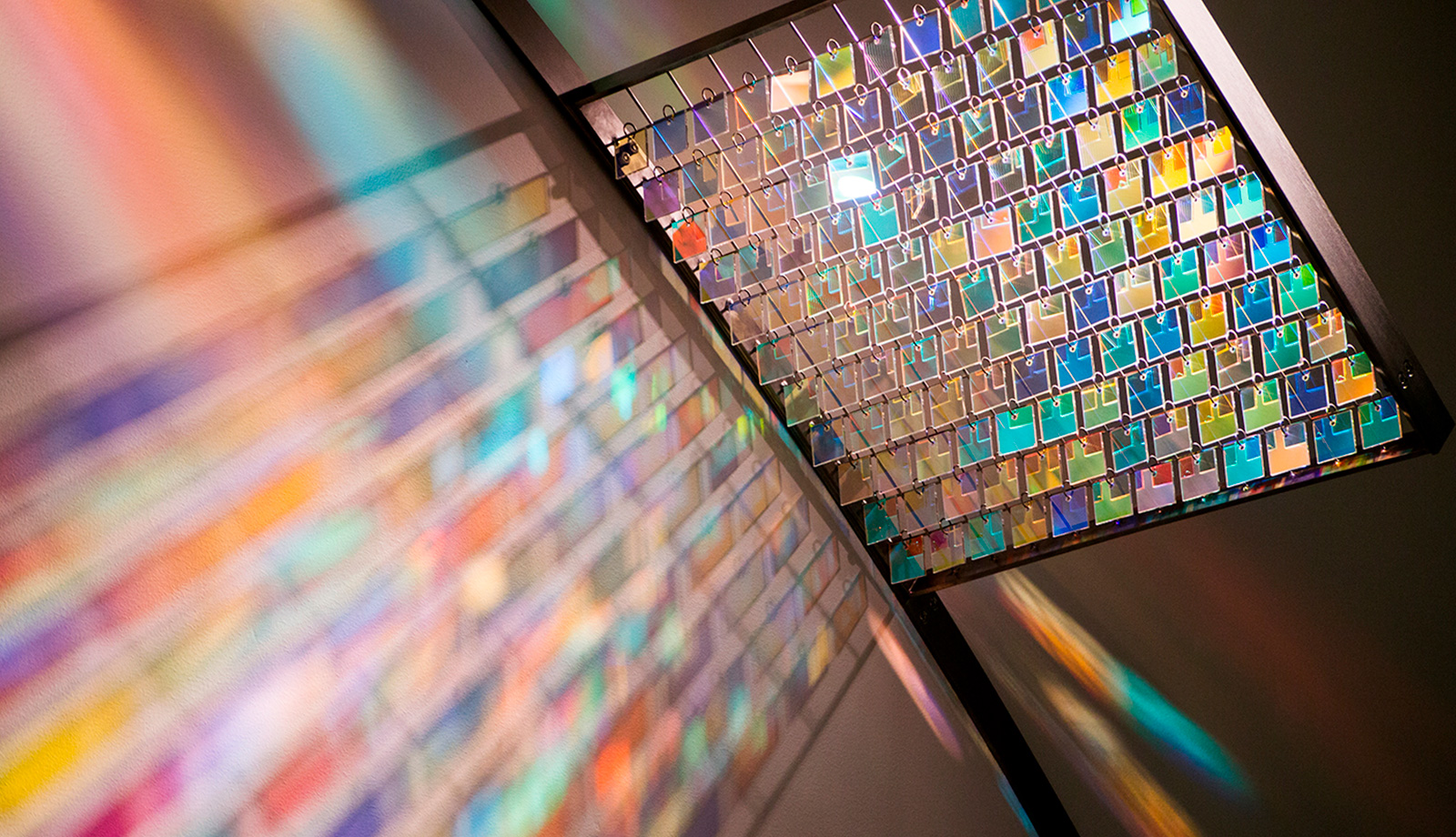 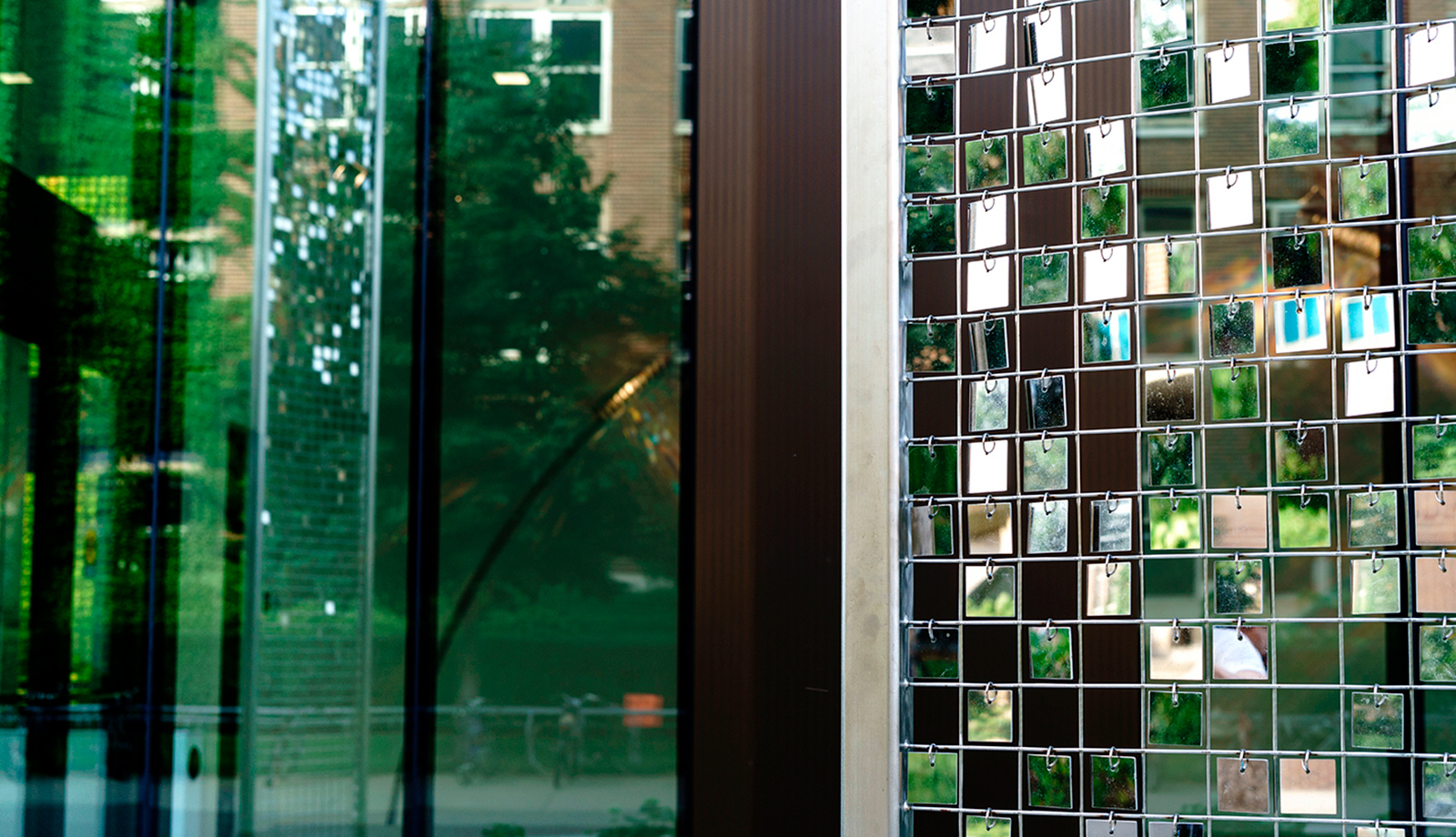 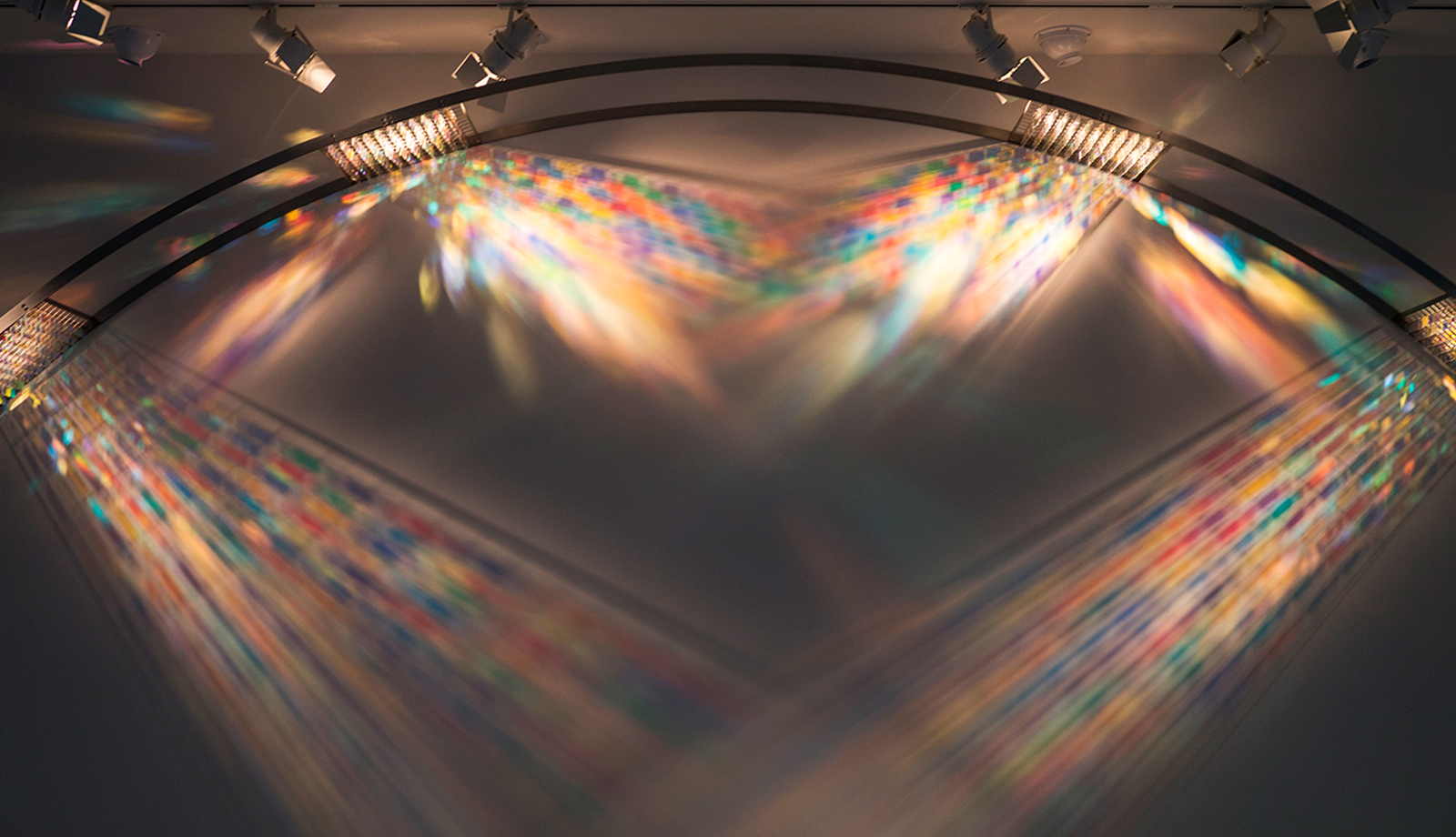 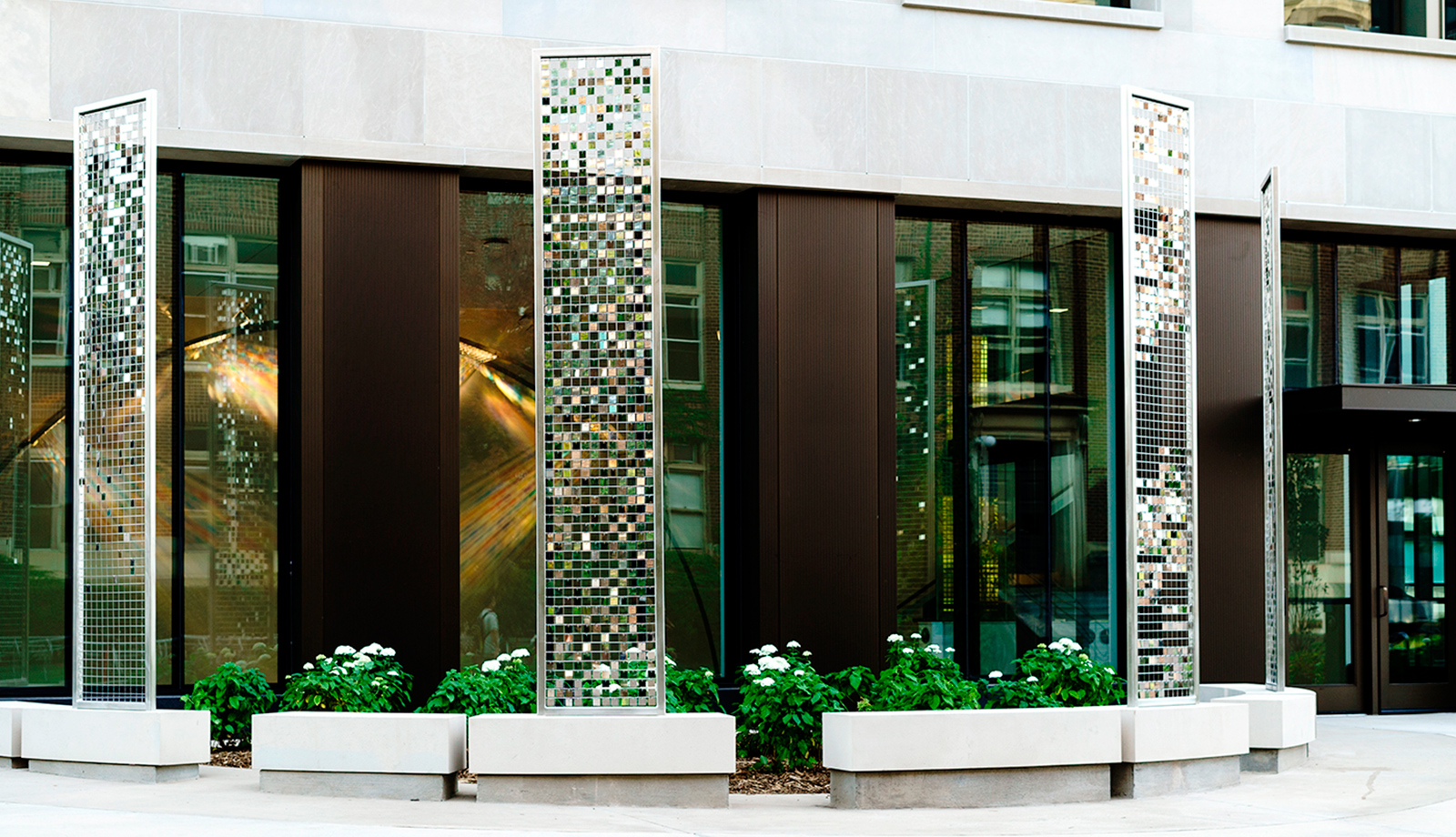 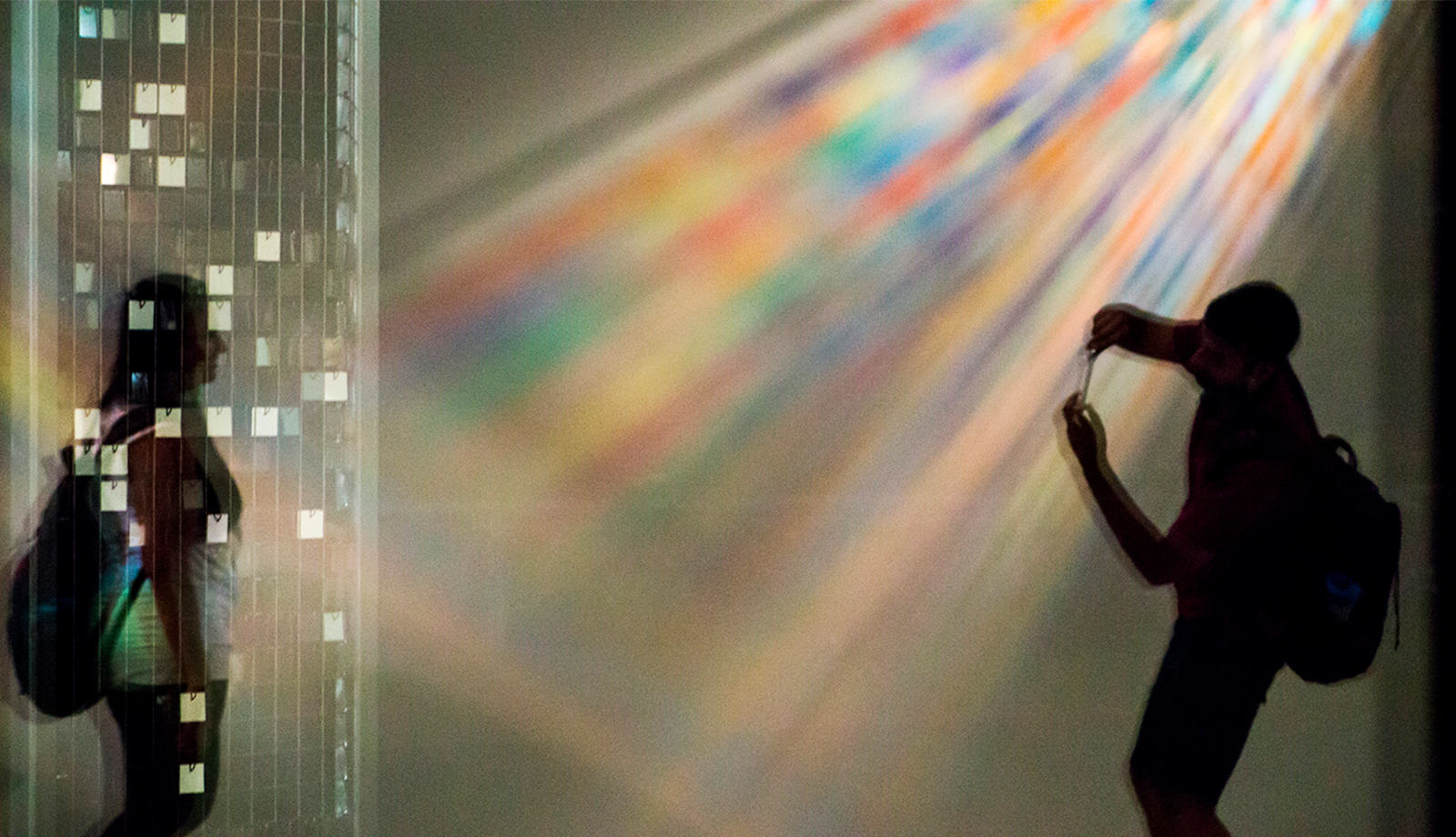 Deterministic Chaos is an installation based work by artist Catherine Widgery that interacts with both the interior and exterior space of the Tate Science Building at the University of Minnesota. Widgery’s intent for this work of art is to heighten our awareness of the complexity and magic of reflected and projected light as animated by the wind outside and air currents inside. The extraordinarily complex dual nature of both light and matter as both particles and waves is the inspiration for this work. Any consideration of light involves a consideration of time so part of Widgery’s concept is to record the random patterns of light projected onto the wall over a period of time. In a sense this is an artwork that the wind and the properties of light create so that one can only guess what the final configuration on the large wall opposite the windows might look like.

The artwork exists as projected and reflected light and color and hence would never be exactly the same. The interior space is animated not only by the moving reflected light but by the way those who move within the space are reflected in the dichroic glass and in the exterior stainless steel. The grid configuration of these panels refers to the binary codes used in so much of science and computers. Most of the work in fact is not a physical ‘thing’ but rather uses light, both natural and artificial, as its material.