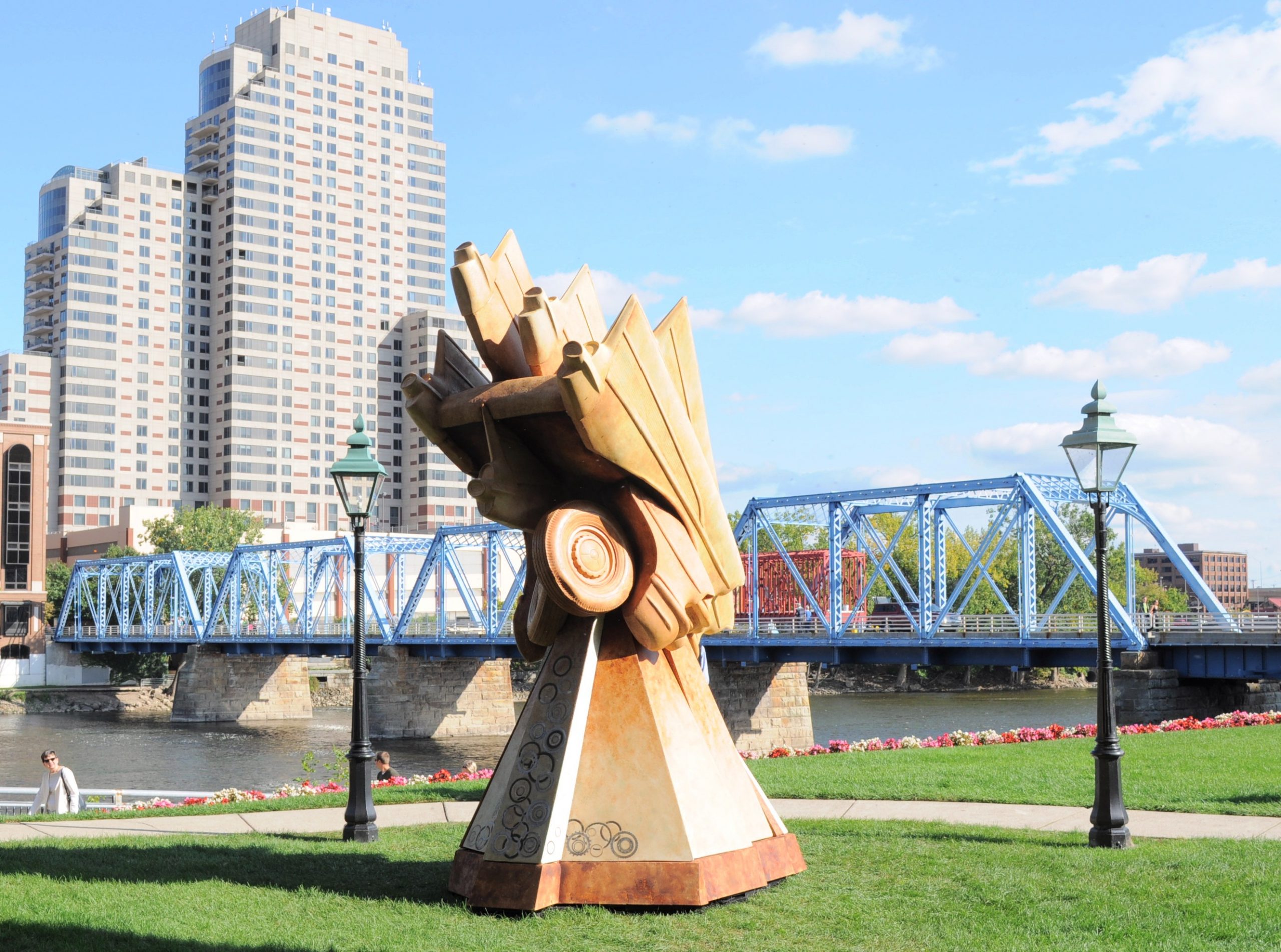 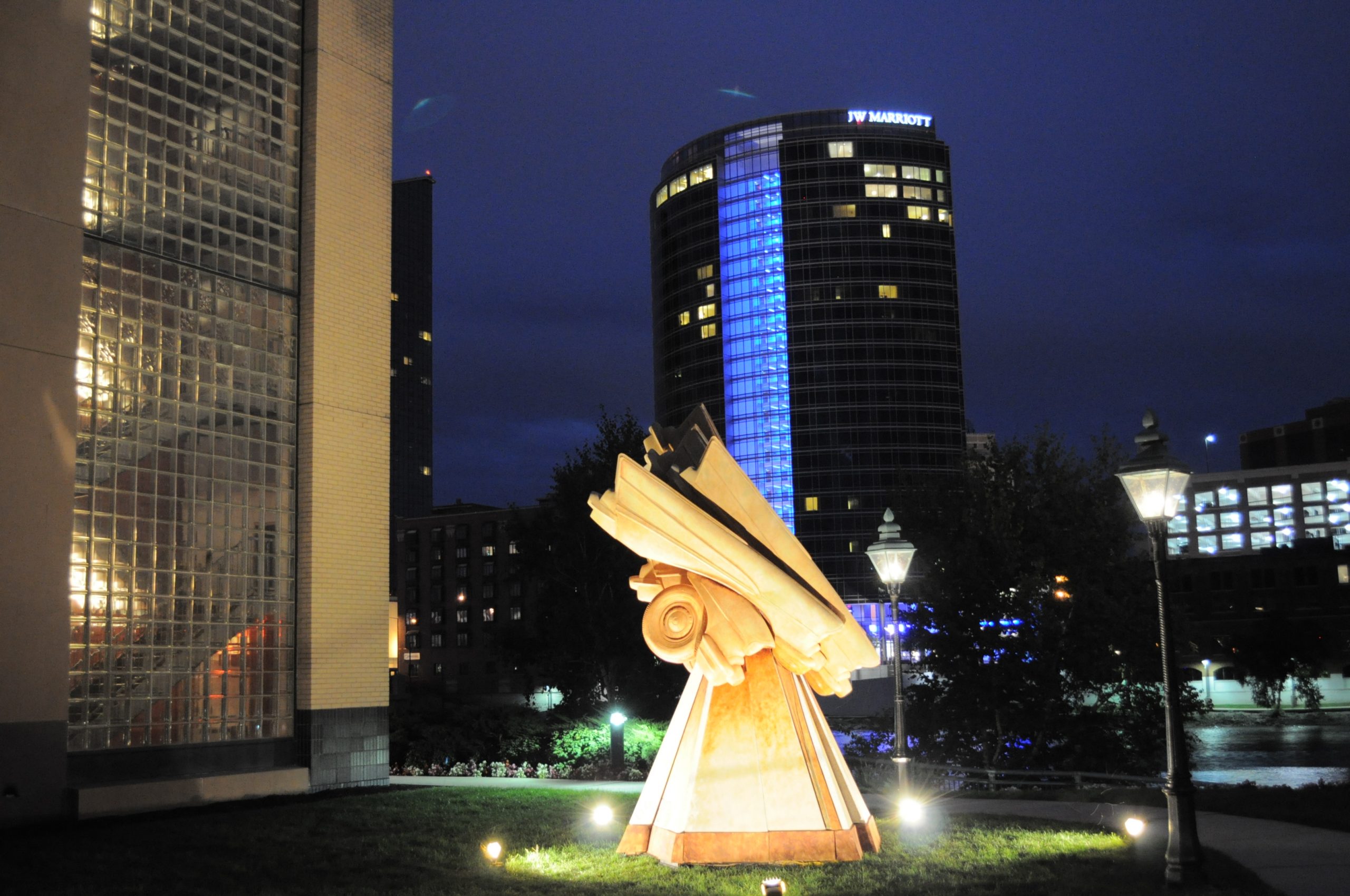 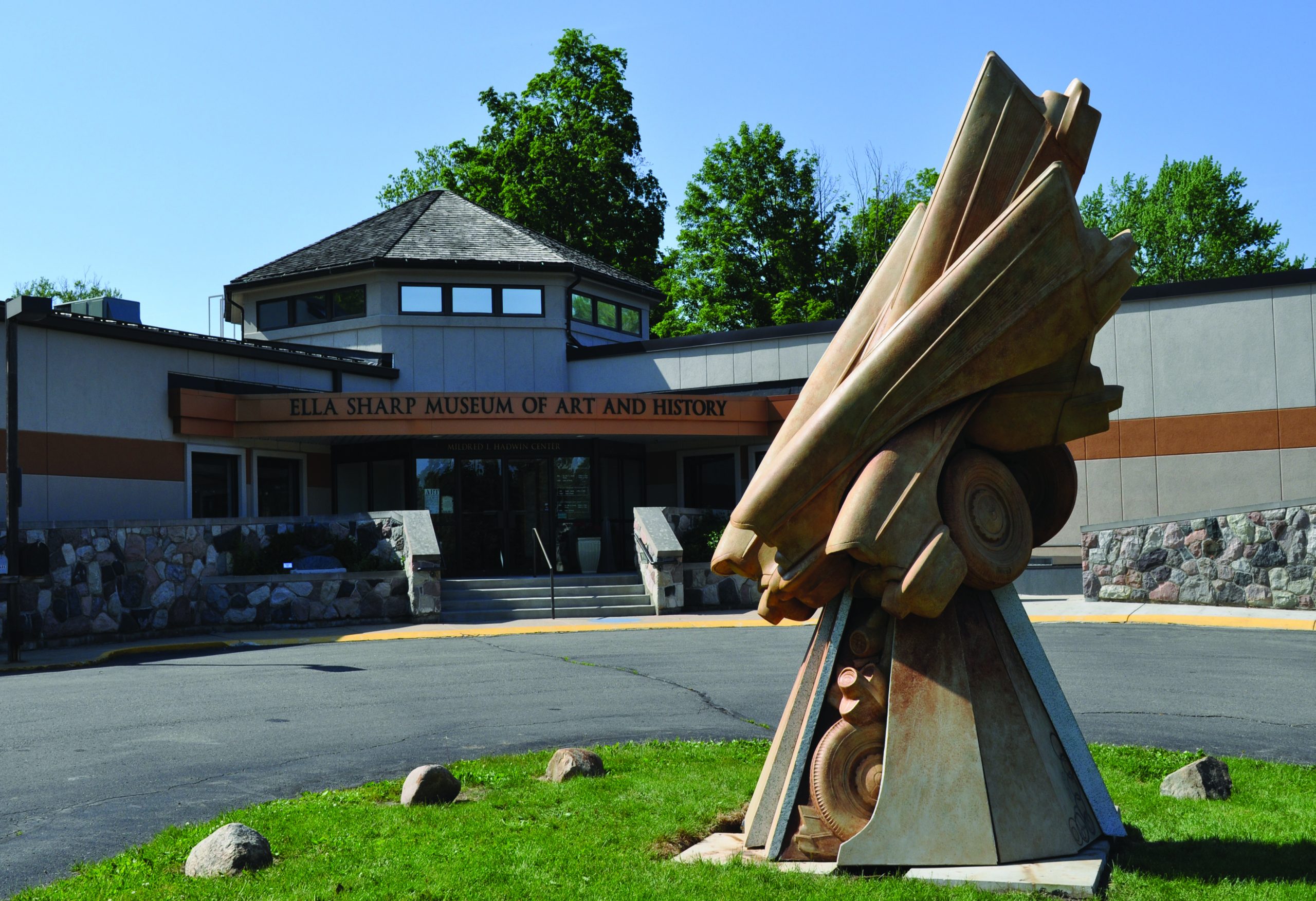 57 Descending is a mobile monument, designed to be moved easily. It has been shown at several museum grounds. At 14' x 8' x 10' the piece is a composition of GFR Concrete on a steel armature. The surface has automotive glass and embedded transmission gears. The sculpture disassembles and articulates down for travel to a new location.

57 Descending is a monument to the cresting of car culture, which has been strongest In America with the Boomer generation. Their favorite ride, the 57 Chevy was chosen to represent this turning point in a composition from “Nude Descending a Staircase” by Duchamp (in 1911). That piece introduced the new study of motion from motion pictures and moving vehicles when technology was brand new. By 2011 we began to consider a move away from our dependence on cars. We have begun the descent and they will not be what we have known by 2111. The installation was accompanied by a projection show each evening.

Tj envisioned this piece in 1995 with a wax maquette which has been lost. The first study; Boomer’s Nike was done full scale in 97. The pedestal size Boomer was done in 2005 enabling the 42” version of 57 Descending a Switchback in 2007. The big piece was created for ArtPrize and Shown at the Grand Rapids Public Museum in 2010. This piece kicked off an entire series of Nikes from Classic cars of the boomer generation. It resided at the Ella Sharp Art Museum for a year and at the Carnegie Library in Tecumseh for another year.

Tj's innovation in design for light weight concrete was begun with this project. It has held up well to the elements and the studies continue with other monumental works.