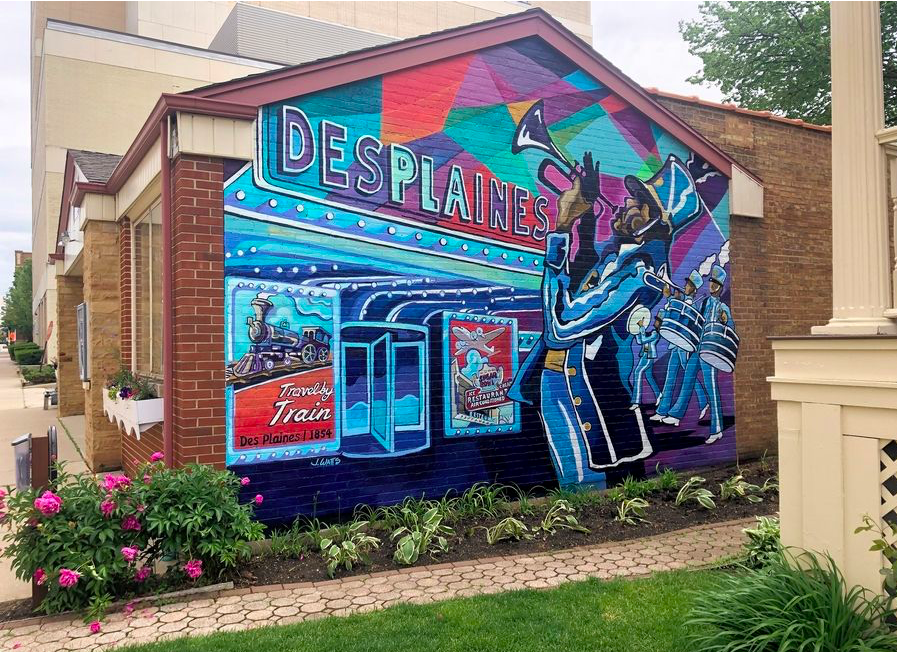 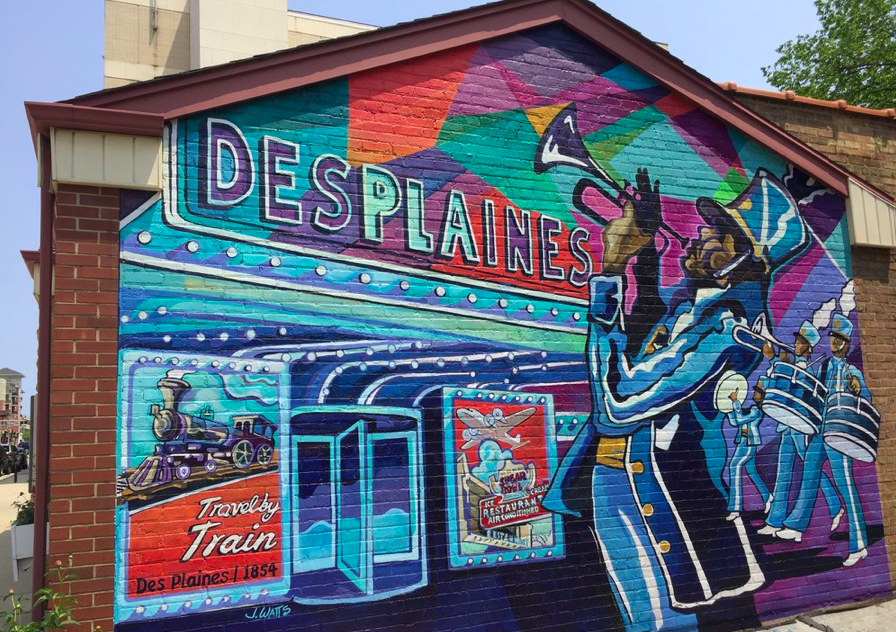 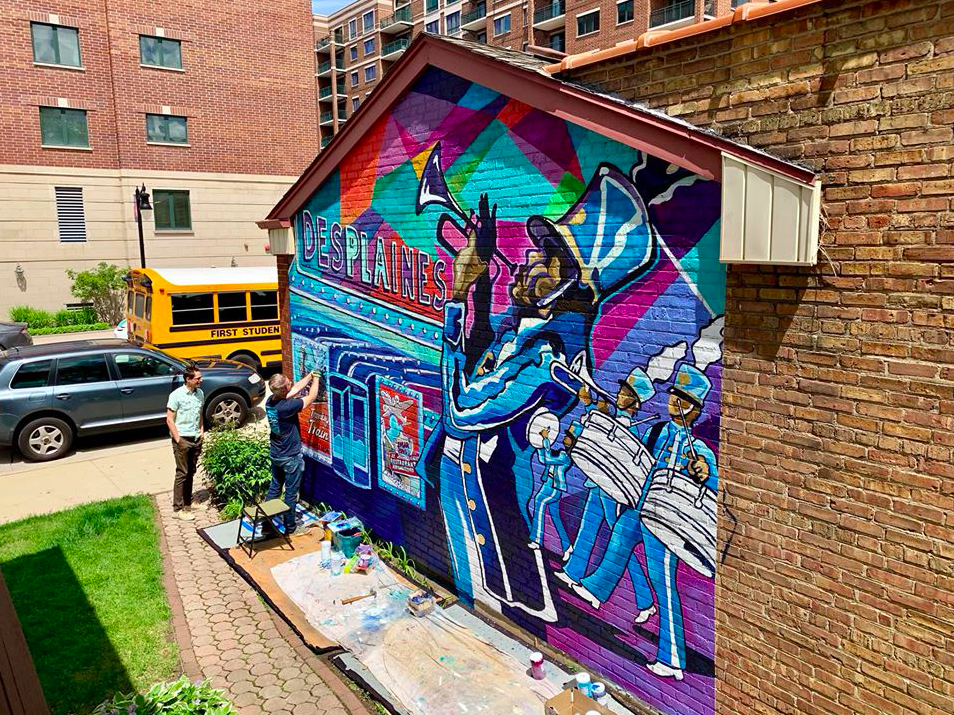 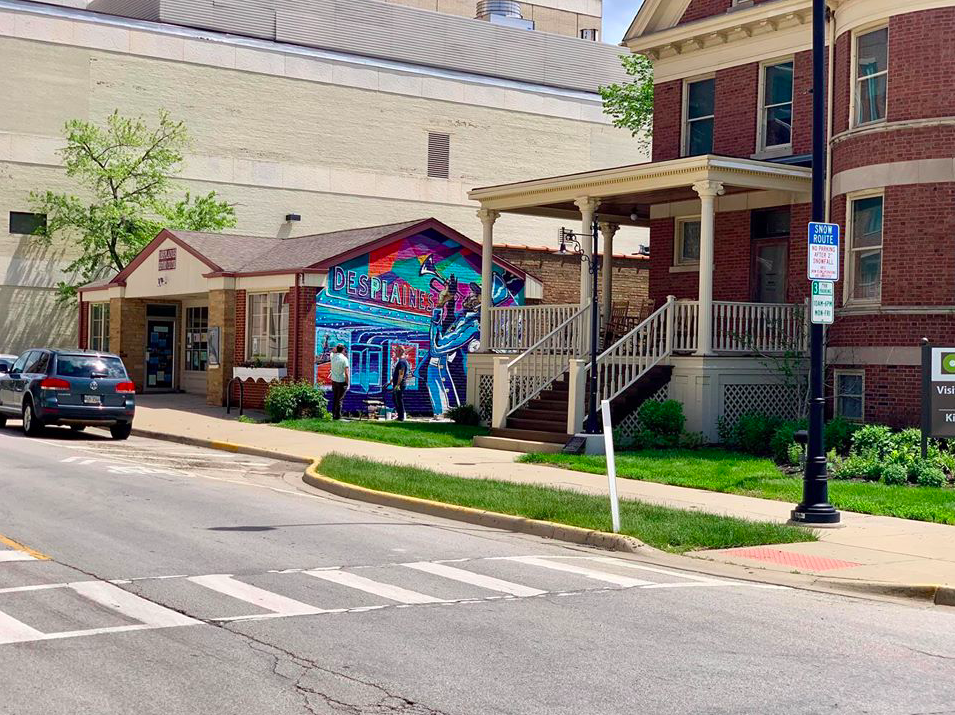 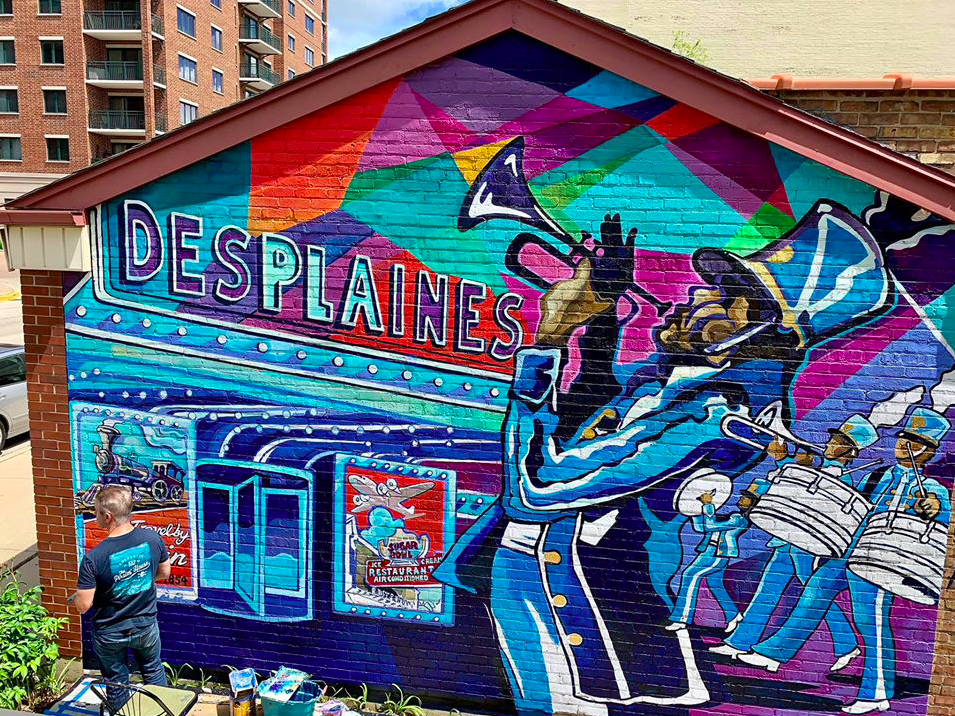 The Des Plaines History Center mural celebrates the city by paying homage to several iconic locations and cultural references. The Des Plaines Theater, opened in 1925, is referenced in the marquee, with a heroic central Trumpeter from the local Maine West marching band. The mural is 19′ x 20′ and is the first public works mural to be commissioned for the city of Des Plaines.

The goal was to celebrate the city of Des Plaines with a new mural. Being the first public mural commission for the city, the mural is intended to draw attention and add momentum for future public arts projects.

Working with the Des Plaines History Center and director Philip Mohr, the center helped my process by providing many archived historic photos. With the central idea for the mural in mind, we were able to tell specific historical stories in the movie posters under the theater marquee.