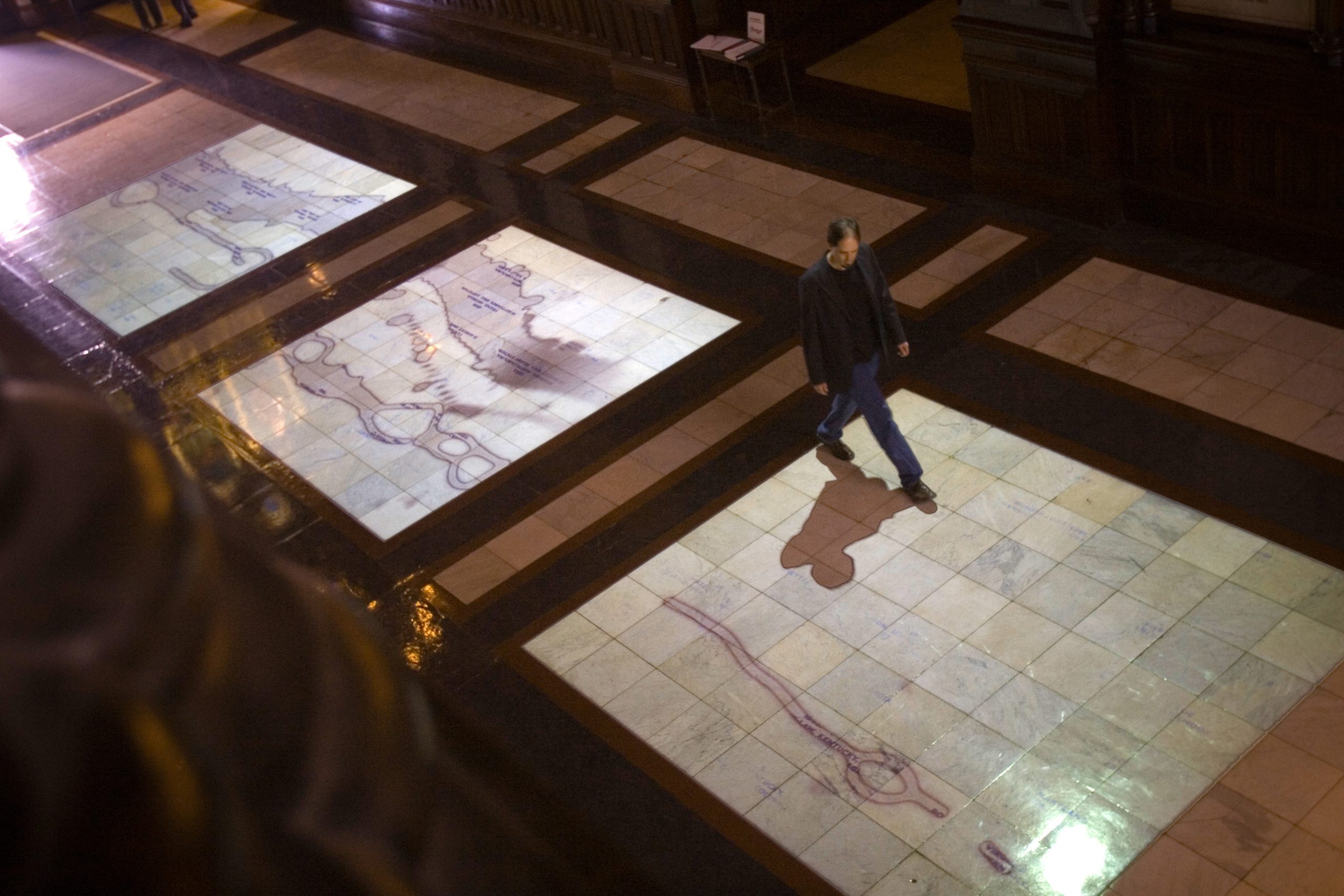 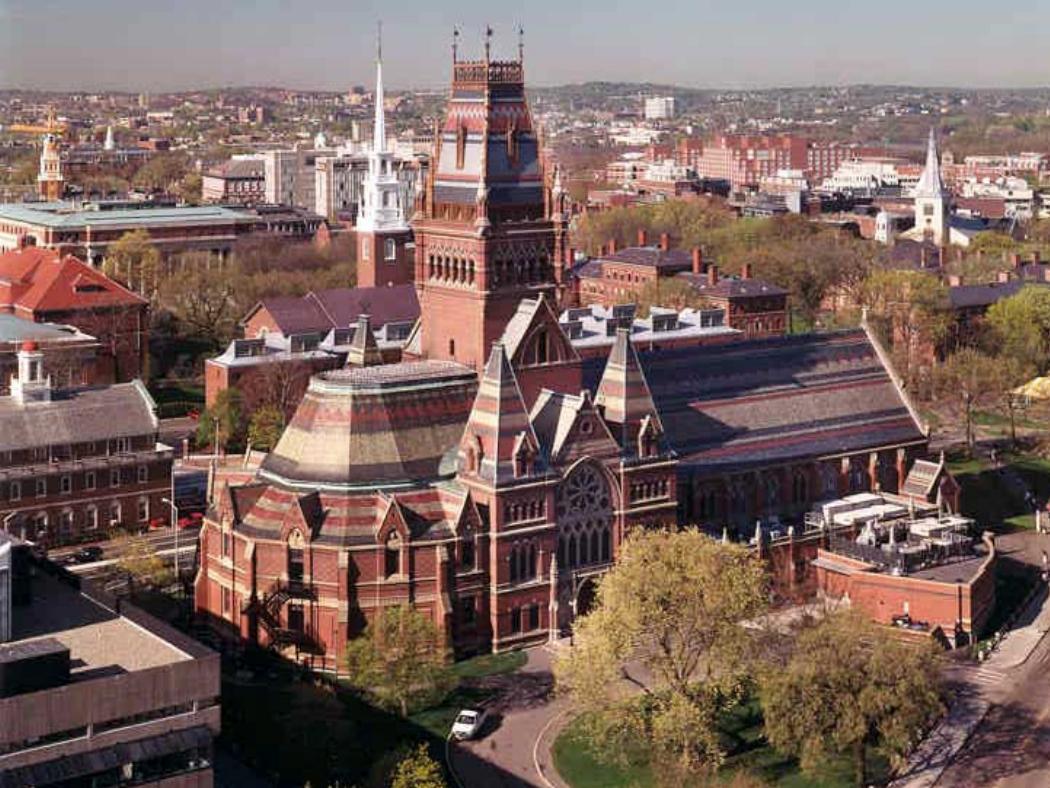 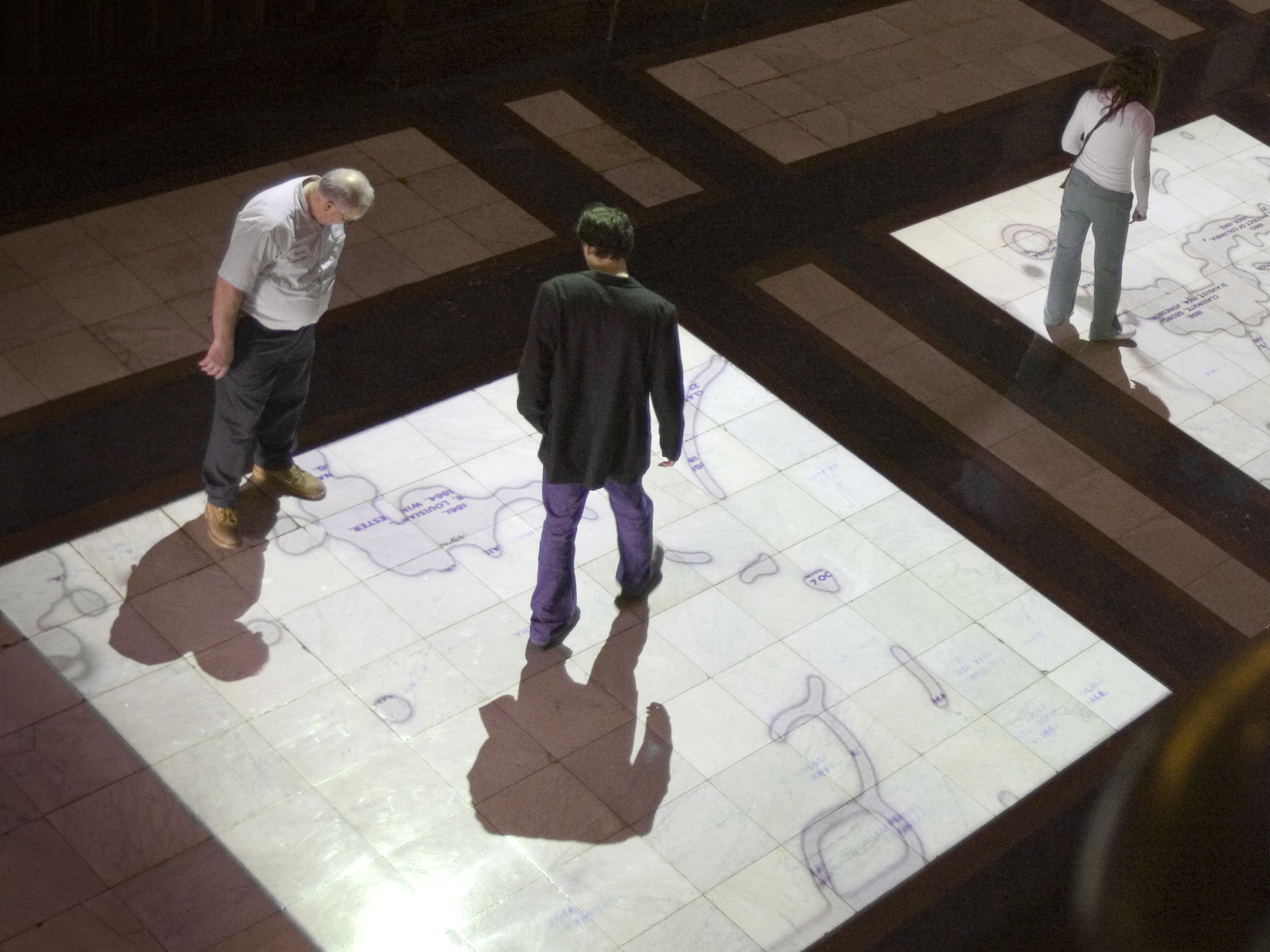 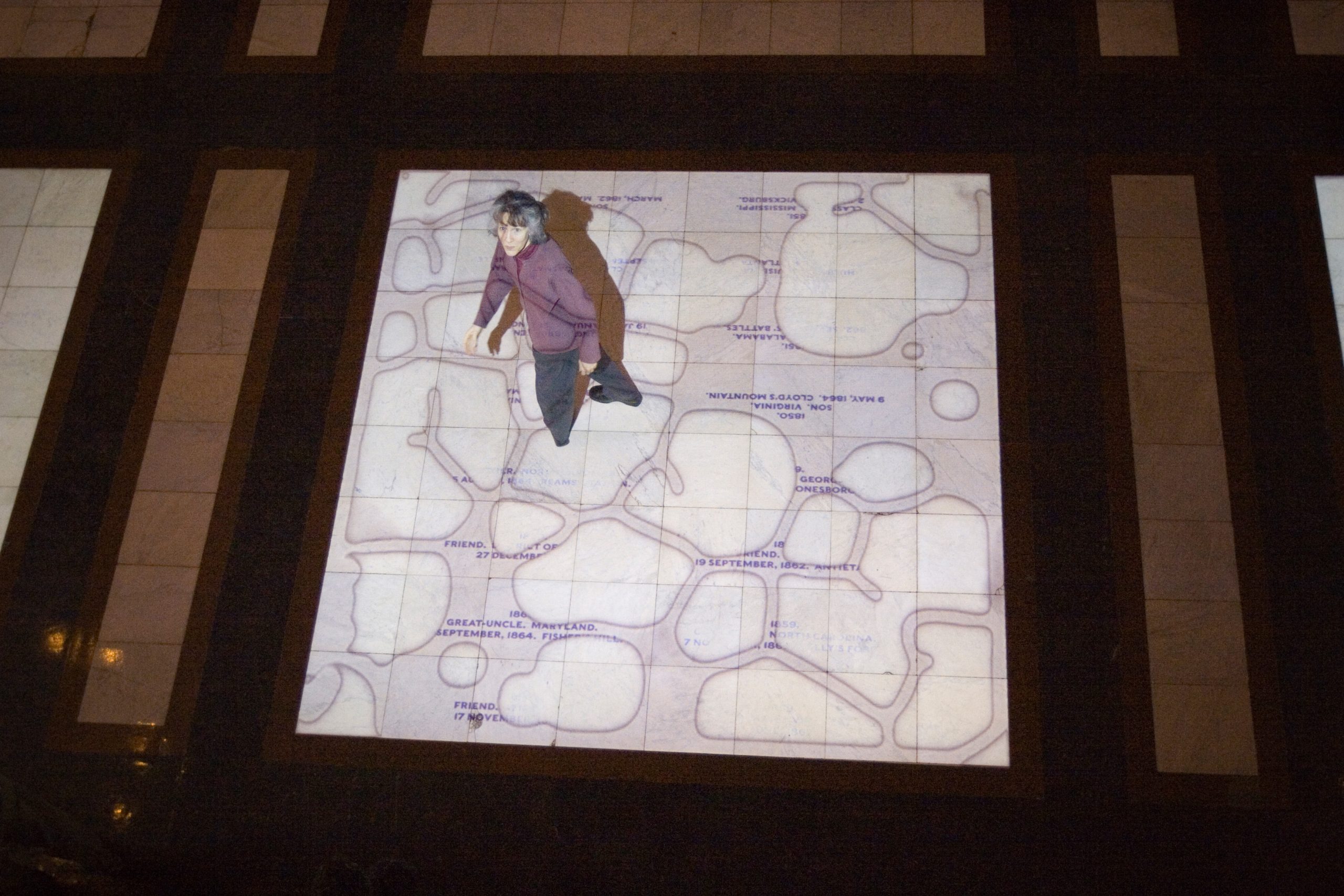 Office for the Arts at Harvard

Built after the Civil War, Harvard's Memorial Hall honors the graduates who died fighting for the Union, but not those who fell for the Confederacy. Brian Knep’s artwork, Deep Wounds, uses this history to explore unfinished healing and reconciliation. Entering, we notice that the white marble floor has become luminous with hints of inscribed text. As we walk across, the luminous skin blisters and opens to reveal descriptions of the unnamed graduates who died for the Confederacy. After separating, the skin mends itself, covering the text once again.
Hall: 2500 square feet; Artwork: 500 square feet.

Memorial Hall was built almost 150 years ago, so Deep Wounds was a relatively new addition. A key goal was to transform the space, creating not artwork placed in the hall, and not artwork showcasing the hall, but artwork that seemed to grow out of the hall itself, giving it a voice. Conceptually, the artwork doesn’t project images onto the floor; rather it projects something more akin to x-rays showing us what is already there: the unhealed wounds of the Civil War. To achieve this integration, the projections were adjusted to fit exactly into outlines of existing tiles; the colors were chosen from the blue streak in the marble of these tiles; the font used on the marble plaques was reused for the Confederate text; the Confederate dead were arranged around the floor to face their Union classmates on the walls; and the equipment was hidden on a balcony above.

The Office for the Arts at Harvard (OFA) commissioned Brian Knep to create a public artwork over a one-year residency. The resulting idea was controversial in two ways. First, emotions around the Civil War still run high even after nearly 150 years. Second, the original funding for the hall, given when the wounds were still fresh, was conditional on being used to commemorate only the Union dead and never the Confederate dead. OFA Director of Programs Cathy McCormick and Advisor Teil Silverstein acted as liaison between the artist and the rest of the Harvard community on these issues, gathering support and feedback from alumni groups, lawyers, and other interested parties. The artist worked closely with them to assure the community of his intentions, and to make sure the work would be legally acceptable according to the original funding terms.

At the Memorial Hall Complex, the artist worked with Assistant Director Raymond Traietti to make sure the artwork didn’t interfere with the hall’s normal operations, and that the installation was reversible with no permanent changes. Additional help came from the Harvard University Archives, where the artist was able to research previous dialog over this issue.

Please see the video for interactive and dynamic aspects of the artwork.