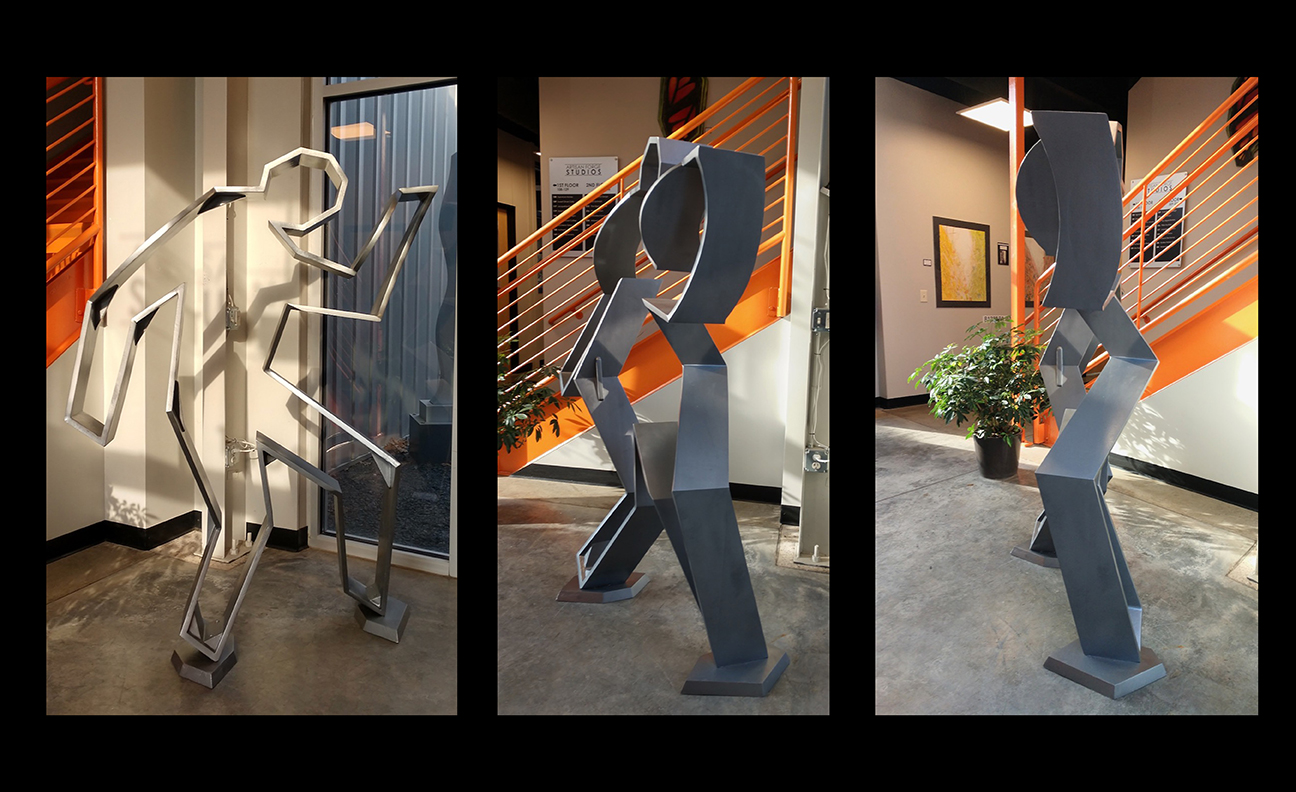 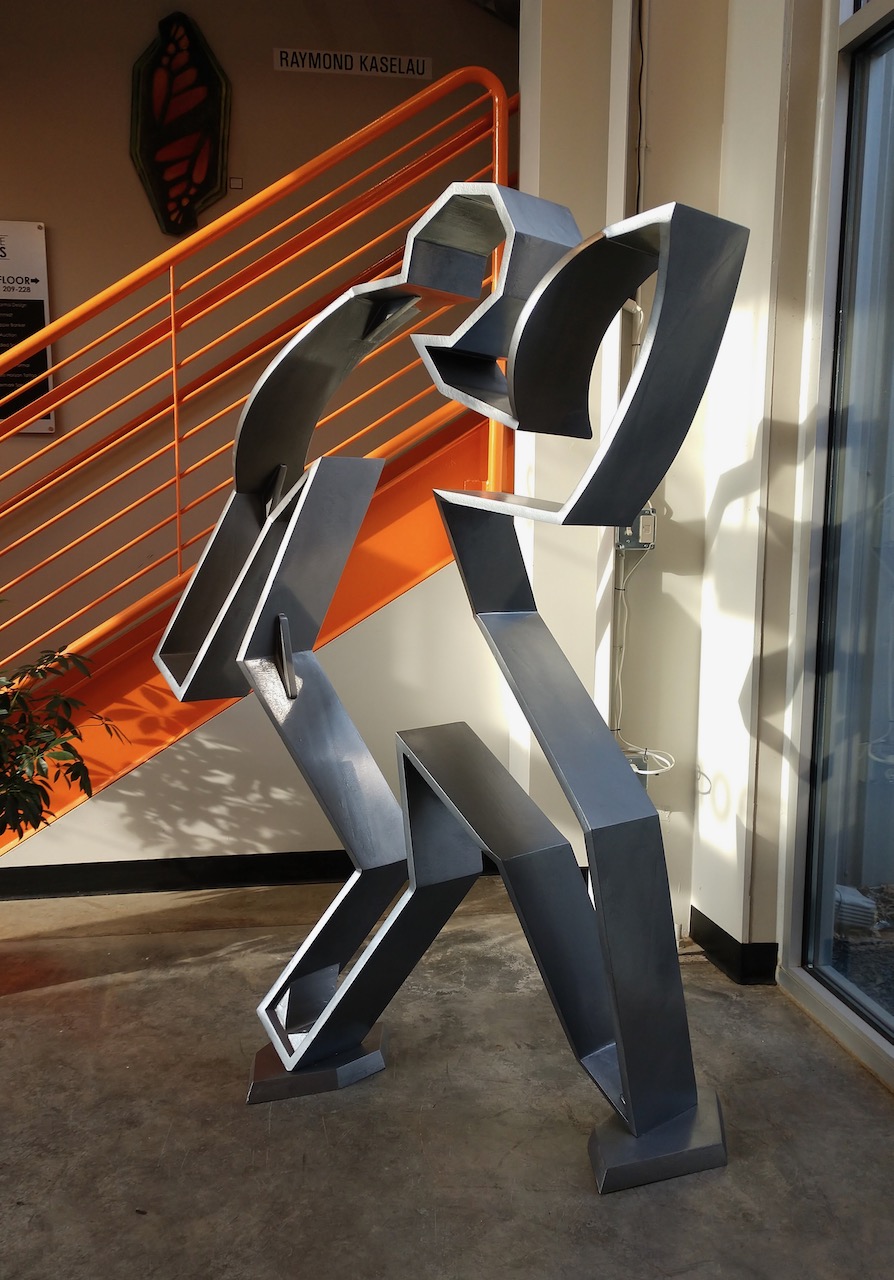 This sculpture was fabricated from hardwood and coated with hammered enamel paint. It stands 5’10” x 48″ x 22″. It can be upgraded for outdoors application by fabricating it in either aluminum or S.S. “DeAnthoney’s Last Ride” is part of a Social Justice series celebrating the lives of kids who have died violently and have been lost to everyones memory. DeAnthoney was only seventeen when he stole a car with a friend and crashed it behind my studio in Milwaukee. He was a friend of my neighbor’s son whom I had met several times. This was his second car crash in three days and his last.

Young people of color are being short-changed in the school system by having most of their extra curricular classes cut due to the re-assignment of money to other resources. This loss of revenue to the Milwaukee school system has resulted in a higher drop out rate and kids roaming the streets with a sense of futility regarding their futures. It represents a societal failure with more kids going to prison.

My esthetic goal is to create a figurative sculpture which is able to dissolve into non-objective shapes as the viewer walks around it. Looking at it frontally, the figure is in outline form. At a three quarter angle to the piece, the figure has become three dimensional and quite distorted as it expresses the anguish leading up to DeAnthoney's death. Finally, looking at the piece from the side, the viewer sees only non-objective shapes with no hint of its figurative aspect.

The original figurative shape was taken from DeAnthoney's death image which I have resurrected into his three dimensional spirit image. Here he will be forever a young man full of life and hope from lessons learned.