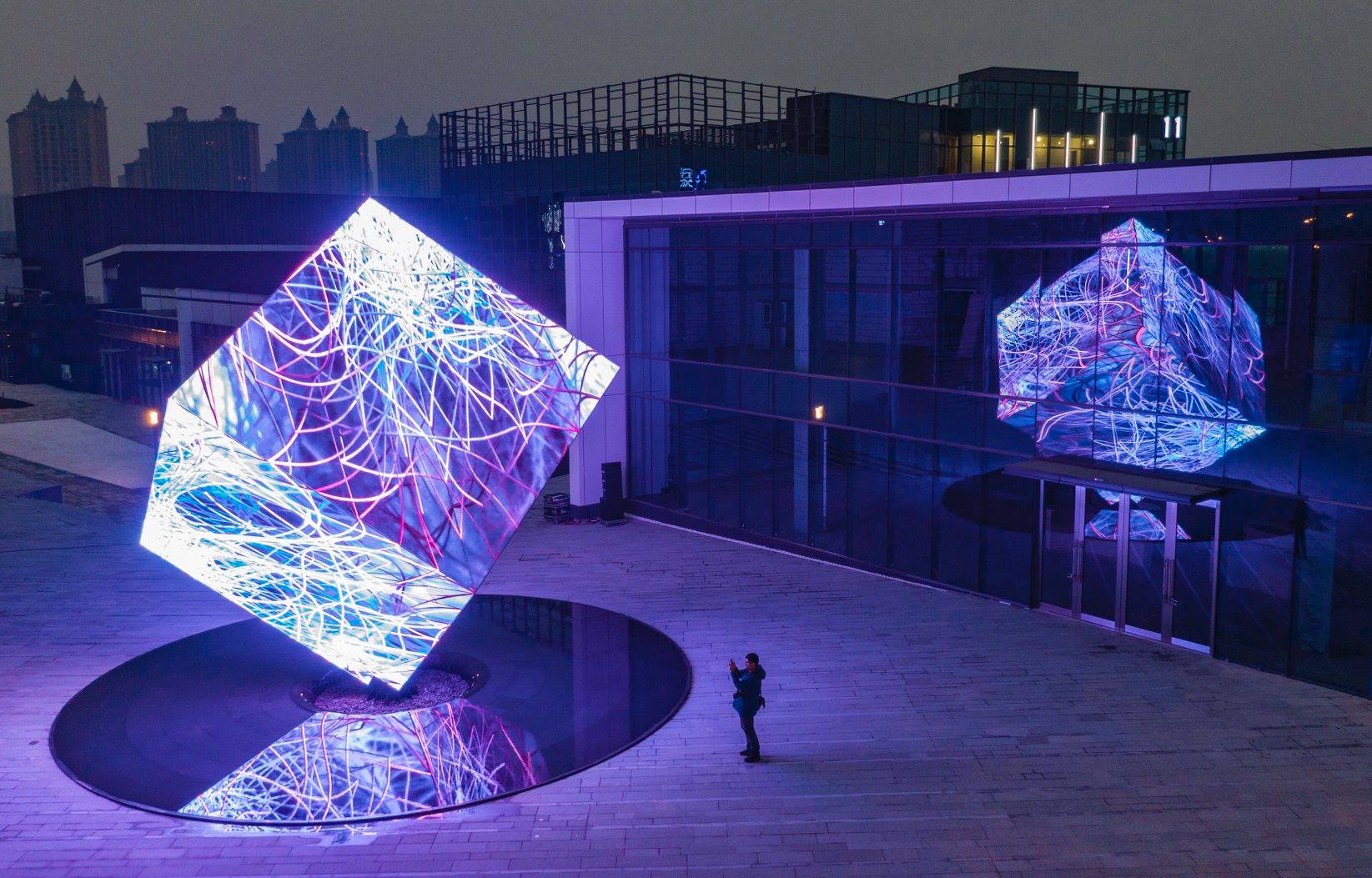 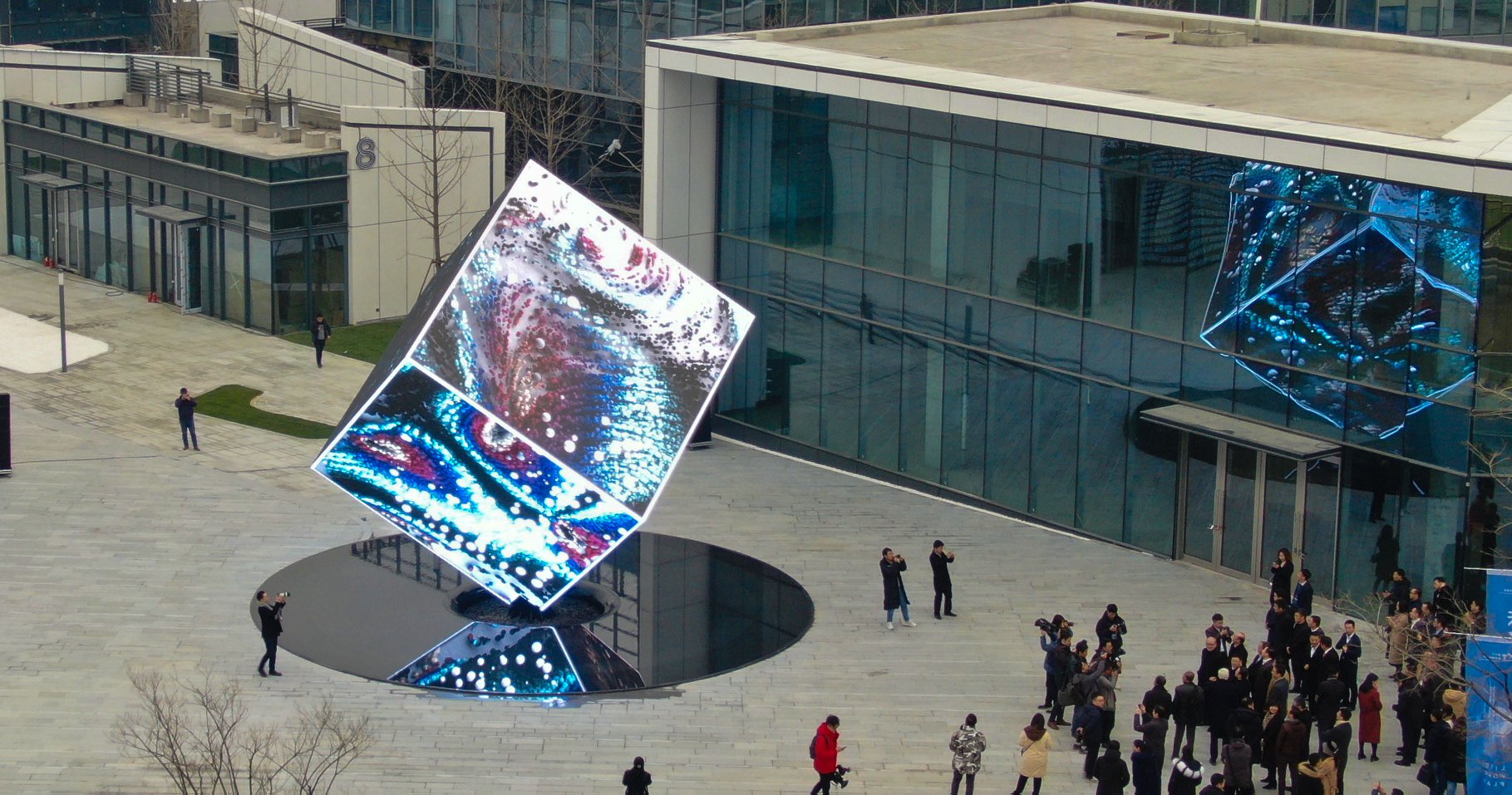 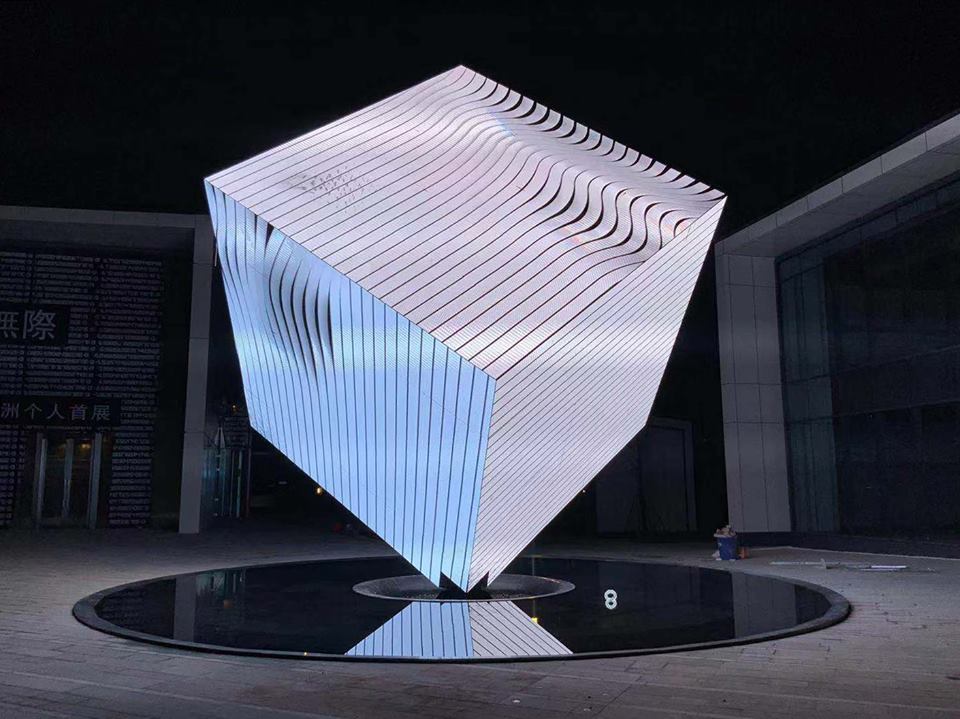 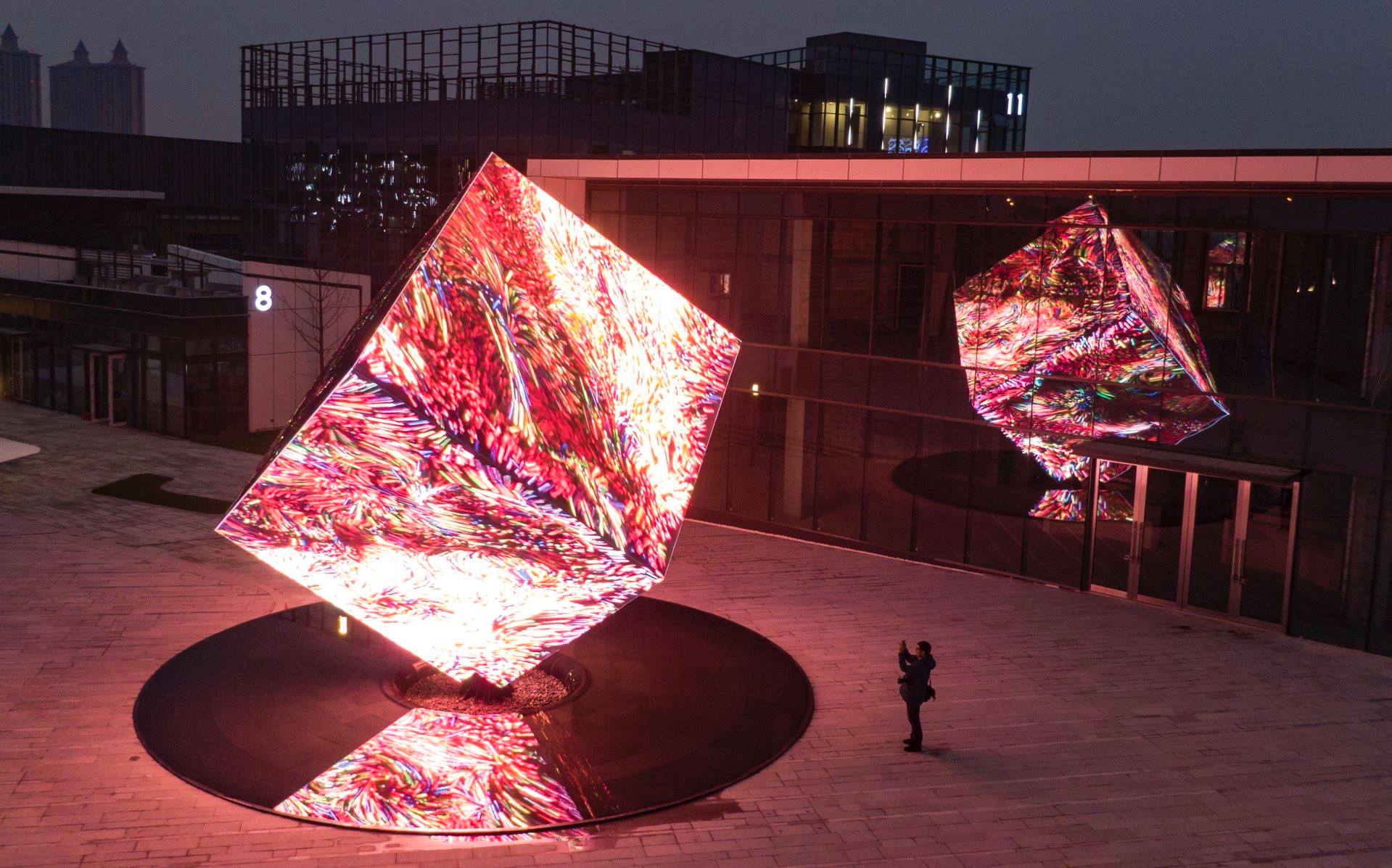 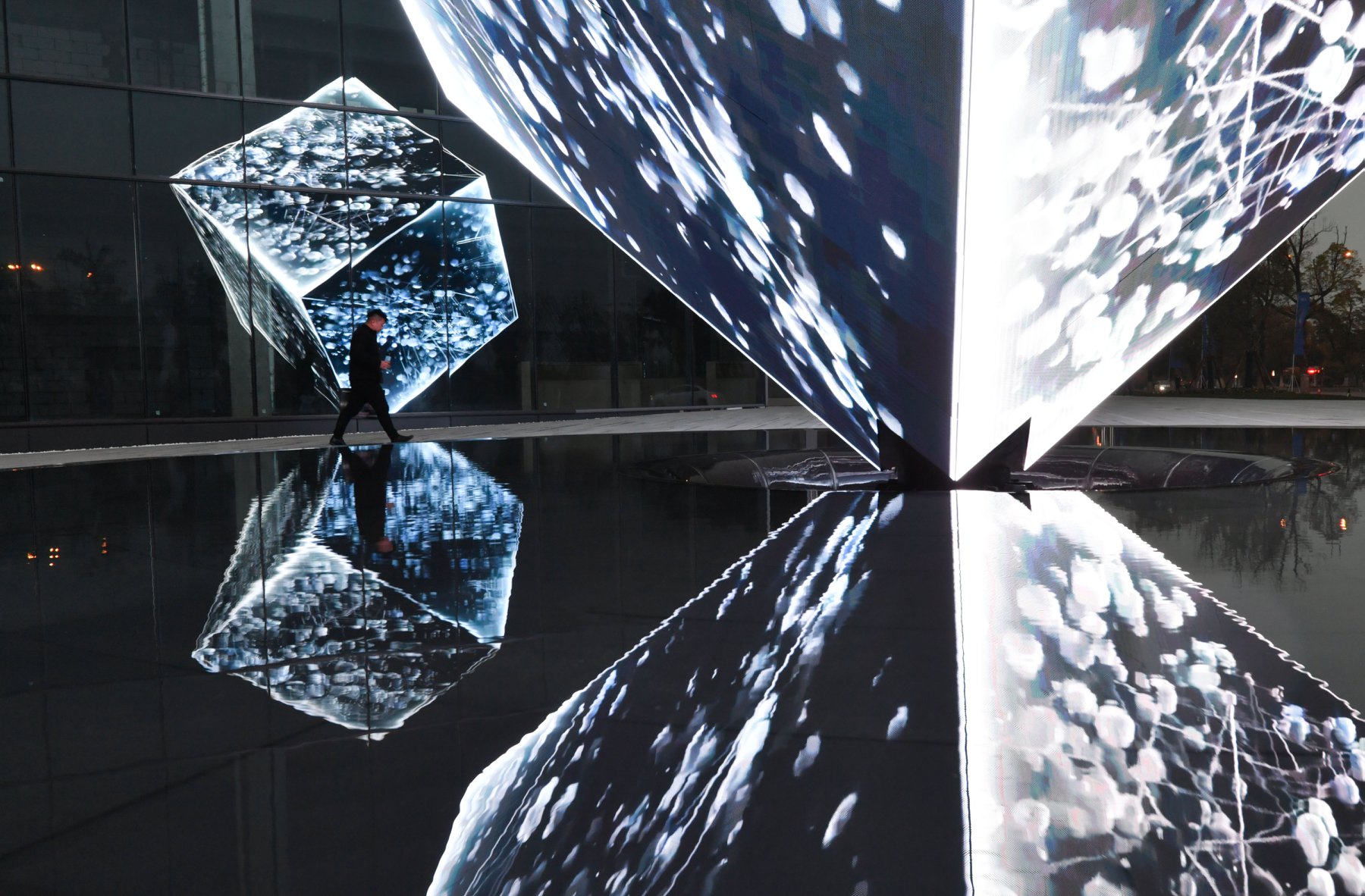 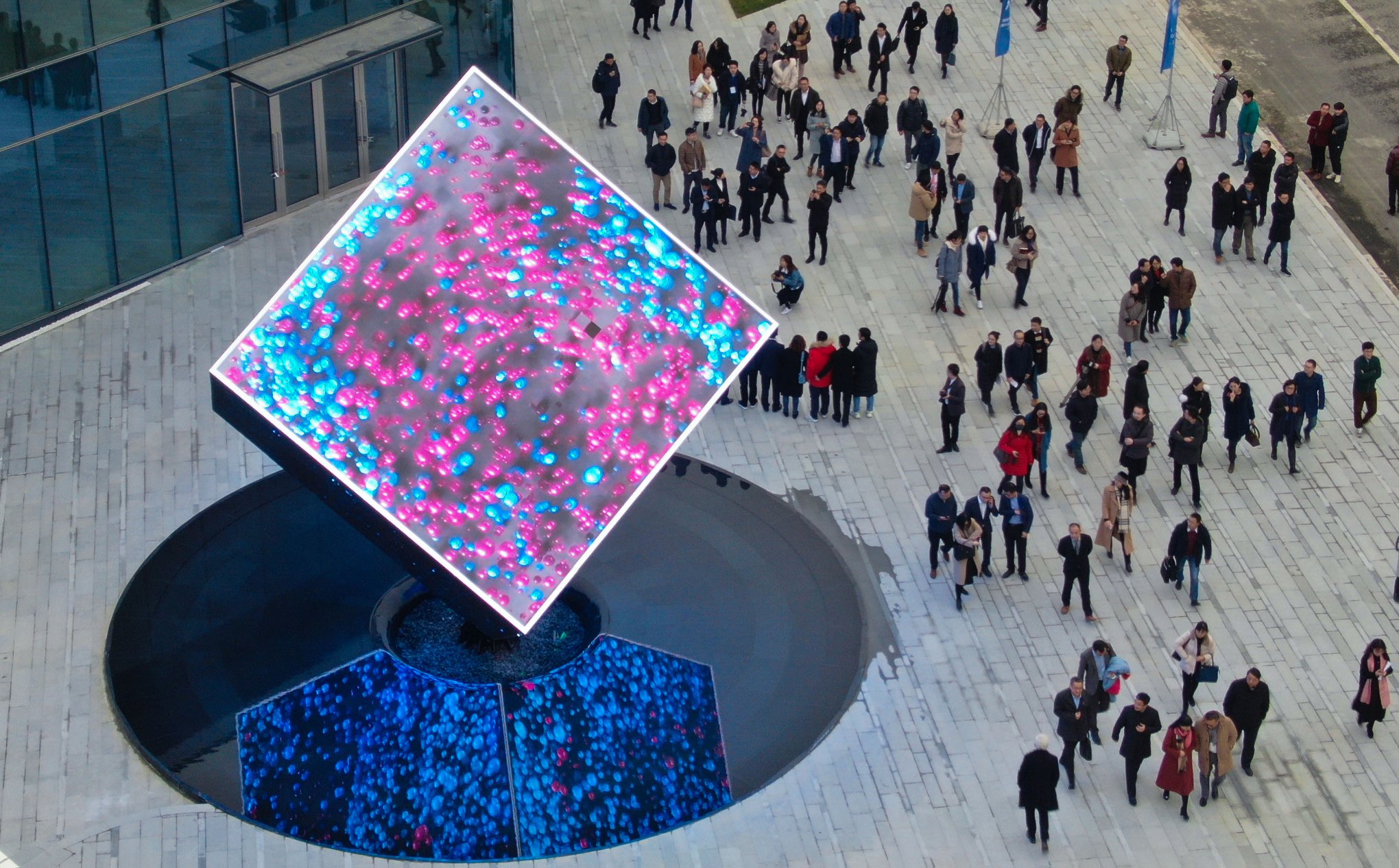 “DATA GATE’’ is a permanent public art sculpture commissioned by the Chinese Government. Located in Nanjing, it weighs 15 tons and is comprised of 360 LED installations. For this project, we collaborated with Dawn Gelino as a mentor. She is an astrophysicist for NASA, exploring the diversity and habitability of exoplanets through a multi-disciplinary approach. The installation consists of 3 parts: Form, Light, and Space. Light is the world’s first artwork based upon the utilization of Machine Learning in the context of space discovery and astronomical research through NASA’s Kepler Data Sets.

By using the Kepler data from NASA, the public will be able to observe the exoplanets [planets that orbit around other stars] which human life can exist in. By taking this concept one step further, Ouchhh aims for this artwork to be considered as a gateway between our planet and other habitable planets around the universe. Ouchhh visualized and stylized the findings of these Neural Networks for identifying exoplanets using the dimming of the flux. The resulting work will invite visitors to plunge into the fascinating world of space discovery through immersive data sculpture. The installation offers a poetic sensory experience and is meant to become a monument of mankind’s contemplative curiosity and profound need for exploration.

Our solar system is tied for having the greatest number of planets around a single star after the recent discovery of an eighth planet circling Kepler-90, a Sun-like star 2,545 light years from Earth. The planet was discovered in data from NASA’s Kepler Space Telescope. Kepler’s four year dataset consists of 35,000 possible planetary signals. Automated tests, and sometimes human eyes, are used to verify the most promising signals in the data. However, the weakest signals are often missed using these methods. The Kepler Telescope has produced an unprecedented data set for exoplanet hunting.

Nine years of collecting data in space revealed that our night sky is filled with billions of hidden worlds. As Ouchhh Studio, we wanted to make the Kepler Telescope memorable. As NASA said, if the legendary Hubble Telescope revolutionized our knowledge of our Universe, Kepler revolutionized our knowledge of the exoplanets in our galaxy. It has expanded our visions and dreams.