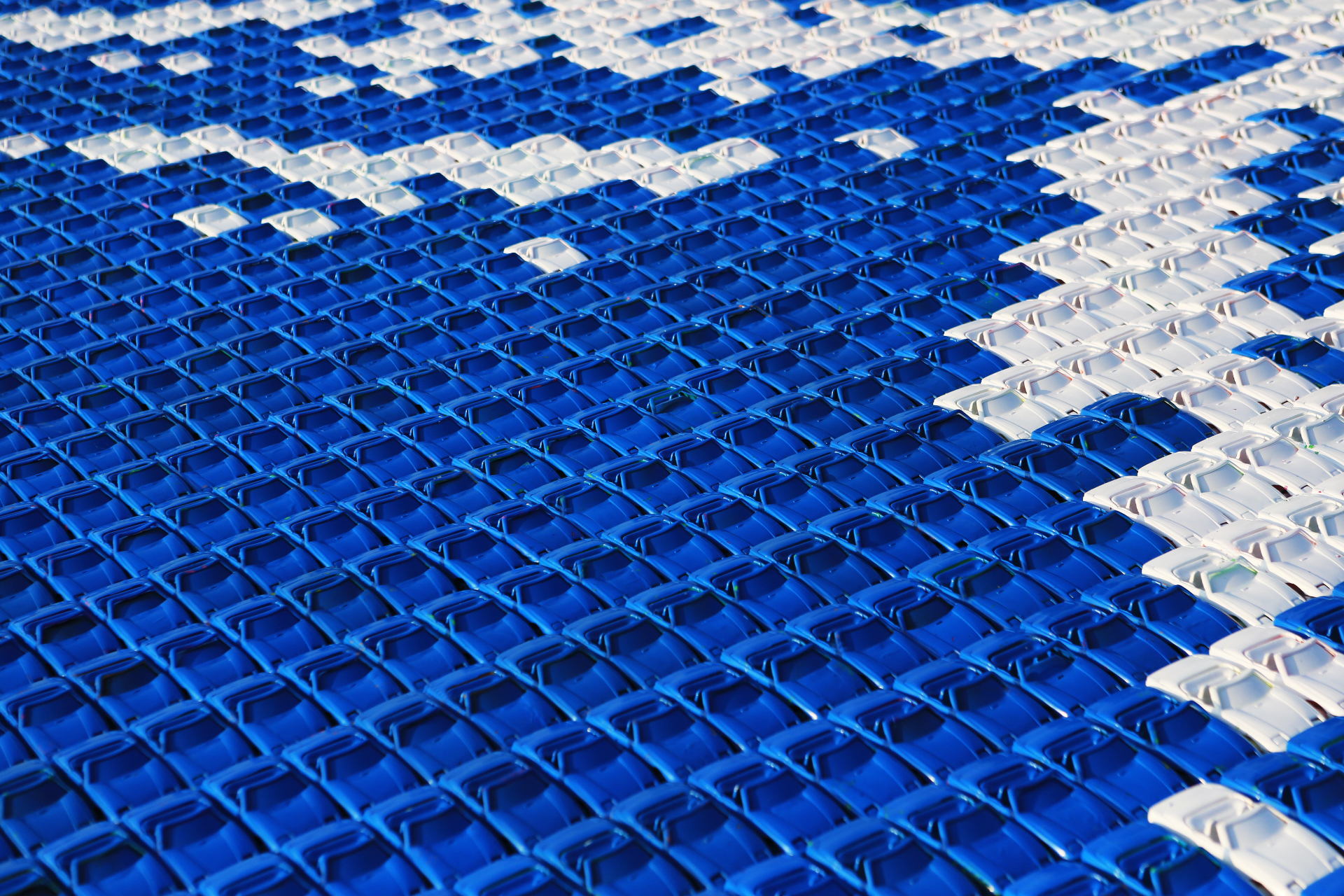 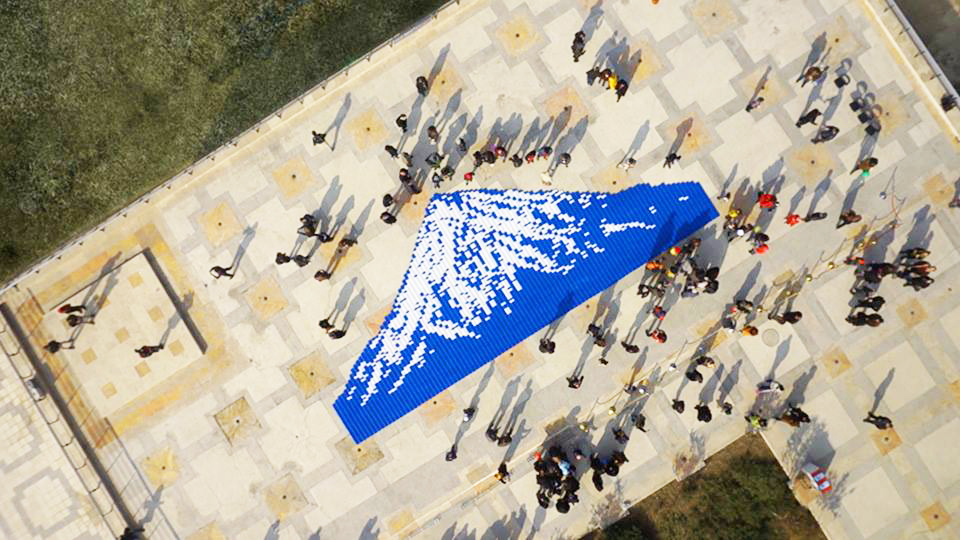 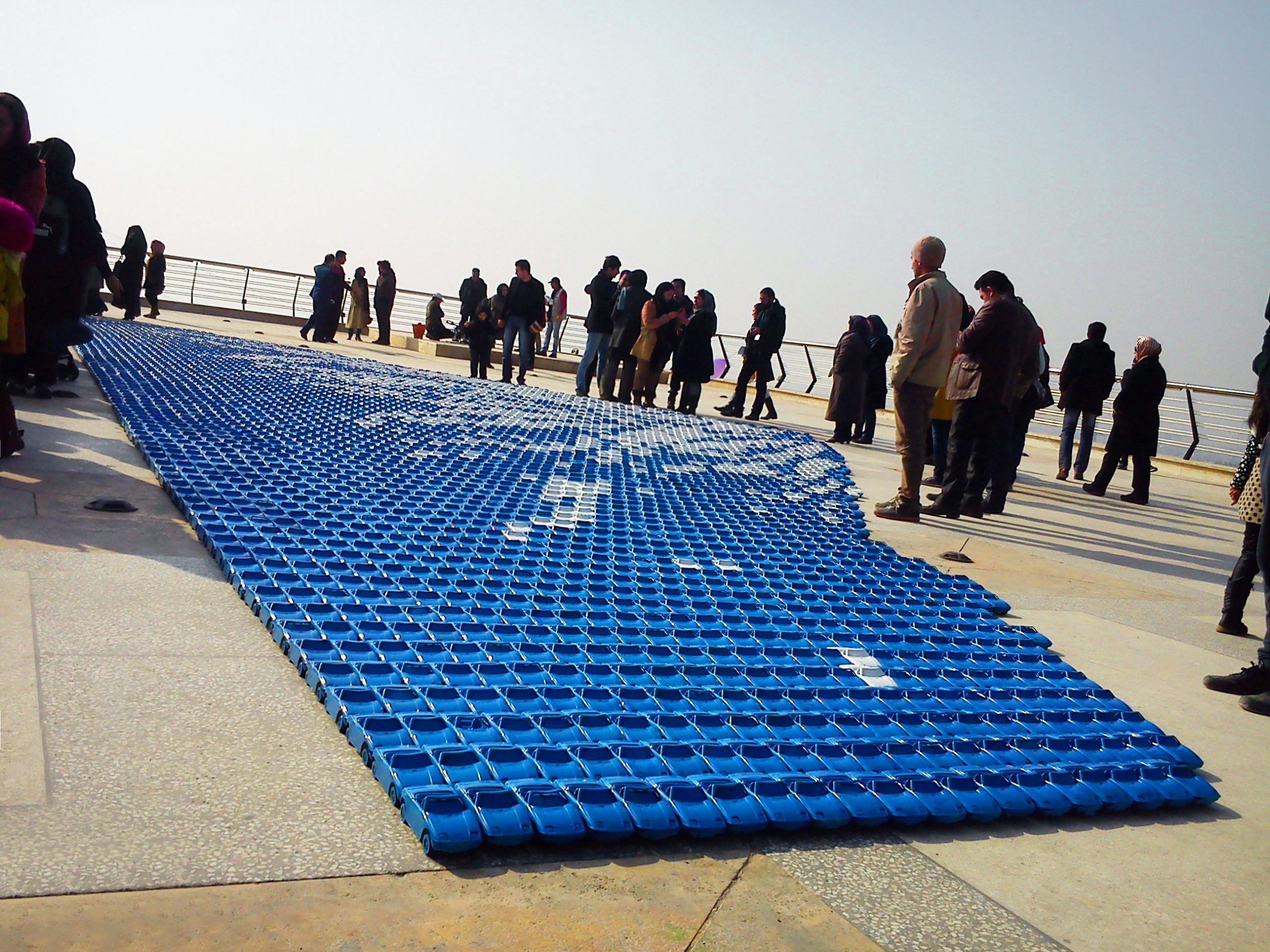 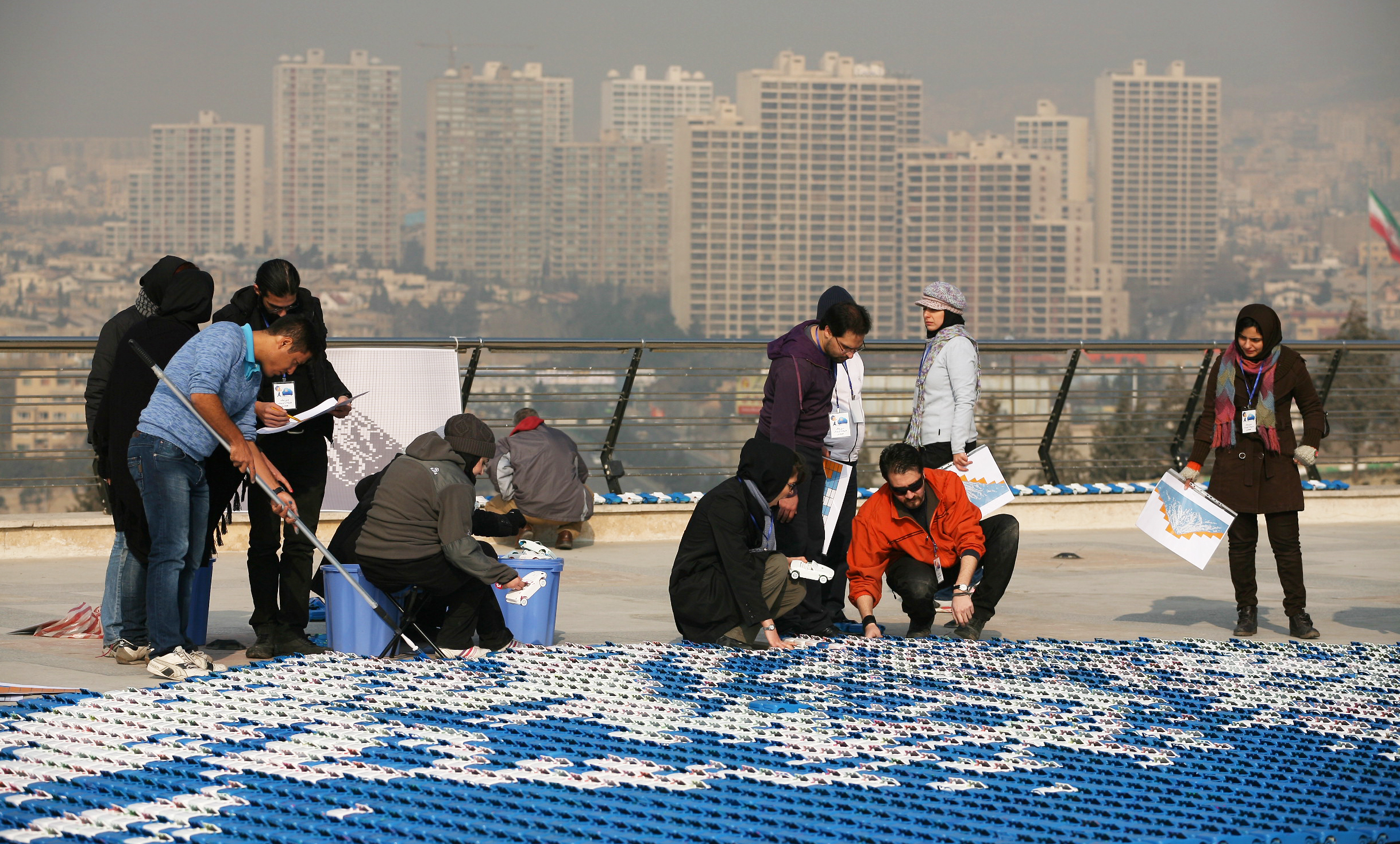 This piece represents Mount Damavand — a natural landmark that has a rich history in Persian culture and literature. The iconic mountain has been fading away from eyesight due to the thick layer of air pollution primarily created by cars in the capital city of Tehran. Fake plastic cars were used in the installation in an ironic way to recreate the form of this beautiful volcano. “Damavand” consists of 5,200 car toys, hand-painted by children from different cities in Iran. The artwork expands in an area of 29.1 feet by 65.6 feet.

The primary goal for the creation of this project was community engagement in the making process and subsequent interaction with it. In fact, by leaving a visible trace in the creation of a public artwork, the community members could own it in the most tangible way. That is why "Damavand" was shaped around this pivotal goal.

The other important objective, on the other hand, was bringing attention to an environmental catastrophe and its negative impact on people's health and well-being.

Filmmaker Reza Bahraminejad and his team at The Flying Classroom shared their idea with artist Hooman Mehdizadehjafari during a project invitation meeting. A few weeks later, Hooman finished Damavand's design and presented it to the team. Following that, thousands of plastic car toys were sent to the 6 air-polluted cities in Iran to be painted and prepared by the community children. The finished pieces were later gathered in Tehran to be used for the installation. During a one-day event, more than 50 volunteer community members of all ages helped to create the artwork based on the pre-made plans.

"Damavand" artwork holds the record for the largest interactive public art installation in Iran as of 2020. As part of this project, important social faces such as a mayoral representative, film-makers, and Iran’s first female environmental activist attended the event to support and leave symbolic notes on some of the toys. These car toys were later sold for the benefit of charities.