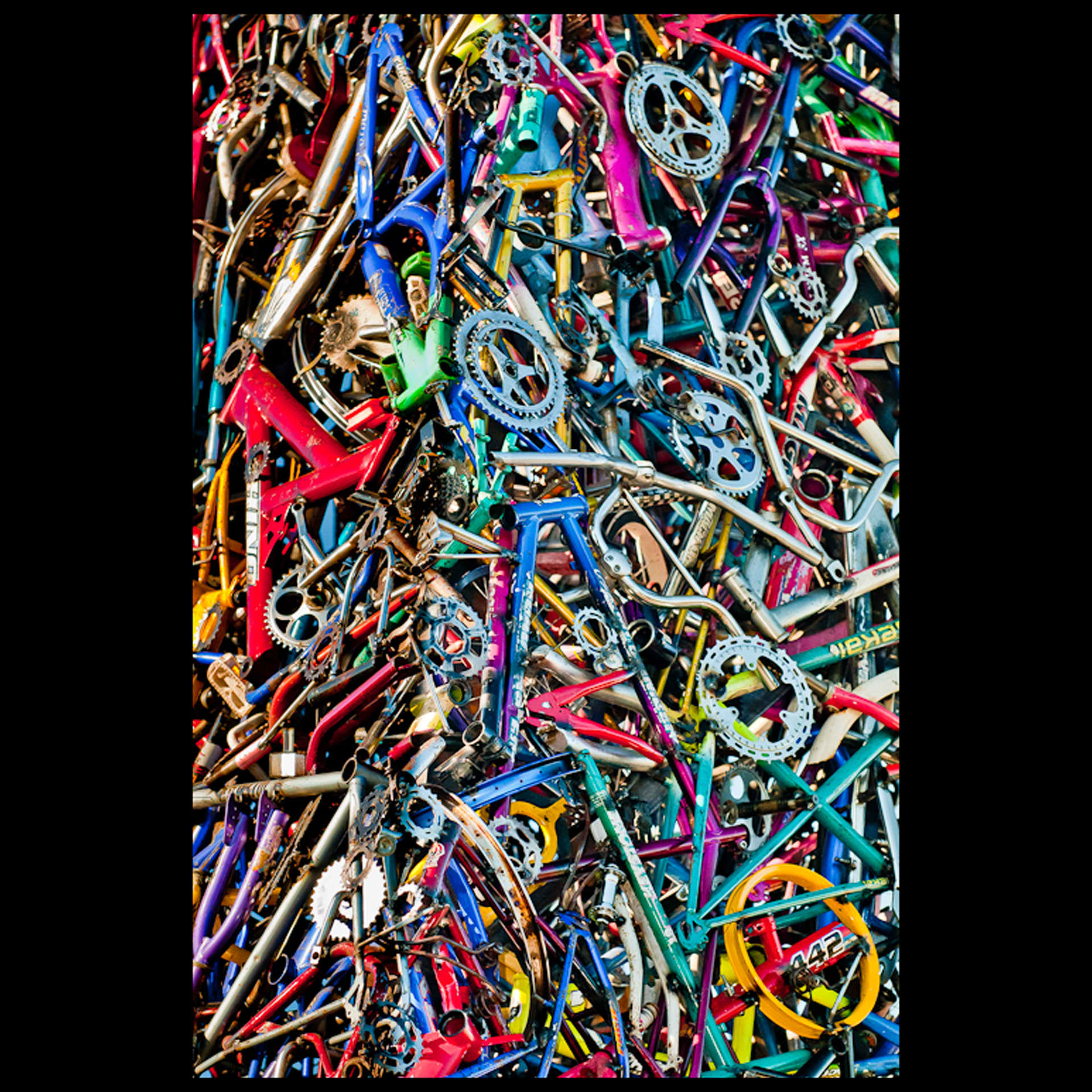 “Cyclisk,” is a sixty-five-high (five-story) Egyptian-style obelisk made from recycled bicycles; unusable bicycles were collected and cleaned, then welded to a steel superstructure to create the obelisk form.

We installed a landmark gateway public work – a sixty-five-foot traditional Egyptian-style obelisk made of reclaimed bicycle parts, bringing a sense of whimsy and regal ridiculousness to a previously downtrodden section of the City of Santa Rosa. Shaping a landfill-bound material into a “polished form” creates a series of intersecting rhythms – a visual metaphor for the human experience exploring technology and the humanities – history and possible futures – individual as well as collective for the City of Santa Rosa landmark, evoking a “world of possibilities,” for years to come....

Bicycles were collected from the debris bins of the following bicycle kitchens: Trips for Kids/Recyclery in San Rafael, Bici Centro in Santa Barbara, and Community Bikes in Santa Rosa, CA. All work was completed by artists.