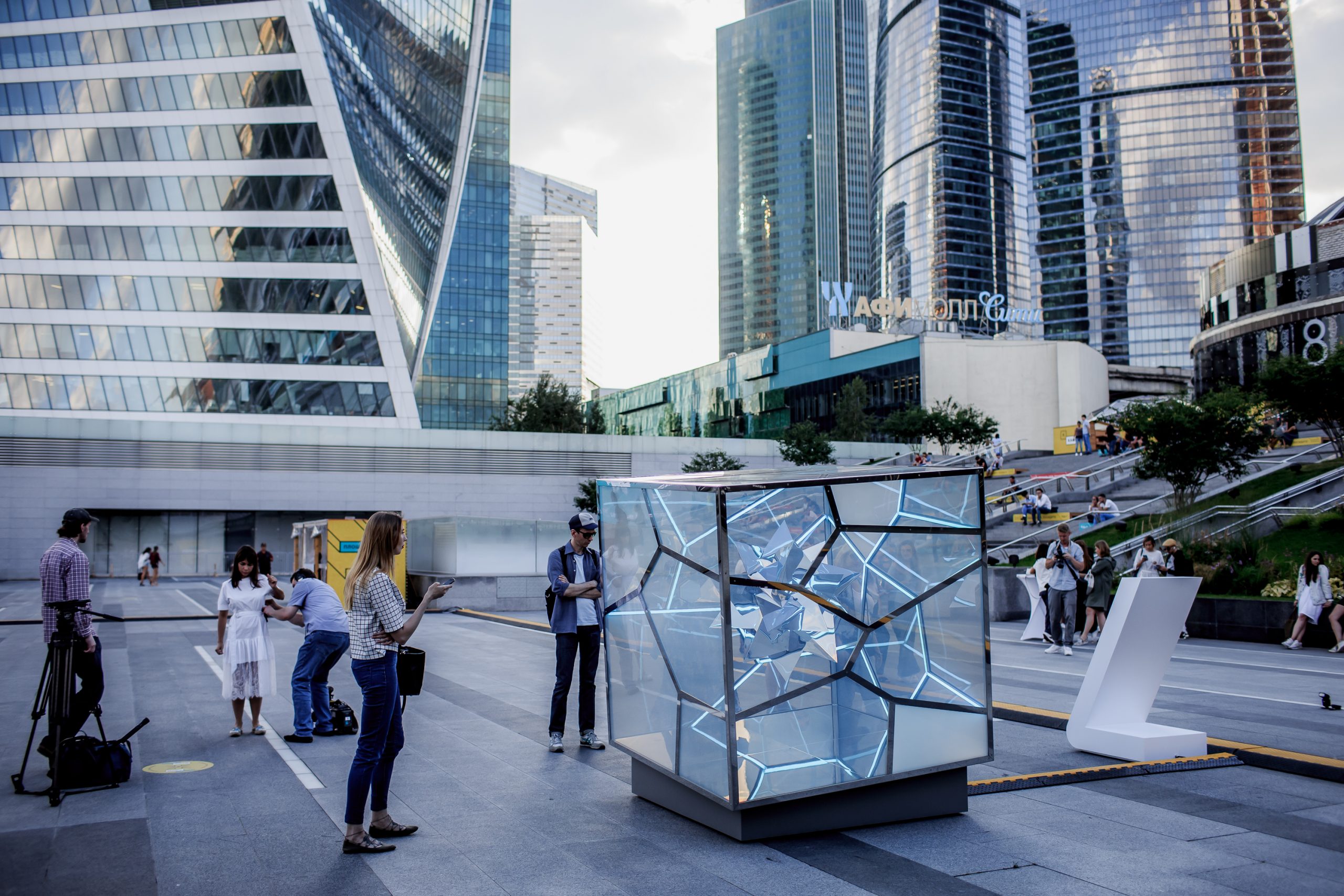 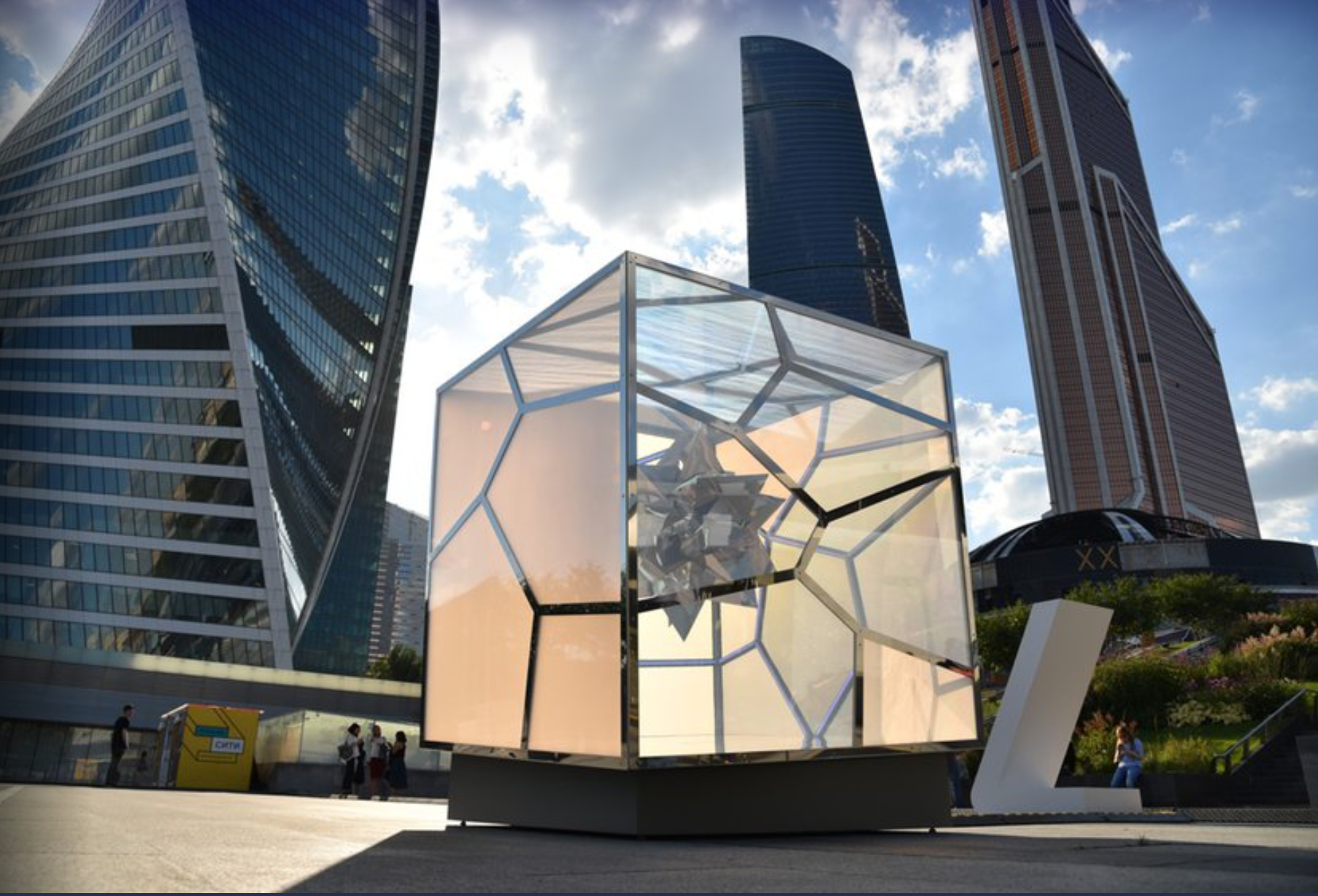 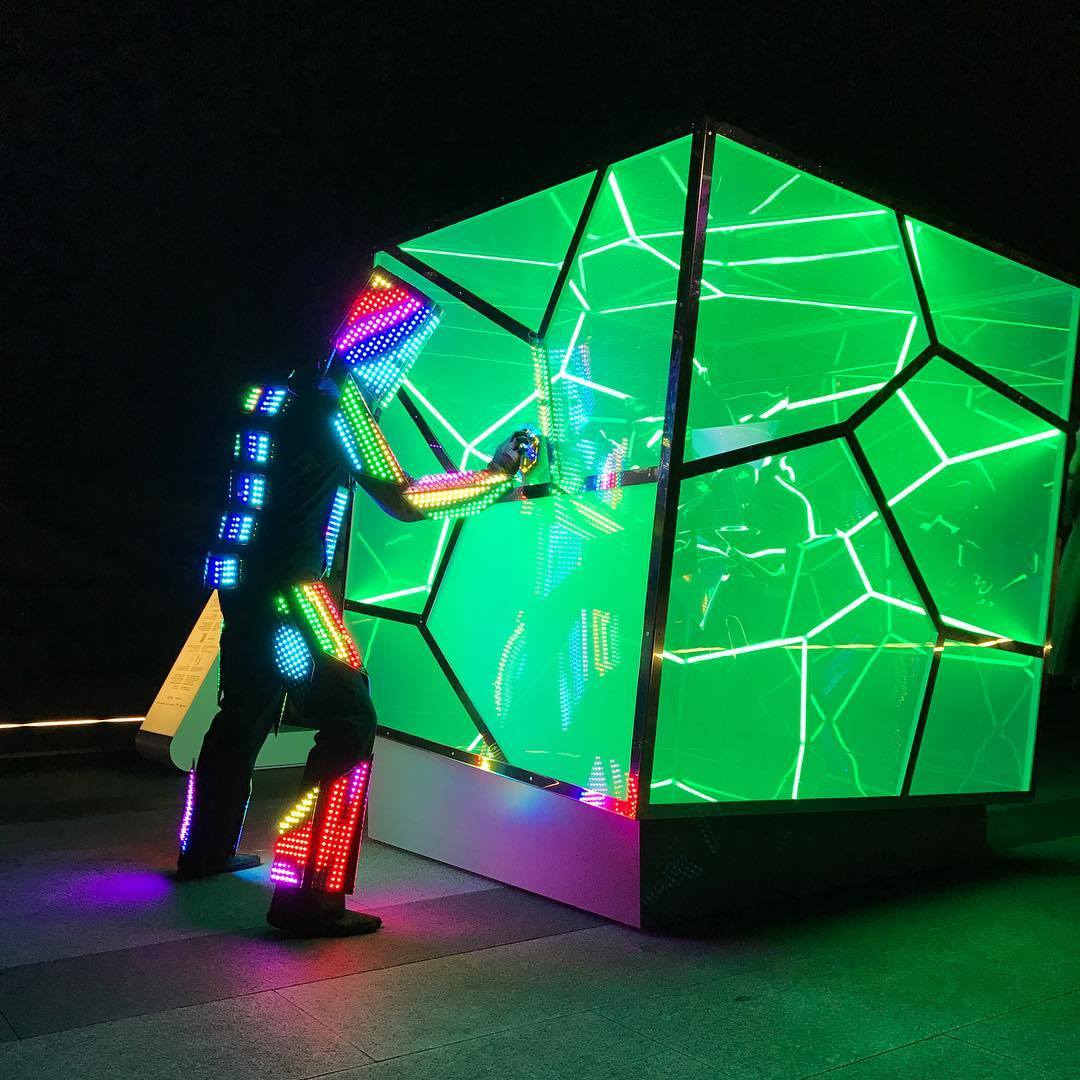 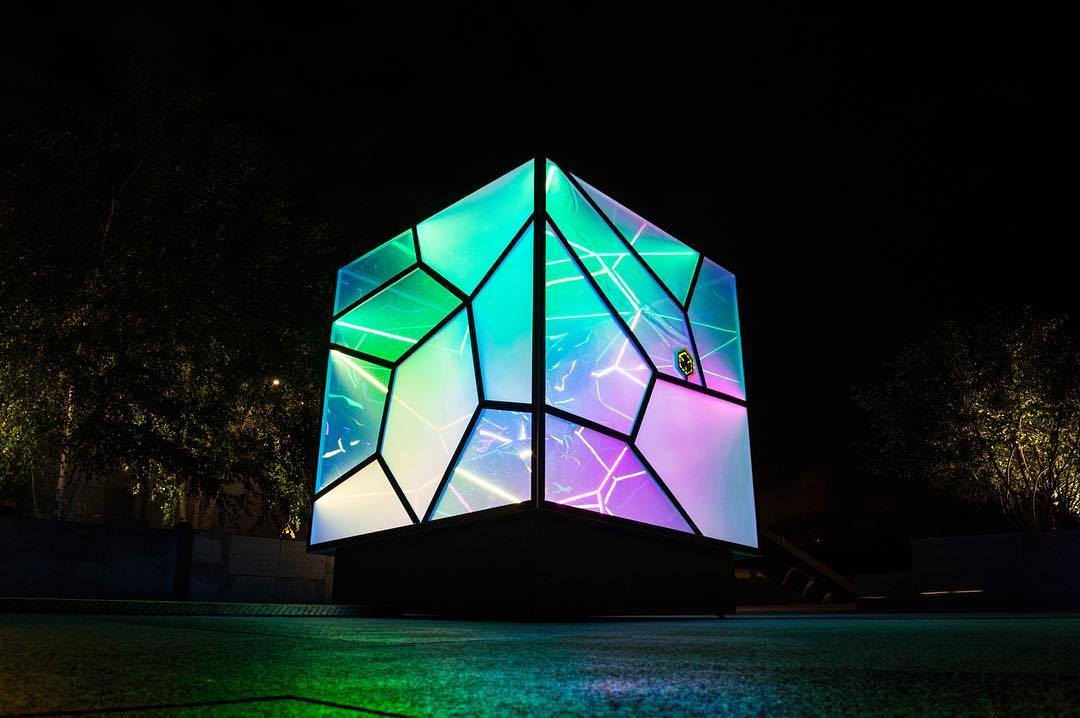 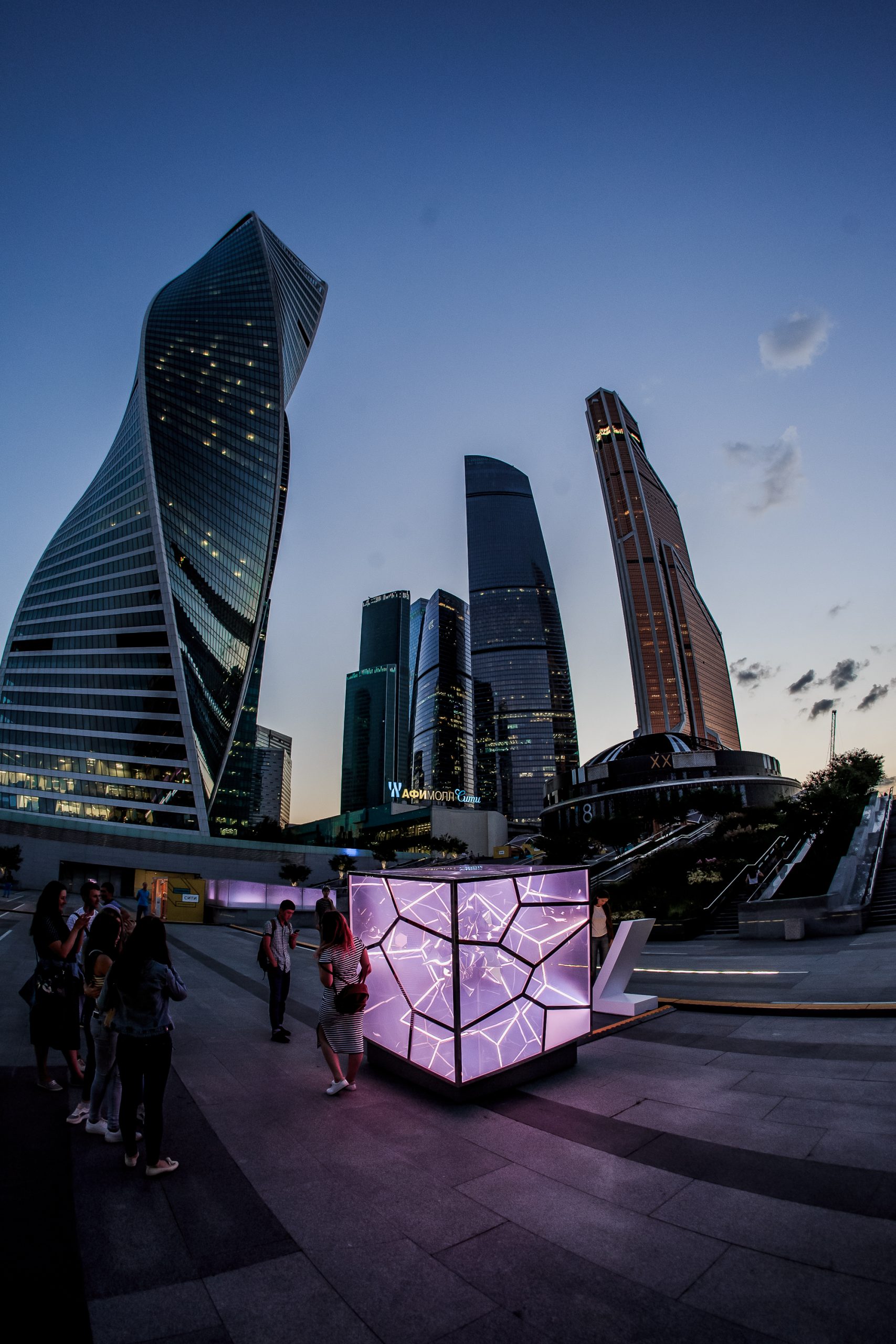 Public art project that utilise smart-glass technology and interactive mechanics. The core idea of this project is to reveal the opposition hidden/explicit art. This installation consists of several plexiglass planes with so-called smart-film coating on them. Inner volume of the art-object covered by controllable led strips that create random light patterns. The light changes its characteristics when visitor touches the object and surface of an object becomes fully transparent.

This public-art sculpture is a cube with faces delineated by polygonal shapes, and another object is hidden inside. In accordance with the idea of hidden art, by touching the surface of “Cubed/Uncubed” the object can be “awoken” — it becomes completely transparent, and only then reveals the “object hidden inside the object” to the viewer.
The object, enclosed inside the sculpture, is inspired by the art of origami. The aesthetics of origami — the Japanese art of folding various figures from paper — is close to the skillful manual work of Takumi, the Japanese masters, whose standards and rules are taken as a founding principle in the creation of Lexus cars.

One of the first works produced as part of Lexus Hybrid Art that adheres to the concept of hidden art is the work produced by young Russian artist Victor Polyakov. This is the only art object that was installed in the open space as a "teaser" for the Lexus Hybrid Art project.